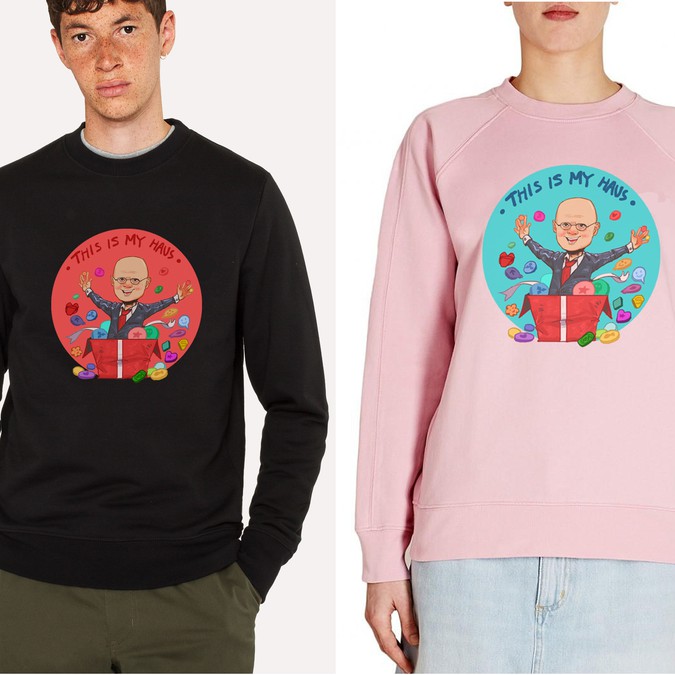 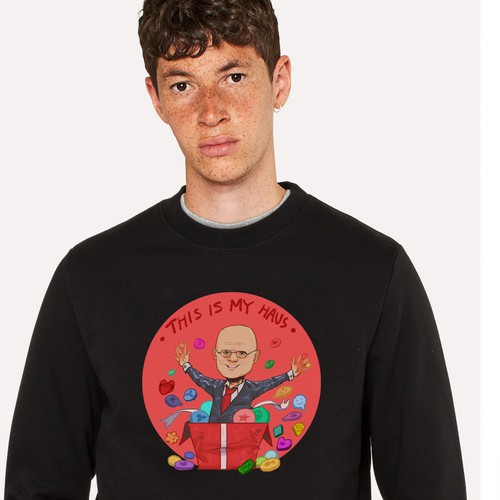 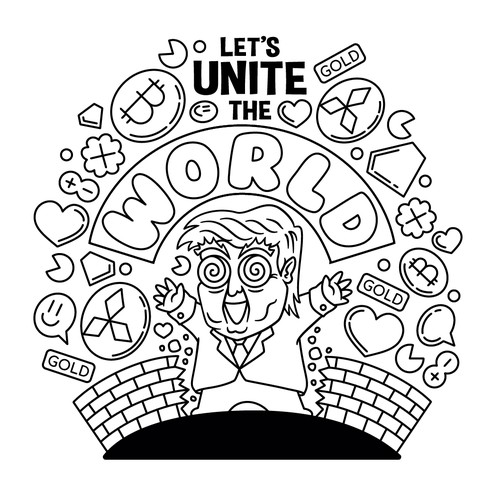 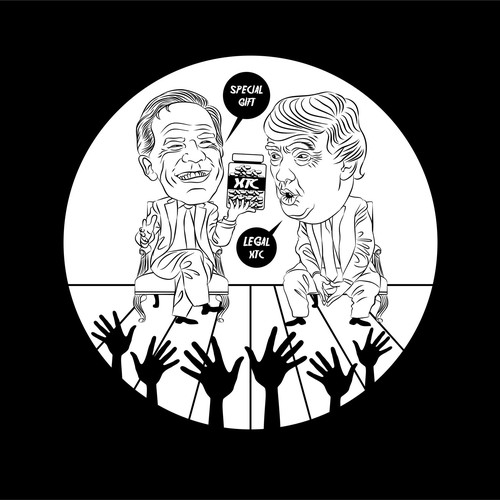 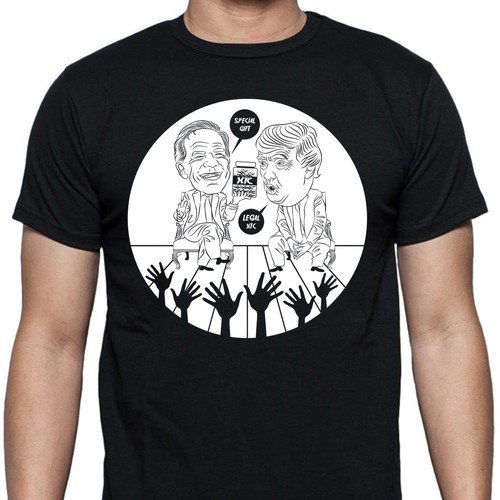 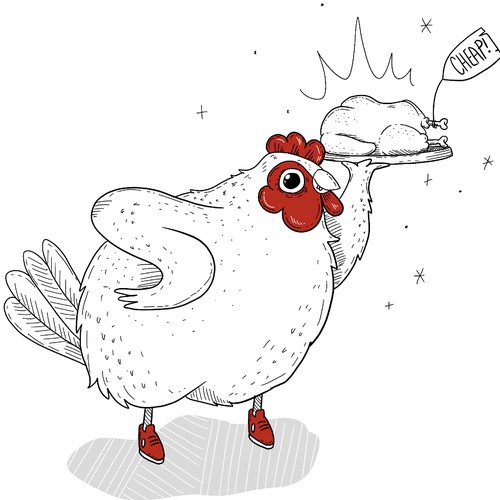 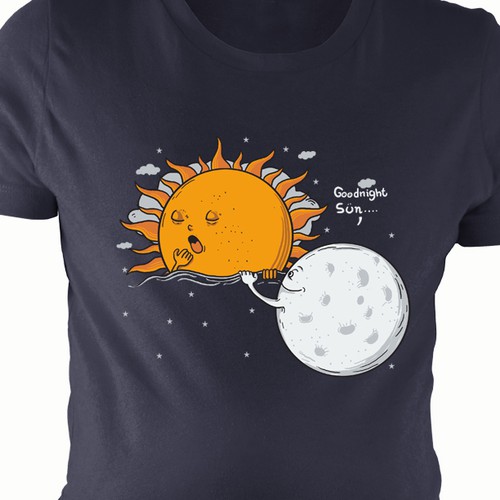 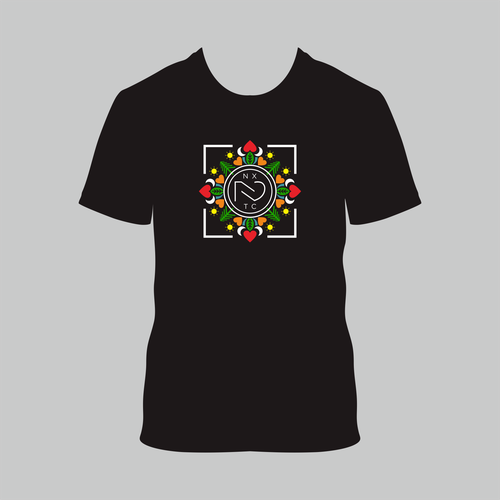 It has to look friendly/funny and/or stylish
Not dark, negative and certainly not gothic.
It can contain pictures, but illustrations/cartoon's would also fit our values. Illustrations and cartoons probably are less serious, and can therefore be better.

The logo may have a subtle / inconspicuous appearance. Eg in a label somewhere on the side. Also feel free to adjust the logo.

NXTC is a Dutch fashion start-up.
A clothing brand with a mission.
We would like to design a shirt or sweater. (and later a lot more)

See below for some additional explanation about our vision, and then the briefing for the design.

* Vision *
We live in a wonderful time where we can find all the information we are looking for super-fast. But we live, we think, also in a time where people often judge too quickly (prejudices). Or based on incomplete and non-nuanced information. And sometimes even based on fake news.

The clothing brand NXTC wants to make people think. Our mission is to inspire people to delve into the truth. We are going to do that, with fun and controversial campaigns on social media, and with our clothing.

* Shirt / Sweater design *
We would like to design a shirt / sweater that makes people think. You can choose the color and model of the shirt or sweater yourself.

We want to make people think about serious topics such as child labor, drug problems, prostitution, animal suffering, etc. But in a positive, humorous and not too serious way. It must look visually funny or stylish, but the story we tell may be daring and even provocative. The final result: first you look at a nice and cheerful picture, and then you see the message behind it.

You can imagine that based on this concept (funny / styling design with a serious message) you can vary endlessly. So feel free to come up with a concept yourself, which meets the above guidelines. You can incorporate multiple themes in your design, but you can also choose 1 theme. And feel free to choose other social themes than described above. As long as it makes people think. And it must have a cheerful appearance. Certainly not dark or negative. So it should not have a gothic style, but rather funny or stylish.

* XTC *
XTC (the drug Ecstasy) is becoming increasingly popular in the Netherlands and worldwide. The ecstasy pills are produced in the city of Tilburg, and largely exported to America. Because that is illegal, there is violence behind it and drug waste is dumped in nature. However, ecstasy use itself is not dangerous for public health, because it is not addictive. That is why it is also a socially acceptable drug in the Netherlands.

So it is a bit hypocritical that the following things can be obtained legally, while there is just as much a dark world behind this. You can justify arguing that these things should be illegal.

* Showing the contradiction *
On the front of the shirt you show themes as:
prostitution, tasty meat, party people with pills, cigarettes.
And then on the back of the shirt the misery that goes with it:
human trafficking, animal share, dumping of drug waste in the natural, people dying of lung cancer.
* XTC advertisment *
Alcohol, meat and tobacco may still be advertised.
It would be interesting to place a typical old-fashioned tobacco and alcohol ad on one shirt. Togehter with thirt ad: an xtc ad, in the same style. Of course, the xtc ad still needs to be designed, because it does not yet exist.

XTC is illegal after all. However, the social damage of XTC is much smaller than for tobacco and alcohol.

Content for the ecstasy ad:
Traditionally produced xtc.
Directly from the lab in Brabant
Enjoy but don't combine it with alcohol.

In the footer of those advertisements you could list some facts, such as: in smoking and alchol that it is very addictive, how many deaths occur each year. Ecstasy that it is not addictive and the number of deaths.

I can deliver those numbers to you if you want.

*Mark Rutte's present for Trump"
Our president Mark Rutte sometimes goes on a state visit to Trump. Then they give each other gifts. Sometimes cultural gifts, sometimes alchol.

Many people in the Netherlands who hope that the production of ecstasy pills in the Netherlands become legal. It would of course be a striking an playful stunt if our president would give him a bag of ecstasy pills. That would produce a hilarious image, which is nice to portray on a shirt. It is some kind of desired 'flash-forward' according to people who agree that XTC should be legal.

---
Those where just some ideas. Again, you can think of something else yourself.

If you have any questions, please let me know.

My advice is to first quickly sketch out your design or just describe your idea. Then we can discuss together what we think of it, and then work it out nicer.