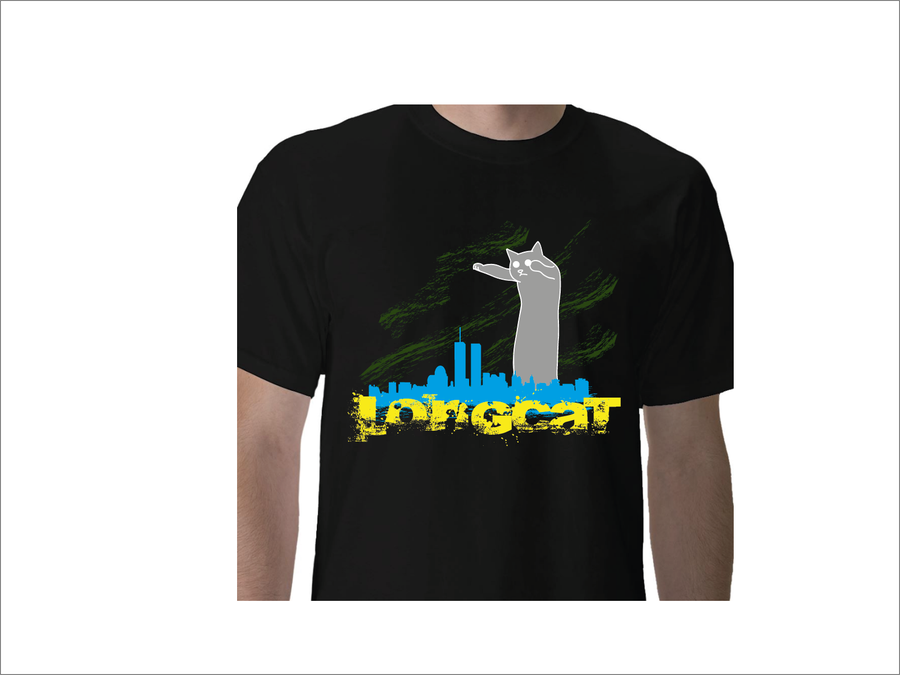 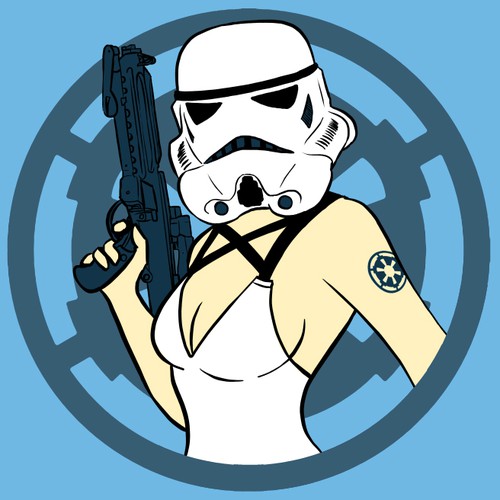 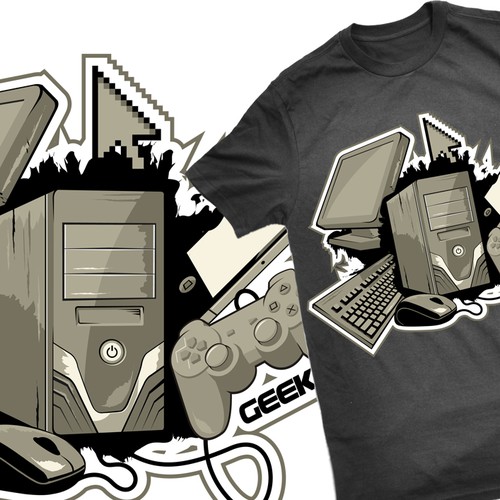 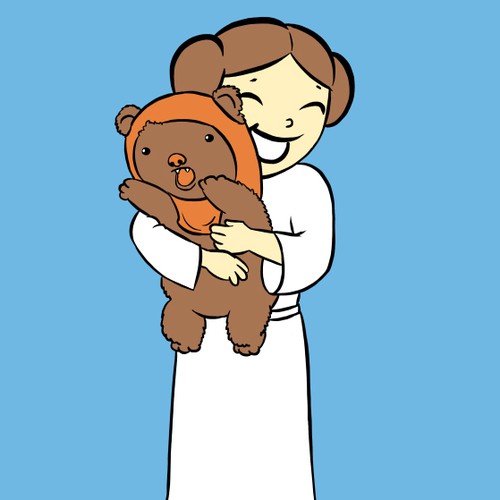 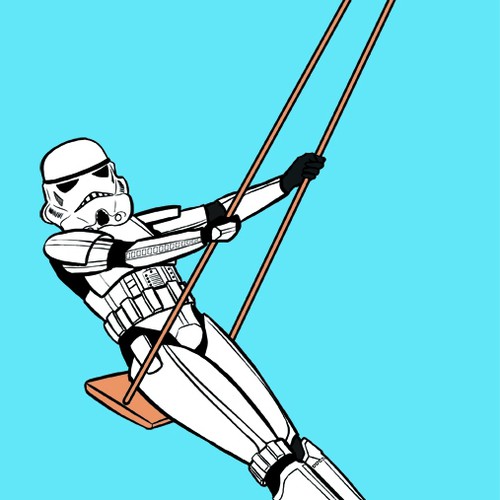 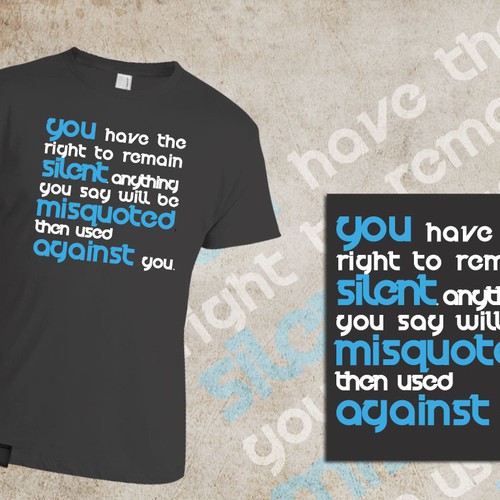 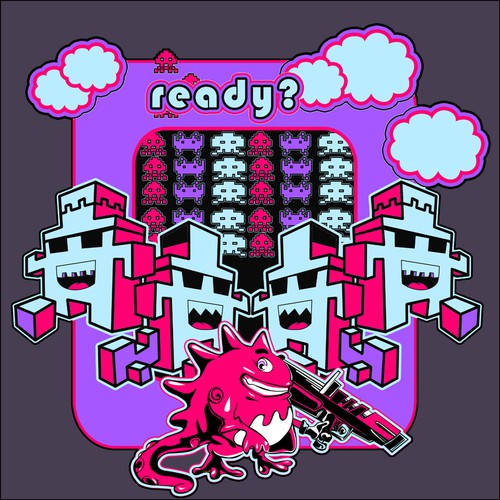 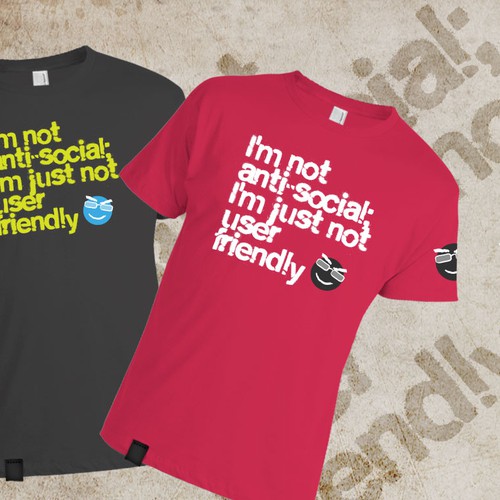 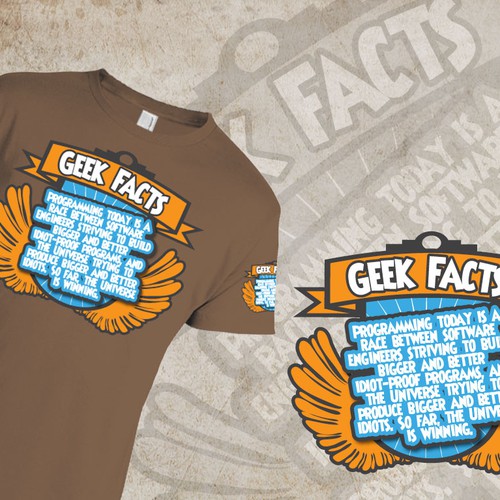 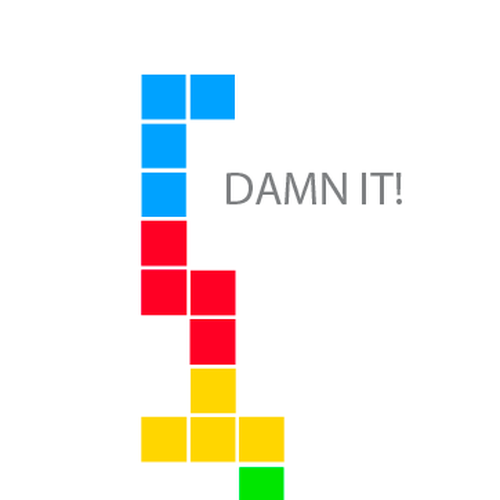 In our online shop you can find nearly everything that makes geeks happier: Geek shirts, USB gadgets, high-end keyboards, sophisticated tools and much more! For this contest, especially our geek shirts are interesting, so please visit our homepage to find them: http://www.getdigital.de/index/outfit

Some very rough ideas which designs our target audience probably likes very much:
Internet memes (longcat, lolcats, etc)
Robots in any way (e.g. emphasizing the difference between technology and humans: a little girl giving flowers to a robot or a woman hugging a robot with the slogan love technology, etc)
Physics: Quantum mechanics. Killing cats since 1925 (maybe like a whiskey or beer label)
Something inspired by computer games, especially (but not restricted to) retro games like Space Invaders, Tetris, etc (remember the brand names, do not use the word "Tetris" for example)
Anything refering to popular internet websites (like facebook or twitter) or to blogs in general, etc
References to the annoying job of IT admins

Please look at our current assortment for many many more ideas.

We want to add cool shirts to our assortment. Please have a look at our website http://www.getdigital.de/index/outfit to get a rough idea what we mean and please read the target audience description to find out who should be attracted by the shirt designs. You will probably notice that most of our current shirts consist mainly of text and some easy graphics, but that is something we want to change with this contest (so feel free to use an existing idea which we already sell)

To the design itself: It is much easier for us to print designs which do not use color gradients, but only distinctive colors and which are restricted to 5 of these colors. We also need a vector graphic (AI, CDR or EPS), no pixel graphics please. Please also try to reduce the number of colors, so if an additional color is not needed, please remove it (but do not do this if it affects your design too much). The size of the design should not exceed about 25cm*20cm.

Please also notice: The above restrictions about colors and size can be violated if the design is really really perfect. We can print nearly everything, but the more different it gets from the restrictions above the more work it is for us.