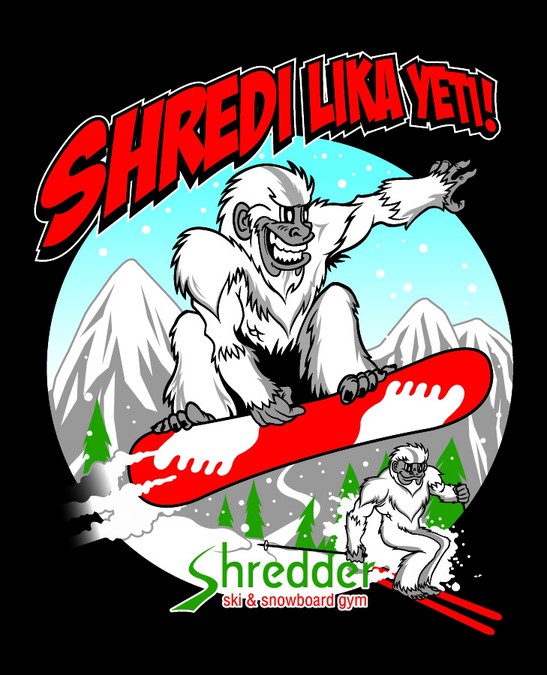 Create a quirky, artistic yeti shredding up the slopes 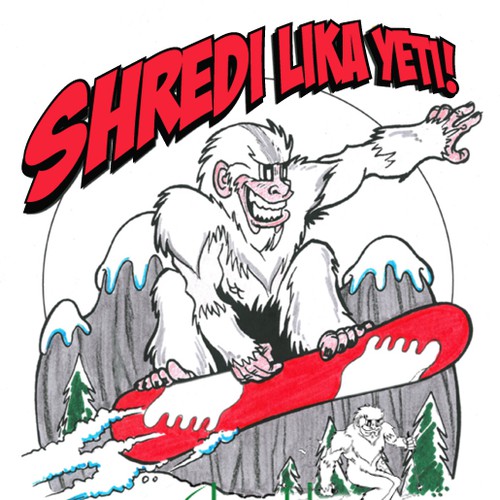 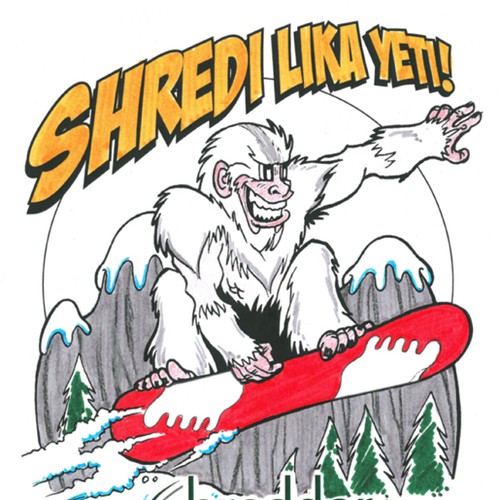 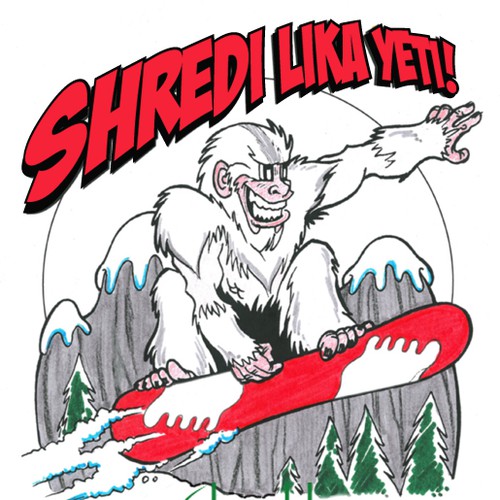 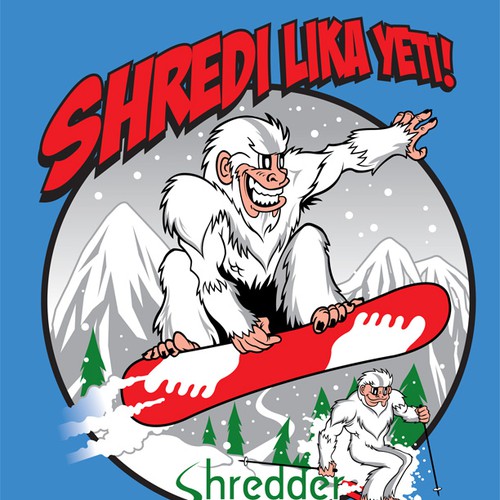 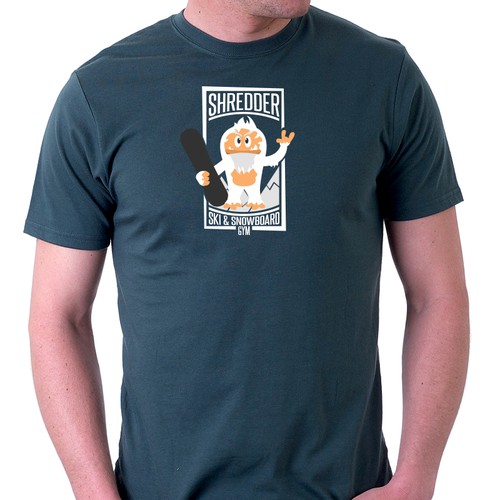 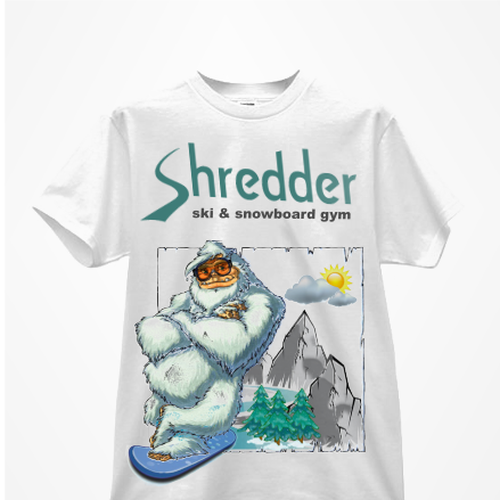 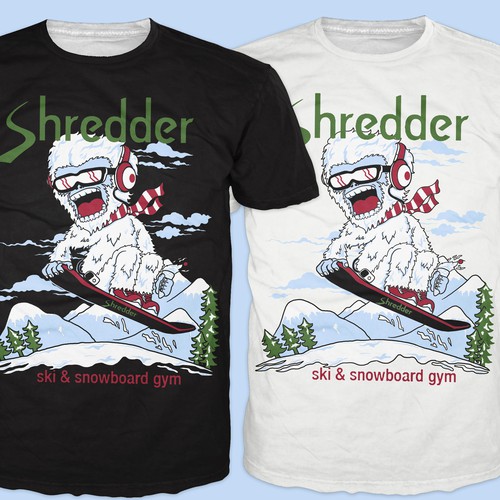 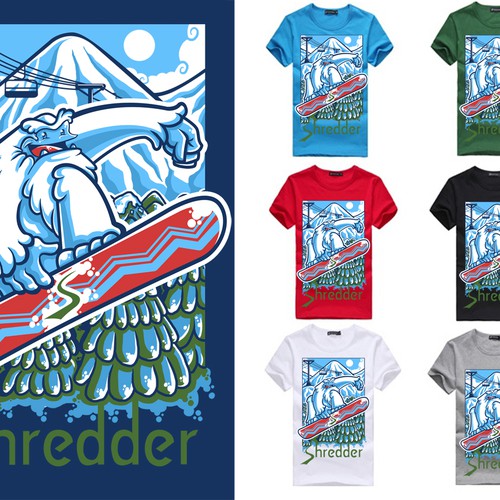 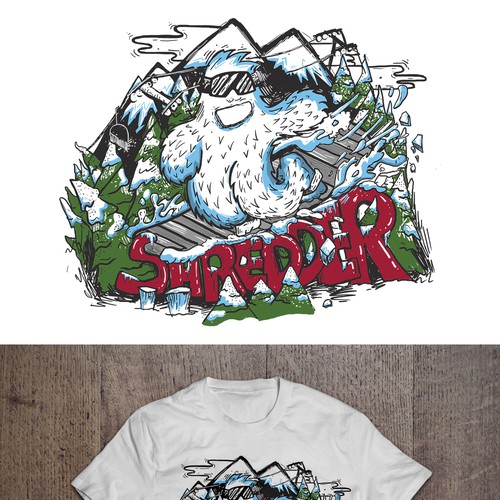 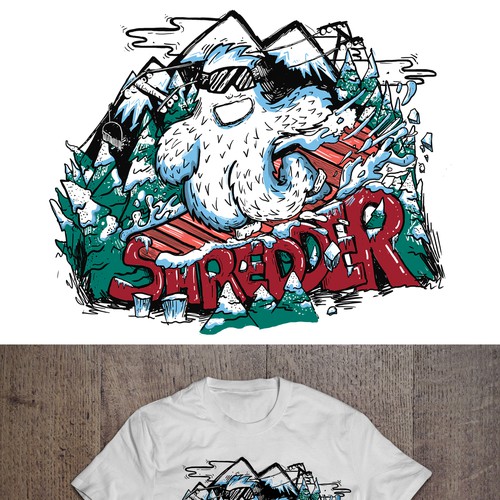 We would prefer a white or black t-shirt. Funny, Light, Quirky, Eye-catching, "Family grunge" or hipster

We would like a yeti(s) to be involved. We are a kids gym who primarily focus on teaching kids to ski/snowboard and be active. The main idea would be a scene depicting a yeti(s) skiing/snowboarding/sledding/rolling down a mountain.

It would be nice if our "S" logo could be included somewhere in the design, but will consider designs excluding them depending on the artistic value. The name of our gym could also be worked in - "Shredder". This font is generally in forest green, and could be included anywhere on the design. One idea might include some trees near the bottom extending into the green "Shredder" name at the bottom.

The yeti(s) can be silly, doing tricks, skiing, snowboarding. We would prefer a mountain scape with snow. Background art could include a sun, silhouette of a chairlift, or anything else pertaining to a ski resort or ski "experience". The funnier, more catchy and more quirky, the better.

A secondary option could be a "full body" yeti - with the child's head being the head of the yeti.

Anything vulgar or politically controversial. Shirt is being worn by young children - we want it to appear to be funny but not to represent any views or opinions of an inappropriate or political nature that would polarize anyone.