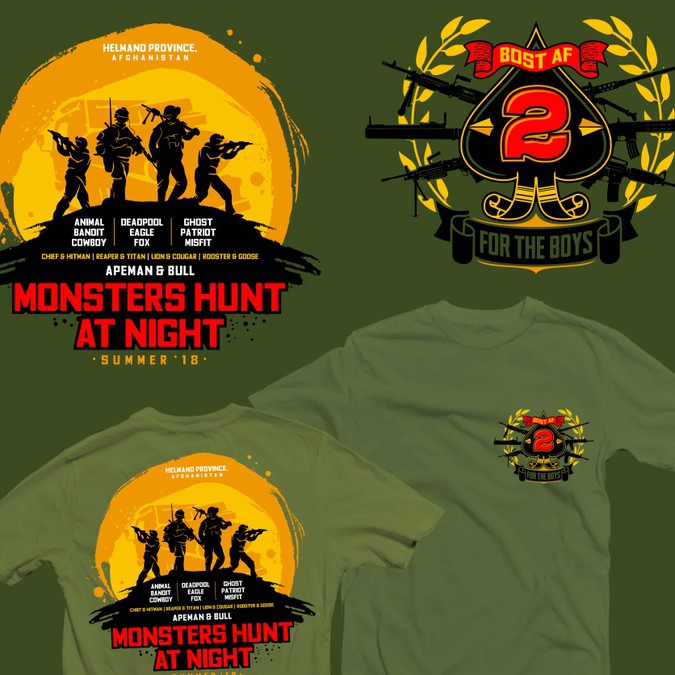 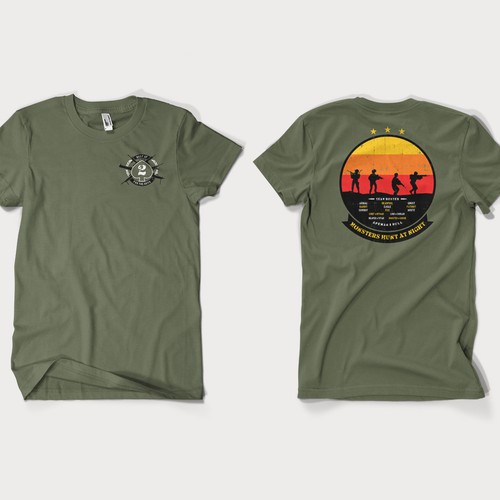 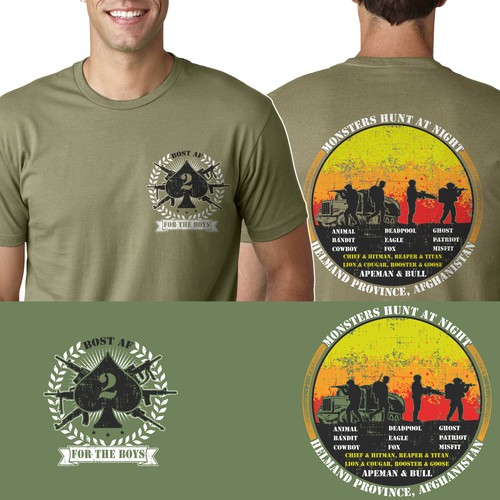 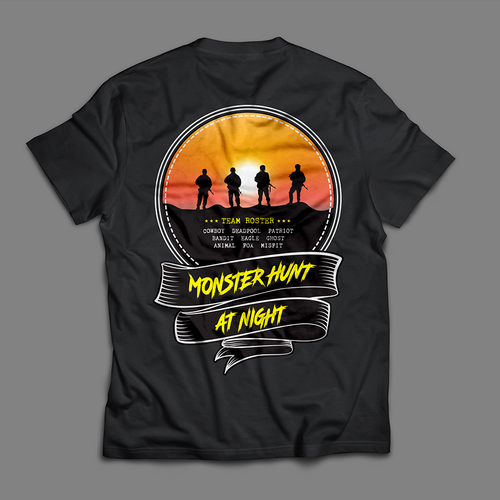 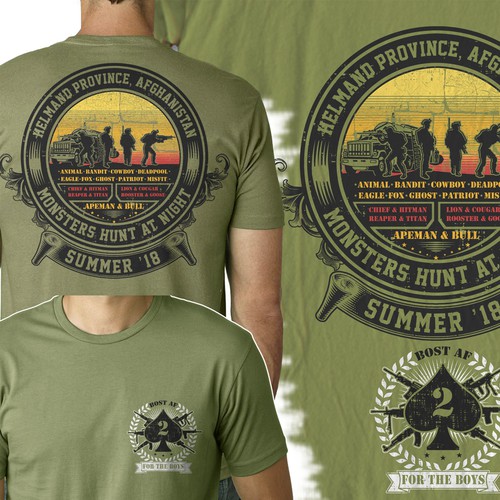 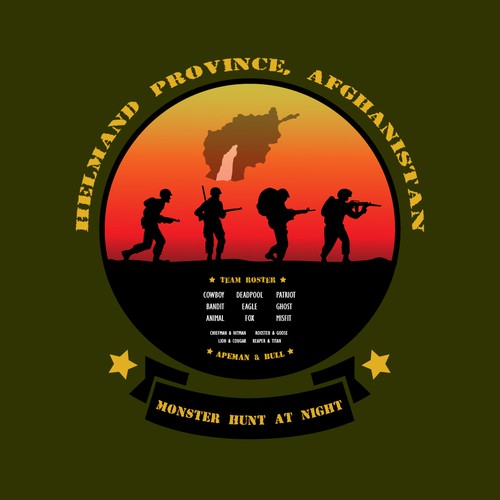 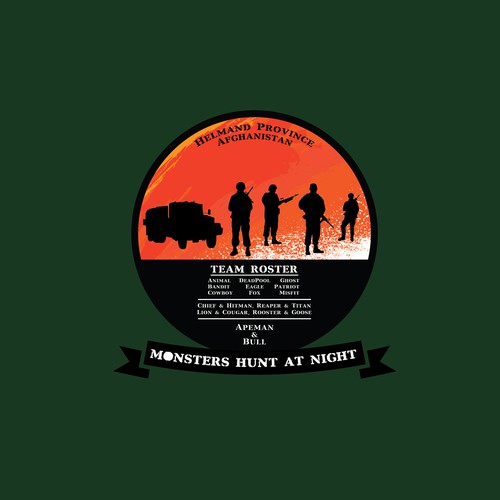 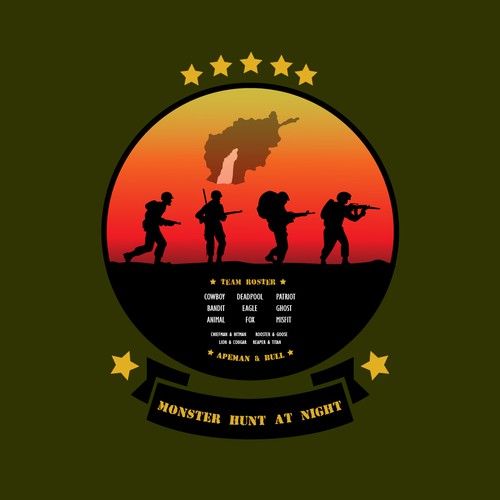 Front: left pocket size logo - spade or arrowhead with the number 2 in the middle. On top of arrow head/spade it will say “Bost AF” and the bottom will say “For The Boys”. Surrounding the spade, or coming out of it if you will, I would like military weapons going in a circle. M240B, LAW, M4, M27, M2A1, M249 SAW etc. Ceasar leaves around the spade to the left and right
Back: A large circle with the main image being 4 Marines on a patrol with a sunset in the background. I would also like a blue water truck somewhere in the background (I included a picture of what I’m talking about). 2nd Marine should be carrying a M240B. Underneath that image, but still in the circle I want team names listed. “Animal, Bandit, Cowboy, DeadPool, Eagle, Fox, Ghost, Patriot, Misfit.” Underneath those names I want “Chief & Hitman, Reaper & Titan, Lion & Cougar, Rooster & Goose.” Underneath that I want “Apeman & Bull.” Underneath the whole circle I want it to say “Monsters Hunt At Night”

I would also like Helmand Province, Afghanistan somewhere on the back of the shirt.

I would like a water truck in the background of the Marines on the back of the shirt. Above the circle, I’d like text that says “Helmand Province, Afghanistan”, and the bottom text that says “Monsters Hunt At Night”. Thank you!

Yellow color text of any sort.