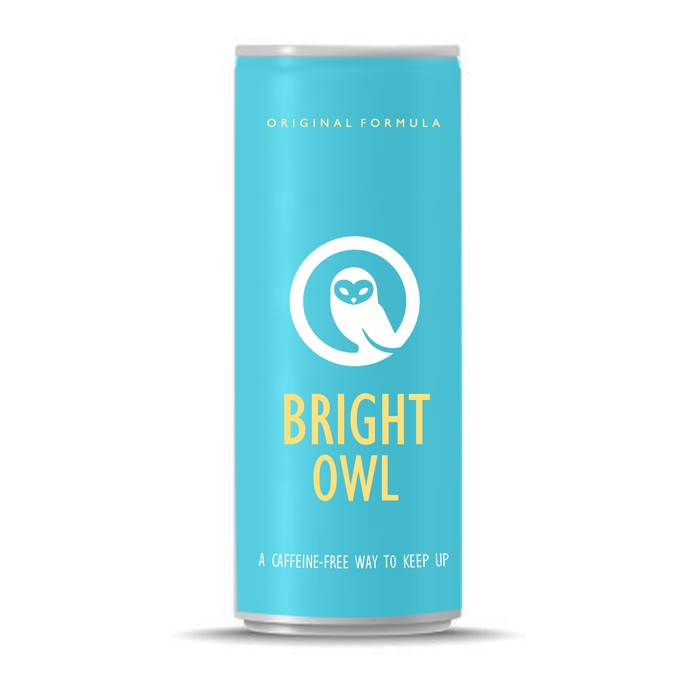 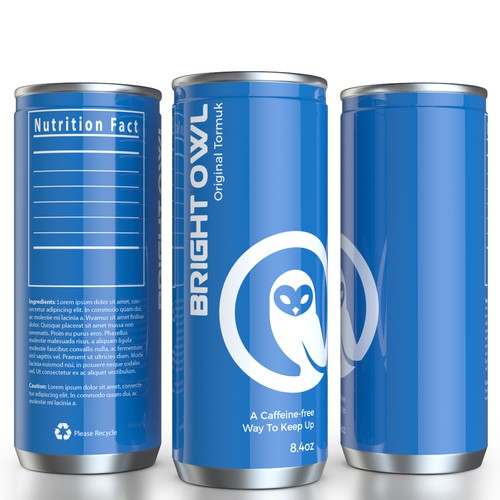 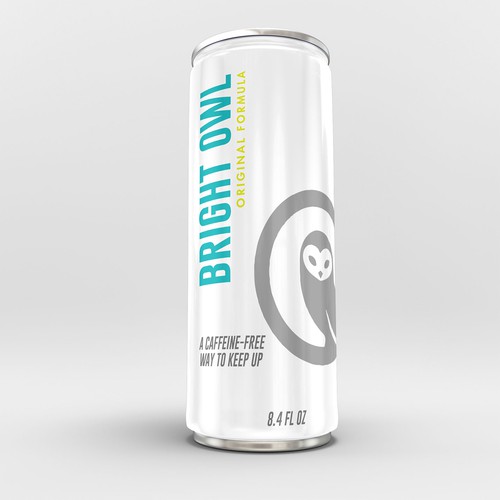 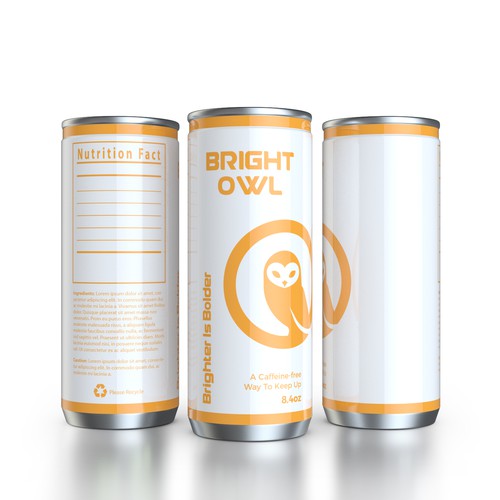 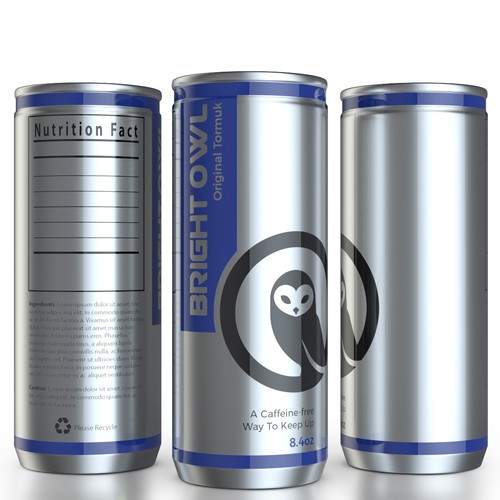 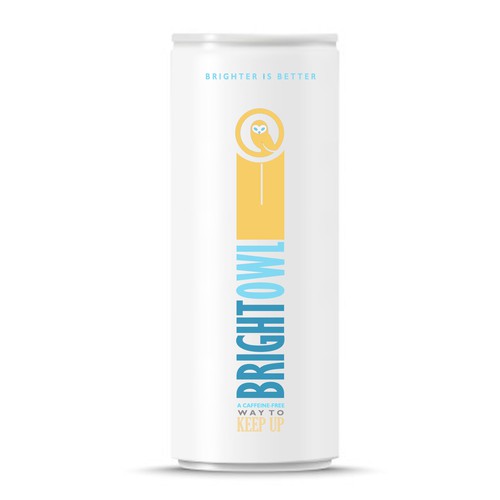 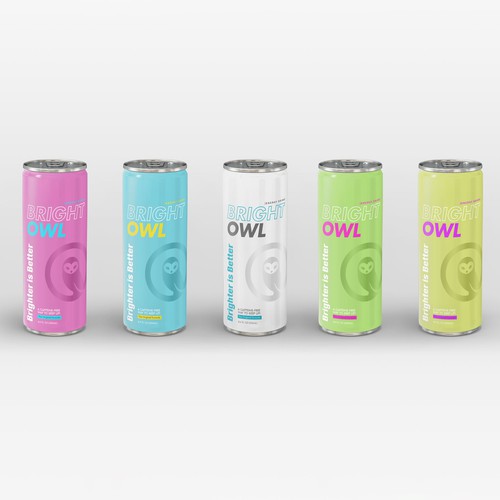 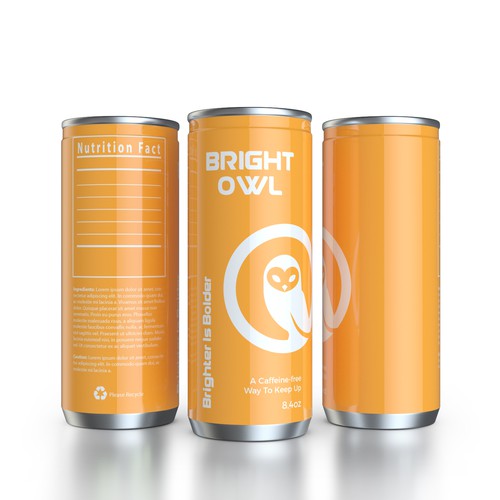 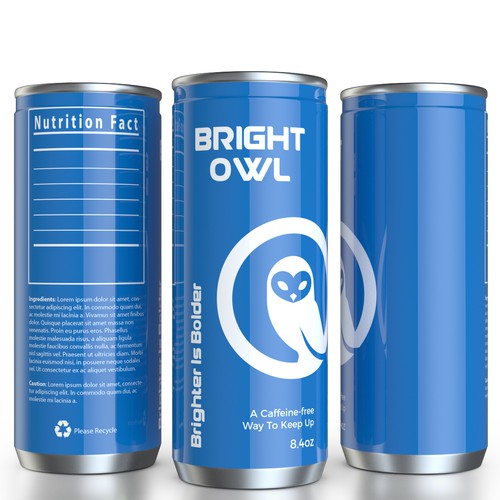 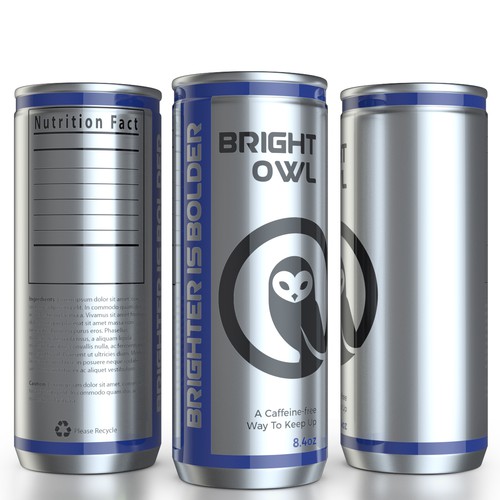 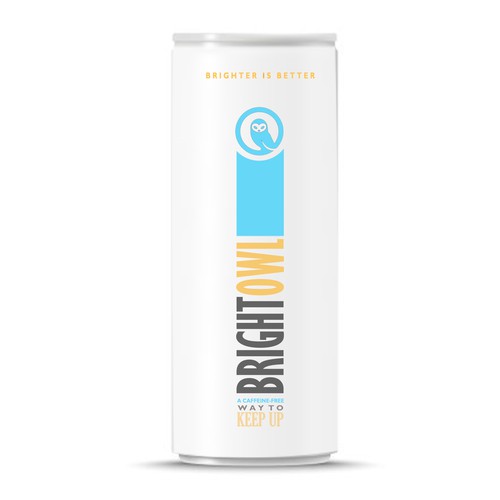 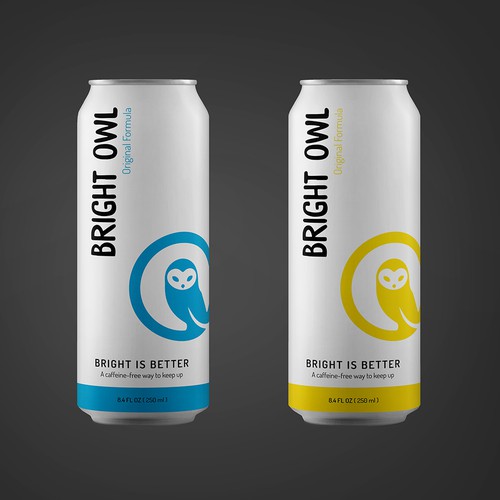 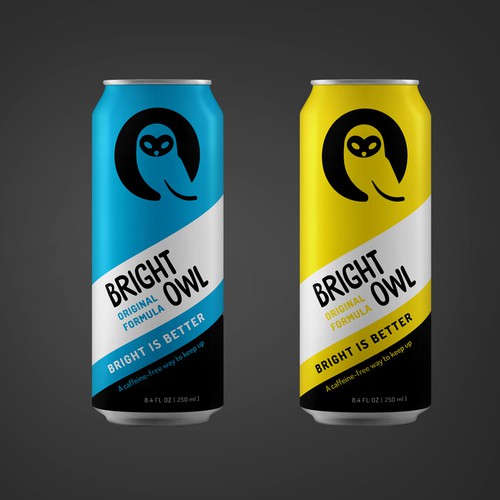 Clean, crisp, modern, and bright!
The colors are nice and the bottles are bright yet have variations between products.
Funny, great art, friendly, bright. These are cool. (Minus the red for "Red" Russian).
The colors, the vertical lettering, the white accents.
We like the white and colored lettering for accents, and how they change from product to product, which we need to set up wince we'll keep in touch with the artist for the other 3 products.
It's a can! The white one is nice, with the vertical lettering, which we wanted.
The blue and white accents, and the color variations among the products which we'll need later.
The brightness, and the color variability the design allows between silver and white, and yellow and white.
We like the blue with the white accents, and we like that it's bright.
The animal design and the options for color changes between products. (We'll have three other SKUs launching after this one -- a caffeinated version, and the sugar free versions of each).

ANYTHING on the blue and gold spectrum -- blue up to Aqua, orange up to yellow/gold. We want those colors with a white can, or silver, or would even consider a pale blue, only with lots of white.

We'll post some pictures of what we have in mind, so check them out. Our mantra was no red, no purple, no green, though if you have something novel (a gold can or something), then try it out. We can work with anything once we see it and get all pumped.

"A caffeine-free way to keep up" -- Bright Owl is an energy drink that uses nootropic compounds (smart drugs). It's essentially a caffeine-free energy drink to help with caffeine tolerance and find better ways to get off the cycle and keep up performance, while actually having no tolerance and withdrawal and being good for focus and flow state. Inspiration, creativity, a muse in a can.

Anyone, but we think of millennials and silicon valley types to hopefully lead the movement. But we think of coders, moms, kids, office workers, athletes, artists, poker players, etc -- male and female, with our launch starting in Boulder, Colorado -- slightly higher income, trendy, health-conscious buyers.

We included some pictures as reference, but we wanted a white rather than a dark one (or very light can -- like a silver or a light sort-of-silver blue, or a gold, could be considered with white lettering).

We wanted our logo featured in it somewhere, but we dont necessarily care where -- some passes had it center, some had it lower, some higher. Can do watermarking stuff ala the new red bull cans if you want. That'd be neat.

We liked a combination of vertical and horizontal lettering.

Tagline is "Brighter is Better" and descriptor-tagline is "A caffeine-free way to keep up."

There's no dieline or anything vectored so no need for anything too detailed -- that's for our canner to decide. All we need for now is a general rendering which will convey first impression -- color and placement of art on can, that we can change/swap around based on each spec (mainly color variations).

We wanted to avoid greens, reds, and purples.

Otherwise go nuts. If anything, the odd red or color violation might be tolerated if it's dope enough.

This is a variation of our corporate logo for now.
Sketch where we're trying to ape a white can with the slow cow/red bull aesthetic of vertical and horizontal lettering. You can see we can't decide, and aren't married to either one.
Another variation of our corporate logo.
We liked the vertical lettering and the simplicity and the fact that it makes you smile -- it's funny. We wanted our can to have a similar first impression.
Another twist on the company's first can, this time with blue accents we dont hate.
We chose the latest red bull launches because we liked the modern watermarking of the logo, as well as the vertical and horizontal lettering.
Different color twists on the same design.
Blue version of the design we liked.
Our can can be silver, light blue, or white with the blue and gold accents rather than a darker silver, so this was included to show that base foundation.
From the beginning, we wanted this color scheme -- blue and gold, beachy, friendly, only with more white. When we saw this can at a grocery store we collectively went "Fuuuuuuck." We like it. Not the can itself, but the fact that they went with this bolder scheme.

Australian Agri Health Foods Need a New Label!
999 AUD
Health conscience individual, seeking healthy, natural food sources. Supporter of Australian farmers and growers, who wa
64
entries
10
diseñadores
Create a label for a new wine brand for a Texas renaissance festival!
$299
Rennies in their natural habitat. Folks who are a little weird and not ashamed of it hamming it up and having a great ti
35
entries
6
designers
Design a retro bionic unicorn for Unicorn Riot Vodka
$299
Ages range 21 and over men and women
52
entries
9
diseñadores
Design a premium gin bottle for Iceland
USD 799
People who have money and like to enjoy the nice things in life. They are connoisseurs and look for authentic products w
61
entries
11
designers
Premium Vinegar Bottle Labeling
A$689
Asian and Western audiences 30-50 yrs who can afford a boutique vinegar to go with premium cooking ingredients
94
entries
11
designers
Create a can label for Big Sissy Lager
€259
First-time craft beer buyers. People of all demographics who are accustomed to buying domestic Spanish industrial lagers
79
entries
18
designers