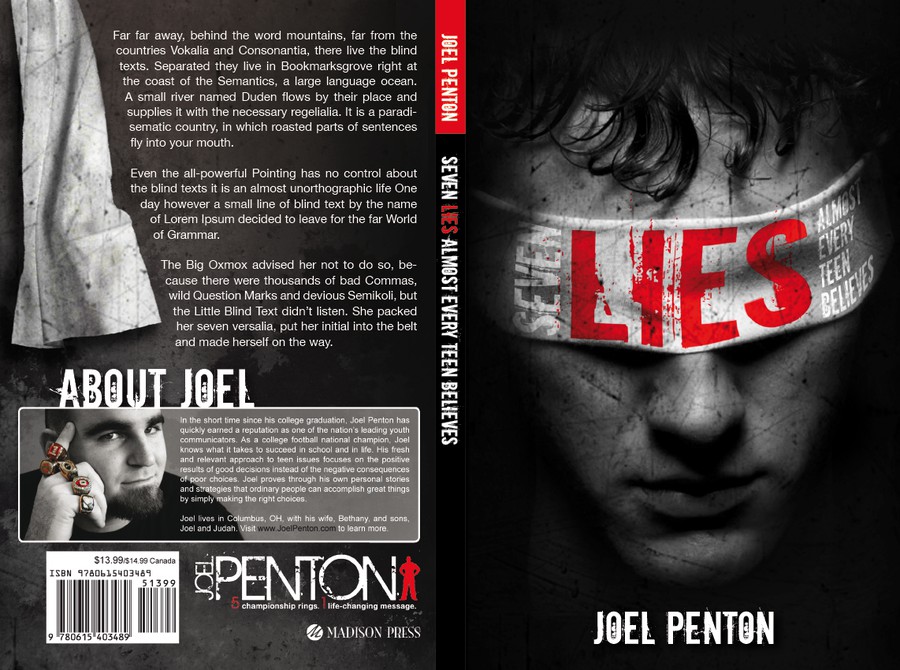 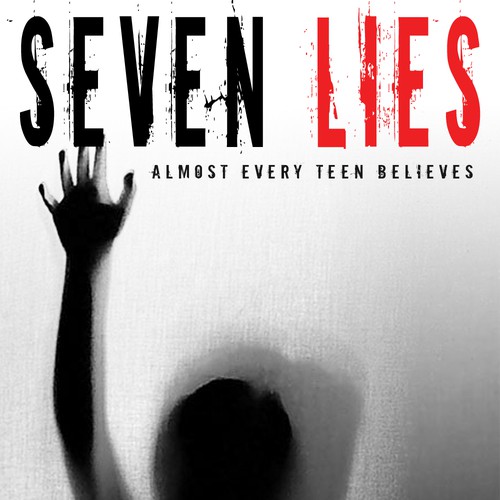 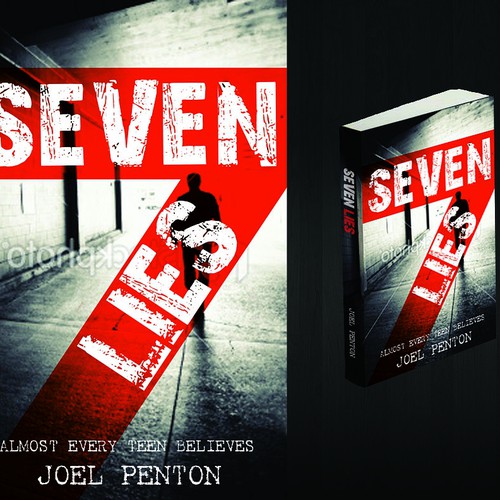 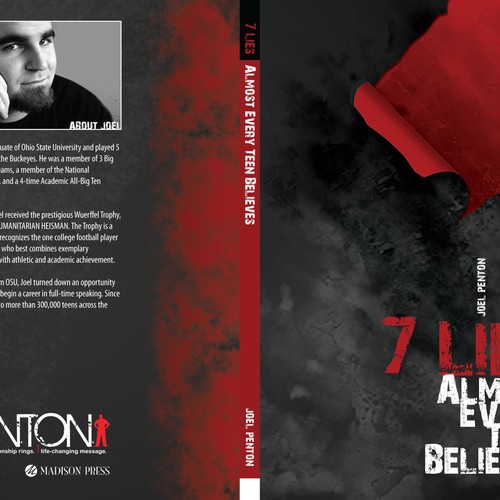 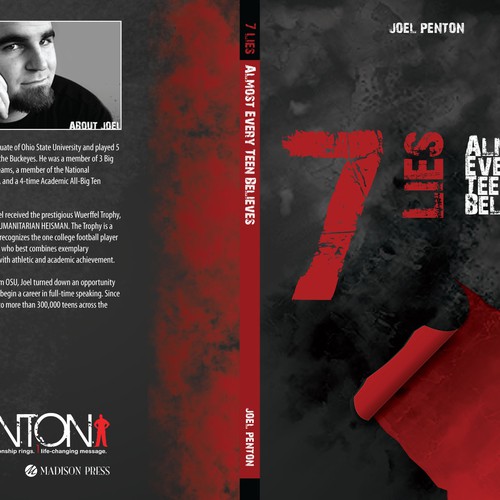 I need a cover design for my book. It is a 8.5x5.5 perfect bound book and approximately 200 pages. The title is "Seven Lies Almost Every Teen Believes" The author's name(my name) is Joel Penton.

The cover needs to be bold and edgy/hardcore. It could even be mysterious and/or slightly freaky playing off of "lies" but i will leave it up to the designers' creativity. The word "LIES" should be most prominent, then "SEVEN" and then "ALMOST EVERY TEEN BELIEVES" should be least prominent, maybe even like a subtitle.

The colors should be black, white and red. If there are any pictures/photos, they should be gray scale.

It is very important that this book stays "on brand" with others things that we produce, particularly my first book, "Stand Your Ground." The cover file is attached. The SYG cover is primarily black with white and red highlighting. I was thinking this book would be primarily red with black and white highlighting but I am not 100% locked into that. This "seven lies" book should definitely complement SYG. The two books should really look like they go together (although I would like Seven lies to be more edgy). For that reason I would like to see the font "downcome" utilized though also, not 100% locked in to that. The bottom of the back cover should have a very similar layout to SYG. Designers should also check out my site for the branding feel - http://www.joelpenton.com

I don't have the final text for the back cover but space should be left for about the same amount of text as SYG. I will work with the winning designer to drop in the final text.

Here are some ideas I had. Feel free to use them or chuck them:
- similar watermark look as the SYG book
- an effect that looks like the center portion of the page has been ripped off, exposing the evil underneath (a metaphor for revealing lies)
- use the red man(see syg book) in a prominent way
- a teen blindfolded (metaphor for deception)

I would like the final product to be a photo shop file.

The book is written with a very casual tell-it-like-it-is style. One of the premises of the book is that I am sharing stuff that is typically "off limits" and will be offensive to many people. But this is stuff the reader NEEDS to know.

Create a Logo for the world's best selling snack foods.
899 $
rhōm is a nutritious snack food label. The word rhōm is an alternative spelling of roam. From grass fed, grass finished
134
entries
48
Designer
Travel education podcast needs cover art with Michigan theme.
USD 199
We give suggestions to residents of or folks looking to travel to Michigan. We talk about events and festivals happening
108
entries
16
diseñadores
Logo design needed for a creative pond & waterfall builder
899 USD
Build ponds, waterfalls, fountains and recreation swimming ponds. For people who love the outdoors and want to own a pi
101
entries
36
designer
Dental practice specializing in root canals needs a logo!
299 $
We are a dental office specializing in root canals. We like the idea of using our name and the Pittsburgh skyline behin
47
entries
9
Designer
Book cover needed for ultimate fan guide to the Fast and Furious movie franchise.
$749
Fans of the "Fast and Furious" movie franchise. These movies are consumed by a massive global audience, ranging in age a
110
entries
37
デザイナー数
[Modern Magician needs classy business card design]
£ 239
I am a professional magician who works for private parties, weddings, and corporate events. My audience is mainly adult
308
entries
24
designers

Jetzt starten
Design a new logo for a social-media-focused business training program
299 USD
We train entrepreneurs on how to launch Facebook Groups that generate high profits. The logo text should be "High Profit
127
entries
49
designer
Create a logo for GameStars
$899
GameStars is a competitive eSports platform that offers variety of AAA games where people can play thousands of tourname
120
entries
66
diseñadores
Luxury Wedding Boutique Design
399 $CA
We are a multifaceted company offering beauty and planning/design services in the wedding and event industry located in
81
entries
19
designer graphistes
Strong Simple Logo to appeal mainly to women
239 £GB
This is an virtual movement studio for our clients who aren't able to get to the studio because of the Corona Virus. We
62
entries
21
designer graphistes
Real Estate law firm logo to appeal to hip realtors
$299
Real Estate Law Our target audience are realtors and mortgage loan officers.
71
entries
14
デザイナー数
Seeking the best... we need a powerful new logo for our luxury wedding photography business!
$899
wedding, engagement and portrait photography
37
entries
23
diseñadores
Erfahren Sie mehr über print oder verpackung Design
So funktioniert's