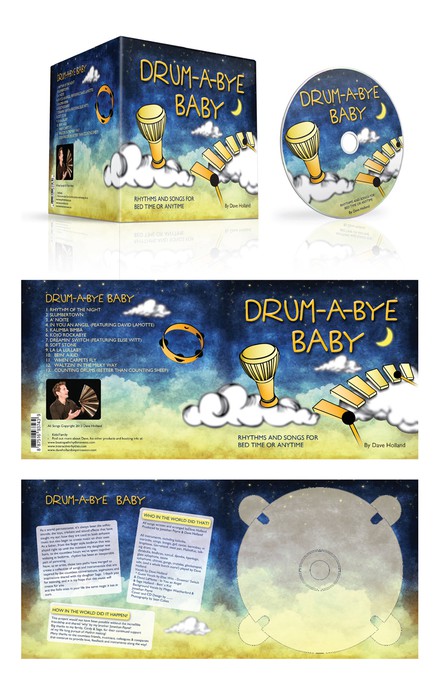 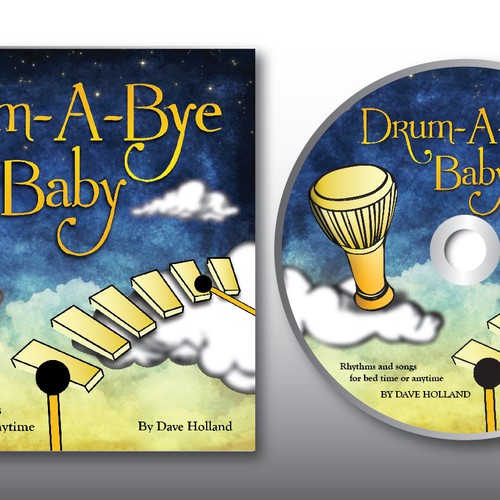 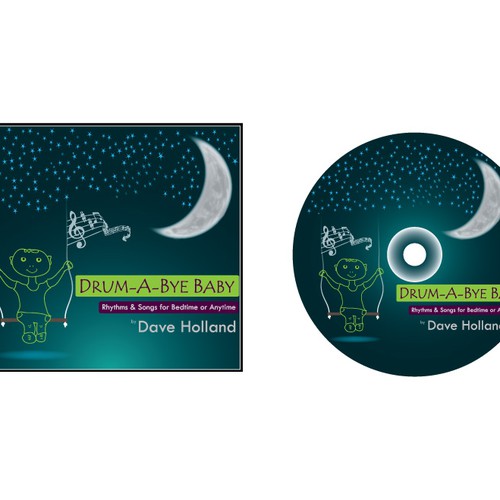 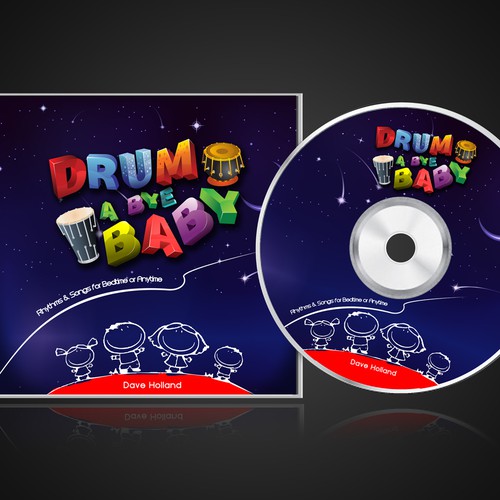 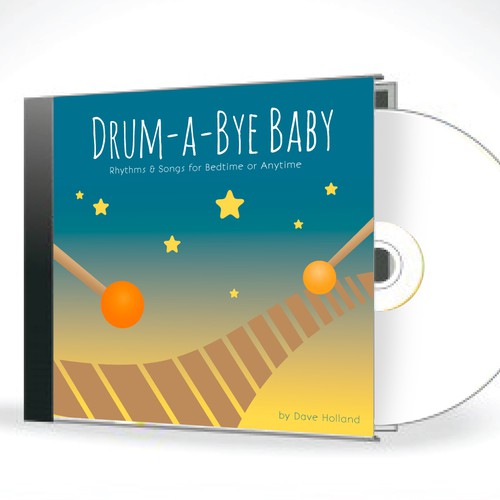 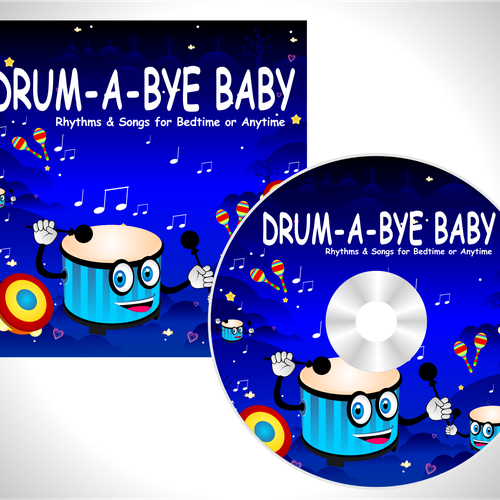 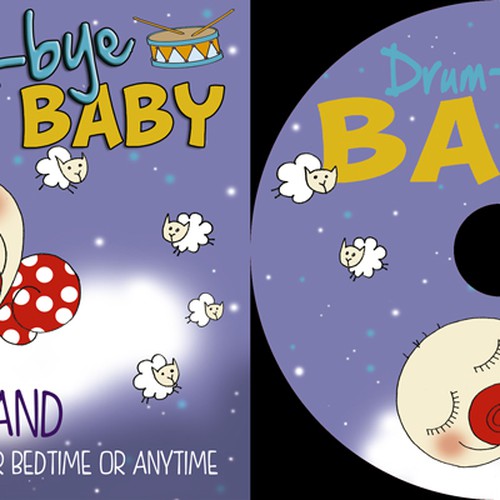 Dave Holland is a World Percussionist/kids performance artist who's about to release his second kids' cd, and needs a cover design.

...is the upcoming cd by world percussionist/singer-songwriter Dave Holland. The project features all original 'lullabies' performed on all (only) percussion instruments. The design should be playful, kid friendly, and feature animated percussion instruments in a night time setting. Target age for cd is 0-5ish. Panel insert, tray card and disc art only. The current plan is not to include inside art. Follow-up projects would include adapting design onto download card and postcard. The plan is to send this project onto duplication NLT 4/15.

Insert Copy (Back of Cover)WHO DID WHAT*All songs written and arranged by Dave Holland*Dave Holland - Played ALL the instruments, including kalimba, marimba, conga, bongo, gyil, caxixi, berimbau, vibraphone, Garrahand, steel pan, MalletKat, talking drum, riq, darabuka, bodhran, tuncul, djembe, kpanlogo, glass xylophone, stone xylophone, chimes, gongs, crotales, glockenspiel, udu, - and a whole bunch more!   (Dave also sings all the songs except for Dreamin' Switch and In You an Angel...)Jonathan Payne - Produced, engineered and mastered ALL the songs!  ................. - Created the beautiful cover art and cd design! Backing Vocals - Megan Weatherford & Jonathan Payne. Guest Vocalists - Elise Witt on Dreamin' Switch, David LaMotte on In You an Angel, and Sage Holland on Bein' a Kid. BIG THANKSThis CD wouldn't have been possible without the continued friendship and encouragement of producer extraordinaire Jonathan Payne!  INSPIRATION & DEDICATIONThe songs on this cd were inspired by experiences, conversations and aspirations I've had with my daughter Sage.  She

Covid-19 SGC
USD 299
Cybersecurity company specializing in securing social media and digital channels.
119
entries
21
designer
White Paper for AbsenceSoft (Tech Company)
USD 299
AbsenceSoft is a the worlds first purpose built FMLA software tool. We are the best-in-class software to manage FMLA, AD
37
entries
11
diseñadores
Light of condolences
299 $US
in the memory of loved ones
41
entries
15
designer graphistes
Two Rustic Maps for an Adventure / Thriller Novel
C$ 399
This will be a map, a visual aid at the beginning of a novel.
75
entries
7
designers
COVID shipping status banner for internal link
299 US$
People looking for natural ways to boost their immune system.
53
entries
17
diseñadores
Soundcloud Page for Techno DJ
269 €
This is for a techno DJ from Berlin his soundcloud page. This is for people that like to rave and are deep into the scen
91
entries
19
designers