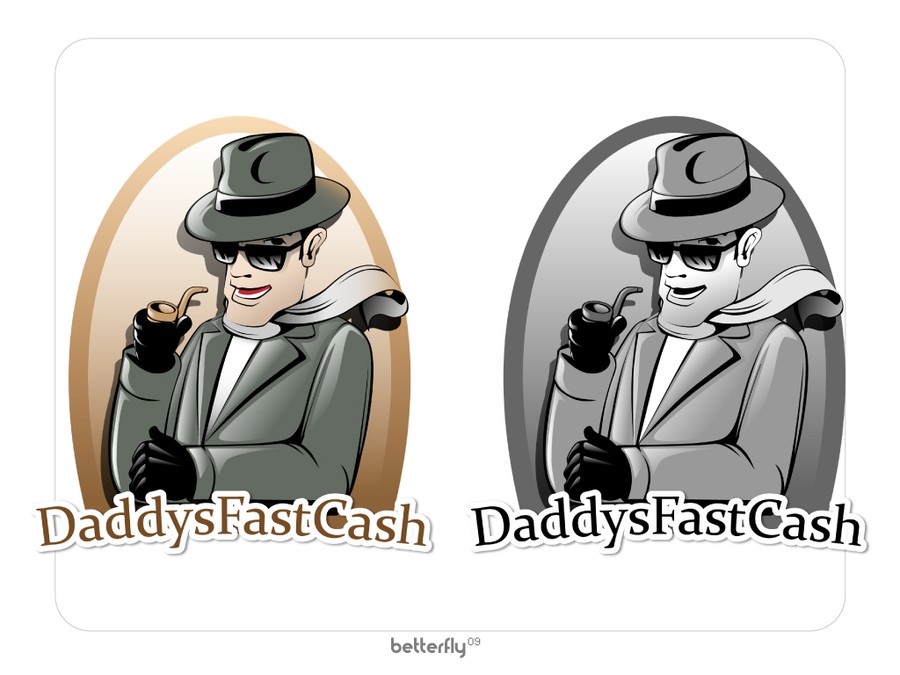 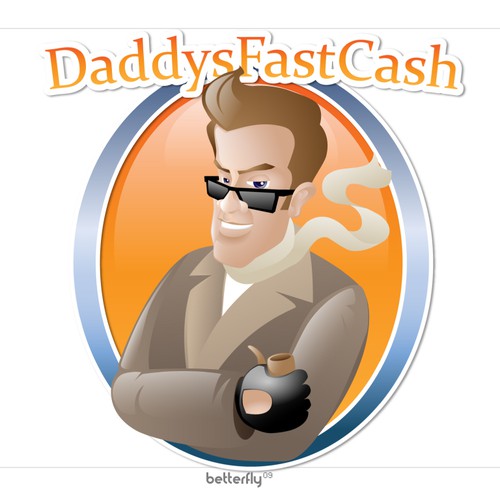 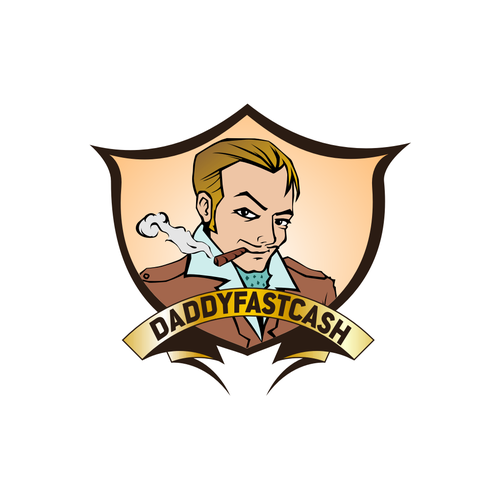 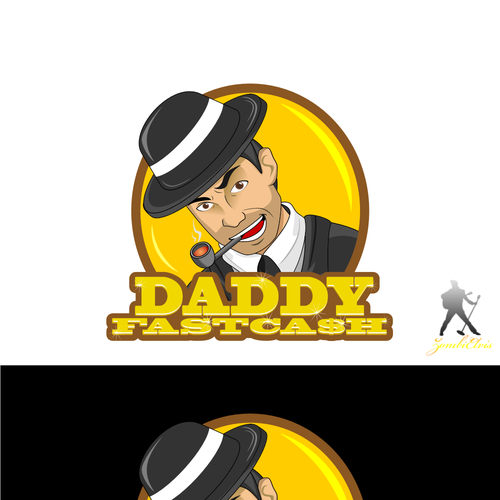 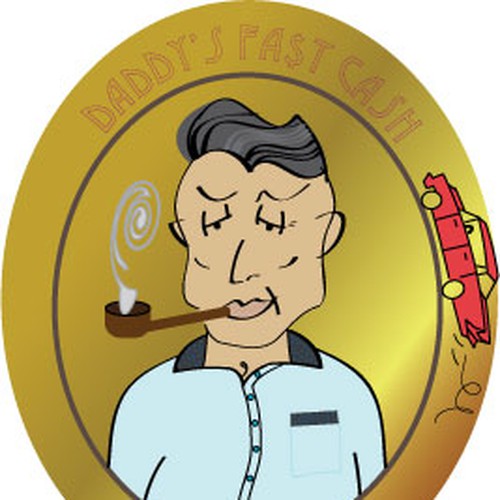 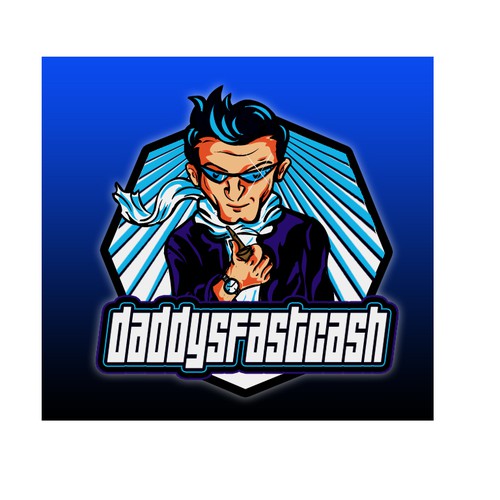 I need a bunch of stuff, this is a start. I want a logo that expresses with tounge in cheek a feel of nostalgia, like your dad back in the sixties when he drank and smoked hard, wore a fedora, and grabbed chicks' behinds, a guy with a naughty twinkle in his eye, playboy-ish or cad-ish, but with maybe a pipe in his mouth blowing bubbles. Also needs to depict speed lines, like he's going fast. Not Sinatra in a wind tunnel though.

For this first one, it's a design that will go on a cigar wrapper that I want to give out as a promotional tool. I may also want to stick it on the side of a car, Maybe biz cards too, I'll see what I like.

Not super young but a cooler audience. 25-45, male. Again, it's kind of a twist on a classic look, the brat-pack meets maybe an actual brat. Hope that makes sense.

It should be something that would look at place or fit sensibly on a dollar bill or within a circle or coin, (thus the cigar label) or close to it. Not face only, but face & shoulders, maybe a hand holding the pipe? Maybe a pilot's scarf around neck or cravat, blowing behind? Not so much face on like George on the one dollar bill, maybe more of a partial or 3/4 profile?

As far as the word "DaddysFastCash" it's supposed to depict an answer to a question, it's a name and action, noun and verb.

Back to the Currency look, the name DaddysFastCash should fit under the iconic image. Again, the One Dollar bill & George with One Dollar spelled out under is sort of getting close.

You can get creative. I do want cool and I am looking to brand it. Right now it's a nickname I house to buy and sell houses (don't go crazy trying to include house imagery, it's bigger than that), but it is a quirky character I like to play. Thus the cigars with my (logo) face on them. So it may end up on the side of a car, on tee-shirts, etcetera, and I will need some consistency of design.

Streetclothing wearing aliens for SkateShop
USD 349
Streetclothing wearing hipsters, Skateboaders, Underground street graffiti
65
entries
25
diseñadores
Cheap Ass Masks
USD 299
We are importing & selling cheap ass masks for urban clientele so they can be branded and affordable masks for anyone. W
38
entries
7
diseñadores
This could be the future of online racehorse sales with options to auction multiple items
EUR 269
It’s going to be an online auction for horses to start with but in the end I would like to auction a vary of items
74
entries
21
diseñadores
We need a clean, modern logo for our e-commerce business.
US$ 1.149
We are an Amazon seller with products across a variety of niches.
322
entries
73
diseñadores
Rebuild the American economy by lifting entrepreneurs of all kinds.
899 $
We are a campaign to rebuild the American economy by putting entrepreneurs first. We believe that entrepreneurs of all k
78
entries
11
Designer
Design an eye-catching logo for a copywriting/publishing business
$ 299
Hi there! I'm a freelance copywriter who specializes in writing book descriptions, and I'm looking for a logo/profile pi
145
entries
40
Designer