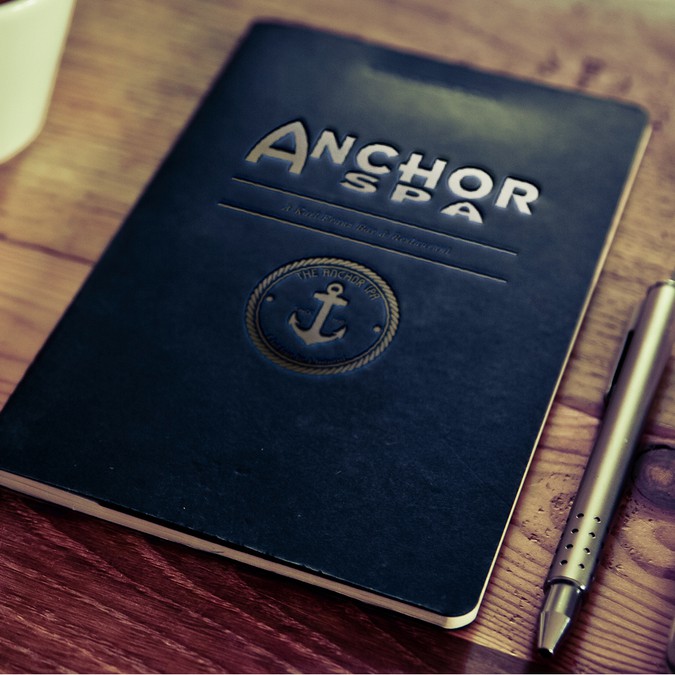 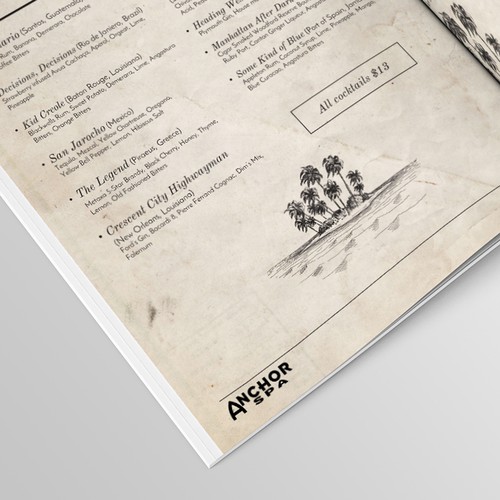 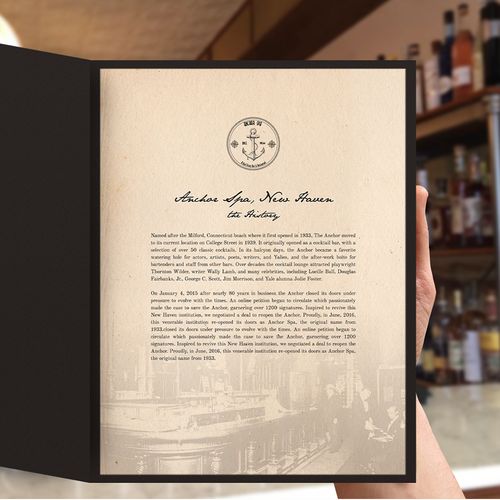 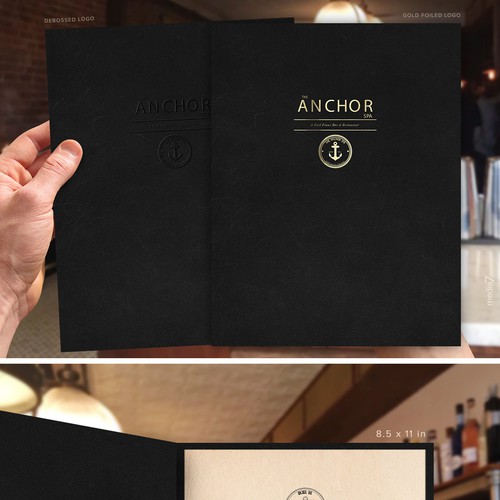 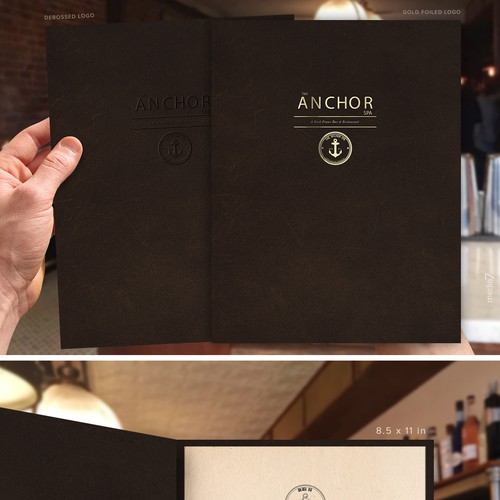 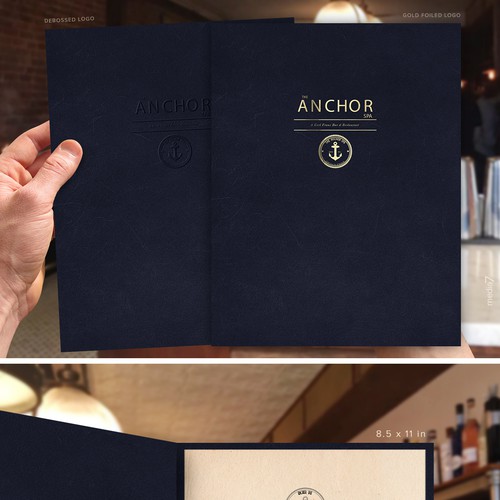 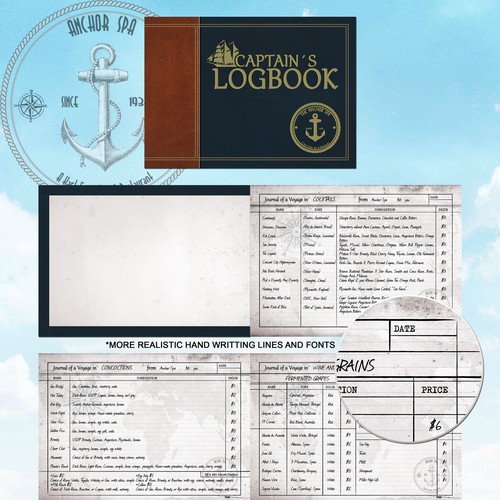 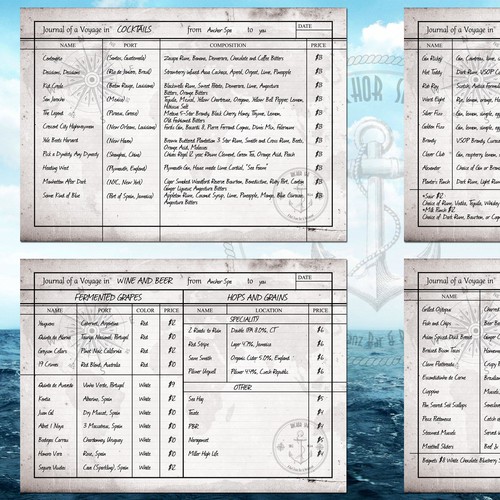 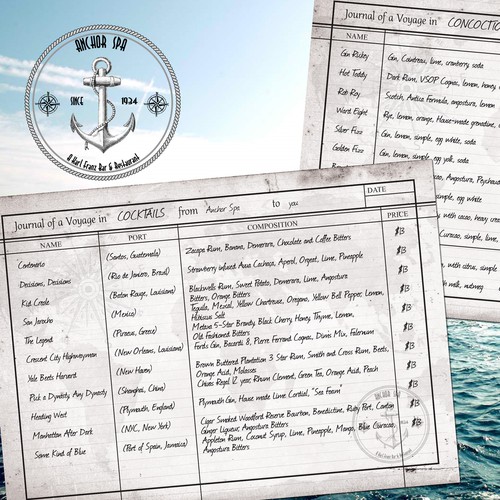 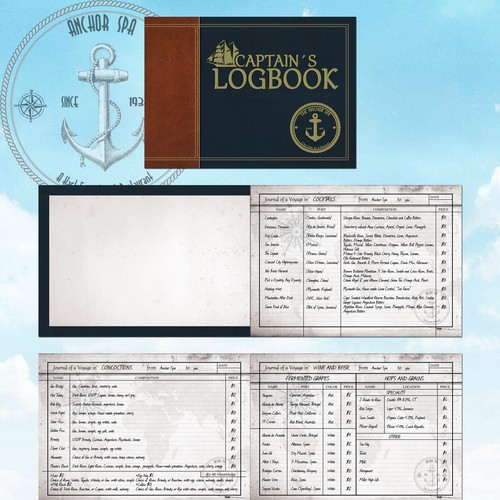 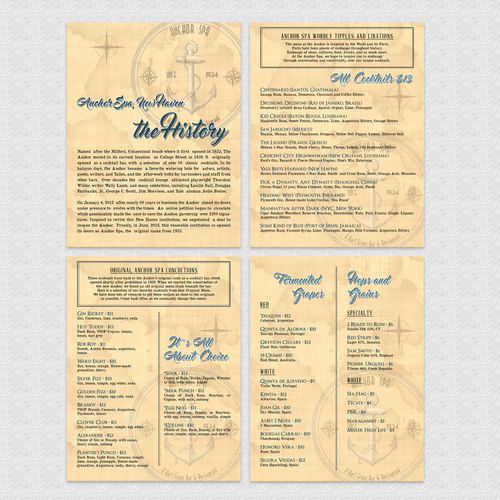 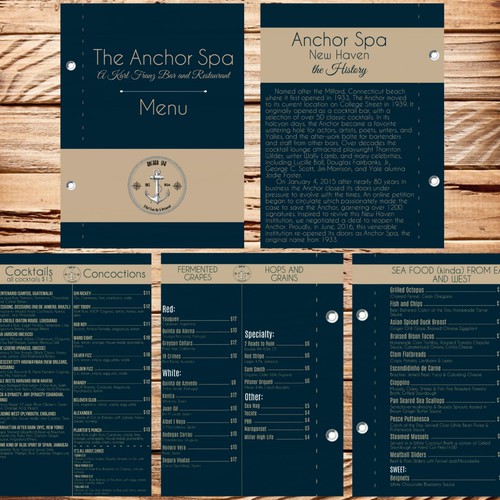 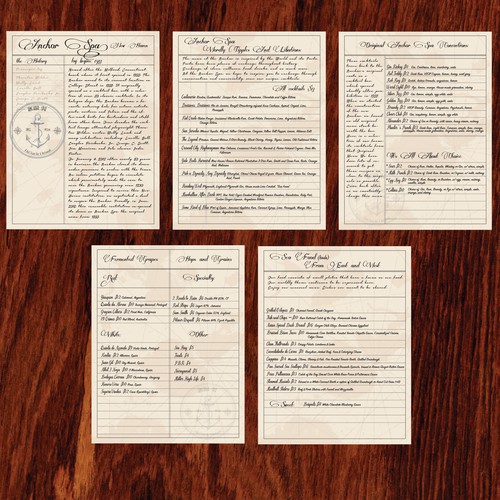 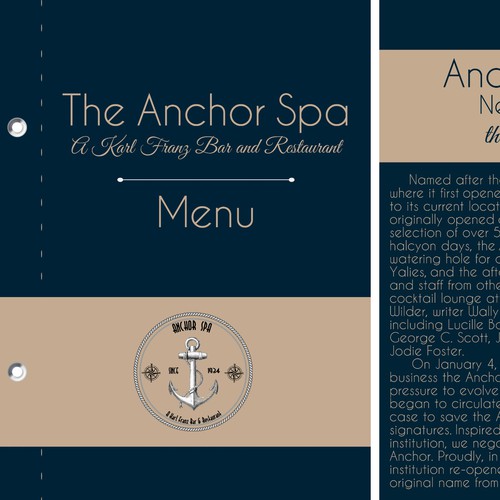 The Anchor Spa, A Karl Franz Bar and Restaurant

Named after the Milford, Connecticut beach where it first opened during Prohibition, in its halcyon days The Anchor became a favorite watering hole for actors, artists, poets, writers, and Yalies, and the after-work boîte for bartenders and staff from other bars. Over decades the cocktail lounge attracted playwright Thornton Wilder, writer Wally Lamb, and an array of celebrities, including Lucille Ball, Douglas Fairbanks, Jr., George C. Scott, Jim Morrison., and Yale alumna Jodie Foster. On January 4, 2015 The Anchor closed its doors. The business had been facing many pressures and challenges in preceding years, as it struggled to evolve with the changing times. In its 2016 relaunch, The Anchor will effortlessly align with a revitalized Downtown New Haven, in the vibrant midst of Yale University. The bar and eatery will simultaneously honor, embrace, and reflect the City’s economic, social and intellectual diversity—representing a cultural cocktail of town and gown. The Anchor’s new owner, Yale alumnus Karl Franz Williams’ plan is to preserve the best and most recognizable aspects of the restaurant’s former incarnation: Maintain The Anchor name; refresh and restore its Art Moderne façade; spruce up the original tin ceiling; bring in a new jukebox; and keep its characteristic booth seating largely the same. Williams’ intent for The New Anchor: to create something evocative and timeless and to honor the entire legacy of the Anchor.
When the Anchor first opened, it was a craft cocktail bar, with over 50 different drinks on its menu. The new menu is based in two concepts: 1. Cocktails and food inspired by the world and 2. Peeling back the layers of time. All of our original cocktails are inspired by various port cities around the world. Ports were places of exchange, exchange of culture, ideas, taste, flavors, foods, and drinks. The Anchor Spa will emphasize all of that. In addition when we were cleaning out the old Anchor we found one of the original cocktail menus. We plan to have a section of our menu dedicated to the original Anchor menu. This is where we touch on the second concept of peeling back the layers of time.
Useful Links:
• http://www.nytimes.com/2016/08/30/t….html?_r=1
• http://www.nhregister.com/general-n…anchor-spa

The Anchor name conjurs up Nautical imagery. We have come up with a concept for a menu that brings this idea to life. The idea is to build a menu that exists inside of a leather bound “Captain’s log book”. It should have aspects that appear handwritten. Inspiration could also come from an antique monochromatic map. There should not be any modern fonts or modern styling. Someone should look at it and mistake it for the real thing.
Readability is very important. We're dealing with vision impaired, perhaps drunk people in a dimly lit environment. An antique nautical map would appeal to a similar environment of poor lighting in a ship. Many of these maps feature bold easily read serif or sometimes, script fonts.
The menu will have several sections. 1. The opening section will feature our cocktails inspired by ports around the world. 2. The second section will feature carefully chosen cocktails from the original Anchor menu. 3. We will have a spirits list of all of the liquor you can order by the glass. 4. Beer and Wine. 5. Food

3. Objectives
a. Create a cocktail menu that delivers the spirit of the Anchor
4. Deliverables
a. Design or source leather bound covers (paid for separately)
b. Design the menu layout and inside pages
5. Executional considerations:
a. Menu must be easy to read in low light
b. Menu must be easy for management to adjust and add to as necessary