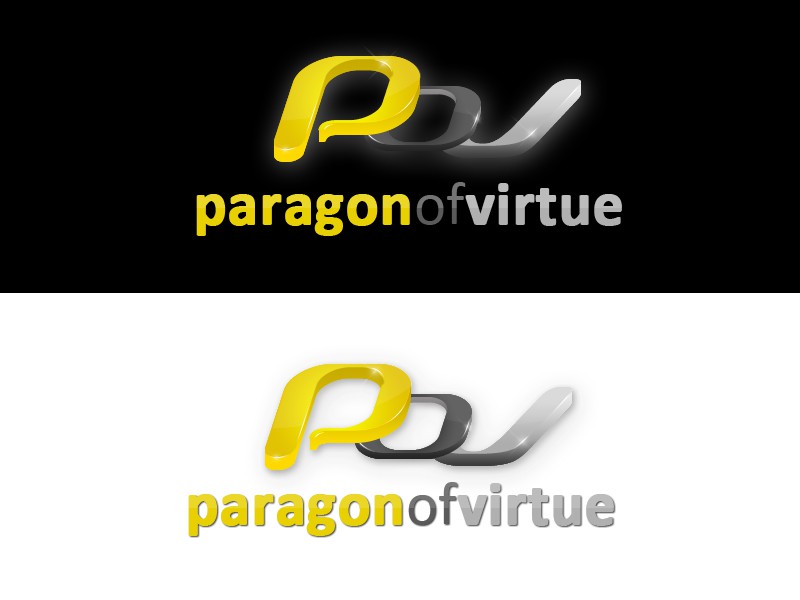 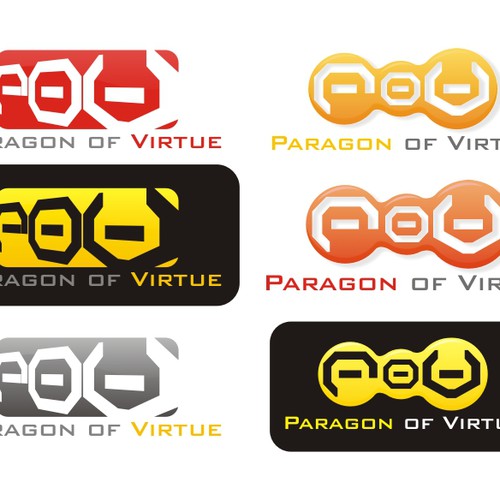 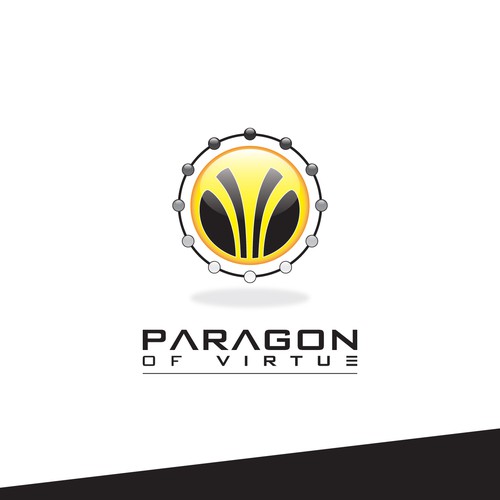 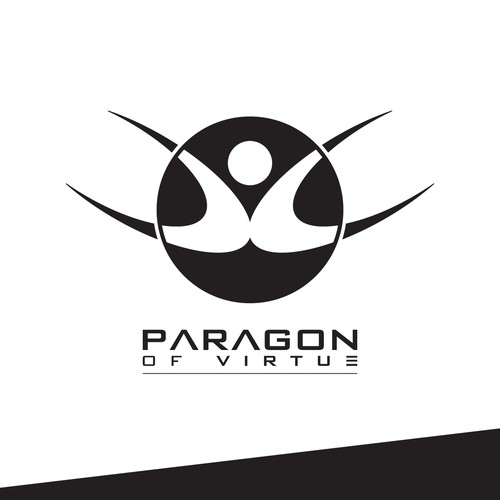 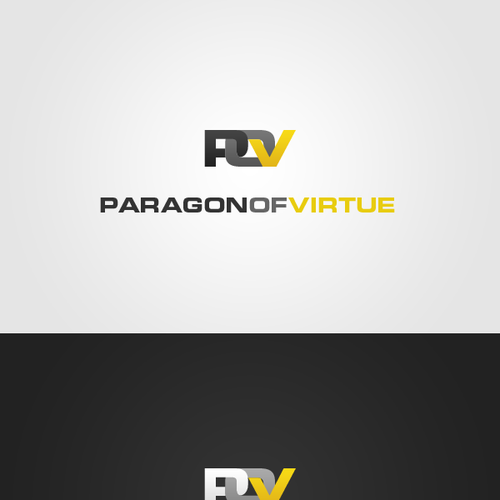 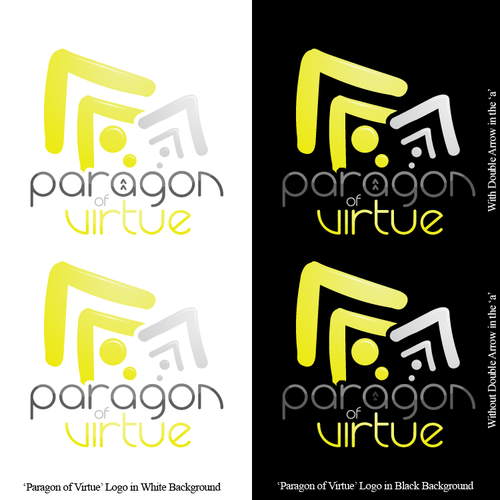 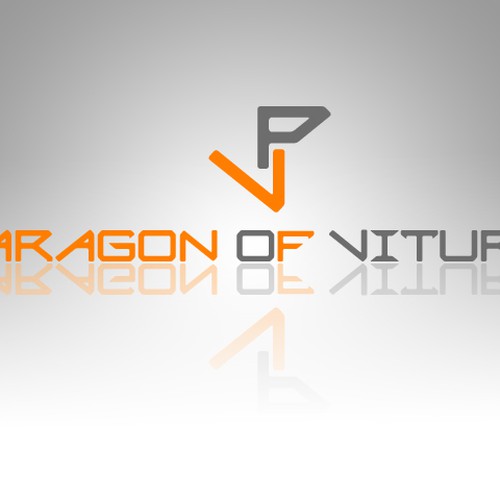 Paragon of Virtue, one of the top Counter-Strike 1.6 teams in the United States is in need of a sleek, creative, and thoughtful logo that can successfully represent the organization professionally and competitively.

Paragon of Virtue is a competitive gaming team that travels nationally competing at some of the largest gaming competitions for cash prizes ranging from a few hundred to nearly half a million dollars.

We compete in the widely popular, first-person-shooter PC game, Counter-Strike 1.6, a game that has reached millions of players world-wide. Some of the top teams in the world have had salaries, sponsorships from brand names such as Tylenol, Subway, and Intel, televised interviews on talk shows, and reached rock-star status in many countries. (The U.S. is just now picking up on this)

We're in need of a clean, sleek, and thoughtful logo that is easily transferable to any web or apparel based medium. This logo should represent the name, and be unique. We're open to a variety of ideas and interpretations. The Paragon of Virtue team interprets the name as meaning a, "model of excellence."

The logo, once accepted, will be an official trademark of the team, displayed on all of our apparel, websites, and will become publicly recognized by the entire gaming community, and media outlets at live events.

- Theme colors: Black, Silver, Yellow, and White. (you don't have to use all of them, just understand the basic theme colors)
- Must be clean, nothing random.
- Must represent the name of the company.
- We're open to mascot-like figures, text-based logos, and any other thoughtful concept that follows the requirements listed.

- Gaming stereotypes (nerds, glasses, joysticks, etc.)
- Confusion (this must be clean, and creative)
- Plain text. (I don't want you to just give me cheesy stylized font with the brand name)
- Anything comical.

The Corner Office Logo
299 US$
This is a 100 year old building I just renovated in the historical downtown square in my hometown. I'd like a logo to p
75
entries
20
designers
We Need a strong and catchy logo
A$399
Butcher shop selling highest quality and gourmet meat , audience is everyone
75
entries
22
デザイナー数
Design a clean but fun logo for an environmentally and health conscious beauty brand
US$ 299
We are targeting health conscious individuals that want to buy chemical free products that are still effective. Our pro
65
entries
21
designers
Impactful, Bold, Important, and Potentially Life-Saving! Join the fight. Help us with our new logo.
US$ 350
A survival box designed by doctors, medical professionals, military medics, EMTs, and healthcare professionals. Think of
90
entries
31
designers
Design a logo that speaks to being confident in who you are and what you can accomplish!
USD 299
We are an online education and training center. Users take courses to learn a new skill, hoping to land a job in their t
103
entries
33
diseñadores
Monogram Logo Design for self branding
US$499
Retirement income plans. target audience is baby boomers with liquid net worth over $500,000
84
entries
25
diseñadores

Jetzt starten
Need modern and simple logo for my personal site (wordmark or abstract)
US$ 299
This is a logo for my personal website: https://brianleejackson.com/ I would like something very simple, and doesn't
225
entries
85
designers
Design a fun 'techie' character that makes agents feel confident in our abilities.
US$ 299
We provide virtual technical support to real estate agents who are technologically challenged, but know they need to com
42
entries
17
diseñadores
We need an appealing logo to buy houses.
299 $US
We buy houses for people that are outgrowing their home, tired of costly repairs, have impending foreclosures, or just r
81
entries
31
designer graphistes
Next Gen Logo Needed ASAP!
$299
We run performance-driven ad campaigns for businesses and brands of all types (in the US) to drive leads and connect hig
339
entries
62
デザイナー数
LOGO needed: E-Learning Platform
269 €
Our organisation is a digital e-learning platform provider for apprentices in Germany. We are working on a B2B2C model,
50
entries
12
designer
Design the Logo for my New Plant Based Food Blog!
$299
We are a vegan/plant based food and life style blog. The food is going to be more advanced and innovative in culinary te
40
entries
18
diseñadores