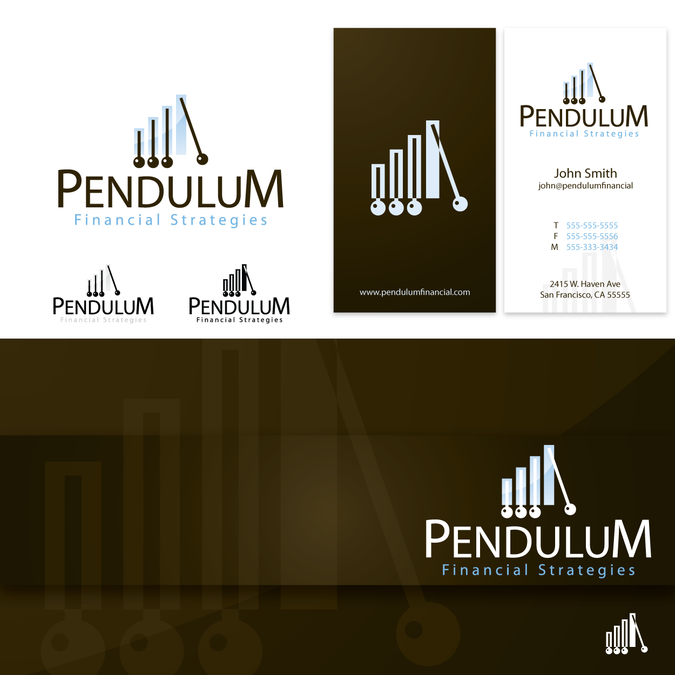 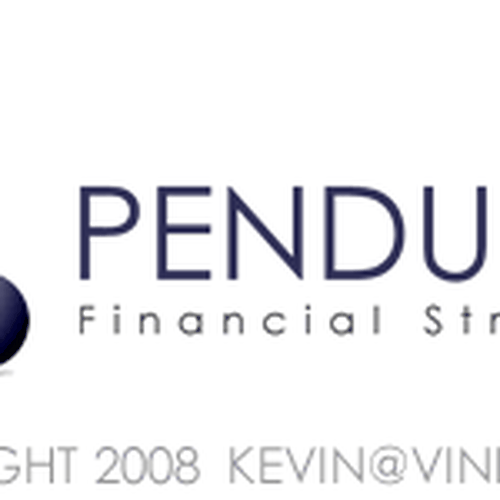 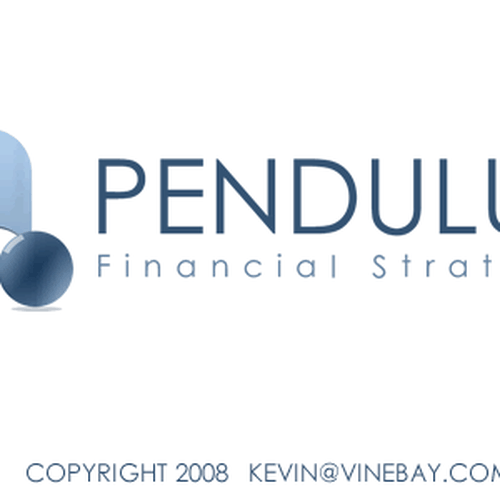 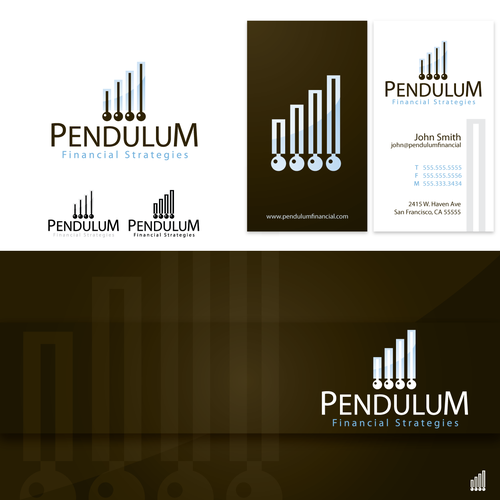 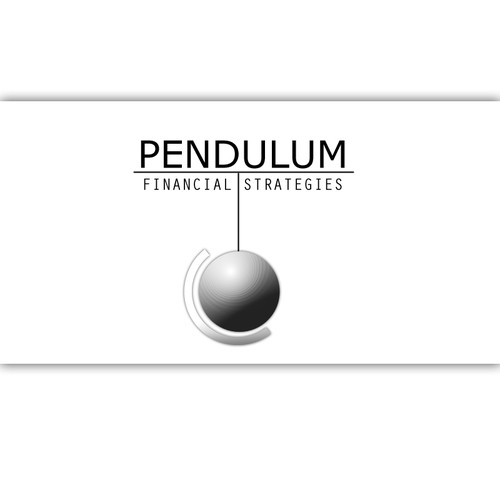 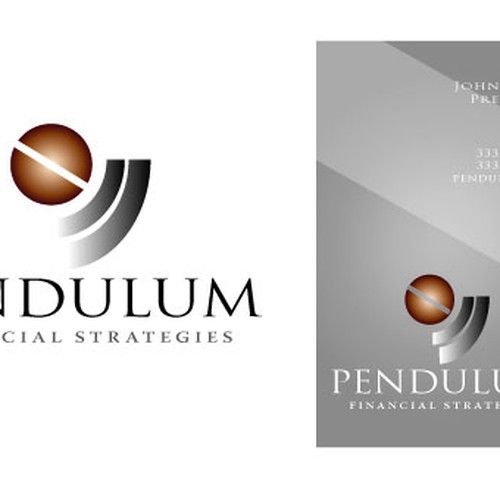 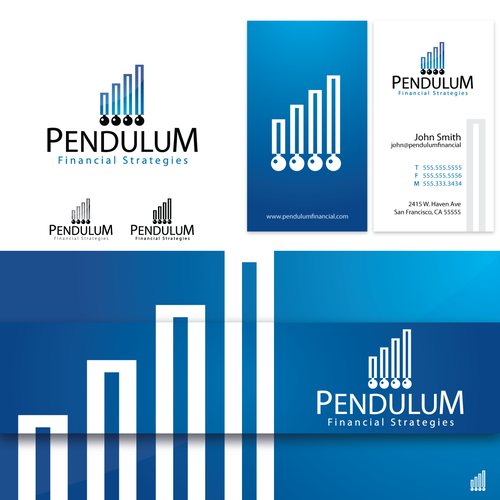 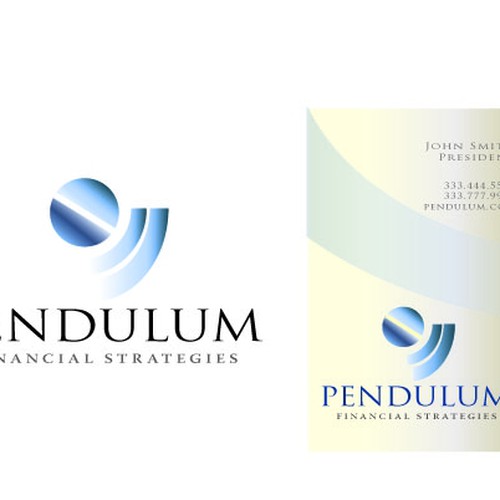 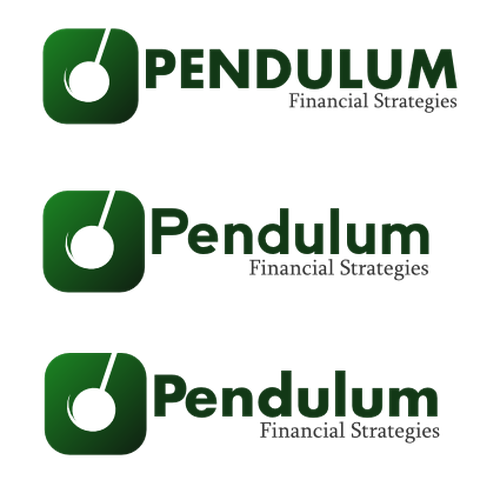 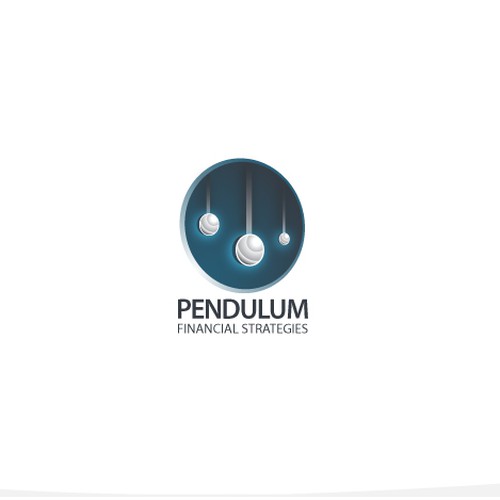 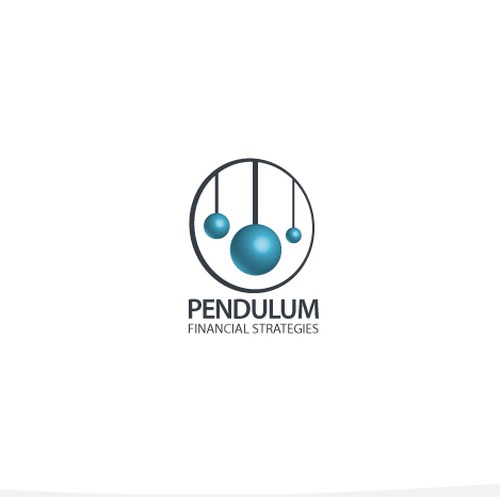 Design a logo for my new company, Pendulum Financial Strategies, that will be able grab one's attention with a design that is simple, yet creative and bold enough to have resonance

I am a young thirty-something executive that has recently made the difficult decision to leave Corporate America to take charge of my own destiny by pursuing a new venture - Pendulum Financial Strategies.  My very first marketing task is to design a logo to build my company's image upon.  The idea for the name Pendulum Financial Strategies came about last August, at the onset of what is now popularly known as "The Credit Crisis."  As past history has shown, financial markets often act in ebbs and flows, bulls and bears, peaks and valleys, etc. etc. - and as events such as the S&L Junk Bond Crisis (80's), implosions of Derivatives (90's) and Dot.Com Bubble (2000) have demostrated, unbound greed in conjunction with a general lack of knowledge and irrational responses lead to hysteria levels that can massively snowball and lead to poorer and poorer decision-making - thereby prolonging and feeding events to a catastrophic scale.

The premise of Pendulum is a company that recognizes that great swings in financial markets often occur, and if one were to use a pendulum as a metaphor, they often swing out widely only to eventually return.  Thus, if one is intelligent, logical and savvy enough, they may capitalize on that golden moment that exists as the pendulum swings far past what is expected, the rational or status-quo, and travels outwards a peak of irrationality ruled by emotions and unsound judgement before swinging back again.

Without going into too much detail, the function of this company is to provide an innovative product/service to regional and national financial institutions.  The term "strategies" was intentionally used instead of something more mundane as "consultant" to demonstrate more of a partnership with the client and reflect an end goal.  The logo should have an easily recognizable symbol that may be replicated relatively simply, and provide font/colors that recognize/reflect the conservative culture of the end-client to an extent, but should also be bold enough to resonate and instill confidence with a straightforward message, while also demonstrating some overall dynamic quality that reflects the company's highly-motivated management team and unique approach to an industry in flux.

- The phrase "Pendulum" must be emphasized and possibly positioned above "Financial Strategies" (though not required)
- A simple symbol that is well-incorporated into the overall design, but may also stand alone as a recognizable icon
- Bold approach with a slightly dynamic quality, keeping in mind a relatively conservative client base
- A minimum of two colors

- Nothing childish or comical
- No cursive or flowery fonts
- No "hot" or particularly bright colors such as red, pink or neon green.
- Otherwise, wery much open to any ideas during the initial stages