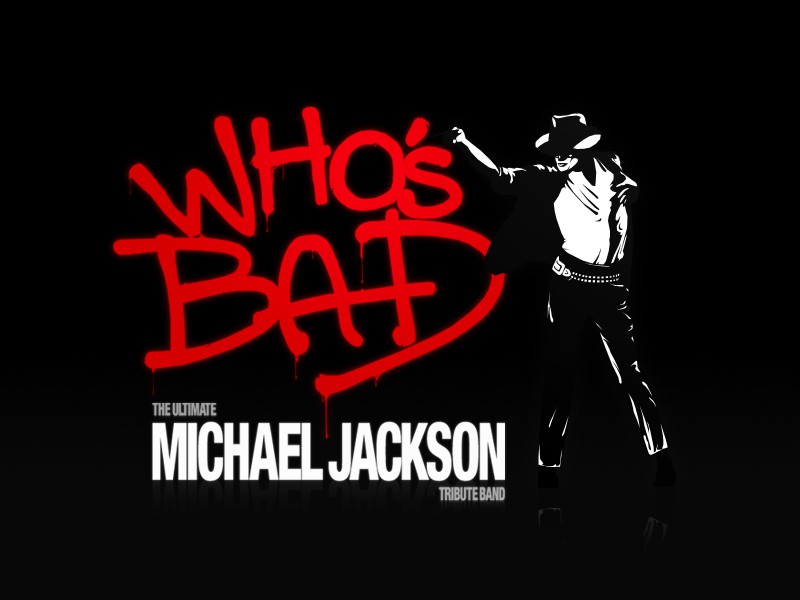 Logo for "Who's Bad? The Ultimate Michael Jackson Tribute Band". 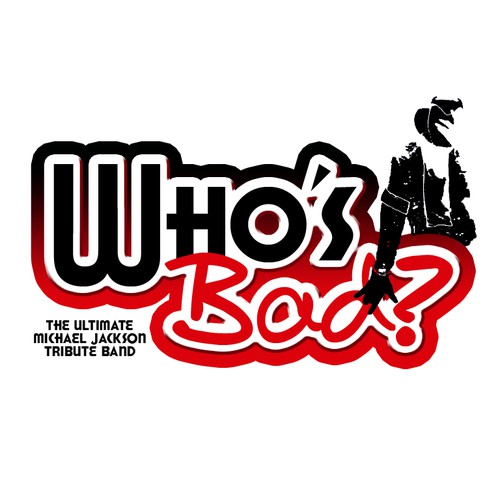 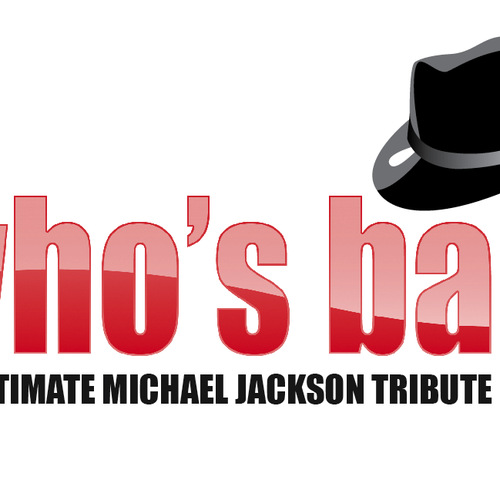 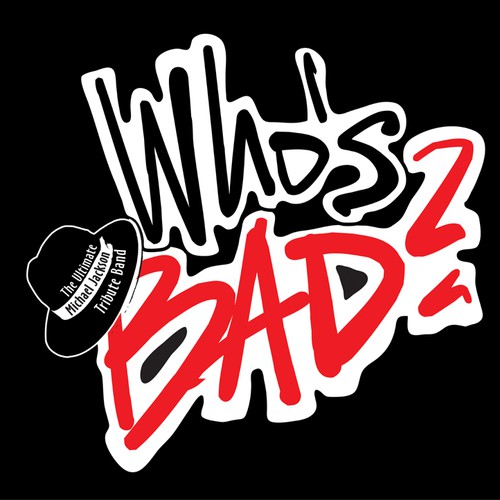 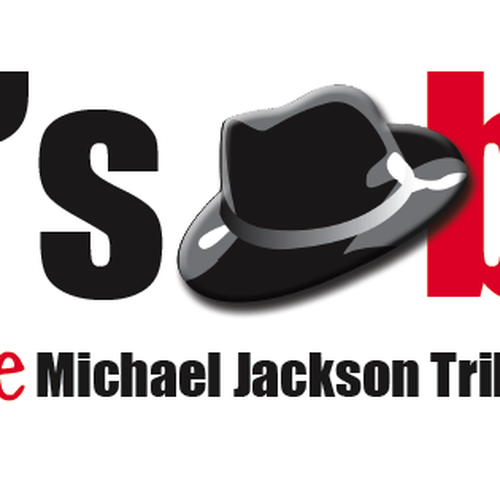 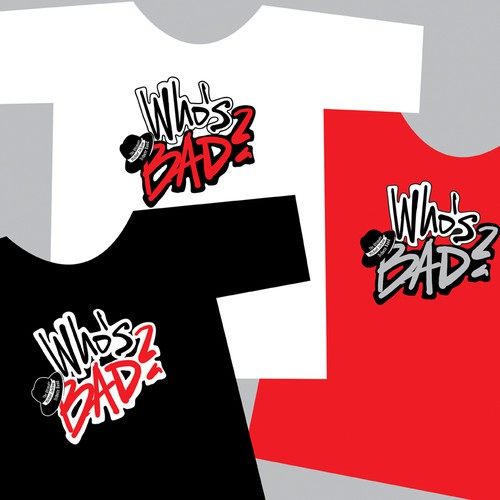 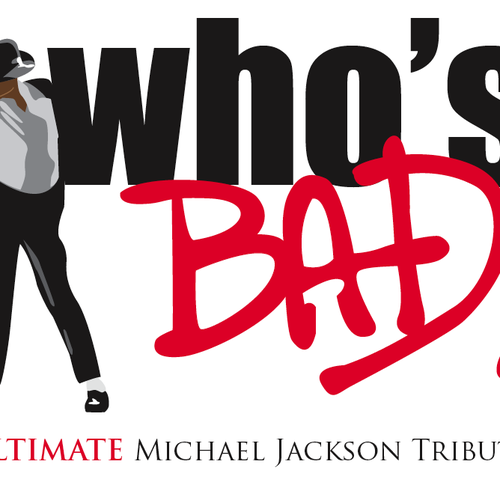 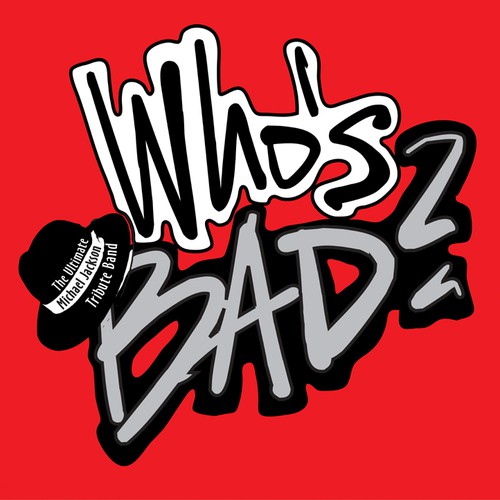 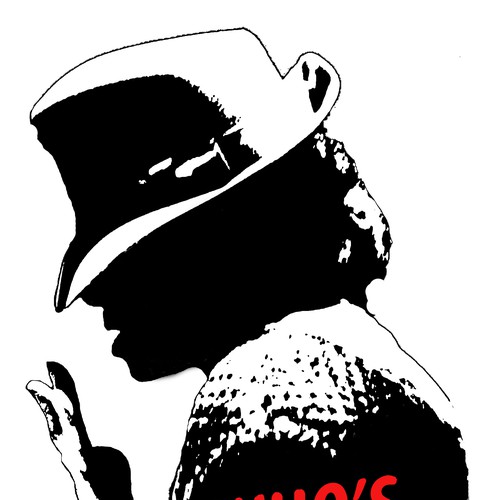 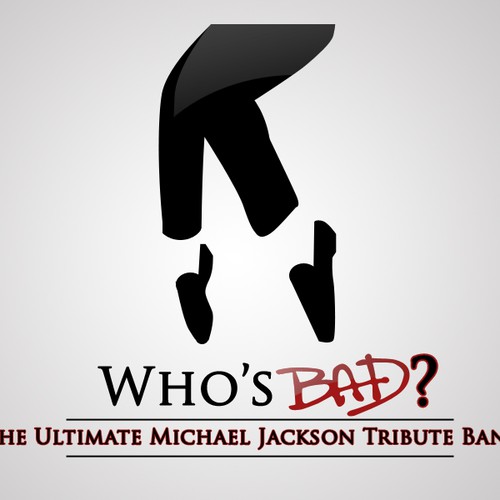 We need a flashy logo that will create a brand image for our band, will sell on t-shirts or other merchandise, as well as be the backbone of our online presence.

Who's Bad is the World's #1 Michael Jackson Tribute Band. We are in dire need of a new logo/image that will convey the energy we bring to stage, and if possible, will also show that we are a tribute to the King of Pop. The issue is finding the right iconic image that will convey both of these things. We have tried in the past to show that we are a full sized band, with a horn section, within our logo but the logo ends up looking too busy.

I personally feel that we need to simplify and create an image that just looks "cool".  The logo has to be something that I would be proud to wear around town. It also needs to be something that someone who knows nothing about our band would see and would think to themselves, "That's a cool looking logo.. I want a t-shirt!".

- Main title: "WHO'S BAD?"
- Possible tagline: "The Ultimate Michael Jackson Tribute Band" (may not be necessary if "WHO'S BAD?" looks good enough to stand alone)
- Color scheme: Any and/or all of the following: Black, Red, Gray, White, Silver
- Must look professional but should appeal to younger crowds (for merchandise).
- The font should be legible, but a possibility is to make it look like graffiti, as if it were spray painted on a wall by a gang member...

- For an example of previous attempts at logo designs please visit http://www.whosbadmusic.com/designs. These have all come close but have not quite hit the mark for what we are looking for. Overall, I think they are all too busy, except for the very last image on the page.
- We don't want something cheesy (too much "glitter") or something that could contain copyright infringement.
- Logo should not be too busy -- the emphasis is "WHO'S BAD?"

"Designing modern spaces"
499 US$
Interior decorators specializing in modern and costal spaces.
70
entries
32
diseñadores
Investment Fund Logo Contest--Modern but stable
US$299
Investment fund, target audience is professional investors
48
entries
7
diseñadores
*IG SHOUT OUT* - For a big release in the spiritual coaching community
299 $US
Leading exotic retreats, and coaching clients to their highest potential through the mind, body, and soul.
19
entries
7
designer graphistes
We want a Badass logo for a Passionate, quality home improvement company.
US$ 299
US Army combat veteran owned company. We do home improvements/remodeling/restoration.
55
entries
23
designers
Striking logo for Manchester based electrician
£ 239
I am an electrician based in Manchester, working in domestic/residential properties.
107
entries
42
Designer
Logo for DesignMind a company with focus on strategic design.
CHF 929
Who is DesignMind? DesignMind is a company focusing on strategic design. DesignMind promotes the mindset for the
281
entries
99
designers

Jetzt starten
Design a new logo for a social-media-focused business training program
$ 299
We train entrepreneurs on how to launch Facebook Groups that generate high profits. The logo text should be "High Profit
127
entries
49
Designer
Design a logo for a vintage automotive brand
$ 499
Our brand is focused on providing content to the vintage (1963-1989) Porsche 911 community.
24
entries
11
Designer
Real Estate law firm logo to appeal to hip realtors
299 $US
Real Estate Law Our target audience are realtors and mortgage loan officers.
71
entries
14
designer graphistes
Need Help with My Company Logo
299 $US
Target audience are CEO's and IT professionals. Information security. Executives that work in stock trading business.
122
entries
31
designer graphistes
Name Design Contest!
299 $
I am a country music artist and I would like to have a logo design for my name "John Green" in some shade of the color g
74
entries
24
Designer
Seeking the best... we need a powerful new logo for our luxury wedding photography business!
899 $US
wedding, engagement and portrait photography
37
entries
23
designer graphistes