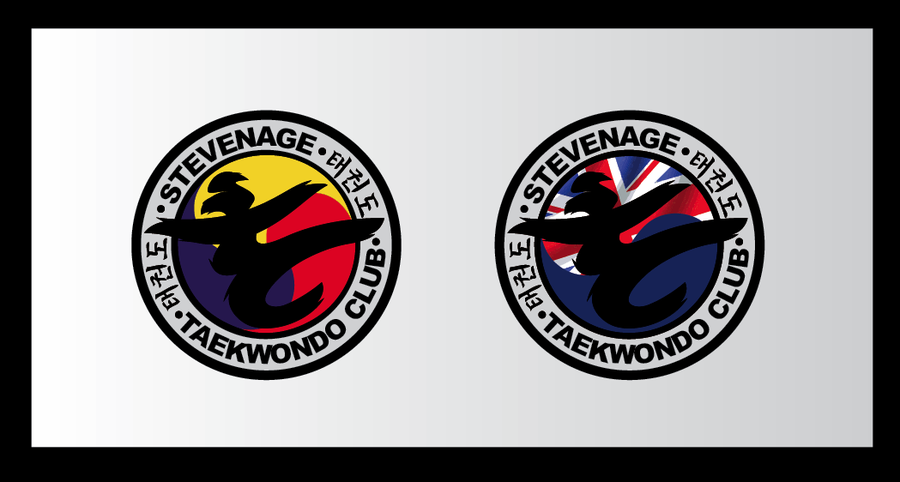 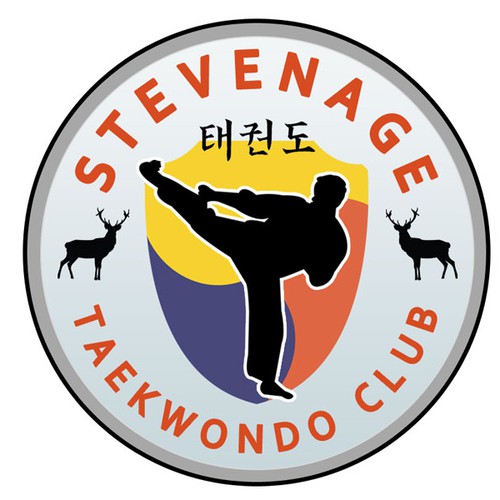 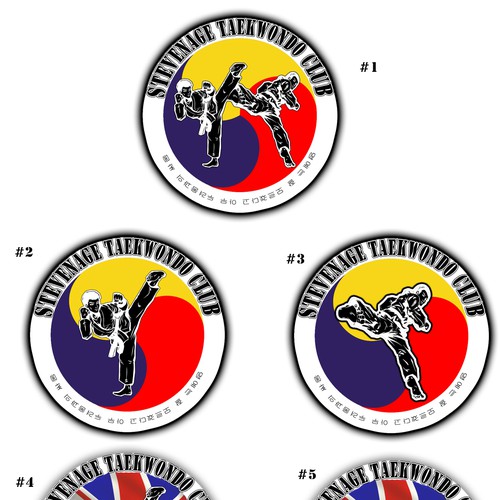 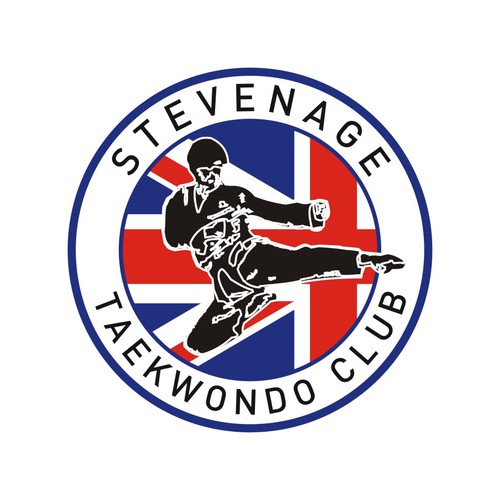 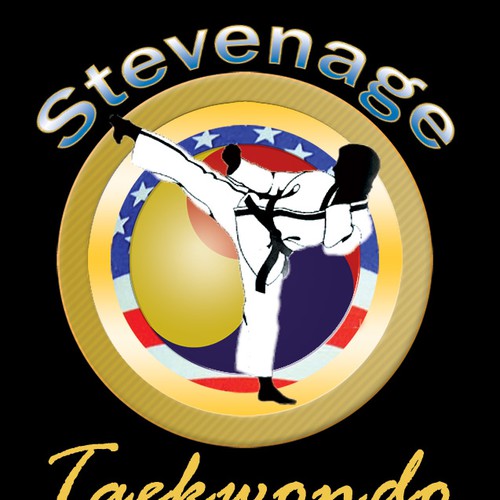 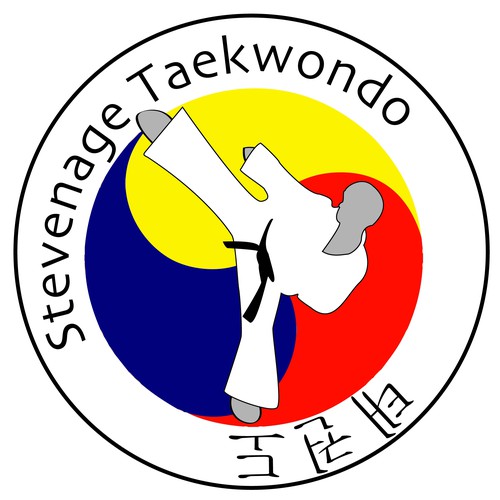 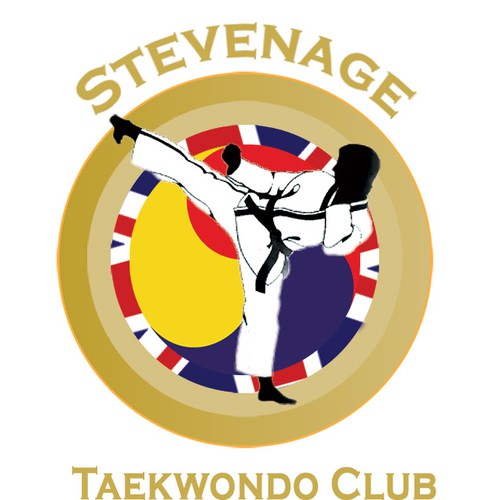 We require a logo for our Taekwondo club, we've got some thoughts and other logos we like parts of.

The following are in no particular order (except possibly the first one has potential with the caveats listed), but each may give ideas.

Champion's Taekwondo - I like the fact that it's got a flag in the yin-yang, we could also use a sam-taegeuk.  I like the clean modern font, I like the silhouette overlayed kicker idea (but not doing that kick) I don't like the breakout electric text at the bottom.

Sport-Art Taekwondo - clean and simple, I like the use of oriental script at the bottom (it's actually Chinese whereas Taekwondo normally uses Korean script, but for now that doesn't matter)

Israel Taekwondo Federation - I love the kicker in the blue body protector - it's a great kick and anatomically accurate.

Chung-do-kwan - this is a very traditional logo that some people at the club like.  The fist image is very traditional, although we'd prefer English at the top to Korean as the club is taught/based in England.

Chang-moo-kwan - as our instructor got his black belt from the Chang-moo-kwan it may be nice if we had a concept that had a nod to the Changmookwan.  As an idea, the rearing lions could be replaced with rearing stags/dears as we're based in Hertfordshire, UK which has a stag (actually a Hert) as it's logo.

USA Taekwondo Centers - I like the way the flag and kicker comes out of it's traditional bounding circle.

If you're going to use a flag it should be the Union Jack (technically the Union Flag).

Real estate developer logo
299 $US
We are real estate developers, investors in real estate and provide real estate advisory services.
62
entries
21
designer graphistes
Real Estate law firm logo to appeal to hip realtors
$299
Real Estate Law Our target audience are realtors and mortgage loan officers.
71
entries
14
diseñadores
Great Salt Lake Photo
US$ 299
I am a photographer that specialize 100% photos of the Great Salt Lake in Utah, USA. Here is an idea of the photos http
40
entries
21
designers
Legal Services
299 US$
2
entries
2
diseñadores
Name Design Contest!
299 USD
I am a country music artist and I would like to have a logo design for my name "John Green" in some shade of the color g
74
entries
24
designer
Designing a simple logo for a women who work in research/tech to making the work a more just place
US$ 299
I am currently operating off my name. I am a researcher and consultant who is known for understanding low to middle in
358
entries
86
designers

Jetzt starten
Financial Planning for Everyone--not just the rich.
299 USD
Apex Strategic Wealth is a network of financial advisors who assist their clients with financial planning & wealth manag
301
entries
76
designer
Design a completely ridiculous vodka label
499 US$
A Whiskey distillery in South Austin, TX
62
entries
33
diseñadores
Title Insurance Copany
US$299
We provide title insurance in real estate transactions.
59
entries
26
diseñadores
Design a logo for the world's first portable butt shower
$299
WonderSpray is a portable butt shower used to clean yourself up after using the bathroom with a clean, refreshing, and c
544
entries
132
デザイナー数
Cool, modern logo for a Kentucky horse breeding operation and farm
299 US$
We are a Kentucky horse breeder and farm
76
entries
32
designers
Easy Money for simple design! Already have multiple examples and inspiration!
899 $
Works along with Sia.tech to provide a front end portal for data upload and storage. Please make it fit within a round
38
entries
17
Designer