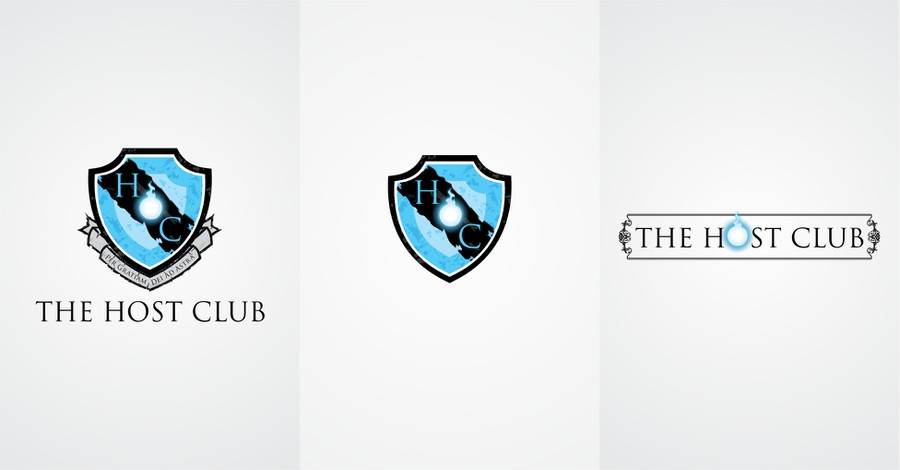 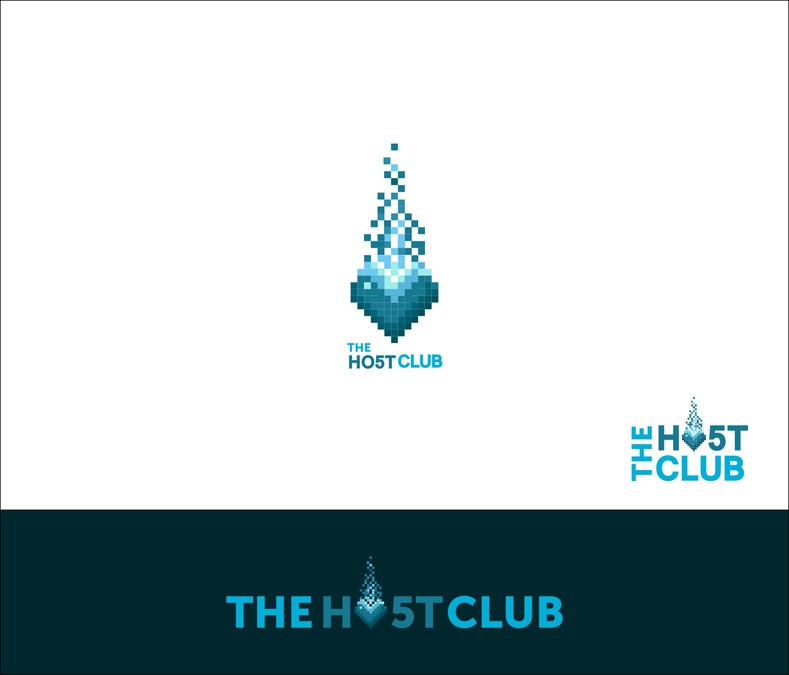 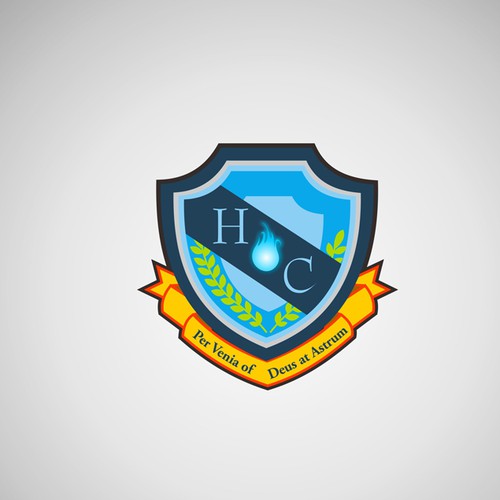 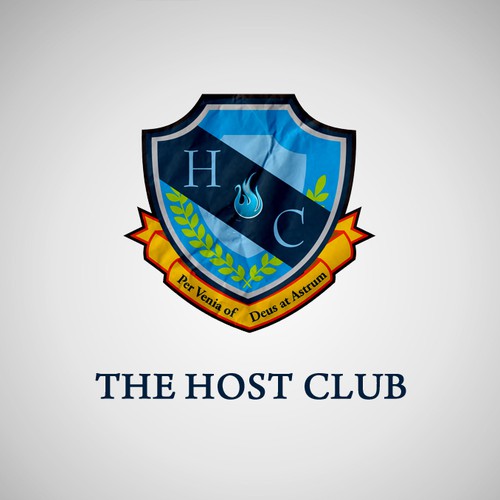 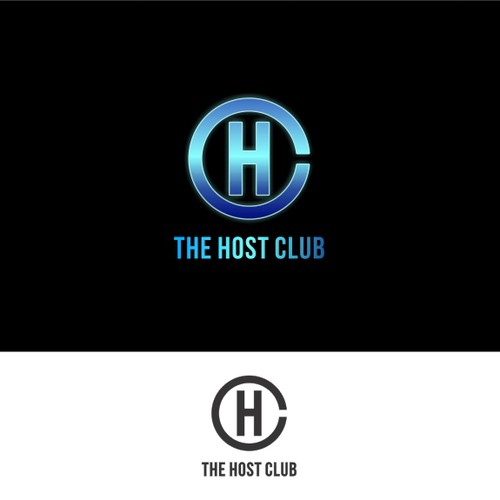 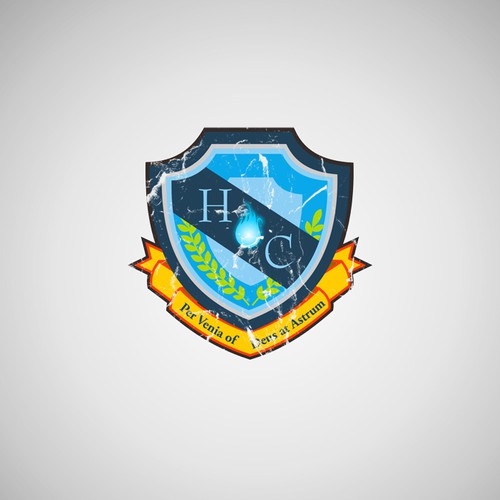 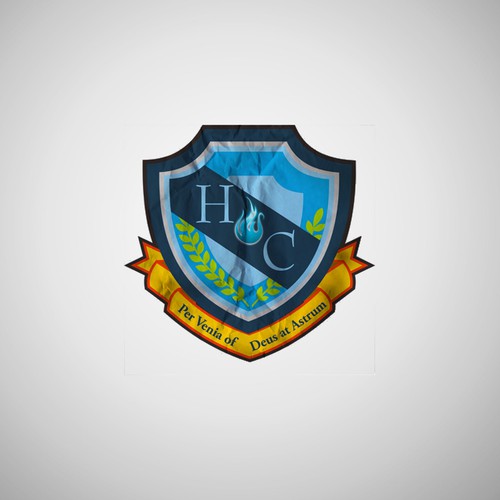 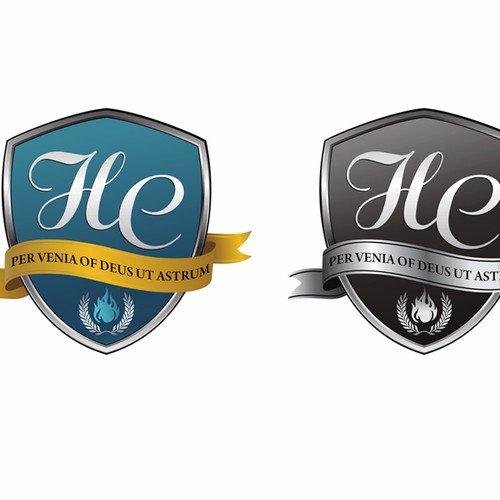 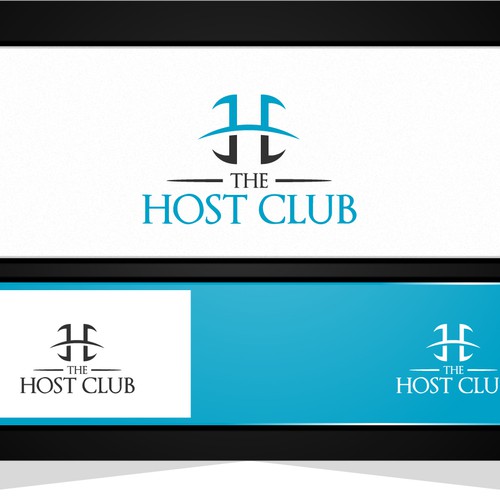 We are an indie/pop band with five male members. We make hopeful music with special emphasis on our lyrics about life and relationships. We are aiming to be a huge national band and our target audience ranges from 15 years old to 35 years old.

Our band really likes a couple of images (some of which we uploaded); a family crest idea that sort of suggests a club or a family, stars (even realistic versions), the Japanese picture of a soul (a blue flaming ball of light essentially). While a “Host Club” doesn’t really have a meaning here in America, it is a type of club in Japan where men almost act as “male geishas”. Although that is the case, we want to stick to the images we’ve chosen.
The three ideas that are our favorite so far are the pictoral mark idea. Where we have “The Host Club” written out, but the “o” in “host” replaced with an image. We put the soul idea as the “o”. The letter form idea with an “H” enclosed in a circle. And of course the emblem idea, where we took the shield shaped crest, and put the letters “H” “C” in it with pumpkin leaves around it, and a banner across the bottom that reads “per venia of deus ut astrum” “by the grace of god to the stars”. All of these ideas we really like, but you can be creative as well. Since it’s a band, we would like it to reflect that. We make pop/indie music that is thoughtful and relatable to people, songs about hope and the hardships that come with life and relationships. Popular bands we are similar to include, One Republic, The Fray, Coldplay, Death Cab for Cutie, etc. We would like it to remain gender neutral, but as we are all guys in a band, it can lean masculine if it goes that way. We attached a color wheel also for reference, and love the colors “dodger blue”, “crimson”, “black”, “green”, “lime green” but please use whatever feels necessary.
Thanks for reading this, and we’re looking forward to seeing what comes out of this.

Looking for the logo of our company's dynamic new path
299 US$
Theater Company based in New York City, producing new plays and new interpretations of classics. We are about to embark
173
entries
42
diseñadores
Playground equipment company
$499
This logo is to be for my small business rebranding. My company name is Alnwair We manufacture and sell playgound equipm
315
entries
47
diseñadores
The Worlds Next Biggest Rock Band, You Design the Logo
AUD 399
This will be a ROCK BAND logo in the music industry. We are in the process of recording our first album and want a logo
91
entries
25
diseñadores
Old newspaper needs new Logo
299 US$
We are a traditional weekly community newspaper that is now rebranding. The Pelican newspaper has served the community f
111
entries
39
designers
Create a logo for a forward thinking docu drama media entity
499 $
Truth based docudramas video producers - Youth, Millennials, younger moms
129
entries
23
Designer
Chic and fun new dance studio for kids needs a logo! Energy Dance Academy
US$ 299
A premiere dance studio for children ages 3-18. Beautiful facility, bright colors, clean, and chic. Has a boutique fitne
52
entries
11
diseñadores

Jetzt starten
Design brand logo for Our Star Wars Story
499 $
"Our Star Wars Story" is a social media profile collection that follows our family adventures in everything Star Wars. F
80
entries
18
Designer
Design a logo for a new scifi space opera series in the vein of Farscape and Star Trek
499 US$
Terra Lost is a new sci-fi space opera world that will be used primarily as a book universe. This logo will need to sit
231
entries
60
diseñadores
Design a cool logo for a high end event company
669 AU$
High end corporate event management, creative reliable and technically savvy.
508
entries
113
designers
Create a fun logo for a start-up, independent book publisher.
299 $US
Underhill Press is an independent book publisher.
78
entries
22
designer graphistes
Need a logo to help me shine! Leather & Lace - Acoustic feminine with a rocker edge
299 US$
Music primarily acoustic guitar and vocal music in a wide variety of venues
147
entries
29
diseñadores
Logo for Podcast
$ 899
I have a business podcast in which I interview business owners, entrepreneurs, and inspirational figures. I discuss thei
83
entries
43
Designer