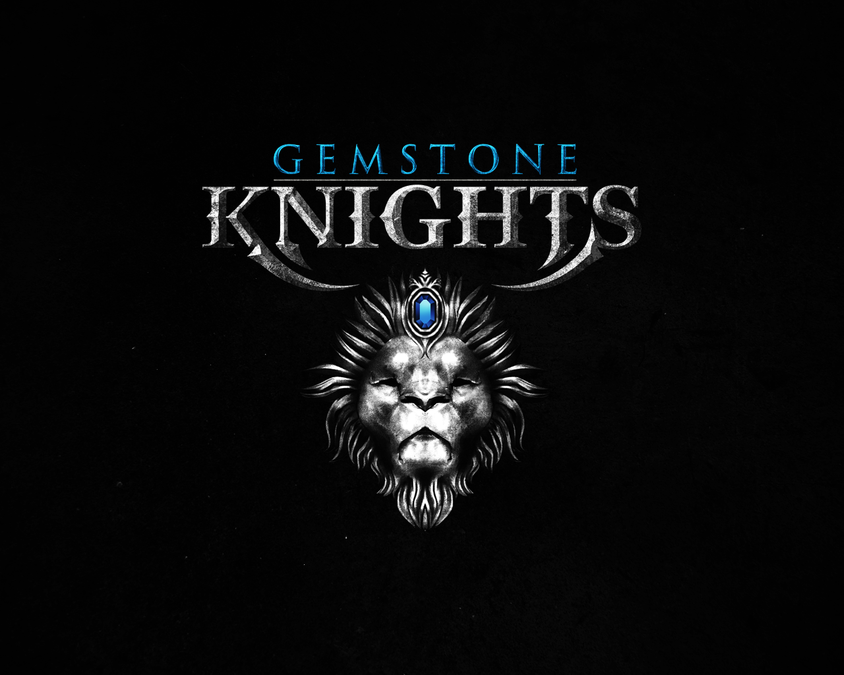 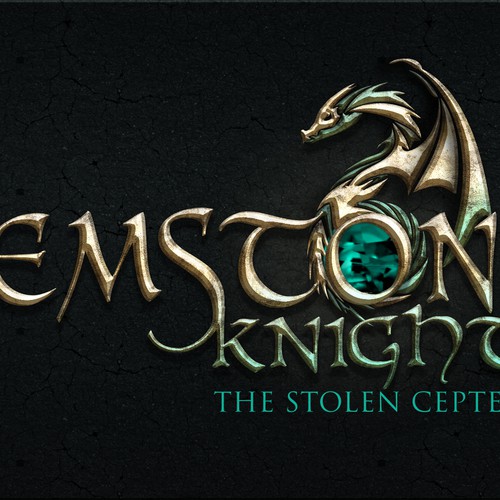 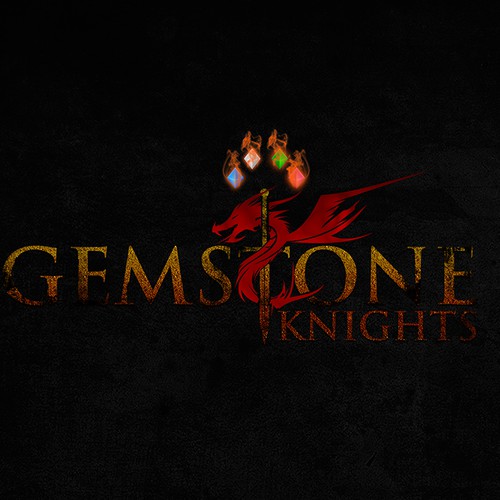 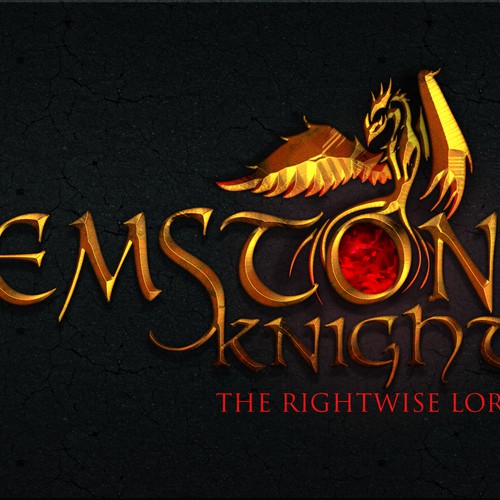 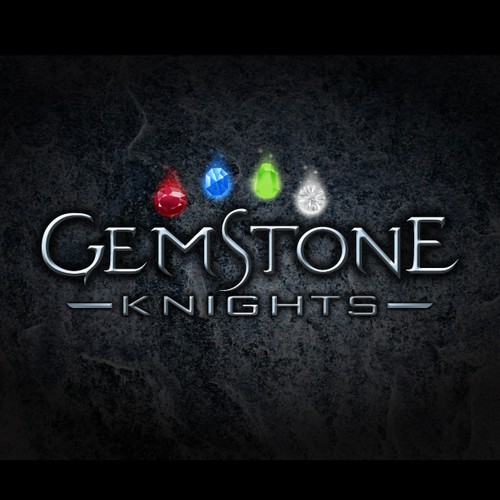 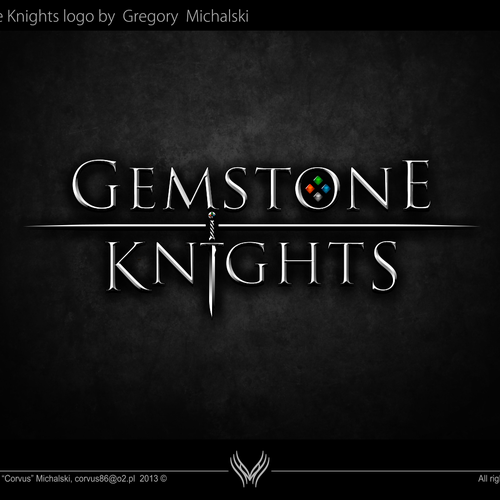 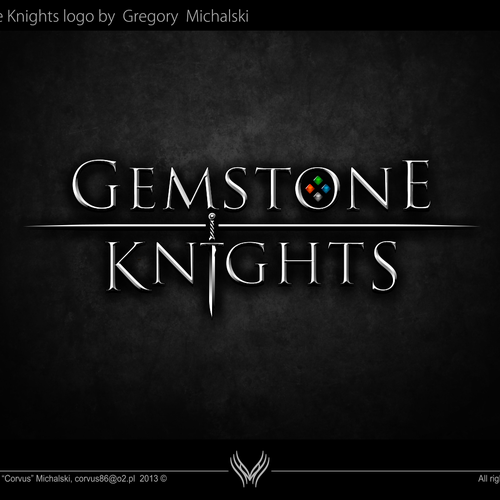 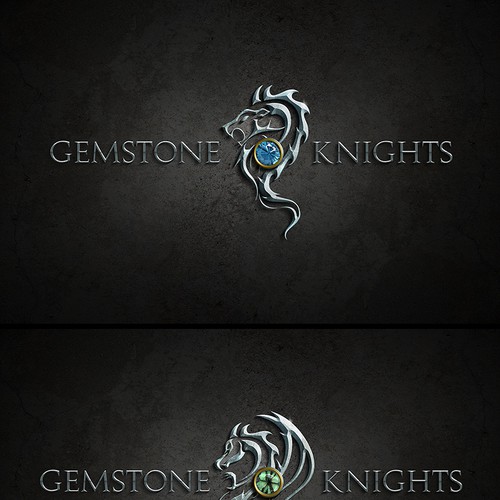 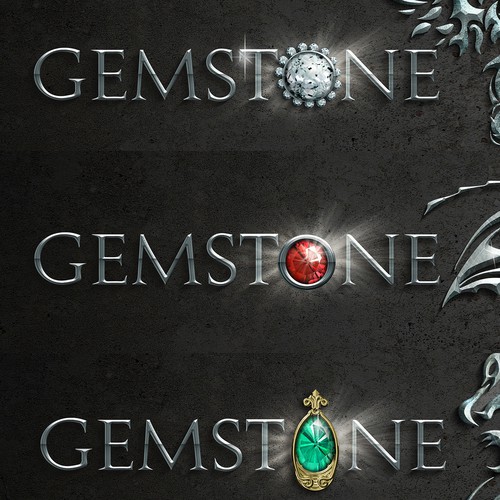 Darkrose Studios is a creator-owned creative studio specializing in the writing and producing of original Sci-fi and Fantasy content.

We are getting ready to publish an illustrated novel (essentially a novel with concept artwork every 10 pages).

Gemstone Knights - likened to that of Game of Thrones and Lord of the Rings. Gryffud, a young huntsman, discovers on his 20th birthday that he is the rightful heir to the High Throne of Roncalion. Nearly 15 years prior, Roncalion was attacked by a merciless tyrant. In desperation, the High King ordered his most trusted servant, Tameer, to leave the castle with his four children, the rightful heirs. Gryffud and his siblings were split up and raised in secret with no mention or knowledge of their true blood. Gryffud is tasked with reuniting his long lost siblings and finding a way to reclaim the High Throne.

There should be one logo for Gemstone Knights,and there should be alternate versions of the logo with the names of the individual book directly below the logo.

Something to consider (does not have to be in logo, but im open to it): there are four magical gemstones that have been blessed with the power of four mythical beasts (The elder Lion, The Dragon, the Ancient Opidithera (A giant moth), and the Phoenix. the gemstones are: Saphire (blue), Emerald (green), Ruby (red), and Diamond (clear).

I have GUARANTEED THE PROJECT!  There are some really good submissions so far, but not enough.  And I want to show you all how serious I am about this project.

Even though I will likely only choose one of you as the winner, I will choose SEVERAL DESIGNERS to do work on a 1-to-1 Project (for Posters, Alternate Covers, etc)

Remember the theme of the logo needs to be serious and dark, like the attached examples. The artwork attached are original works that will be in the book. DO NOT SHARE THEM WITH OTHERS. You'll notice that the gemstones are worn as clasps on their cape or armor.

Design a fresh logo for Hip Hop Producer alexgotthatsauce
EUR 729
I am a music producer with the artist name 'alexgotthatsauce'. I make hip hop beats. The logo should include alex got th
68
entries
22
diseñadores
A flexible logo for a literary publisher
1.099 CA$
We publish poetry, literary fiction, creative non-fiction, and criticism, with an emphasis on diverse and non-traditiona
148
entries
68
Designer
143 Boz Logo
499 US$
105
entries
31
diseñadores
Vintage Logo for a cool Brooklyn film company.
$299
Indie film production specializing in documentary and original comedy. Founded by female filmmakers.
154
entries
53
デザイナー数
Some people have a Nightlife. We want to create more Daylife.
1.699 CA$
Video production on Vancouver Island. Music Videos and commercials. Talk show and music.
130
entries
22
diseñadores
Design a fun beaker logo for Mad Lab
US$499
Mad Lab creates entertainment media and personal development content for people looking for change in their lives, and a
409
entries
52
diseñadores

Jetzt starten
Logo needed for SATIRE NEWS web site (like The Onion!)
CA$ 399
Our client is a funny, slightly snarky regional satire web site that "covers" the news with a style very similar to The
43
entries
14
designers
Logo design for Music label
309 CHF
URBAN MUSIC
148
entries
40
designer graphistes
Your help is required. Our social brand needs a logo!
EUR 269
We are planning to launch a T-Shirt Brand which has some social and emotional aspects. We would like to support social p
99
entries
16
diseñadores
Logo/Branding for New SciFi Media Company
US$899
Media site with a science fiction genre audience.
34
entries
12
diseñadores
Logo for Hollywood stunt company
GBP 239
This company does specialist wire work and rigging for the stunt industry. We set up the Stunts for the stunt coordinato
70
entries
17
diseñadores
JL Entertainment (bounce house rental business)
299 US$
We rent inflatable bounce houses and waterslides. Our main target audience is mainly kids.
21
entries
7
diseñadores