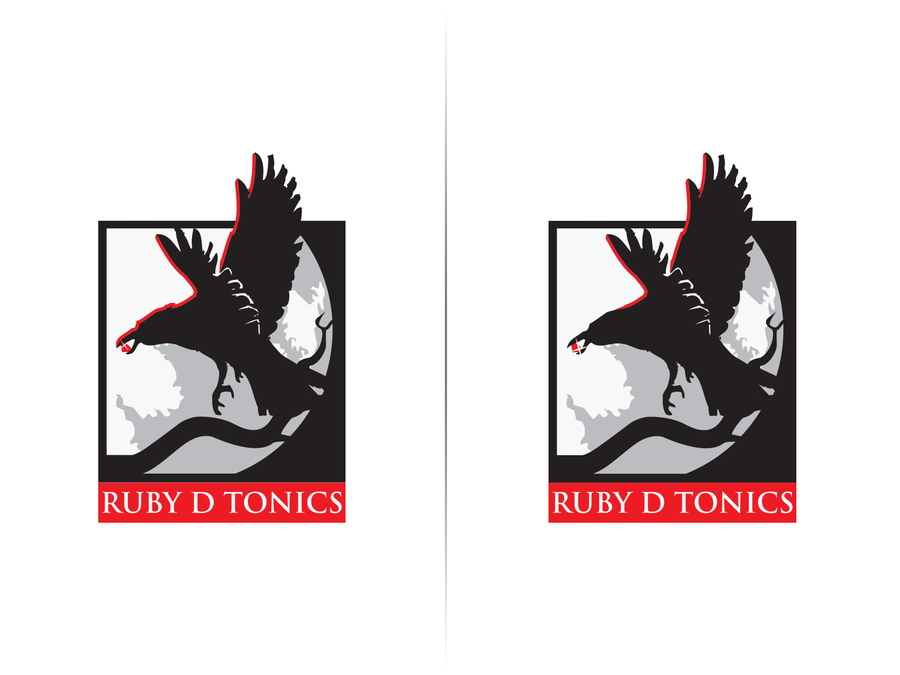 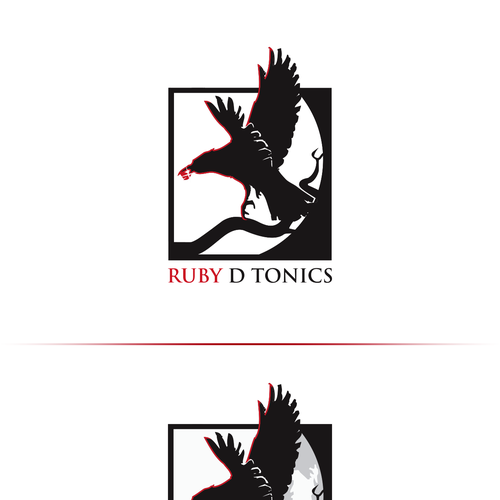 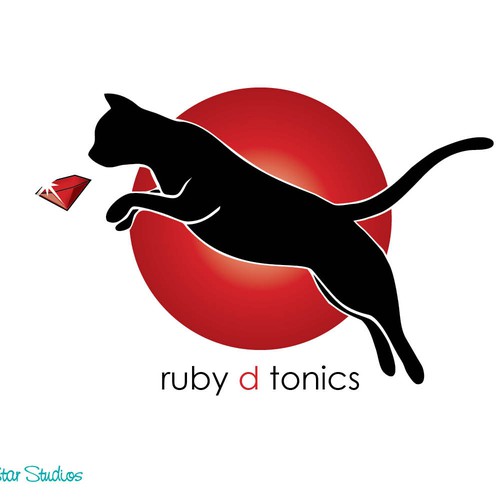 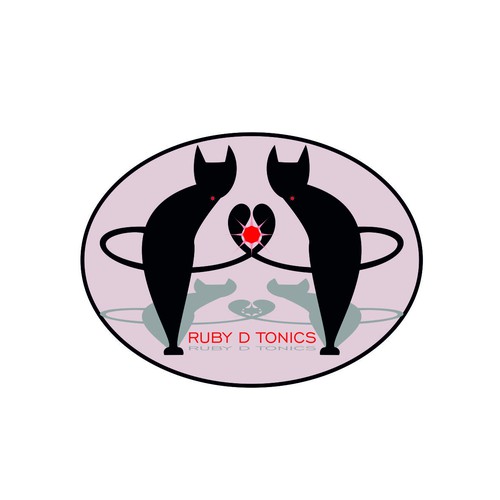 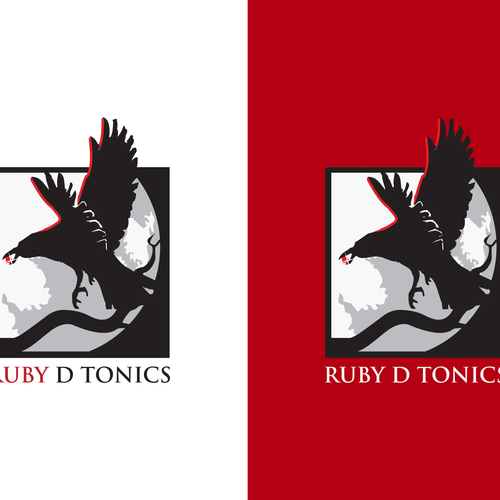 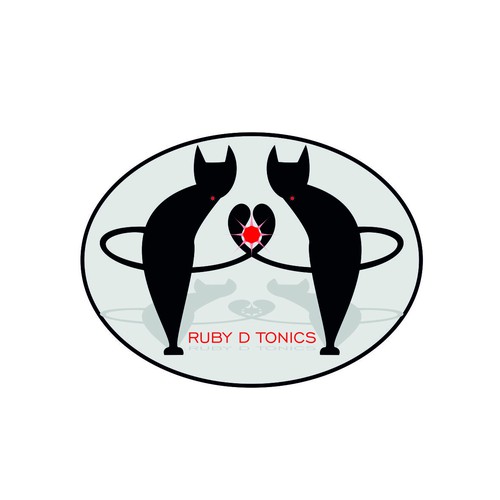 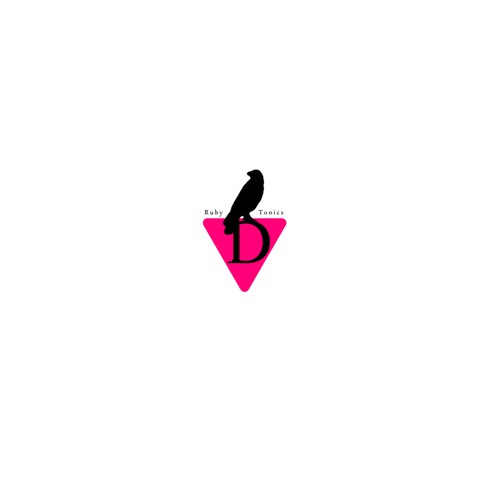 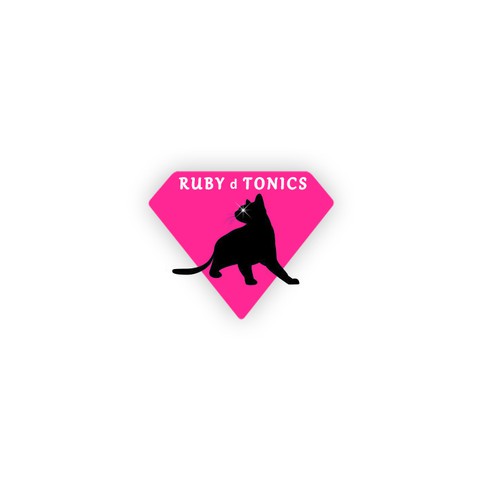 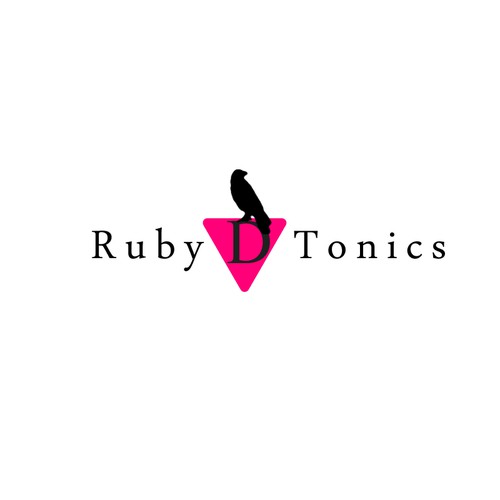 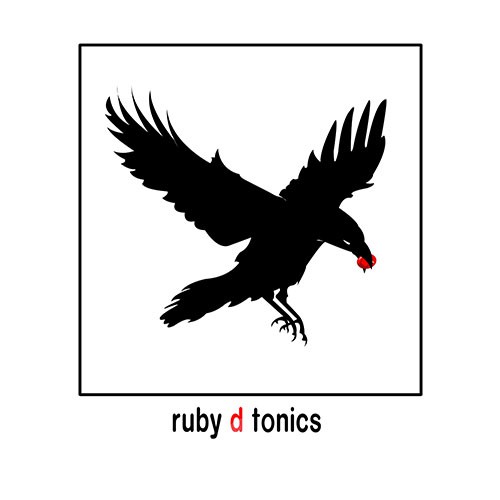 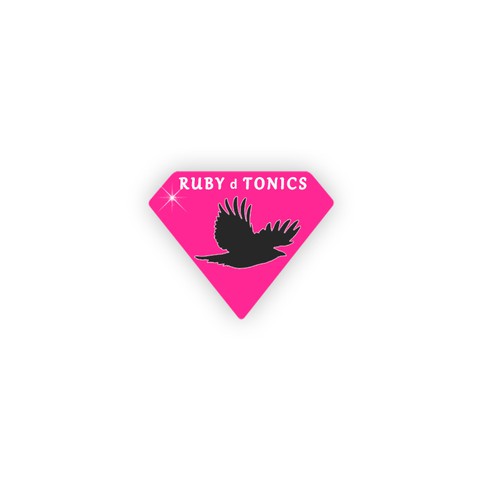 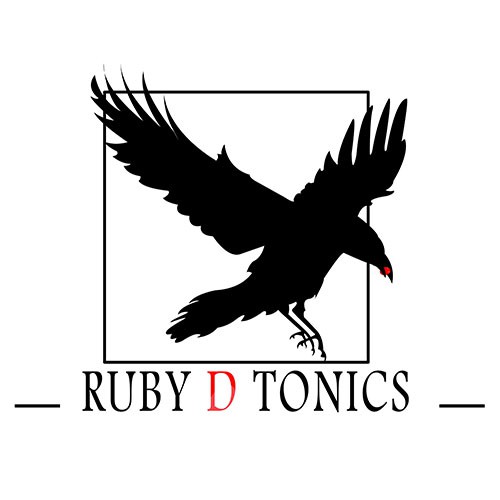 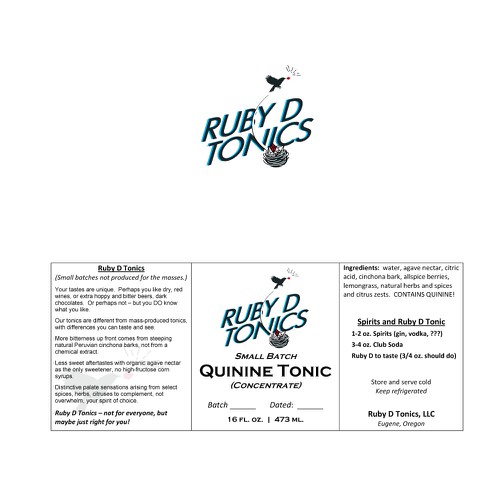 Our tonic concentrate is created in small batches using natural ingredients (cinchona bark for the quinine, agave syrup for the sweetener, various herbs, spices, and citruses for subtle, yet complex, flavor profiles).

Our target audience enjoys fine gins, vodkas, and other spirits. They are willing to pay a premium for quality spirits, and would purchase a quality tonic which enhances, not detracts, their imbibing pleasures.

This audience will likely include young professionals (30-45 age), experienced management (50-60 age), and well-off retirees. It will also include higher-end bars, nightclubs, and restaurants where mixology is a valued art form.

We are contemplating using the bold lines and message of a black "familiar" animal, either a crow or cat.

We favor a crow/raven design featuring a ruby: Possibilities might be a crow lifting off into flight after snatching a ruby from a nest of rubies, or a crow in silhouette with a ruby in its beak. Sumi-e style would be of interest, but is not required. Bold lines, unmistakable design definition, are qualities in the logo that are absolutes.

Alternatively, we envision a black cat, possibly curled up with a ruby in its paws, or a silhouette of a cat with a ruby on its neck. Possibilities of the cat "snatching" the ruby from the air are intriguing. Again, sumi-e style would be interesting, but is not required. Both crow and cat concepts illustrating a clear uncluttered sense of purpose and motion are preferred.

A third idea was the letter D in ruby red, glowing or backlit, with the word Ruby shown but muted. (Update 4/30/2014:  We're tending to not like this idea so much, but we might consider a really unique take on it.)

Looking for simple, timeless and graceful elegance. Bold lines and unmistakable design definition are qualities in the logo that are absolutes.

The attached document is only to give an idea of the product. The actual production label will be significantly different.

Other ideas you have are welcomed! We look forward to your imagination and creativity.

Design a Logo for a Coffee Brand
$299
We sell high end coffee. Our company is along the Huron River, so I wouldn't mind if there was some kind of representati
98
entries
29
デザイナー数
JC express LOGO !!!!!!!!!!!!!!!!!!!!!!!!!!!
US$299
JC express is a convenient store, which has the best prices possible
76
entries
17
designers
Mother-Daughter celebrity team need a logo for new eco-friendly, food related product line!
US$ 299
We are a mother/daughter team of food, candy, and treat reviewers and we have a YouTube channel. We are now launching a
59
entries
16
designers
New Nationwide Hot Chocolate Product (no bombs within logo)
GBP 229
My company Podovate Ltd is launching a hot chocolate product called Chocolate Bombs. Its a highly innovative design usin
150
entries
49
diseñadores
Wine lovers looking for a logo
US$ 299
non-profit social group that organizes wine pairing dinners. bringing together good wine and good food for enjoyment of
189
entries
34
designers
Cooking up a Good Design? Cookbook Publisher needs a new Logo.
USD 299
We publish cookbooks. Primarily regional cookbooks. They are all comfort, home cooking recipes for everyday cooks to p
63
entries
16
designers