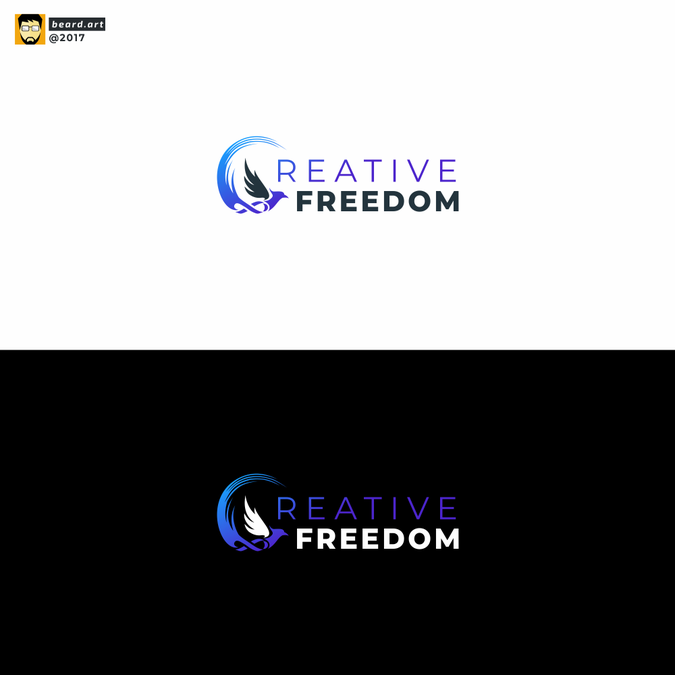 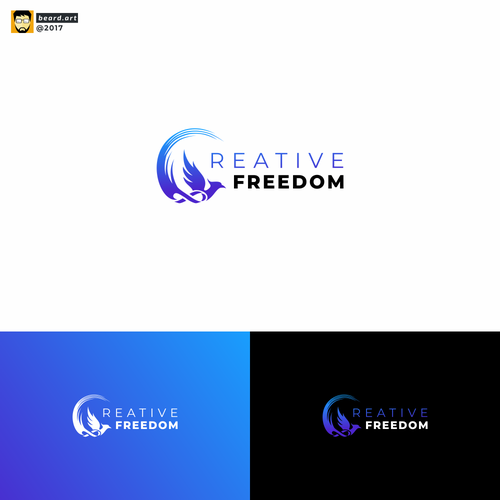 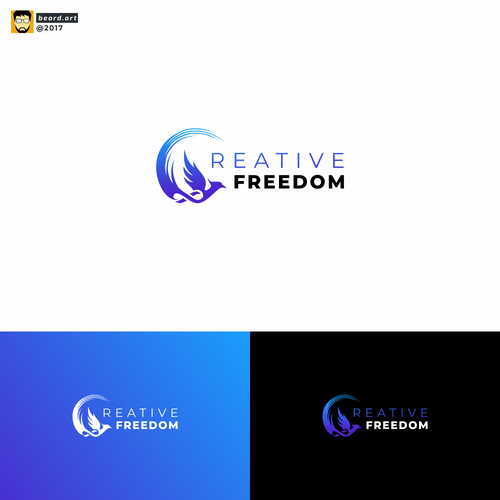 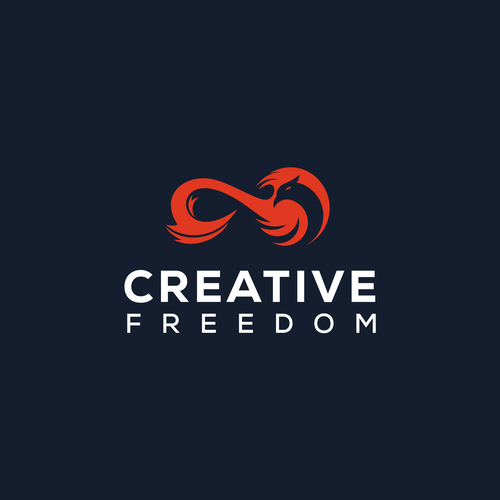 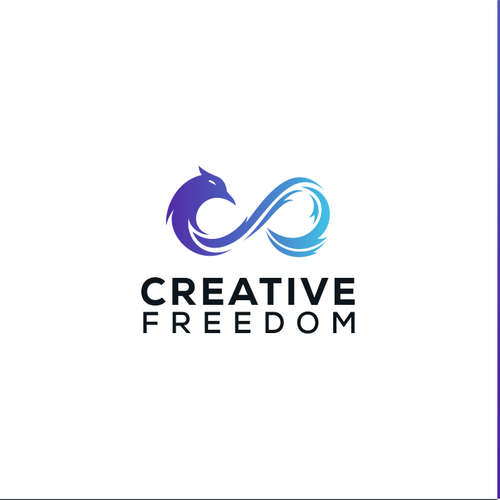 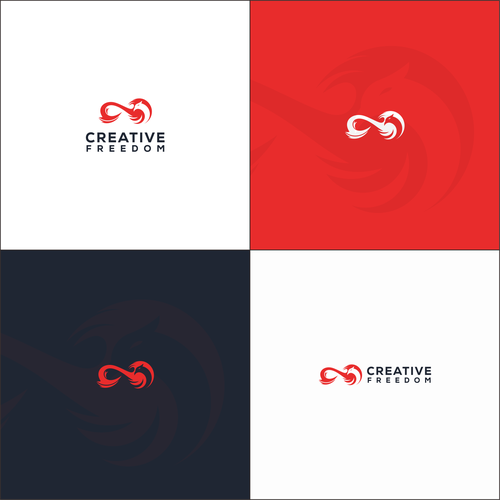 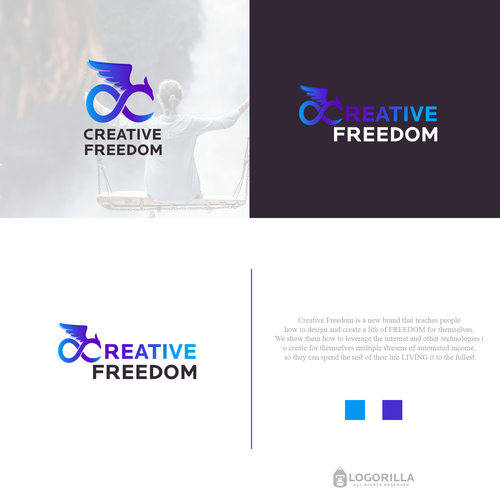 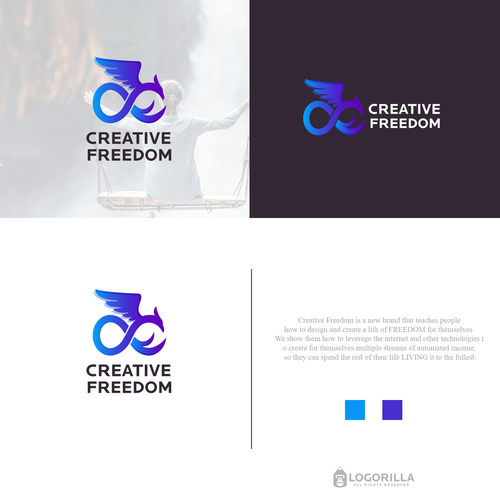 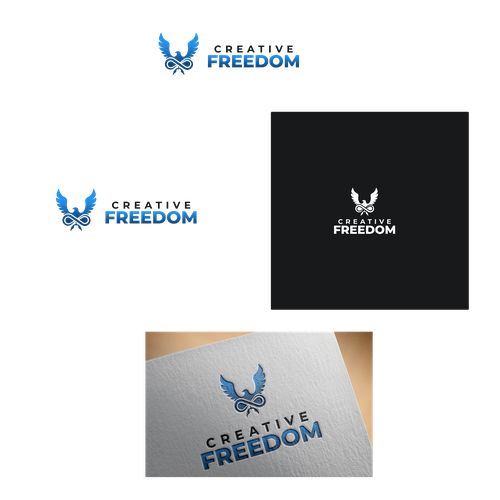 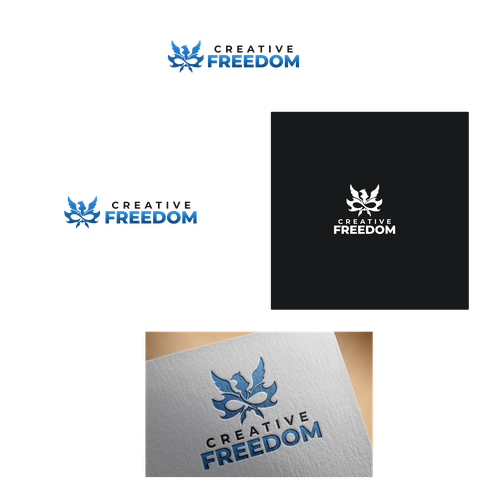 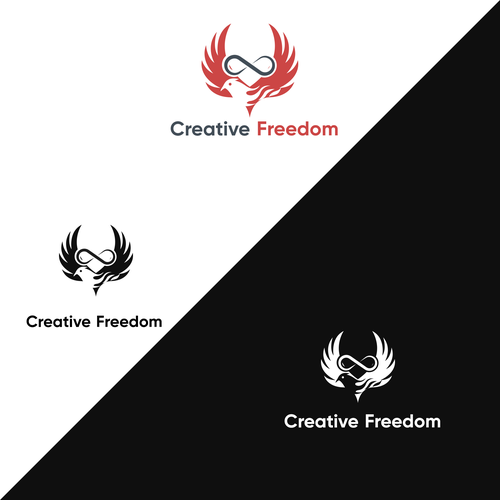 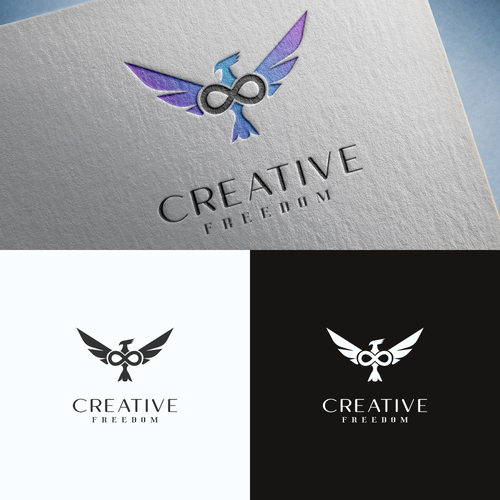 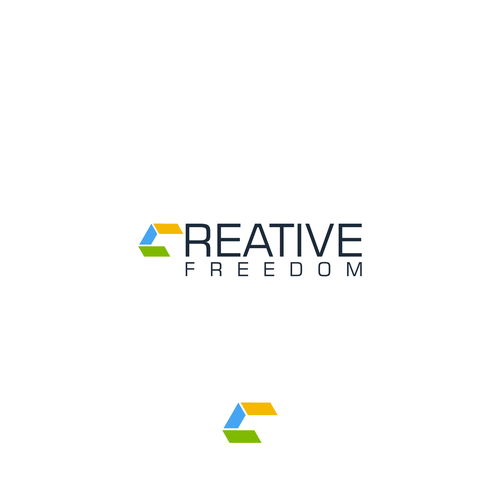 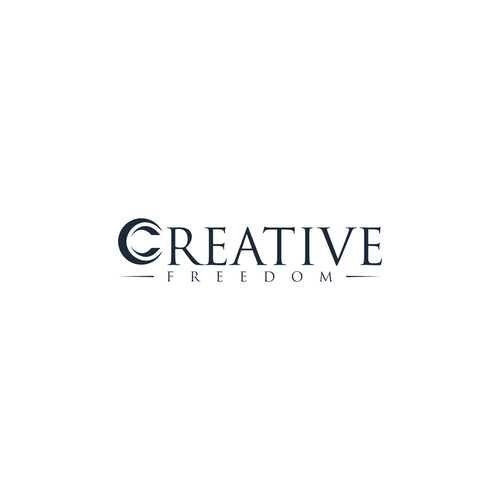 Creative Freedom is a new brand that teaches people how to design and create a life of FREEDOM for themselves. We show them how to leverage the internet and other technologies to create for themselves multiple streams of automated income, so they can spend the rest of their life LIVING it to the fullest.

UPDATE:
Hi everyone! Thanks for your contributions so far! Your designs have sparked some new ideas for me, so I'll communicate them here.

I like the idea of having a symbol of some sort that represents freedom. I like the idea of broken chains and/or birds, but rather than just any type of bird, I'd like to see a PHOENIX integrated into the design.

I'd also like the symbol / logo to communicate the fact that EVERYTHING someone needs to create freedom for themselves is already inside of them. So that could be captured with a YingYang symbol or possibly a representation of a universe being inside of the phoenix.

I want people to look at the symbol and feel like it represents THEM.

Hope this guidance helps... let's see what else you got!

Thanks again for participating in my contest.

UPDATE 2:
Also, I really like the symbol for limitless. I think I'd like to see it integrated with the phoenix. Limitless symbol: https://screencast.com/t/P3BszbUscALq

Another idea: maybe even something like this: https://screencast.com/t/MvPrP3Vfg But instead of the persons arms being down, they are up in the freedom / victory position.

I love how this example has the infinity symbol subtly around the person. I'd like to see some designs around this concept also.

This logo will be the look of what will be a global 8-figure brand in the next couple of years. It needs to be classy, yet simple. I would like part of the logo to be a stand alone recognizable symbol... so that when people see the symbol, they recognize the brand, even if they don't see the full creative freedom logo. If you have any questions, just ask

Ashe Web Design
US$299
Web design company.
94
entries
20
designers
Design a logo for the next BIG Web App
£239
Its a website and app that lets people verify the author of articles/blogs.
33
entries
9
designers
Logo creation for a fun new challenge
$299
We help people build and launch ecommerce stores
22
entries
11
diseñadores
Logo for Shirtwebsite
€449
We are delivering monthly gaming, geek and Nerdshirts. Our customers are getting a shirt every month, this shirt is a my
83
entries
29
designers
Fun, laid back advertising agency looking for logo (PPC Pirates)
$299
Advertising management for large Amazon sellers
41
entries
18
designers
Illustration/logo for our Salesforce tool
€269
Startup in the field of IT consulting in France. We provide salesforce administrators with a tool that makes their work
43
entries
6
designers

Jetzt starten
New Swiss Youtube channel needs the best logo
CHF 309
This new logo will be used to create a new youtube channel all around fun woodworking projects and diy stuff. I will als
158
entries
21
designers
Create logo for modern-fathering website: Right Away Dad.
299 US$
Lifestyle blog/vlog and coaching service for any father who wants to better at the only job that really matters. This si
183
entries
30
designers
The world's first blockchain fund of funds
€269
We are the world's first blockchain coinvestment fund This means we are a fund that invests in other blockchain venture
169
entries
54
designers
logo for coworking space needed
EUR 269
builderspace is a new coworking space of our own company builder / VC. We need a really cool logo for that.
21
entries
8
designers
Logo Design for an iOS Food Menu App
96.799 JP¥
iOS Food Menu App. Translates and lists restaurant menus so that tourists can order like locals.
287
entries
83
designers
New Logo for Development Agency
US$ 299
We are an ecommerce web development agency. Our customers are tech savvy professionals.
41
entries
18
designers