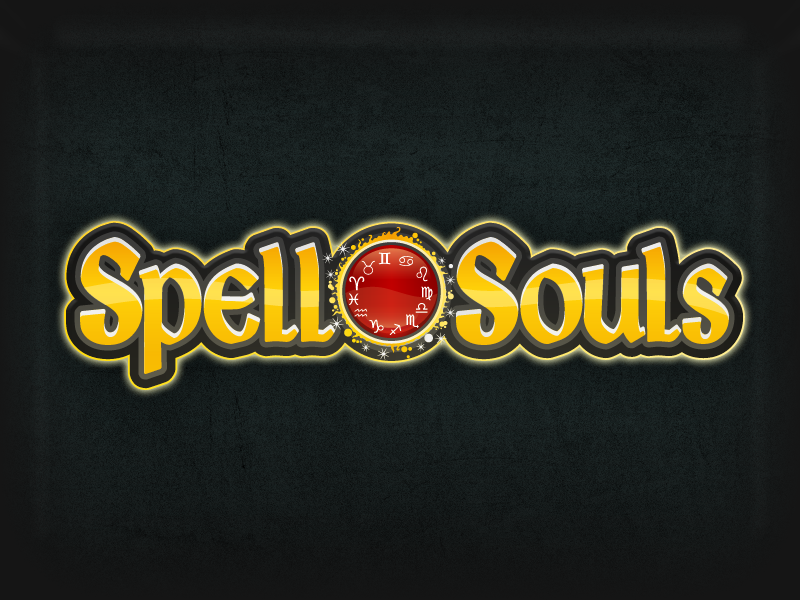 Logo for a Game 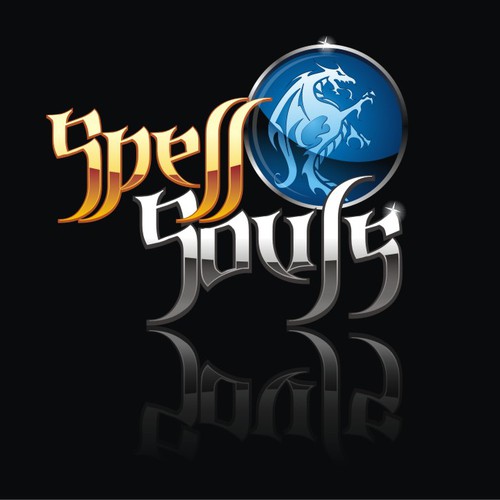 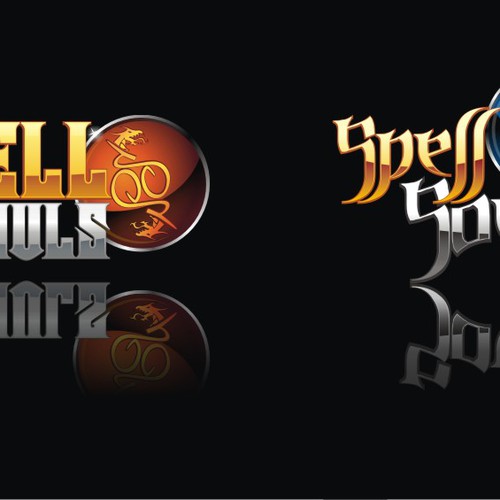 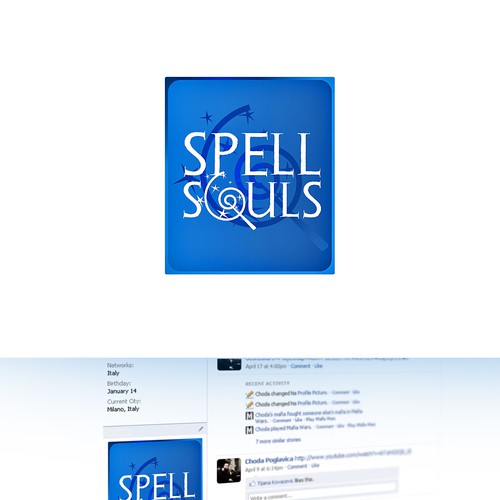 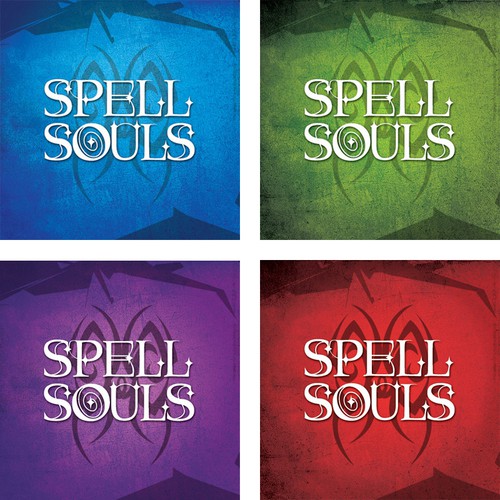 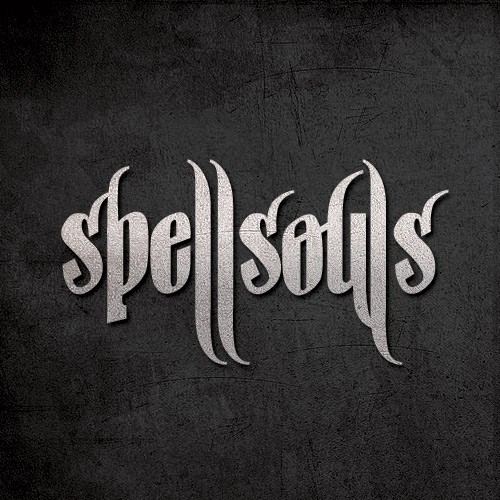 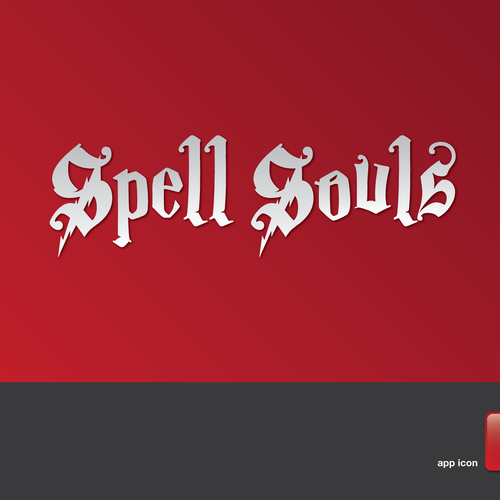 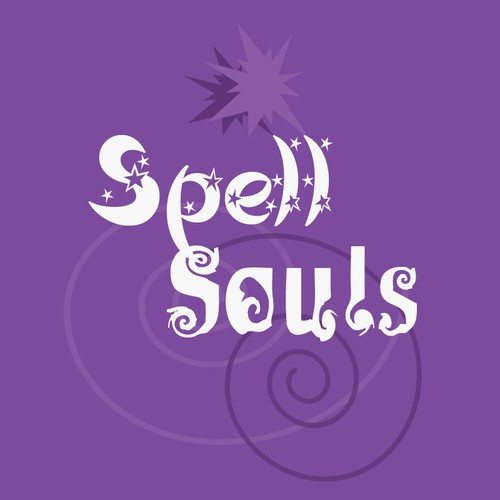 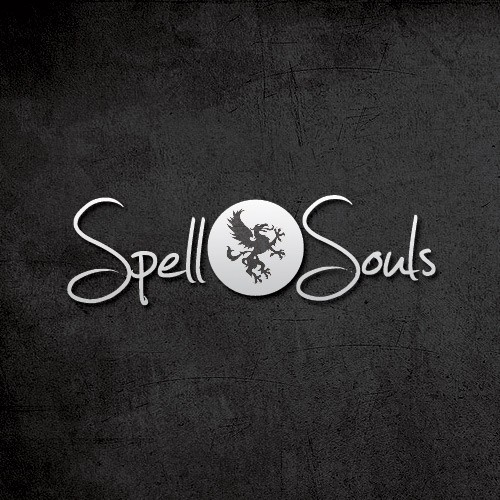 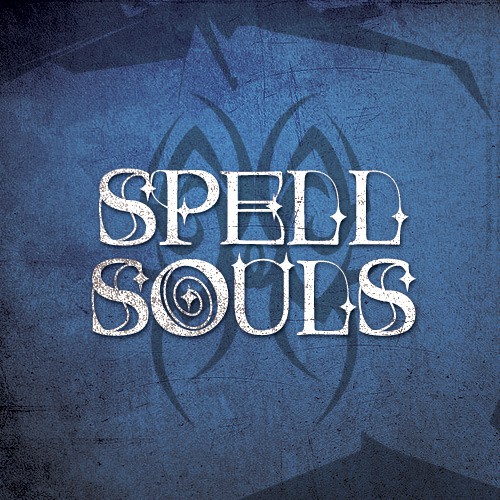 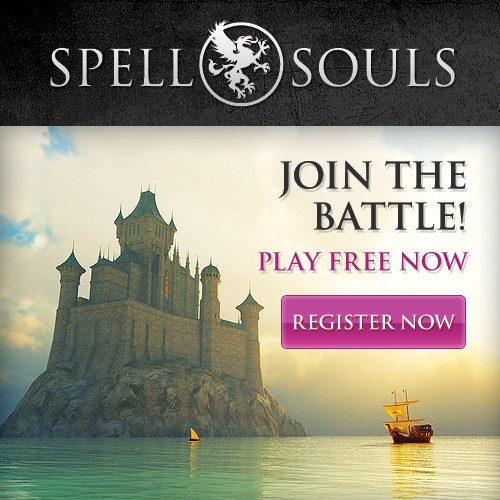 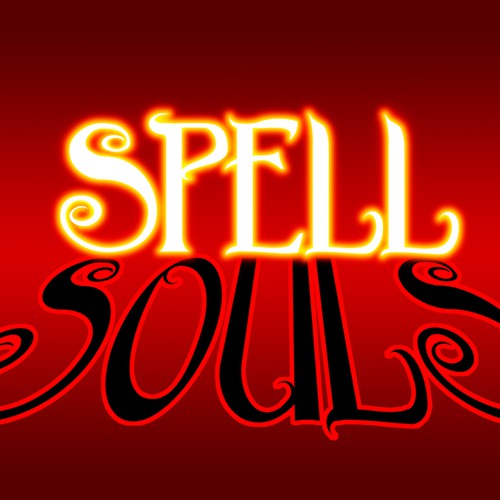 We are working on a web and social-network based game called Spell Souls. We need a distinctive logo that can work at any size and which seems magical without being stereotypical fantasy.

The game uses orbs, arena and towers. It’s a social game so maybe you could use a stylized character representing a person’s friend or soul creature or a nice orb graphic. Another direction could be to use some sort of magical lightning effect or threads of magical energy. Symbols to use would be zodiac signs and the elemental powers of earth, air, fire and water.

Spell Souls is a game of magical battles, set against a backdrop of a changing modern world. It is intended to be a less-than-serious modern fantasy game in which players will compete to be the most powerful mage in the world. The game will have a visually vector-art kind of theme, a mix of the slightly cute and slightly scary. Players will use spells, magic items and other secrets to battle with each other, with each having a mix of comedy and horror.

The game is essentially epic in scale but occasionally funny. Some spells that players can use, for example have terrible names like Creeping Doom or The Dark Angel, whereas others are more light-hearted, like "Hanna's Herds" or "The Sylvan Pox".

Spell Souls is aimed at an adult game-playing audience that may have some slight familiarity with games on Facebook or the web already, and so it seeks to charm and entice them in equal measure.

Spell Souls is browser-based, and so you would interact with it much the same vein as a web site. We have developed a functional spec for the game and some designs internally but we are looking for some different perspectives on how the game might look visually.

- We are looking for a great logo design. The logo needs to be evocative and magical, but the kind of magical that we are looking for is more modern, funny and scary and than a Dungeons and Dragons style of fantasy game.