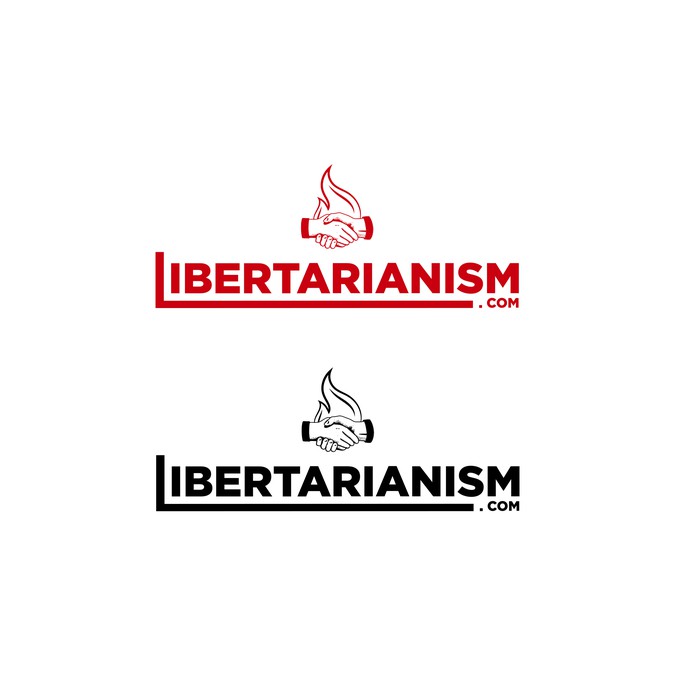 Libertarianism.com needs a logo to help inspire a social evolution! 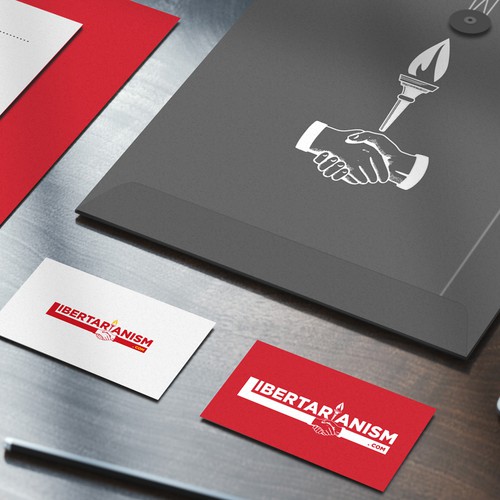 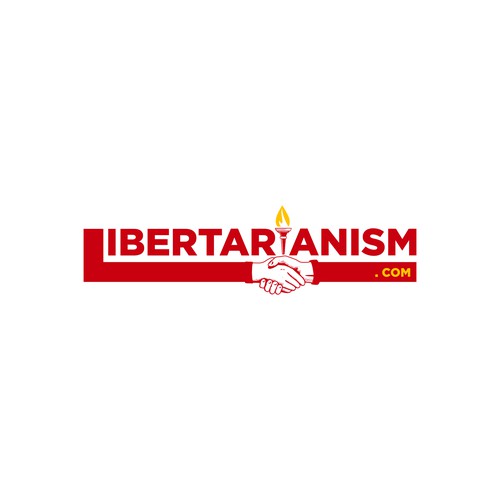 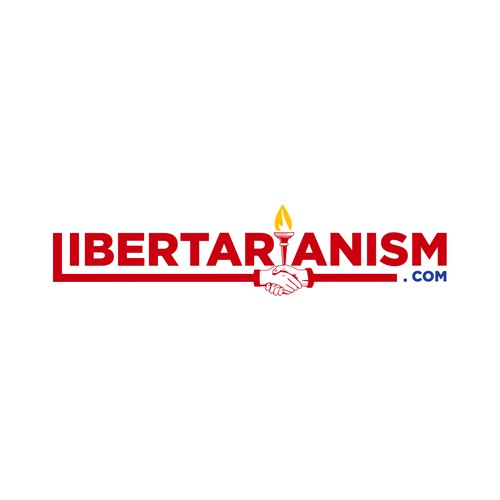 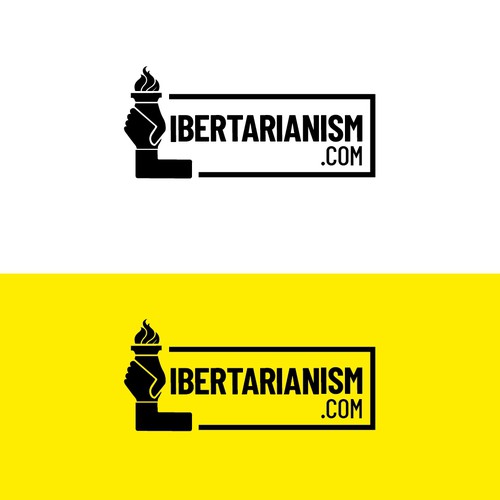 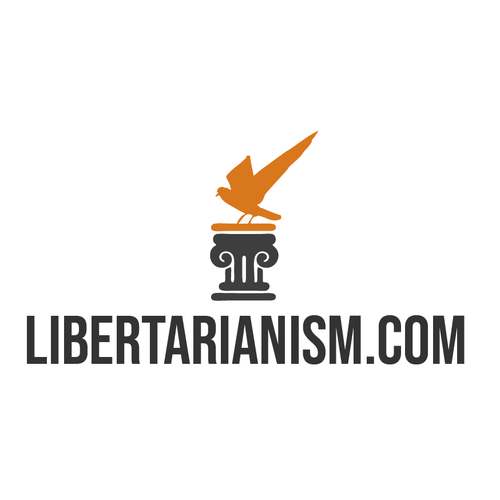 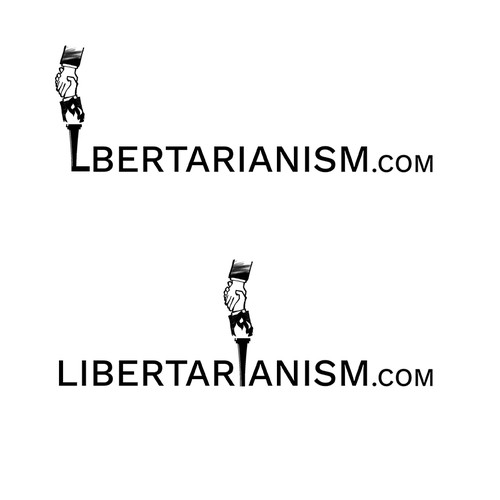 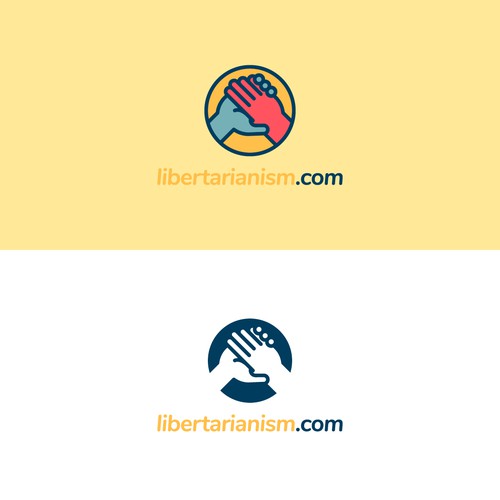 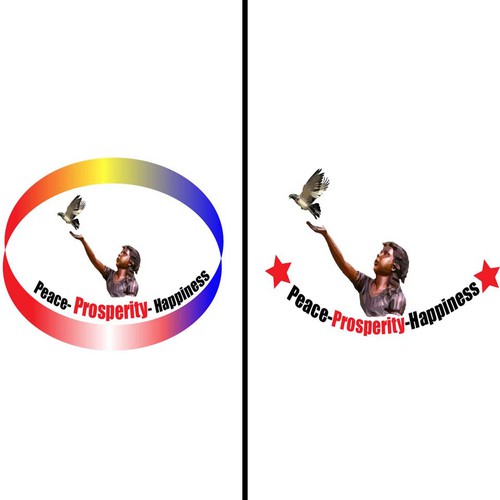 I own libertarianism.com and we are going to build out the website into a full featured content rich website. The website will feature video and written content. Our mission is to present libertarianism as a clear, inclusive and uplifting social philosophy, which all persons can embrace. Please read below to get an introduction to libertarianism and help guide your design ideas. We are looking for a logo for our website. Please provide the logo in PNG, Jpeg and PSD files
----------------------------------
Many believe libertarianism is a political philosophy seeking to adjudicate power in a more efficient and less oppressive manner than other political philosophies; however libertarianism is much more than a political philosophy.
Libertarianism is a model for human social behavior and well-being, it’s a social philosophy.
As a social philosophy libertarianism seeks to identify consistent principles that when adhered to will maximize peace and prosperity for all of humanity.
Examples of principles are fire always needing oxygen and water boiling at 212 degrees. These are nature’s principles which are consistent and never change. Libertarianism examines human interactions to isolate social principles which consistently drive peace and prosperity, and which have destabilizing consequences if broken. Libertarians identify two social principles which are consistent, never change, and which apply to everyone.
The first being that most people most of the time strive to be happy.
The second being that anytime someone maliciously uses coercion (violence and force) to hurt another person or steal their property, human happiness decreases.
These principles are universal and consistent to everyone. Individuals strive to be happy, and coercion always reduces happiness and prosperity. Libertarian principles clarify that in order to maximize prosperity and harmony for all, individuals should never use coercion.
If you used coercion to moderate your social interactions you would quickly find yourself without a job, friends, or family, as almost no one wants do business with or associate with a person that resorts to coercion when dealing with others. Free Markets and free people govern themselves in voluntary manors, they must if they are to trade and be successful.
If coercion became the common social principle regulating human interactions, our economy would halt and quickly regress. Our modern standard of living is built around trade moderated by voluntary transactions.
It’s time to evolve past the idea that we need politicians and their coercive agents organizing and regulating our human interactions.
Political elections and representative governments are outdated and regressive technologies. In the age of virtual reality and self-driving cars, humanity is being governed by men and women using coercion backed by violence to enforce ideas and a social hierarchy which is 2,500 years old.
Despite all the social progress humanity has made over the past 2,500 years, there is one human trait which all cultures have yet to overcome and which is holding progress back, and that’s our obedience to men and women in artificially manufactured authoritative positions, that is, submission to politicians is holding progress back.
American culture is ready to evolve past regressive politicians and their archaic way of organizing human interaction, into a culture which is organized by voluntarism, or libertarian social values. Where all social and economic interactions are guided by free people choosing to freely interact with one another.
Libertarianism strives to embed in all people a social values system centered on respecting the humanity of others and resolving to never use coercion to solve personal or social disputes.
True progress can be found in ending our obedience to coercive politicians and fully embracing the voluntary ethics you already use in your daily life. The best long term sustainable way to maximize human happiness, peace and prosperity is to raise the cultural ethics of society to where everyone recognizes the individual and common benefits of using persuasion instead of coercion in all social interactions.
Understanding that people seek to be happy and that coercion decreases happiness, we all would be better off if we moved towards eliminating coercive governments and embrace libertarian cultural values of persuasion over coercion.

So…What is Libertarianism and who is a libertarian?

Libertarianism is a social philosophy which observes that to the degree individuals refrain from maliciously initiating physical force against other individuals or their property, and do all they agree to do, human harmony and prosperity will flourish.

A libertarian is one who understands these principles, accepts the values of not maliciously initiating physical force against others or their property, and acts to persuade others to only enter into voluntary human relationships. A libertarian does not utilize agents (personally or through political methods such as voting), to initiate physical force or commit fraud on their behalf.

I like Red, Yellow, and Blue. But don't let that limit your creativity, in the end i will like whatever looks good.

I like the boldness of the colors and artwork
Love the artwork
I like the inclusivness of the colors
I love the simplicity of this design
I like how this logo signals what this company is about, we can clearly see they make clothing for fit individuals.

Please do not use the existing design framework of the national libertarian parties logo. I like how their logo is beautiful and simple, but it may just be a little to vague. You cannot even begin to infer what the brand is by looking at the logo.

Online e-commerce store in need of lit logo design
$299
51
entries
23
diseñadores
iloveseo.com Logo Design
US$ 899
We are a trade journal to educate and inform digital marketers about industry news, updates, and strategies.
603
entries
126
designers
prosperity jungle needs a prosperous logo
299 $US
online business that helps people become prosperous,happy, fulfilled
85
entries
23
designer graphistes
My logo is out there, in someones head, somewhere... Sure of it.
$299
web design, seo
41
entries
13
designers
Design logo for Cutting edge Cryptocurrency startup, Indra Crypto Capital
USD 499
Indra Crypto Capital is a Cryptocurrency firm focused on building a number of different products ranging from Wallets, E
44
entries
21
diseñadores
Design the Best Shopping Web Site Logo for Chinese Market
899 $US
We will launch a coupon, discount shopping website for China. As you know, China has a rich history and has a lot of tra
69
entries
33
designer graphistes