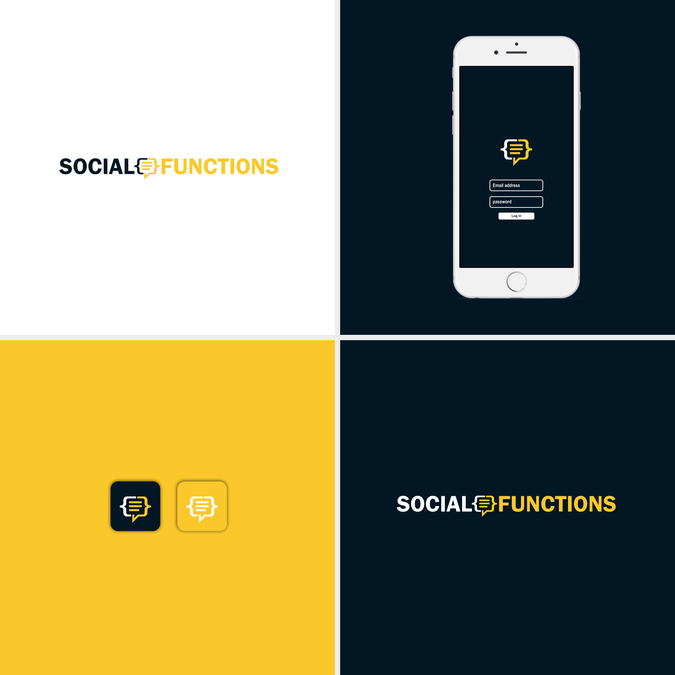 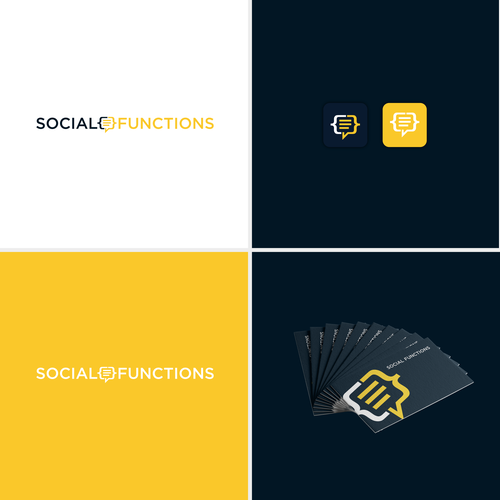 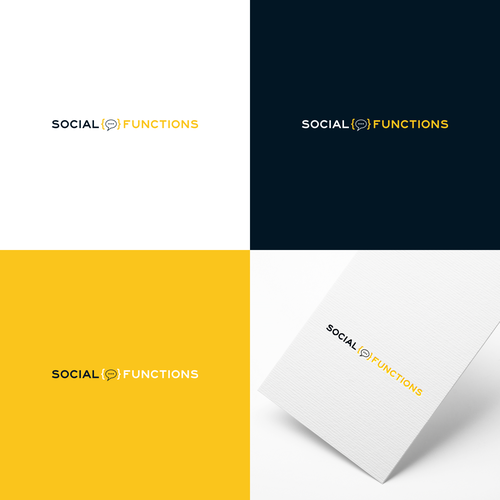 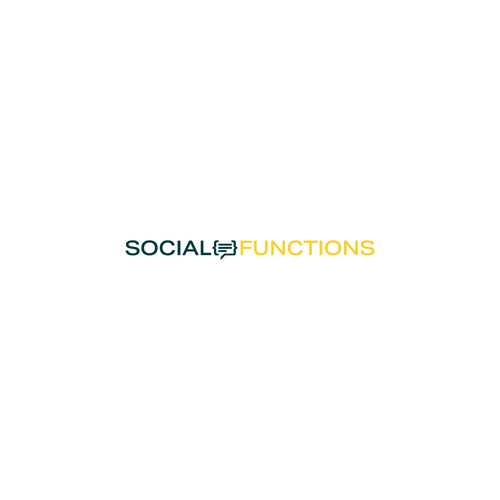 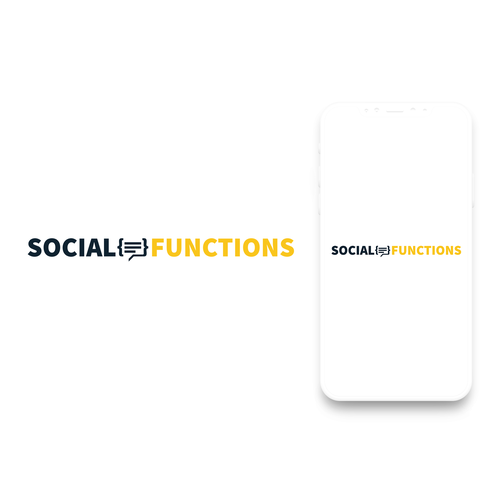 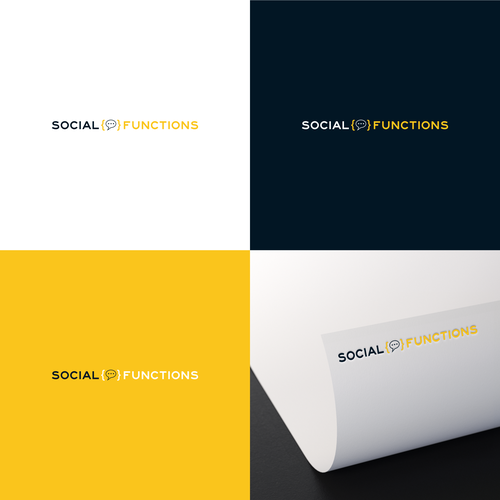 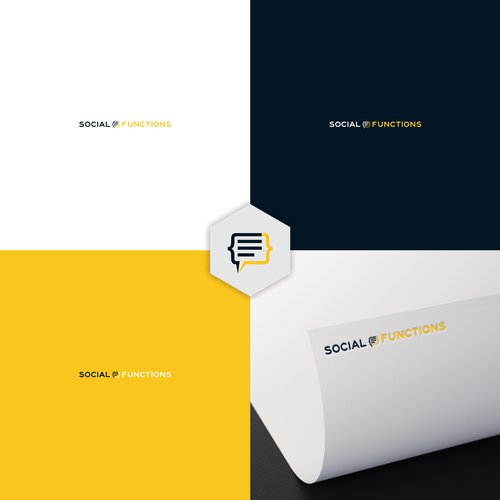 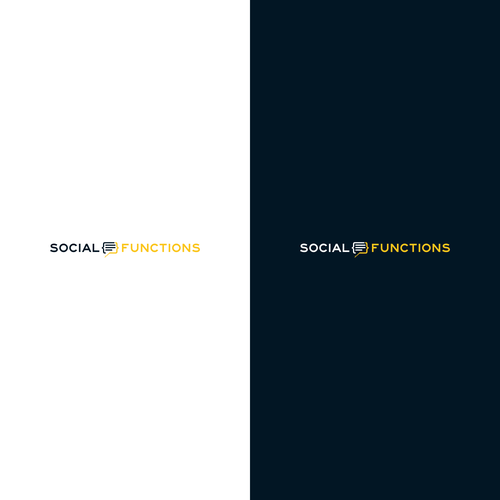 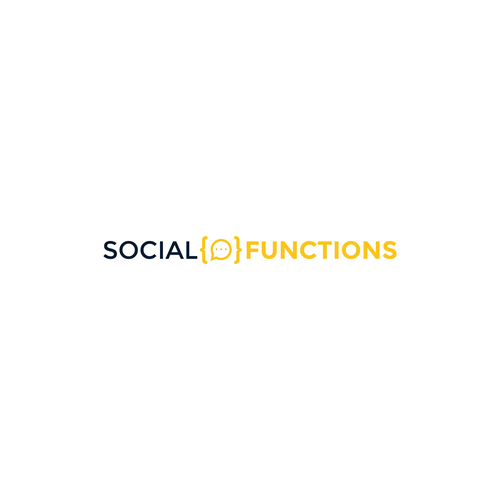 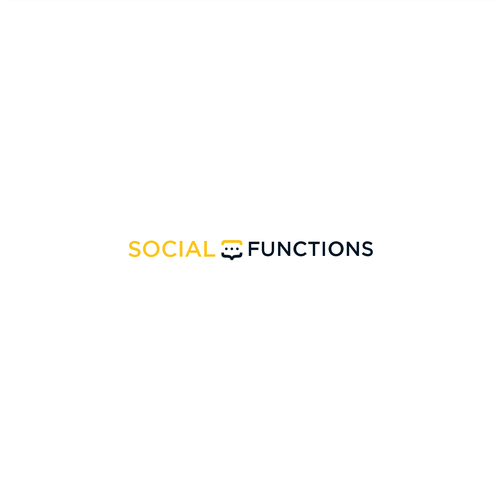 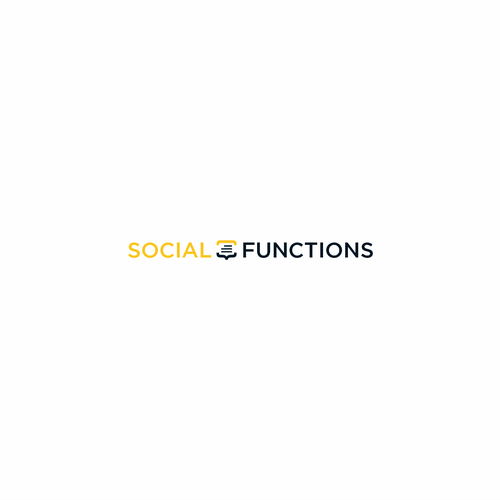 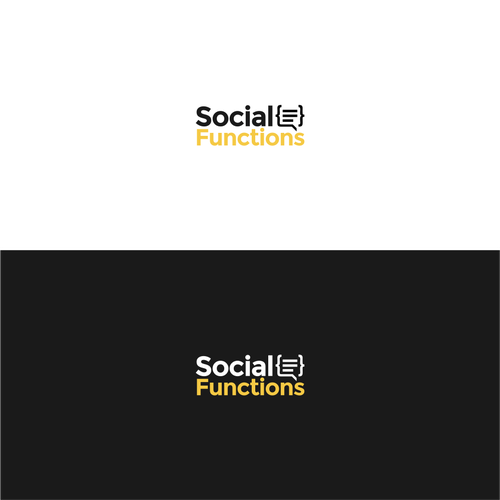 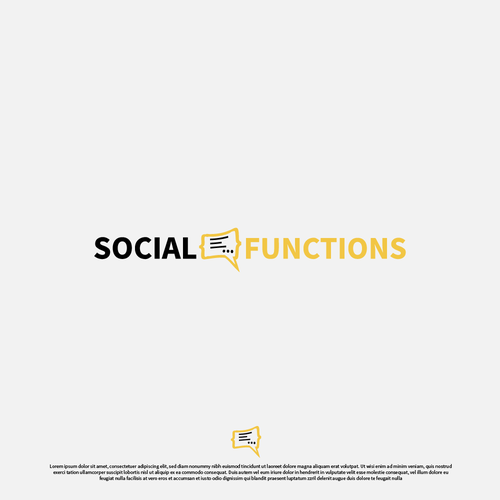 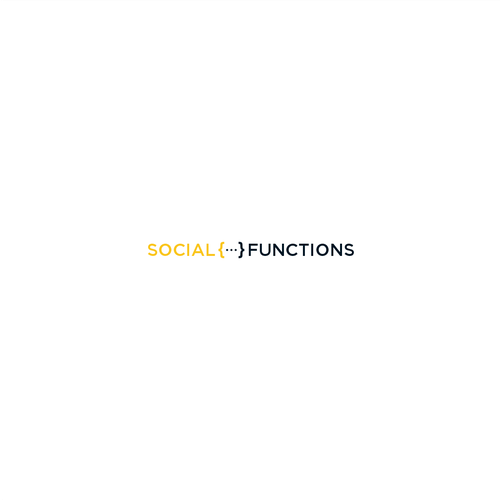 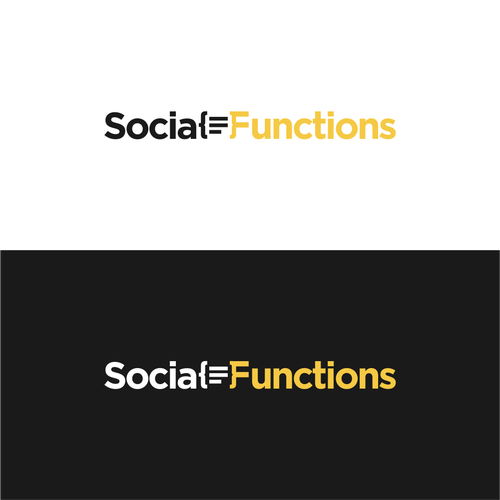 SocialFunctions is a marketplace for AWS lambda functions and other small executable applications. Developers get paid per execution for functions they contribute to the platform and customers can assemble these functions together to create custom workflows and applications.

The target audience at the moment is predominantly developers. While the long-arch plan includes less tech-savvy customers, the platform needs to attract developers to create a strong value proposition.

I dig the simplicity. This brand doesn't tell me too much, but the design looks great.
Clever. Heavily incorporates the neon vibe and would look great illuminated
I like the orientation of this. The brand mark is a little too detailed, but otherwise it's great
I like the idea of a small flourish around the word, without getting carried away.
Clean and simple word mark. The graphic is interesting

I'm most interested in a wordmark. This wordmark should communicate that there are two words, without requiring the space between them to be present.

I feel it's important that the casing be roughly consistent between the logo and any copy, so I'd like the casing to work in paragraph text, in addition to the wordmark.

I'm not particularly interested in a brandmark at this time, but I'm open to one. This logo will appear in the navigation of a website, so I'd prefer to keep it on a single line.

I have selected yellow in the colors worth exploring. While I don't envision the wordmark being yellow, I'm open to bright color in a decorative capacity.

Below are some thoughts and preferences, but shouldn't be taken as requirements should you decide to go a different way

Some ideas I've had:
Using a semibold sans-serif for the 'social' part of the mark, with a monospaced font used for the 'functions' part
Using font-weight and a graphic element to visually separate the two words

Bonus points if you can subtly communicate the idea that 'functions' refers to programming functions, but I don't want it to feel like a bad joke to the user.

Brief update:
I realized partway into this contest that a wordmark would ultimately be too large for some of my use cases. Designers have done a great job pivoting on that. A brandmark would definitely help

Music/Guitar website logo
$299
It's a music/guitar site directory
172
entries
48
デザイナー数
Design a logo for the next BIG Web App
239 £
Its a website and app that lets people verify the author of articles/blogs.
33
entries
9
Designer
Design a bold, timeless logo for dig marketing agency catering to home automation + home builders
US$ 299
We do web design + digital marketing for home automation companies and construction/homebuilding companies.
159
entries
27
designers
Fun, laid back advertising agency looking for logo (PPC Pirates)
299 $
Advertising management for large Amazon sellers
41
entries
18
Designer
Illustration/logo for our Salesforce tool
269 €
Startup in the field of IT consulting in France. We provide salesforce administrators with a tool that makes their work
43
entries
6
diseñadores
Design Logo for internet service provider
US$ 299
This is a Internet service provider and internet café operator. Users buy internet packages or internet cards.
39
entries
27
diseñadores

Jetzt starten
Cannabis Coupon Codes needs a fresh new logo design!
399 GBP
We offer discount codes, deals and cashback within the cannabis industry.
172
entries
55
diseñadores
The world's first blockchain fund of funds
EUR 269
We are the world's first blockchain coinvestment fund This means we are a fund that invests in other blockchain venture
169
entries
54
Designer
logo for coworking space needed
€ 269
builderspace is a new coworking space of our own company builder / VC. We need a really cool logo for that.
21
entries
8
designers
Logo Design For Influencer Monetization App
US$299
Stacks is a mobile app for social media "influencers" and account owners to connect with advertisers and promote campaig
111
entries
39
diseñadores
Design a powerful fearsome warrior the funniest order of Todo 99Designs! :)
449 €
We are a membership site (a membership community) of videos of SEO positioning content on Google. Something like a "Netf
159
entries
37
Designer
Create Professional Company Logo
239 £
Business Direct provide websites for companies throughout the UK.
63
entries
35
designer