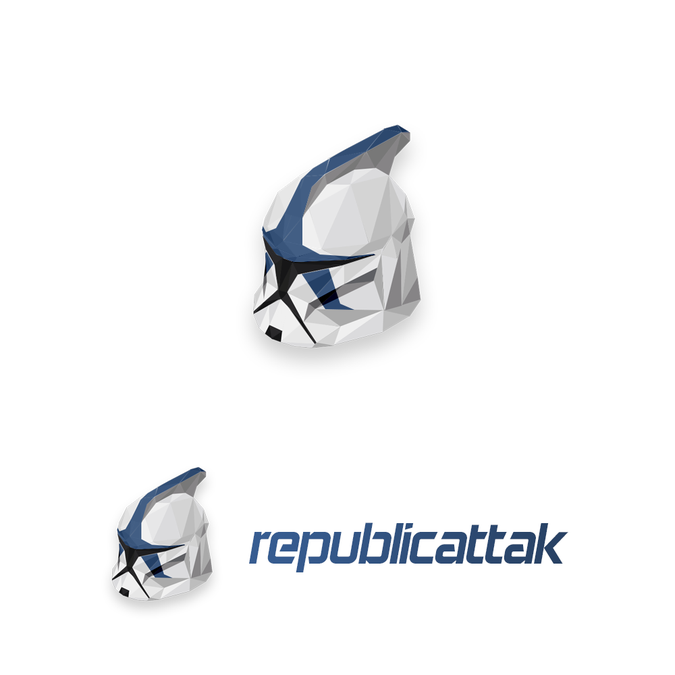 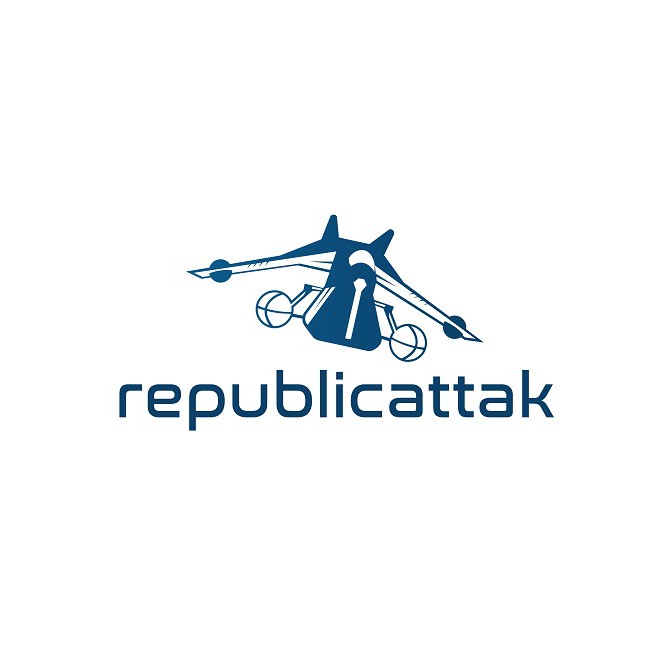 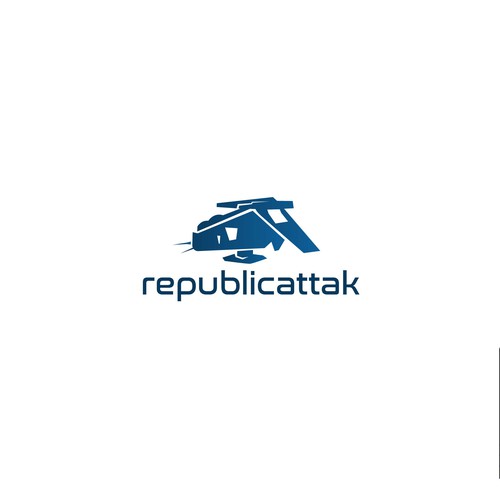 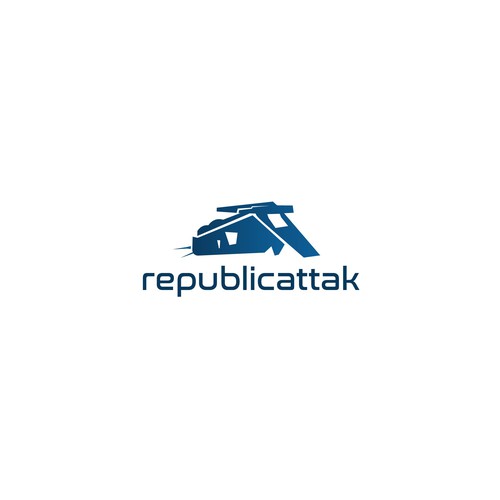 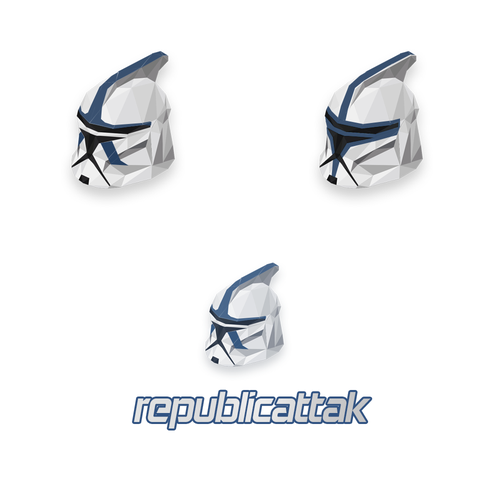 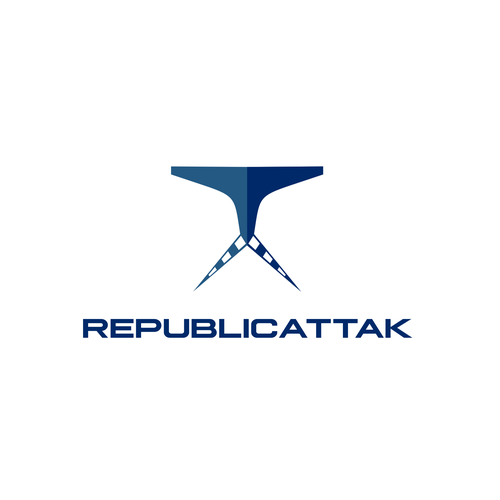 I don't sell anything. It's just a passion, I share online, which is LEGO Star Wars Constructions I do through YouTube and other medias (youtube.com/republicattak). Love both Star Wars and LEGO equally. I need a logo for copyrights issues, as legally can't use a LEGO minifigurine like I currently do.

Please look at the attached pictures to get some inspiration (I would prefer a white background, alongside the more turquoise blue of the animated non LEGO picture). Would be open it to be a Clone (from Star Wars universe) or a Republic Attack Gunship (Star Wars Ship), but not make actually it one: reason being for copyrights purpose.

I'm open also for completely different designs, as long as it's retaking the blue turquoise, white and can be used without any background colour.

For the “republicattak” part, I'd like it to be entirely in no capital or all in capital. Even having the possibility of not having it appear.

MUST HAVE: Possibility to not have the “republicattak” part written, and the logo will still be expressive enough for people to remember it. Second, the logo has to be “personal”, it's not a company, it's just me doing YouTube videos, so can be considered as a sort of profile picture.

Jetzt starten
Design a company logo for a online E-commerce business
399 A$
Online E-commerce, selling Gifts, Home whares and the outdoors markets to the 18 to 55 age group
109
entries
20
designer
New Startup needs a powerful new logo
DKK 1.999
Keep it simple and modern. I want a multi-colored and playful logo-icon (icon should be multicolored) and the text nex
335
entries
82
diseñadores
The world's first blockchain fund of funds
269 €
We are the world's first blockchain coinvestment fund This means we are a fund that invests in other blockchain venture
169
entries
54
designers
logo for coworking space needed
269 €
builderspace is a new coworking space of our own company builder / VC. We need a really cool logo for that.
21
entries
8
designer graphistes
Interdog Media needs a new logo
299 $
We are Interdog Media, a digital display advertising company. We bring web publishers and advertisers together via a sin
55
entries
33
Designer
Software development company needs a powerful logo
US$299
Software. Web & mobile app development. Internet of Things.
181
entries
39
diseñadores