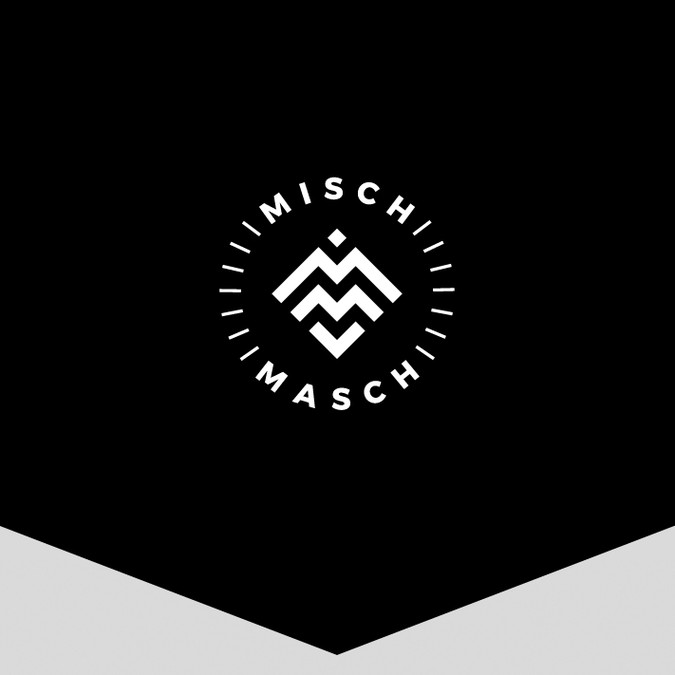 ? Create a logo type and symbol for a local beer label ? 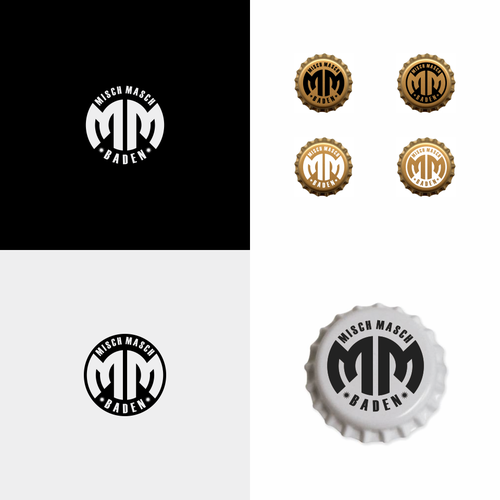 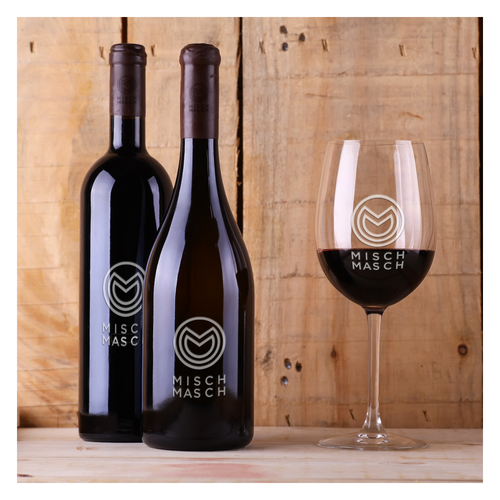 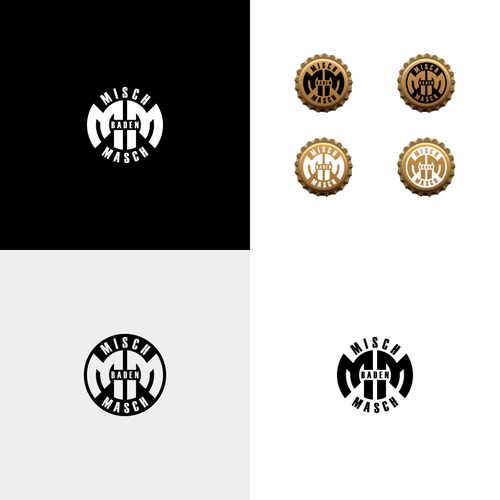 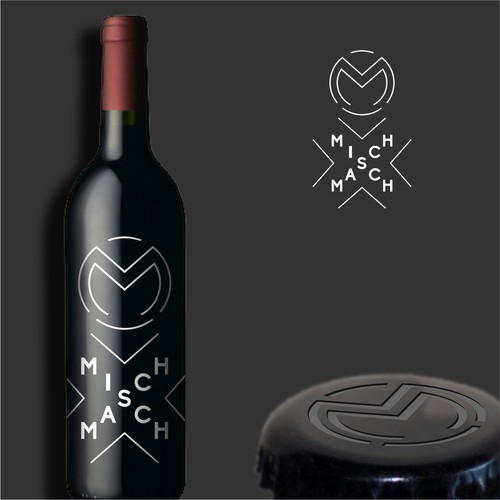 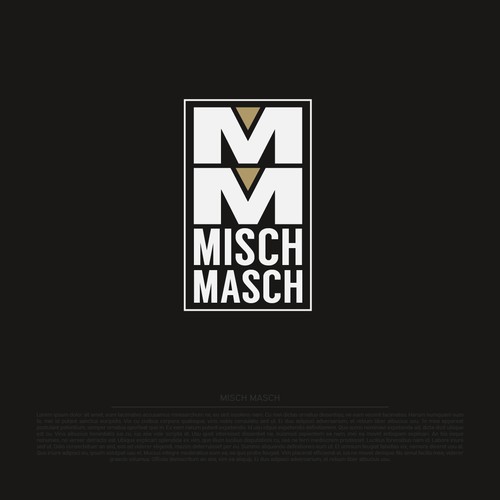 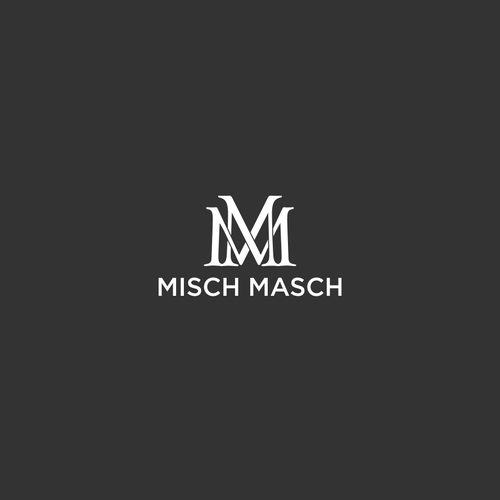 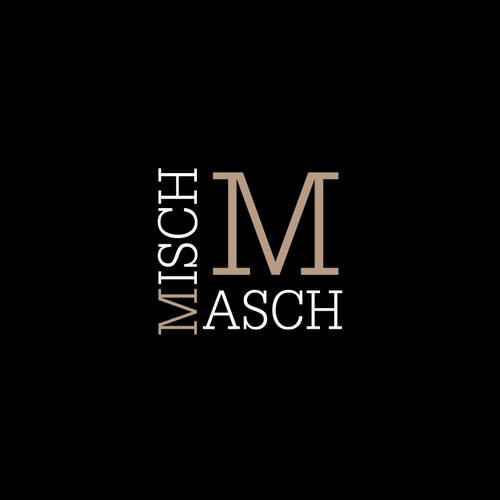 General:
We're looking for a simple, minimalist logo type with some kind of symbol/emblem. Misch Masch can sort of be translated to "mix mingle" (as in mix and mingle). We're taking this serious, but are a humourus bunch, so it can be playful, but it needs to cater to the everywoman/-man. The word "beer" can be included in the logo type. Also, our first beer will be a lager, so the word "lager" can appear too.

Color:
We're thinking black or white, but are open to suggestions concerning color.

Our vision:
Our product palette will consist of a selection of very different blends and brews. We'd like to have a logo/symbol that is simple so that it can easily be combined with other interchangable design elements such as illustrations as well as stand on its own.
As an example, let's assume we're going to have a brew called "nut cracker" and we'd like to pair the logo/symbol with a humourus illustration of well, nuts being cracked or something like that. The logo should work in this scenario and be striking and clear, but not detract too much attention from the illustration which could be very detailled or really simple.

Ideas for logo and symbol:
We're picturing something strong but elegant. The symbol may be used for the bottle caps, so we're thinking something circular. The two Ms from "Misch Masch" could be used for the symbol, maybe something with negative space.
Our brewmaster is a big M. C. Escher fan, so one other idea was to combine the two Ms in way that they form an impossible geometric shape (think two Ms in a perspective view, one standing, one laying, for example). It doesn't *have* to be circular though.
Another idea was to use some kind of animal or object for the symbol (cetainly nothing cheap like a beer bottle or hops, unless it looks bloody amazing). We're open to suggestions, just don't go haywire :)
One further idea was to have hands potruding out from the symbol in all directions, with all of them having different gestures. One hand could be showing a middle finger, another could be making a thumbs up gesture or show a peace sign, another could be holding a cigarette etc. (see sketch number 3 and 4 in our attached files)
Our brewmaster has spent some years living in India and Tibet, maybe the logo could have some oriental influences, but it would have to be really "soft" if at all.

Examples of designs we like:
What follows are a couple of links to designs (logos, symbols etc.) that we like and that show the direction we'd like to go in:
http://www.stadtguet.ch/bier.php
http://www.doppelleu.ch/de/chopfab.…opfab-hell
http://www.doppelleu.ch/de/chopfab-…pfab-draft (there's no symbol in the previous two, but we really like the simplicity)
http://www.pepillo.ch/media/catalog…/10479.jpg (another good example, we like this one a lot)
https://www.brewdog.com/beer/amplified/tokyo (brew dog conceptually comes really close to what we're envisioning. A simple symbol and logo typface that can be combined with all sorts of illustration and designs. Important: our logo does NOT have to be applied OVER the illustrations, it can be apart, this is just a good example)
http://www.bierliebe.ch/biersorten/ (this is a very interesting link showing many local beer labels and design from recent years)
https://www.shutterstock.com/de/ima…-521699932 (please don't use this, just another example of what we mean by combining logo and an illustrative element, in this case the background)

Design a Logo for a Coffee Brand
USD 299
We sell high end coffee. Our company is along the Huron River, so I wouldn't mind if there was some kind of representati
98
entries
29
designers
infused vodka production company logo ( will need label, packaging and other things to design)
$299
It will produce and sell herbal, fruits, berries, vegetables and other natural products infused vodka. ( like hot peppe
135
entries
36
diseñadores
JC express LOGO !!!!!!!!!!!!!!!!!!!!!!!!!!!
$299
JC express is a convenient store, which has the best prices possible
76
entries
17
designers
Create a newly renovated hotel's logo
A$389
Features: Lakeside hotel, dining, functions and live music. Situated on the esplanade directly across from Lake Macquari
103
entries
33
designers
Mother-Daughter celebrity team need a logo for new eco-friendly, food related product line!
USD 299
We are a mother/daughter team of food, candy, and treat reviewers and we have a YouTube channel. We are now launching a
59
entries
16
designers
Cooking up a Good Design? Cookbook Publisher needs a new Logo.
USD 299
We publish cookbooks. Primarily regional cookbooks. They are all comfort, home cooking recipes for everyday cooks to p
63
entries
16
designers

Jetzt starten
Southern Guy from Mississippi selling delicious Saudi Dates and date sugar substitute
299 US$
Down South Dates sells dates and date products from Saudi Arabia to businesses in the southern United States. A focus wi
96
entries
26
diseñadores
Primal Kitchen Food Truck
$299
Food Truck
38
entries
17
designers
d
$299
70
entries
9
デザイナー数
Design a powerful logo for a plant based whole food meal service
USD 799
We sell pre-made meals all created from plant based whole foods. Meals are made with non GMO ingredients, with emphasis
199
entries
59
designers
abstract crashing wave
299 USD
The product is a condiment made with seaweed and sesame seeds, which I'd like to be integrated into the design, with a c
34
entries
10
designer
Design a logo for a high-end organic coffee company
389 AUD
Sakato Coffee is a coffee startup that sells high quality coffee infused with naturally occurring substances to both dec
186
entries
36
diseñadores