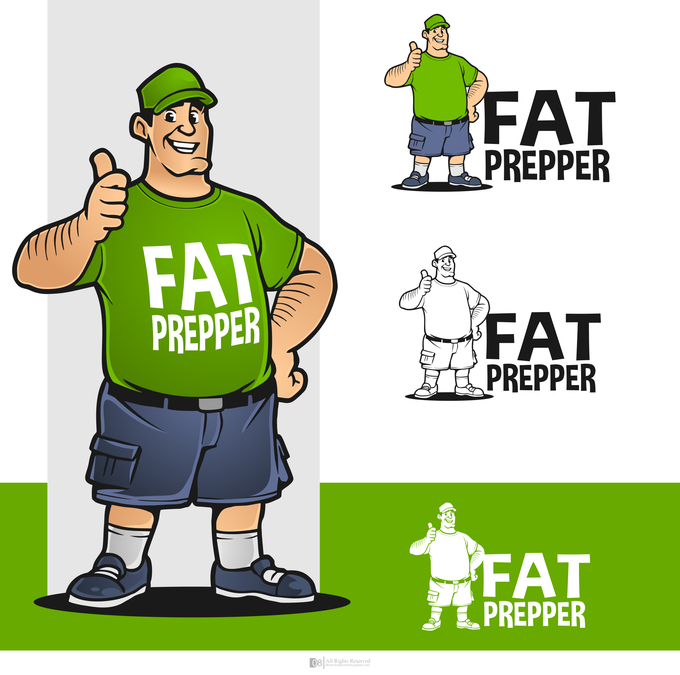 Could you help with a logo for Fat Prepper? It's an emergency preparedness and survival blog ... 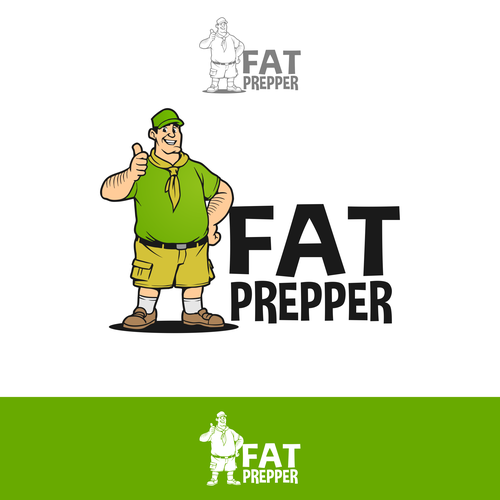 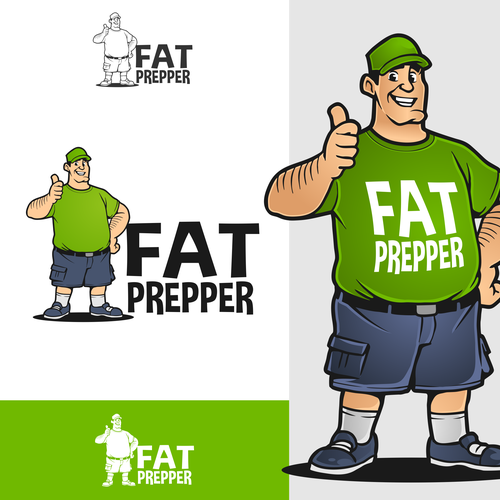 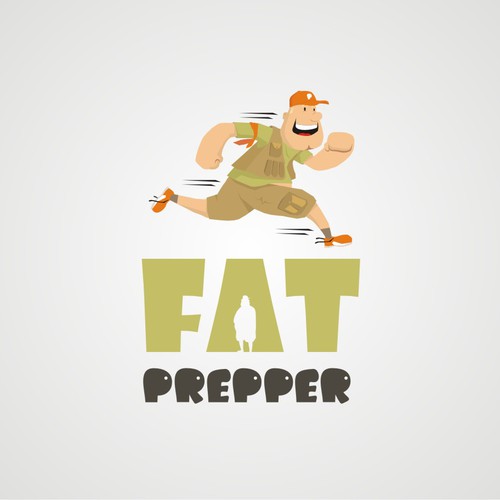 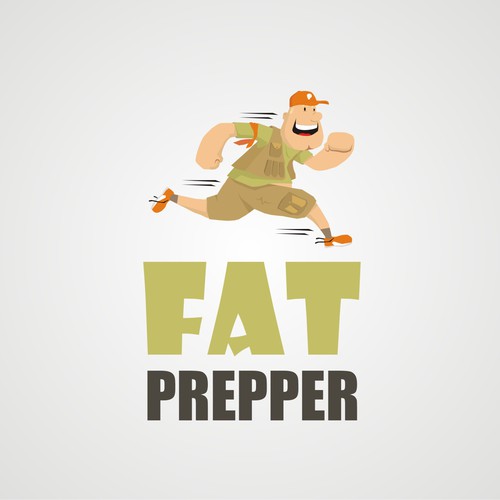 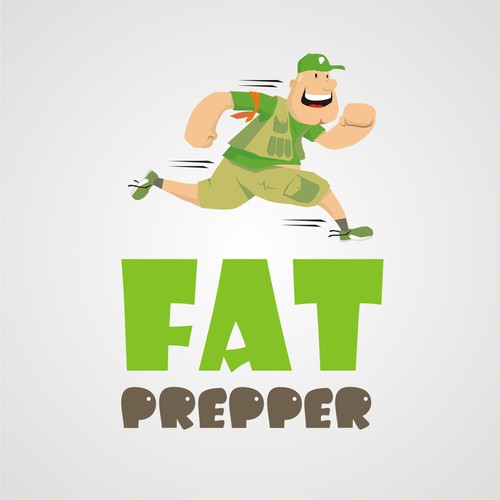 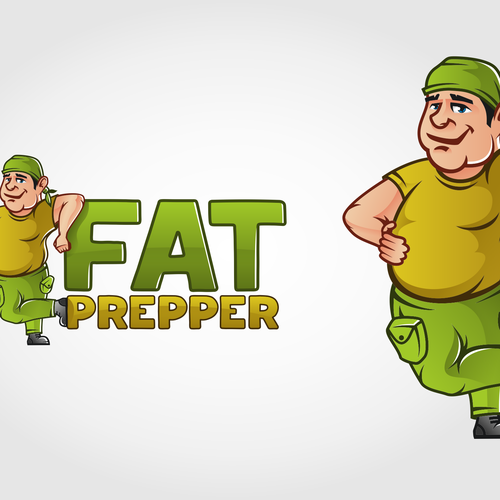 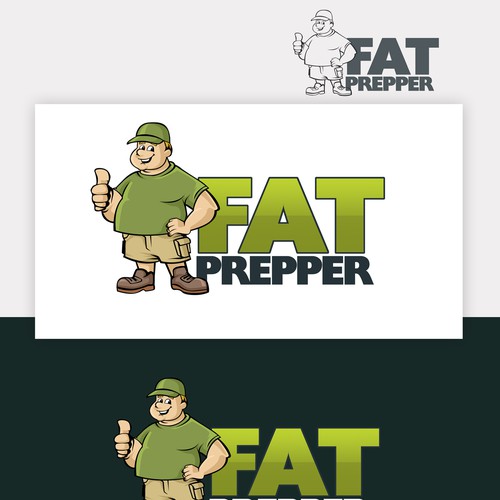 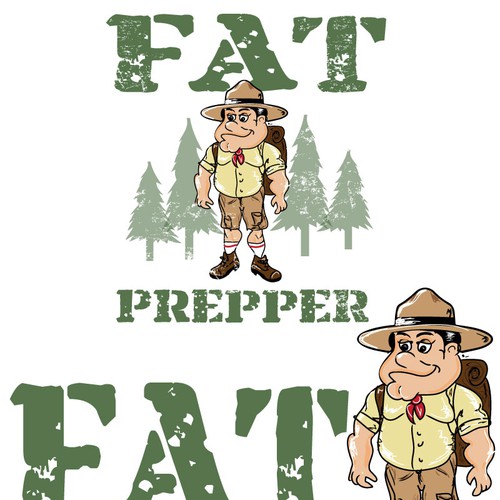 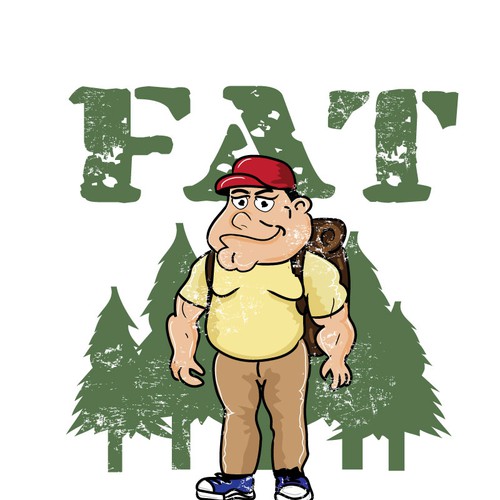 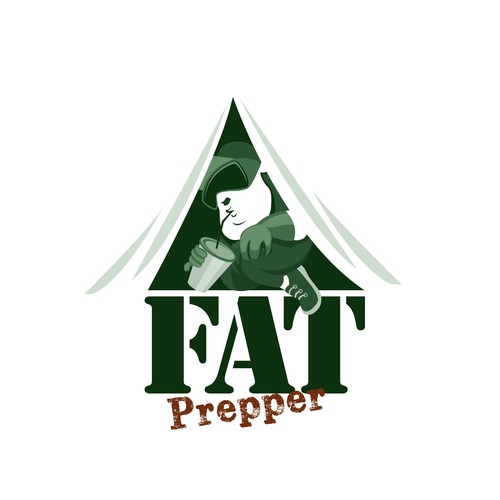 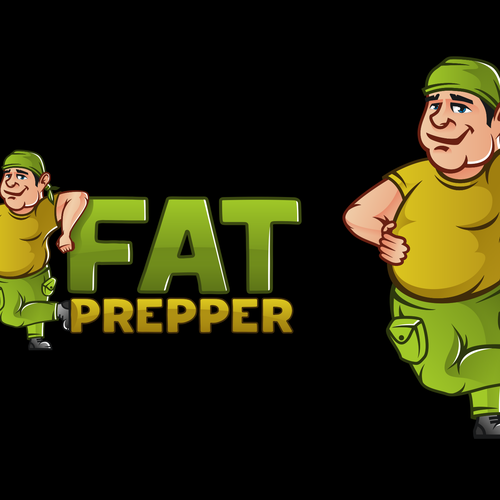 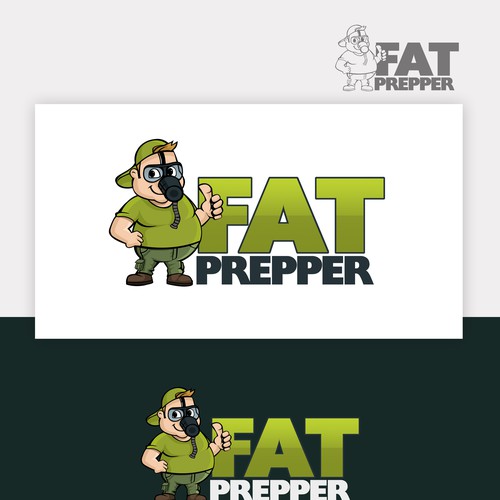 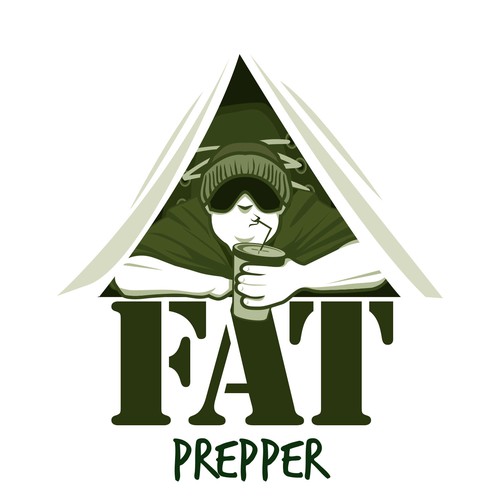 FatPrepper.com is a new blog that will produce useful information for preppers (individuals who actively work to be prepared for emergencies and disasters). Initially, we need a logo.

I'd like to start off with a logo to support the brand. Please use a white background. The logo should include the brand name "Fat Prepper" and should also include a simple logomark.

My thoughts are that the logomark could be a little happy fat guy (not obese, but a little overweight). The idea is that he's done such a good job with his preparations that he's able to be live an abundant life after disaster strikes (collapse of world economy, major natural disaster, zombie attack, whatever ...). So, because he's so prepared, he's fat and happy even though the world is falling apart around him. Of course, I'm not married to that idea, and I'm happy to entertain other ideas.

Upon completion, I'd like you to deliver editable .ai files so we can make changes in the future, if the need arises.

Healing and helping --- transformation from disability to ability to helping others
US$ 299
Association of occupational group known as Peer Specialists, or Peer Recovery Supports, etc. We use generic name Peer Su
136
entries
16
designers
Stello - An engaging news discussion platform
USD 299
Stello is a news discussion forum / social media platform. Consider it as Reddit with some elements of Instagram. On top
92
entries
33
designer
Monarch Professional Counseling needs a creative logo that demonstrates growth and change
USD 299
Monarch Professional Counseling offers a wide range of counseling and education services to children, adolescence, teena
49
entries
17
diseñadores
Get Wild and Free while creating a Logo for our Not For Profit Organization - WILD AND FREE
US$299
We are a not for profit organization which caters to a young demographic through free trade, toys, and sick children. Ho
92
entries
20
diseñadores
Anniversary Celebration Design - 15 yrs of serving kids & horses
299 $US
Our mission is to heal trauma caused by adverse childhood experiences and build resiliency in children, families and com
69
entries
12
designer graphistes
Design a logo for an online doula school
299 $US
I provide online education for full-spectrum doulas. Full-spectrum doulas offer non-medical support for all pregnancy ou
107
entries
23
designer graphistes

Jetzt starten
Logo for a company that helps leaders create maximum impact
USD 299
Harbinger is a consulting company that helps emerging leaders clarify their vision so they can have maximum impact. We
233
entries
32
diseñadores
Design a powerful logo for 100+Women who Care
USD 299
We are a chapter of a national group of women who donate to local charities. Our website and , therefore, our logo shoul
70
entries
18
diseñadores
Think rural, workforce, vintage, steampunk swirled into one happy community!
299 $US
workforce and rural responsible living - a community where cleanliness and social awareness are rewarded
48
entries
13
designer graphistes
Global non-profit startup needs a clean, strong brand
799 USD
A network of churches partnered together to impact the world. Fast paced, motivated leaders Valuing clean clear compe
45
entries
28
designer
Easy! a logo for a grants round that reflects work that's already been done (that's been attached)
AU$ 669
Project: The Records Access Documentation (RAD) Grants are for organisations to document records relating to people who
258
entries
50
Designer
Design a standout modern logo for a Presbyterian church
USD 299
We are a midsize presbyterian church located in the heart of San Antonio taxis. We are a unique church in the fact that
88
entries
16
diseñadores