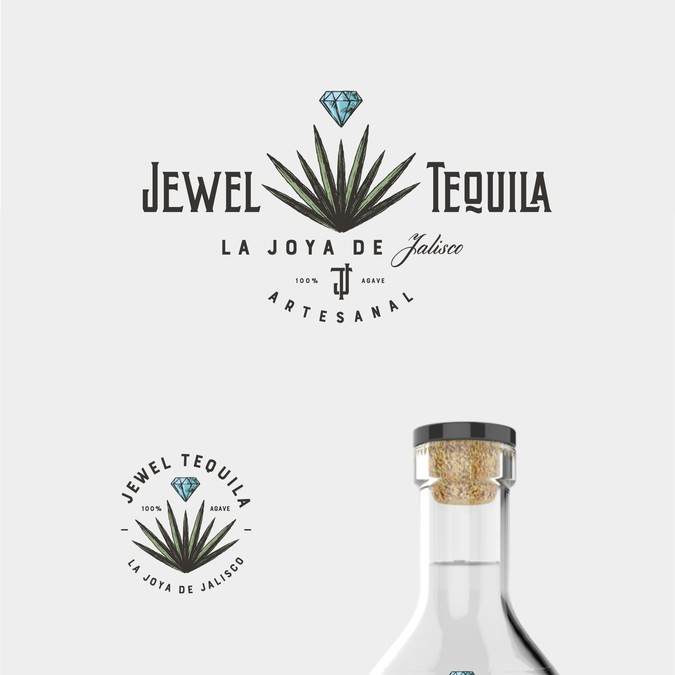 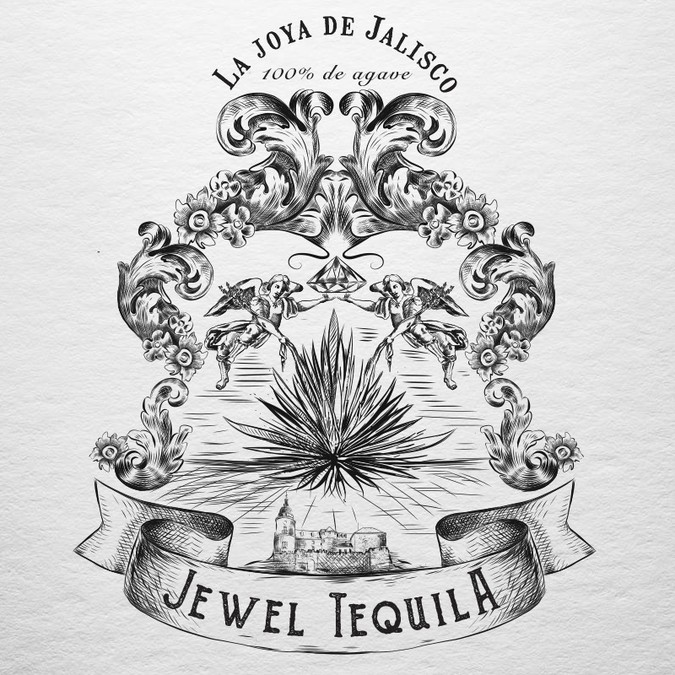 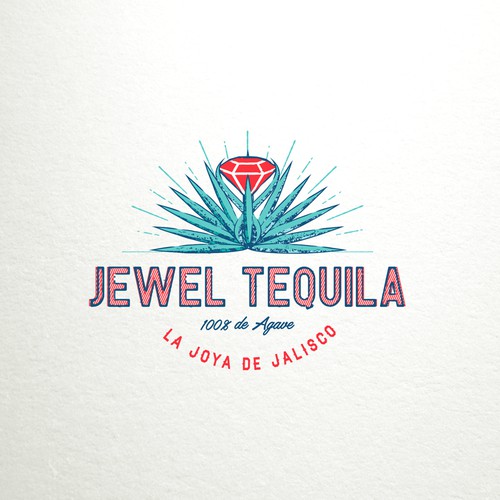 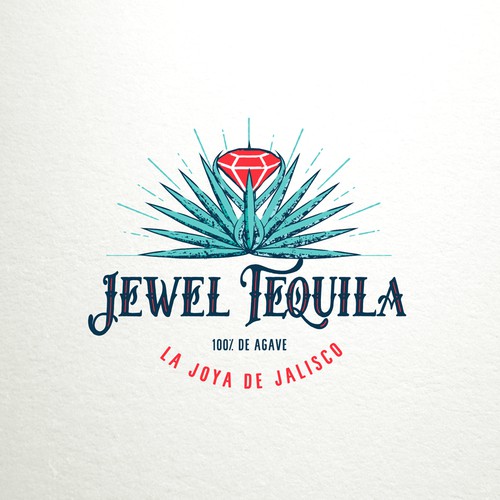 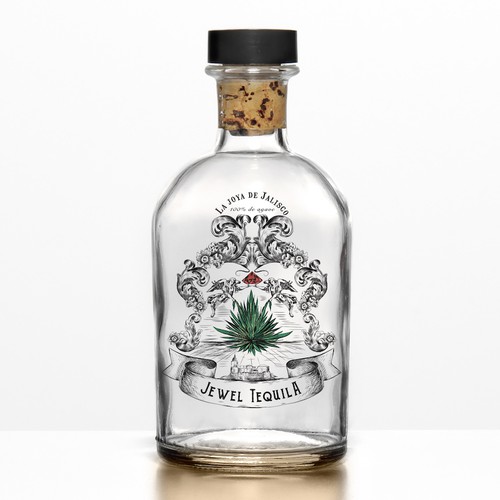 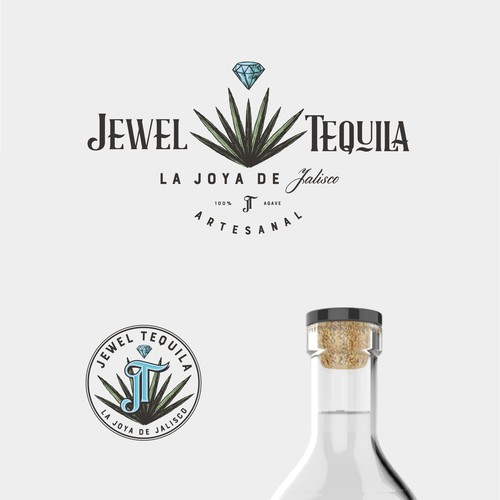 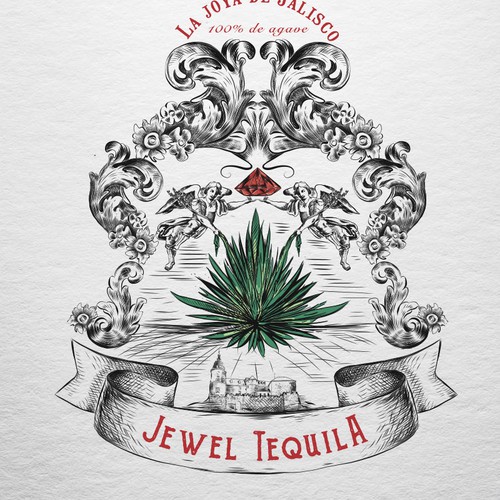 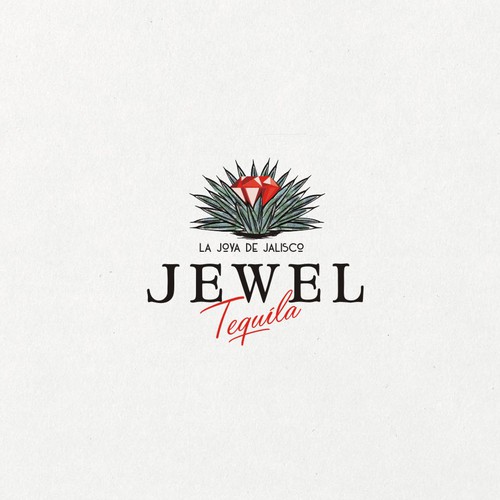 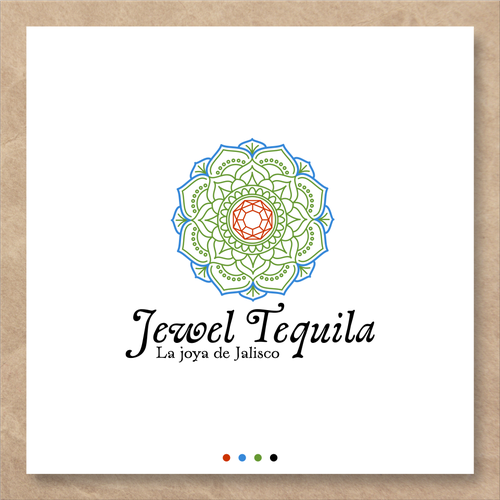 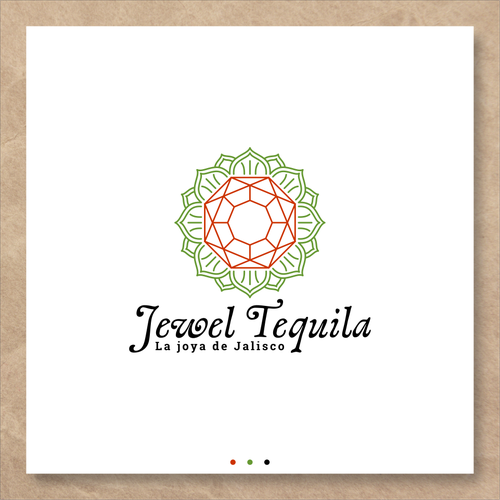 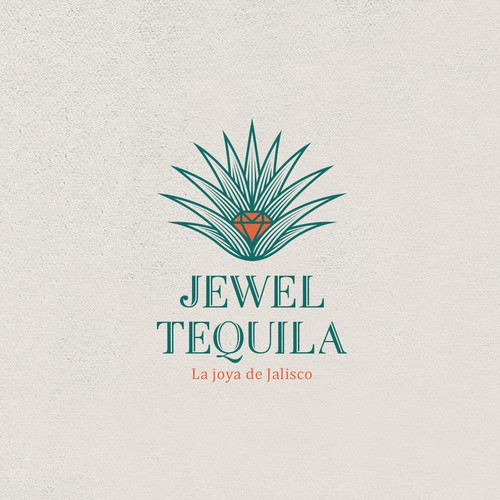 We are a startup company that will begin importing high quality, 100% agave tequila from the state of Jalisco, Mexico. We will be marketing/selling the product as a craft tequila in the USA. We want to appeal to our consumers' desire for authenticity and craftsmanship. Our marketing goal is to focus on the craft, quality and heritage of tequila.

We would like to avoid many of the cliches that you see in the logos on so many bottles of tequila. We want something that is "hip" yet somewhat traditional at the same time.

The slogan that we want shown with the logo is in Spanish and will say: "La joya de Jalisco". Translated to English, that means: "The jewel of Jalisco". Tequila is made in the Mexican state of Jalisco in the town of Tequila.

UPDATE 4: Keep in mind that there are many varieties of agave plants. The type that is used to make tequila is the "agave Azul" and has very long and straight leave. This can be seen in the pictures. The almost look like long, straight spines.

UPDATE 3: Please do not include the year in any of your designs. Since we will be selling tequila aged for different amounts of time, it might be confusing to the consumer to have the year 2017 in the logo. If you need text to fill areas of your design, I recommend using either "100% de agave" or "artesanal" which means craft in Spanish. Thanks!

UPDATE 2: I have included a picture of an gave plant being harvested. A design idea that might be used is having the jewel at the bottom of the agave leaves to represent the pina.

UPDATE 1: As design have come in, we are starting to prefer designs that have a more organic look.

In the attached "primary concept" sketch, this was a general idea that we had for the logo. The "leaves" that are shown are supposed to be from an agave plant. Tequila is made from agave. In the concept, the leaves of the agave are holding up a jewel, almost as the prongs of a ring hold a jewel. Though we like the idea shown in this sketch, we are definitely open to other designs and ideas.

Concept #2 is also another potential idea. It's a look down or top down view of an agave plant with the jewel inside. Again, this is just a potential idea.

I have also attached various images of the agave plant. The plant is normally a dark blue-green color. We are thinking that we would like to see the jewel in a red-orange kind of color.

The file attached of the Elixir labels is kind of a neat style that we like. Something that looks very modern and hip, yet vintage and older.