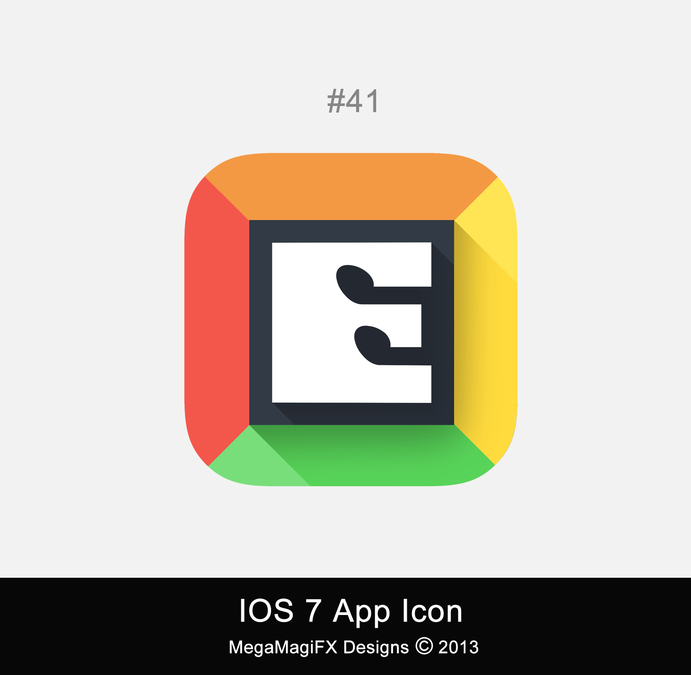 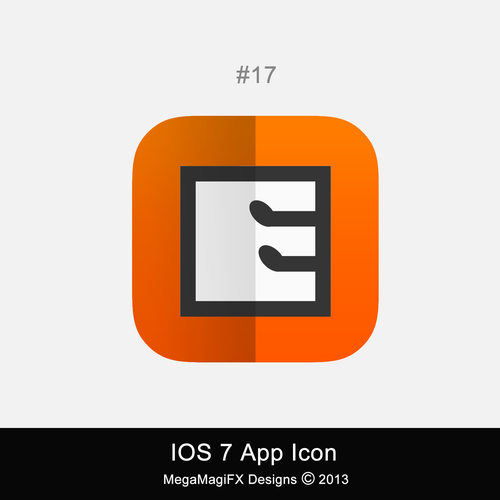 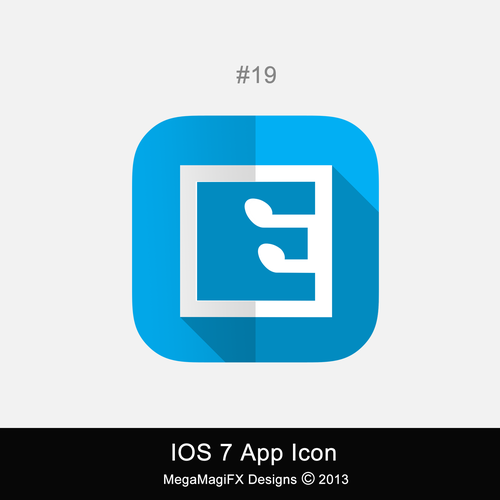 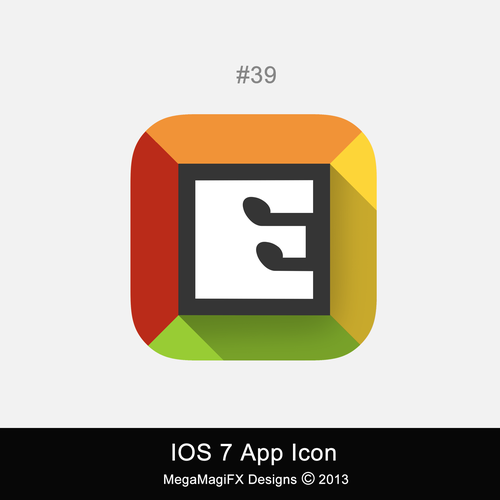 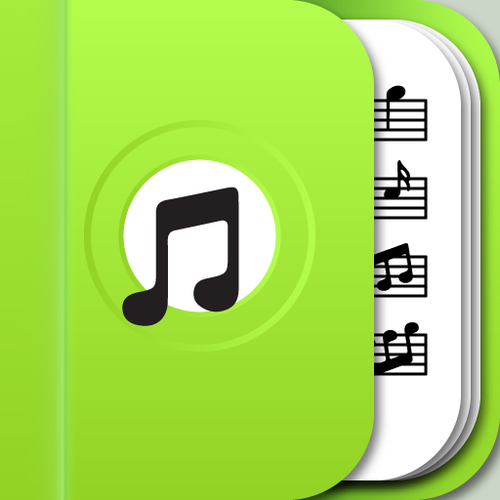 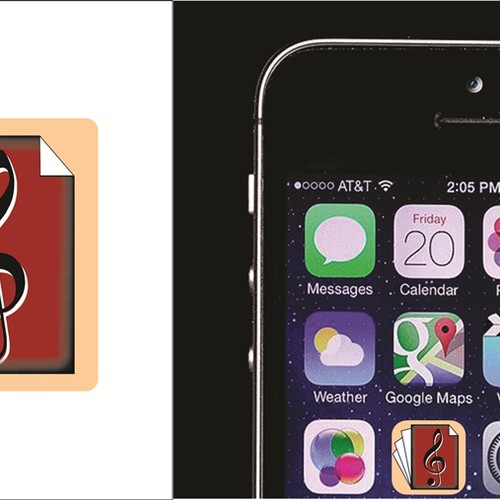 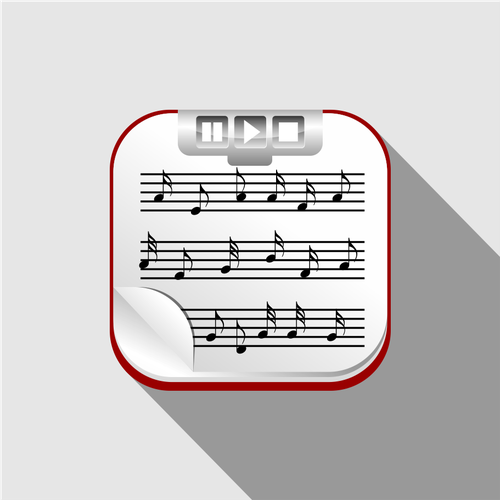 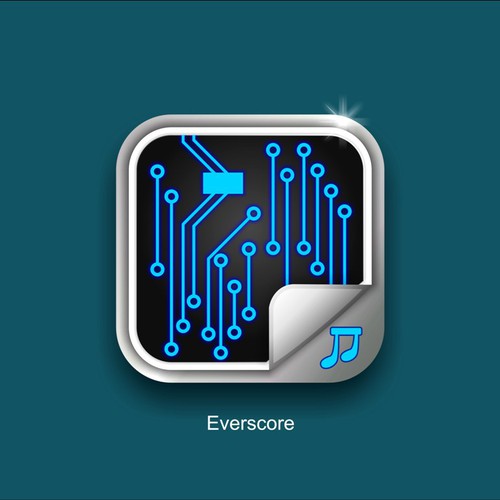 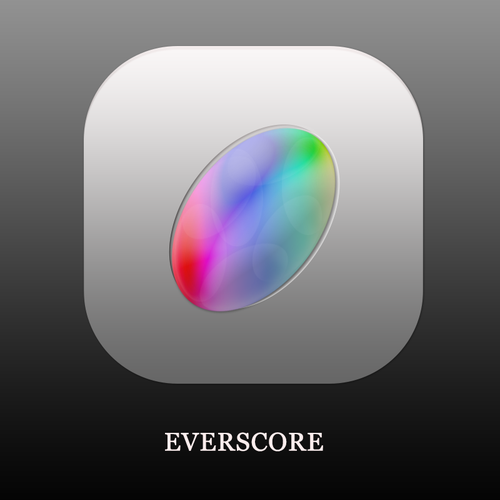 Everscore is like the Amazon Kindle or Kobo for music sheets. In other words, a digital replacement for the boring paper sheets and books. The app enables musicians of any level (kids and adults) to download from a library of interactive music titles (all instruments, genres from classical to pop) and start practicing the songs immediately. It is the evolution of music learning.

Everscore has powerful technology that can acoustically detect notes as they are being played to provide instant feedback to students and musicians. It makes reading music a totally interactive experience, as if the notes came alive upon hearing your music.

Children and beginner students love seeing their music being tracked and corrected as if it were MAGIC. Everscore is designed to make playing instruments fun and interactive. It makes learning music come alive from the screen.

We love designs that are clever in concept and distinctive style.

The Everscore logo should communicate (without being as bland as a book and music note)
1. A reference to sheets, books, libraries

4. A network of people underneath the surface of the app

Color/texture - the overall impression should NOT be of an "old" music book because that is exactly what it is not. In a way, it is a hybrid, offering something as traditional as music sheets, but transforming the way in which it is used digitally. Perhaps to reflect this duality - the cover color/texture can reflect the tradition and warmth, while the music note logo reflect the tech/modern feel.

The Paper53 logo does a nice job at communicating its offering - paper, paint, but the logo is modern. Similarly, the Procreate app logo shows that its a painting application, but one that is modern. The Parse Cloud app shows that gears are hard at work powering underlying function.

We would like to to see something similar - where the page/book/sheet is like that of Paper53 (authentic, warm) + the music note logo is like Procreate (tech, colourful, modern, sexy) + a sneak peak of music sheets or people playing music underneath like the gears of Parse.

We prefer uncomplicated designs with great concepts. We suggest following this general structure:

We have seen some entries where the concept is simply a book and a music note. If it is not original, we will not pursue it further.

Help Trailr with a new icon or button design
€ 115
Trailr is an iPhone application that helps users discover movie trailers by taking pictures of movie posters or DVD covers
77
entries
17
designers
icon or button design for Full Fat Funk
£ 99
band for functions/clubs/bars etc. We play a variety of music, covers of course because our audiences are varied.…
49
entries
12
designers
icon or button design for Moviora iPhone App
199 US$
The application is a movie recommendation website. If you look at moviora.com you will see the layout and design.…
36
entries
9
designers
Design a Killer App icon for a new music discovery app!
299 $US
We build and project manage the design and development of apps for our clients.
78
entries
24
designer graphistes
Create navigation icons for movie/TV related categories.
199 US$
Movie and TV news, trailers and reviews, with a focus on summer blockbuster genres like Sci-Fi, superhero and action ...
34
entries
8
designers
Help design dancakes.com, the website of the world's first professional pancake artist
US$ 199
I am a performing artist for hire. I set up shop in peoples' houses and business environments and cook them pancake a...
17
entries
7
designers

Jetzt starten
I need a memorable app button!
299 USD
smartphone app that plays music in sync with users' walking/running tempo...
200
entries
20
designer
Create a new illustration for a News App!
$ 299
The app is a smart news application that shows relevant news to users - mostly on the mobile platform (iOS, And...
29
entries
8
Designer
We are launching a New Podcast and need help with a cool iTunes Thumbnail
299 USD
My wife and I are starting a podcast and need an awesome thumbnail for iTunes, website, etc. Our podcast is about fo...
82
entries
7
designer
create kien web icons
EUR 279
kien is the first truly flexible sound system. Well-crafted portable speakers that allow you to create the premium so...
46
entries
10
diseñadores
Clever Sales Button To sell Burgers n Babes
AU$ 259
We organize Bucks Nights, Stag do's or Bucks Parties. The target audience is for Men aged between 20 and 50 who live...
13
entries
8
designers
Open Friends
US$ 199
We try to bring small groups of people together. Our target audience is
56
entries
17
designers
Erfahren Sie mehr über icon oder button Design
So funktioniert's