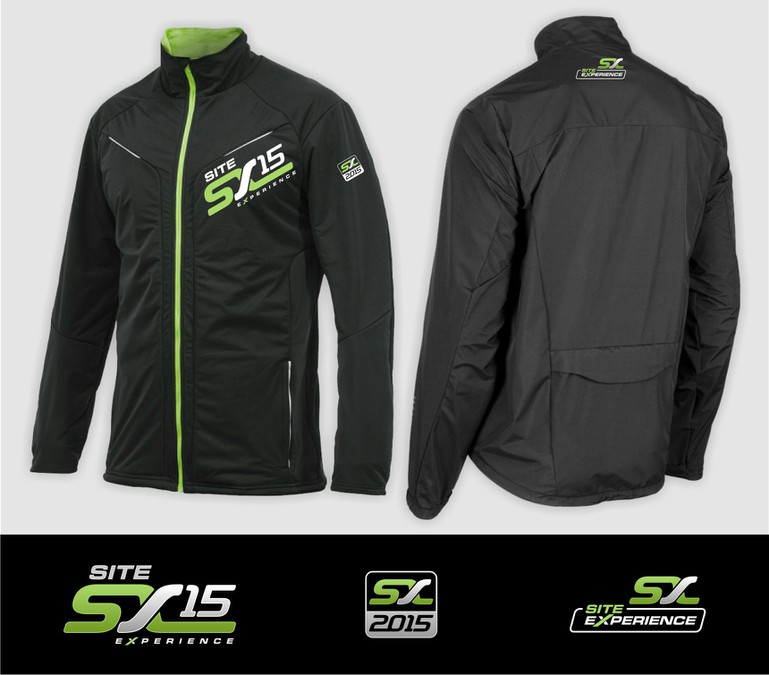 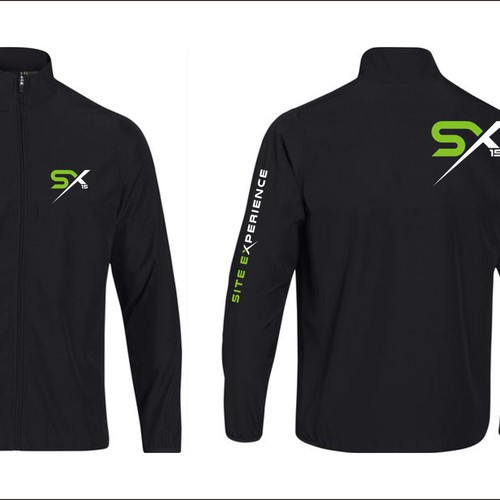 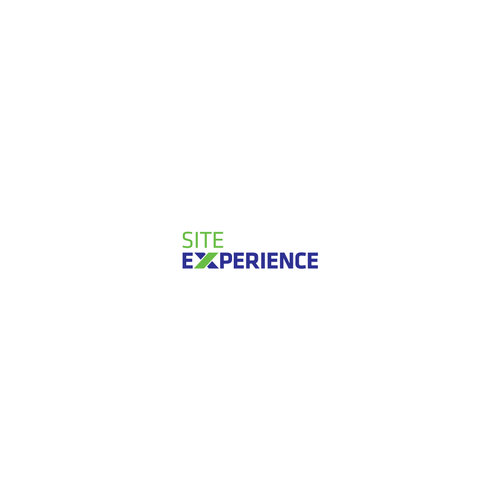 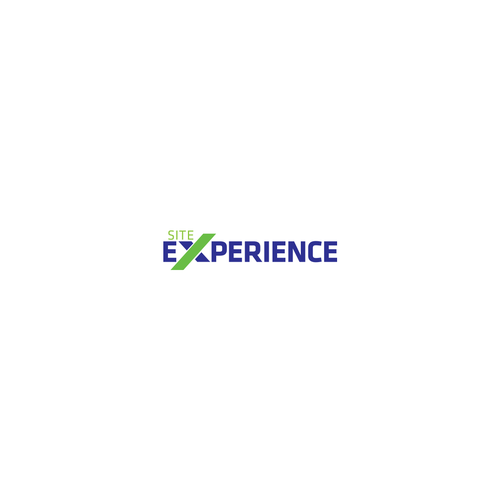 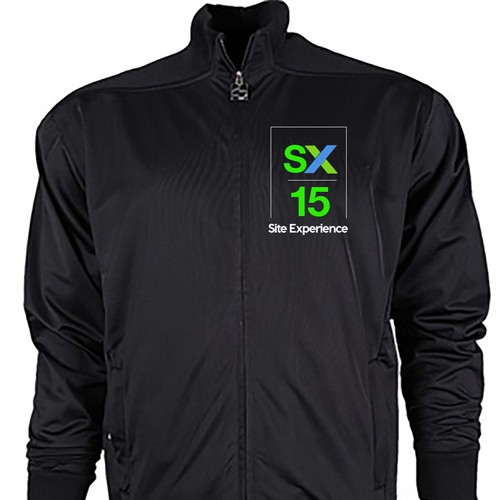 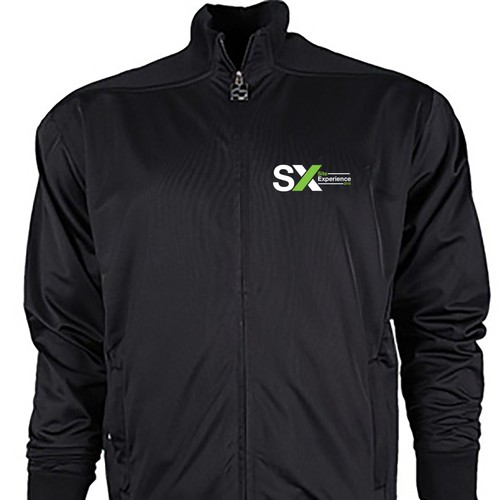 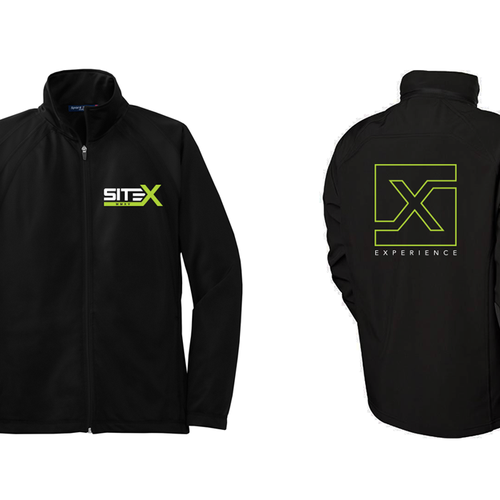 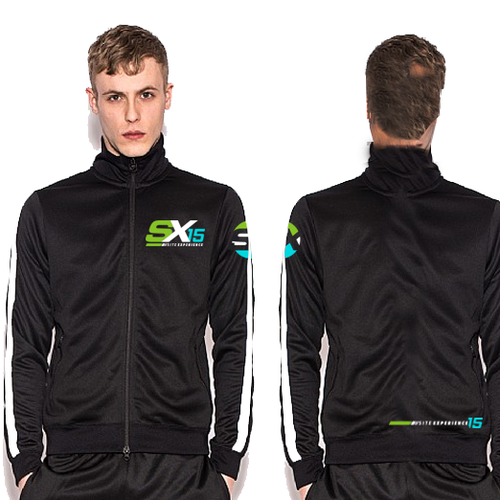 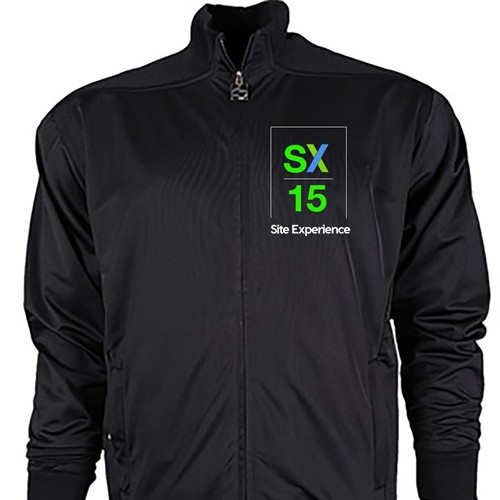 It's for a team within TripAdvisor, we are thinking a modern, stylized, clean version of the team name "Site Experience" and possibly a small accent shape (there's no formal "logo").

We've done a plain text logo in the past, and people new to the team have wanted to get gear themselves, so we were thinking of using "2015" in conjunction with the name of the team to give people a sense of belonging for this year's group.

We explored and liked the idea of being intentionally shorthanded - for example, favoring the "SiteX" or "SX" abbreviations prominently - sort of a nod to this being a cool kids club that isn't trying to appeal to a mass audience - making people on the outside think "what team is SX? oh! site experience!"

I'm imagining a dark background (maybe a deep variant of blue) - but depending on who manufactures the jacket, it might have to be a more run of the mill color like black. I'm looking for modern neon accent colors - which is very off brand for us (tripadvisor.com) - but is design forward and sort of what the team represents.

Font-wise, I'm thinking something like the new Apple "San Fransisco" font, but sans serif, and either very thin or demibold.

This will be likely screenprinted.

Also, there are two divisions of the Site Experience team, so if it helps guide an accent shape, some simple geometric shape (e.g. a square divided in half) would be nice.

I'm attaching some random files I've created if it helps - but they're by no means prescriptive. I sort of ran with the idea "TripAdvisor after dark" - an inverted and modern take on the current green primary brand color - used to represent the Site Experience team.

UPDATES:
Thanks for the submissions so far. A few themes:
- Looking to create effect through creative use of kerning, leading, etc.
- The best designs so far have incorporated white as a base color with a (neon) green as an accent. Equally fine with limiting it to two colors as I am having additional accent colors. They DON'T have to be exactly within the palette specified, but should be "neon"

See more updates under "what to avoid"

Creatively using the real estate available to us on the apparel (e.g. front breast, back, sleeve), have the text "Site Experience" as well as a placement of the abbreviated "SiteX" or "SX" or something like "SX15" visible.

I'd like to make sure one of the accent colors is green.

Do not use the actual TripAdvisor "Ollie the Owl" logo directly from our website. Fee free to use its likeness if you'd like though.

UPDATE:
Thanks for the submissions so far. Some things we don't want:

- Logos are provided to show you the visual style we'd like to emulate: not just to have placed - so please use them as a starting point for your typography - do not just place them as is.

- Typography should be modern, clean but NOT futuristic, NOT too playful and NOT handwritten.

- We'd like to avoid any designs or placements that are too large (e.g nothing that covers over 50% of the back) or crooked or askew.

Alaskan Moose Standout Art for Apparel
$499
This design will go on a zipped hoodie, so I would like something that could go on the back as well as on the front che
137
entries
26
デザイナー数
Cool Polo Shirt Designs Needed !
MX$ 5.699
It's for a clothing store in Mexico.
188
entries
22
designers
Class of 2020
$199
We are looking for a universal design to encompass the feeling of not having the graduation ceremonies for many people i
91
entries
29
デザイナー数
Trucker Hat design for watersport apparel brand Oxide Marine
US$ 199
Oxide Marine makes technical apparel for watersport but is not a typical "chill" beach brand and rather a brand that str
202
entries
28
diseñadores
Long Balls Golf Polo
US$ 199
Long Balls Golf Apparel aims to be a trendy, edgy brand, looking to create stylish design to the otherwise ordinary and
121
entries
21
designers
Spiritual, Nature, Cosmic - Merch bundle design for new music artist
US$ 499
I'm starting a new music project called "Cue No Ego," and I'm looking to create 3-4 designs for a merch bundle. I'll in
93
entries
30
diseñadores

Jetzt starten
家具を製作しています カバーオールを作業服にします カッコイイデザインがほしいです
53 799 JPY
カバーオールを作業服として使いたいです。ジーンズ生地と考えています。
154
entries
32
designer graphistes
Design Sports Clothing for an aspiring Tricking Label.
€199
The clothing should be stretchy (especially the pants) because we are a sports brand and our members are acrobats who ne
126
entries
16
デザイナー数
Meme alien cat seamless pattern illustration to appeal
SGD 279
a seamless pattern can be printed on any apparel.
163
entries
24
designers
Hoodie - custom embroidery
AUD 269
Hoodie - with embroidered image on front chest area.
19
entries
10
diseñadores
Bad ass fishing jersey
299 $
This is a long sleeve jersey for our fishing brand influencers.
50
entries
18
Designer
Grenier Construction shirt design
$ 359
Our construction crew will be wearing these while they work. Typically we will have the artwork/logo printed on Safety
98
entries
20
Designer
Erfahren Sie mehr über bekleidung Design
So funktioniert's