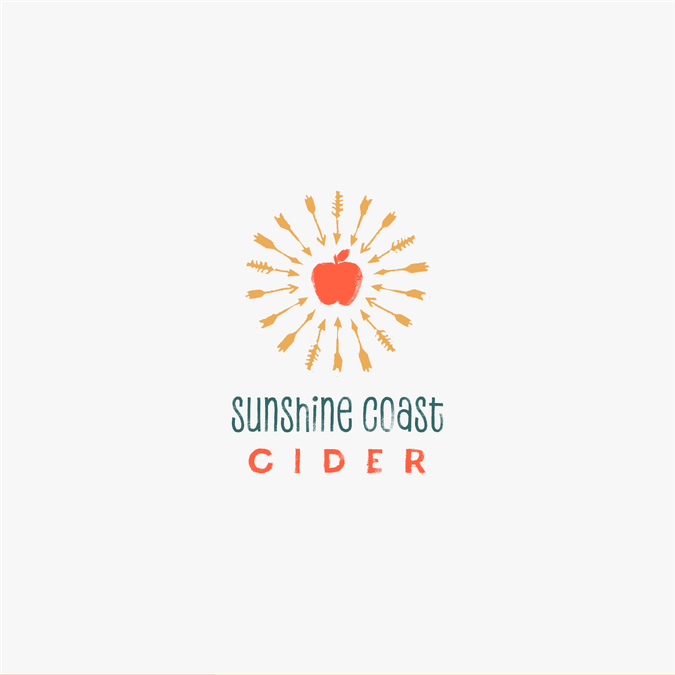 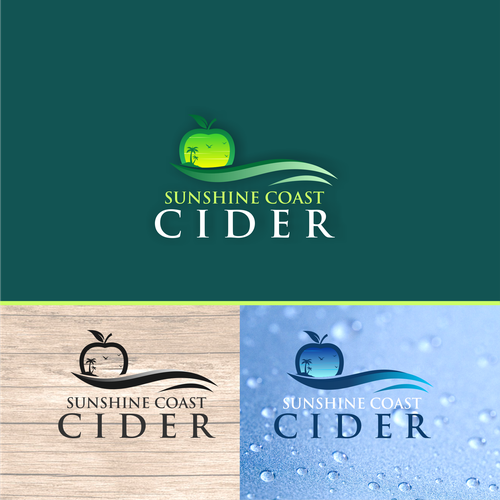 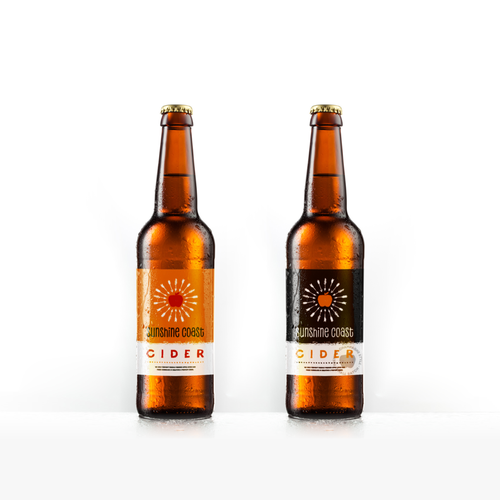 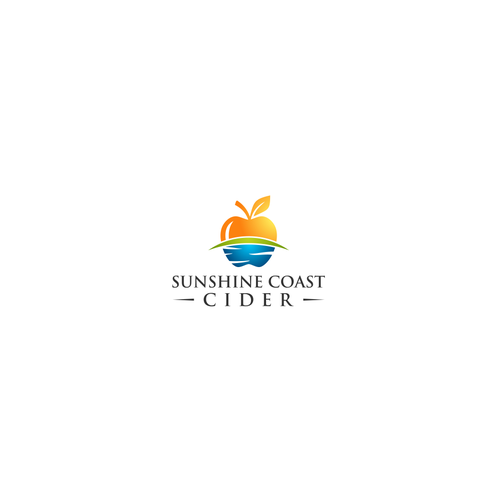 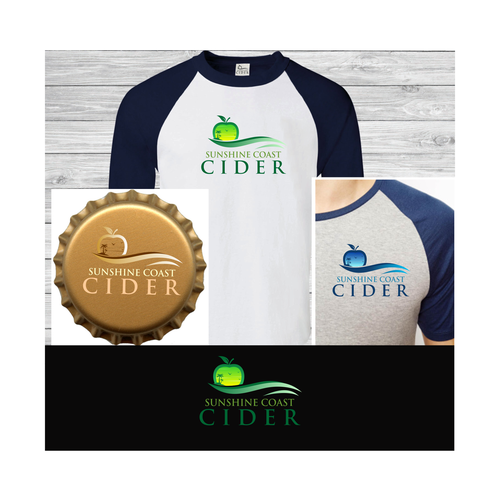 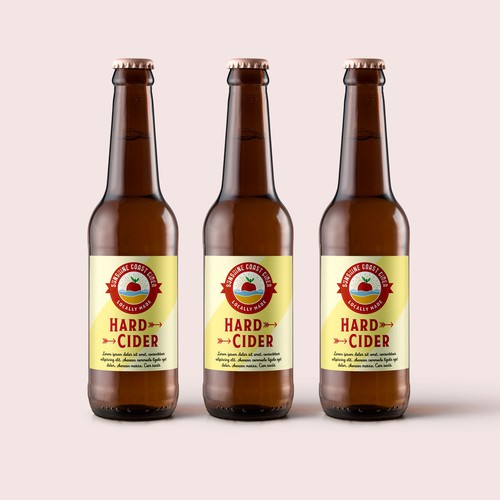 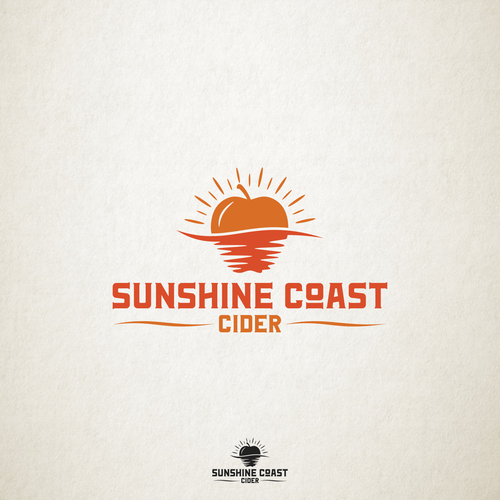 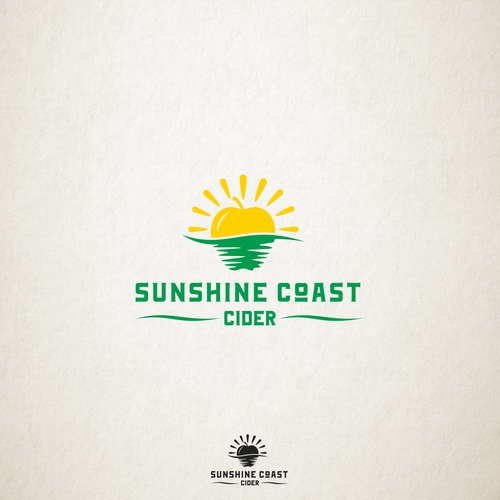 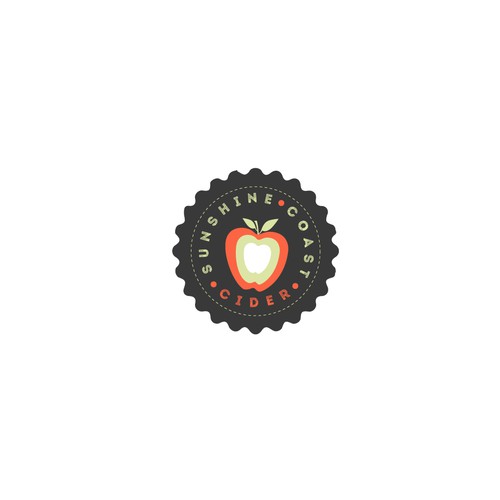 Sunshine Coast Cider is boutique craft cider (alcoholic) producer located on the Sunshine Coast, Australia.
We only ferment freshly pressed apple juice and pride ourselves in creating a premium cider.

- Our products are aimed towards people 30+ years of age
- More aimed towards women than men (60/40)
- Our customers enjoy an authentic craft cider
- They look for a natural, quality product.
- Our ciders are individually produced in small batches
- We produce locally and are proud of our product.

- The logo should scale well. It has to be small enough to be printed on a bottle cap, but should also present well when used on a market stall marquee.
- It has to be unique with a good recognition value
- The use of the words “Sunshine Coast Cider” is optional. i.e it could only be the ‘logo’ part on a bottle cap and the full logo and text on a marquee
- The logo should present well when printed in b&w or on a one-colour print.
- We think red, orange, yellow, gold, green and black are appropriate colours. However we let the designer choose a colour scheme.

We’ve got some ideas for the logo, but this should not be restrictive. It should more be seen as something to kickstart your thinking:

- representing an apple / juice (don’t emphasise too much on the apple theme as we might add other fruit based wines in the future)
- representing the region: The Sunshine Coast is a premium holiday destination within Australia. We’ve got golden beaches, lush green rolling hills, lots of sun, fantastic scenery
- representing the heritage: Born in Switzerland, I would also consider a link to that heritage. i.e Apple with arrow trough it (representing the Swiss folk hero Wilhelm Tell shooting his arrow into an apple on top of his son’s head). This could also be seen as amour’s arrow in an apple
- representing quality

New Liquorstore branding including an extensional liquor truck project - Wine/Growler sales
A$779
I have taken out the Road Soda tag line as it only relates to the truck artwork - if you can explore other tags or nothi
111
entries
20
designers
Be a Hero for Theo's Gyro's
US$599
Food Truck Business. Selling Gyro Sandwiches and Greek salads. wide range of target audience from young to old.
99
entries
15
designers
logo & labels design for a premium natural bee honey producer
$899
We are well known slovakian producer of natural bee honey. We produce a regional natural product. We are 15 years on the
226
entries
71
designers
Goodness is looking for a powerful young, organic and funny logo! Help and make us pop out in the stores
€529
We sell organic raw energy bars containing nuts, fruits and superfoods to organic stores, gyms, convenience stores and s
64
entries
9
designers
New Ice Pop Company located in The Bahamas needs a powerful new logo
599 US$
Using the freshest ingredients, creating the best frozen pops, and bringing smiles to the faces of our customers. Nothin
123
entries
35
designers
Create a powerful brand logo for a startup custom BBQ spice company
MX$ 44.399
We sell custom spice blends focused on BBQ, smoking, and grilling
137
entries
33
designers