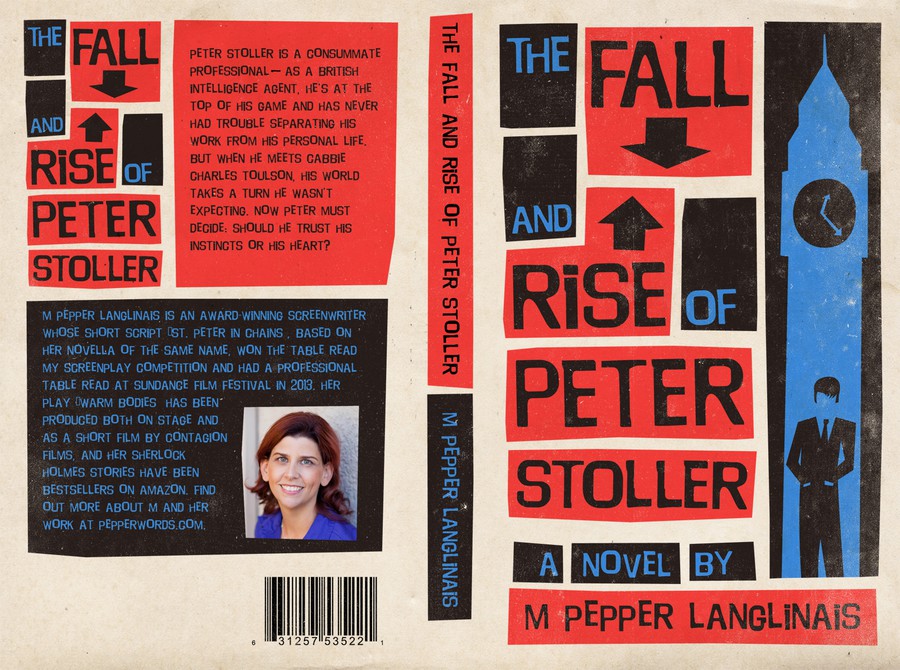 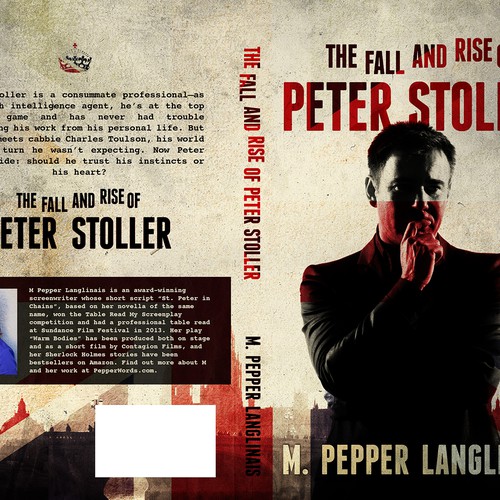 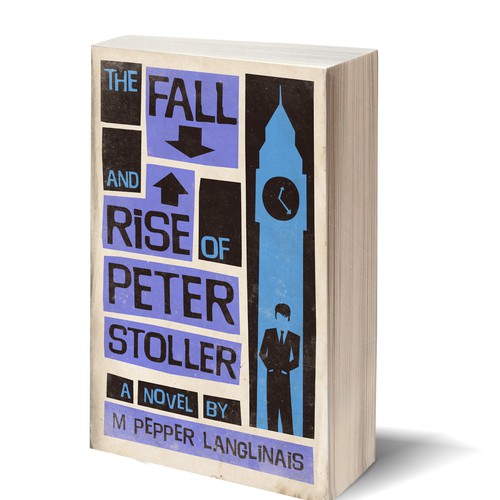 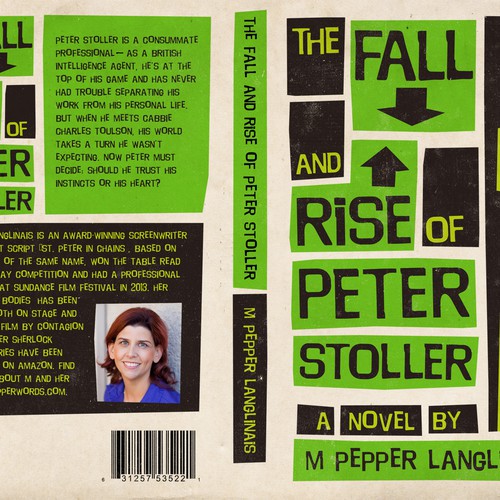 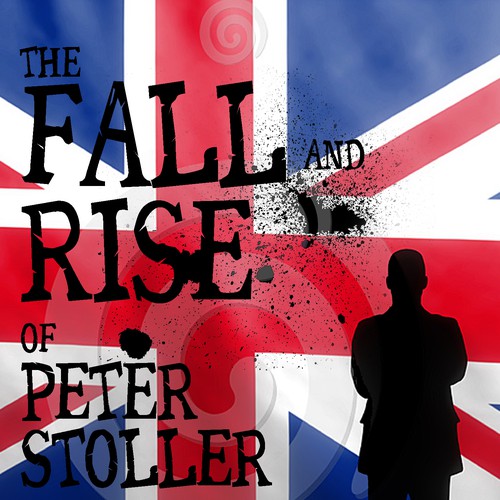 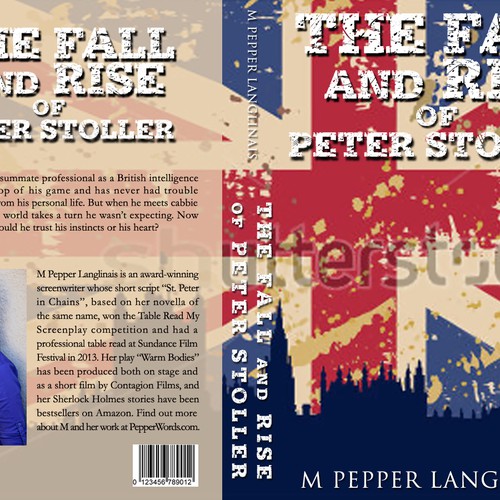 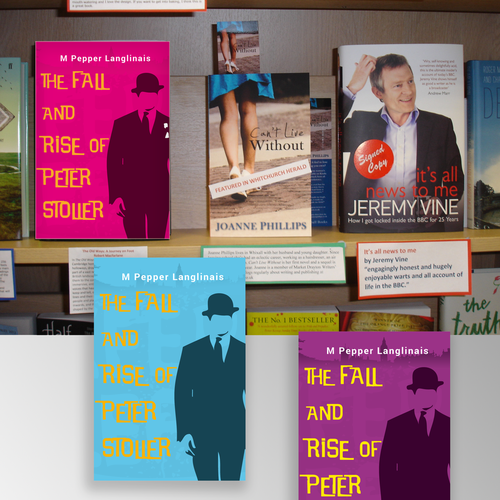 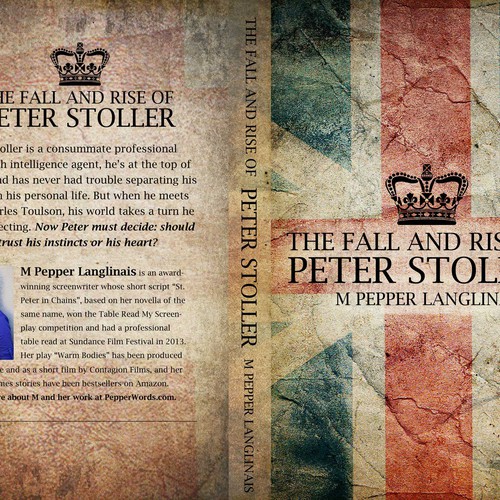 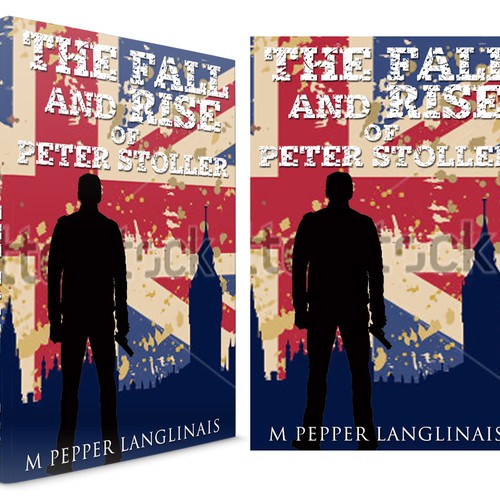 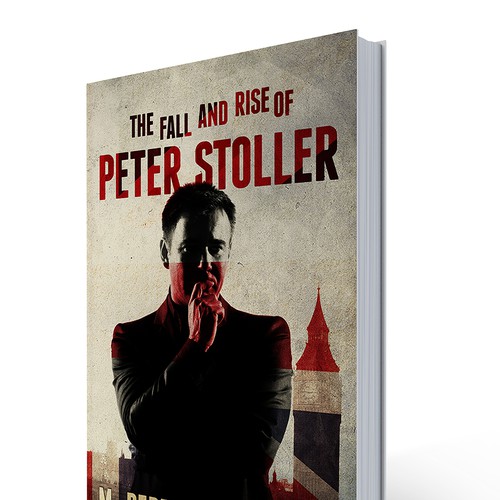 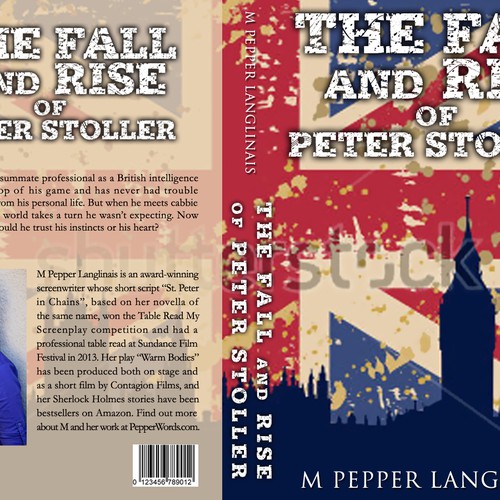 THE FALL AND RISE OF PETER STOLLER is a soon-to-be-published espionage/thriller novel with a "retro" feel. We are in need of a striking cover that will appeal to a sophisticated, literate adult audience and stand out both as an eBook on Amazon.com and as a mass market paperback.

THE FALL AND RISE OF PETER STOLLER – a novel featuring a 60s era British spy as the central character – has been characterized as John Le Carré meets Mad Men and the cover should reflect this tone.

This is a character-driven story, not a James Bond action type. I’m not interested in Tom Clancy style covers, as this novel leans more toward the literary. Primary location is London, though it is not necessary to incorporate this into the design. You may want to at least work in something British to give a sense of the story.

Peter Stoller is tall, thin, thoughtful. He is also gay. This novel collects three parts of Peter’s story: he leaves British Intelligence after his lover Charles is accused of espionage only to discover Charles may actually be a counteragent, then is asked to come back and save his boss’ job (and simultaneously attempts to find out the truth about Charles), and finally is promoted to the head of the organization.

Though his relationship with Charles is central, I am not looking for anything “sexy.” This is not that kind of book. I would like an image or images of some kind, rather than just stylized words. Something along the lines of Matthew Pearl’s Dante Club cover is a possible suggestion, but don’t be held to that if you have an original idea.

A representative excerpt had been attached to give you a sense of the book's tone.

Specifications:
- Trim size is 5 x 8 and should adhere to Createspace guidelines available here: https://www.createspace.com/Product…verPDF.jsp
- Final book expected to be ~300 pgs.
- Will need both a "front cover only" version for the eBook and a full version for the paperback (front/spine/back)
- Back cover of full version should include the attached copy, author's photo, and space for a bar code (per Createspace guidelines)
- Would like both high res PDF and PSD files for final version

COPY FOR BACK COVER:
Peter Stoller is a consummate professional--as a British intelligence agent, he's at the top of his game and has never had trouble separating his work from his personal life. But when he meets cabbie Charles Toulson, his personal life takes a turn he wasn't expecting. Now Peter must decide: should he trust his instincts, or his heart?

We're excited to see your designs for this book!

Create the book covers for HOT, new trilogy that is going global!
US$ 449
My name is Andrea Smith and I have written a contemporary romance trilogy known as 'the Baby Series.' It is…
117
entries
31
designers
Design book cover for women's fiction novel "LIFE IN SPADES"
299 US$
Novel to be released this summer by new, independently published author, Frances Frost
116
entries
23
diseñadores
Mark Myers needs a new book or magazine cover
299 US$
Need a book cover for fiction book: Virgil Creech Takes a Swipe at Redemption
36
entries
8
diseñadores
Help Erin Mayes with a new book or magazine cover
299 US$
I'm a novelist
135
entries
43
designers
Design a scifi novel cover with elements of Arthurian legend
799 USD
The novel (and subsequent trilogy) is science fiction set in the modern day with elements of the thriller genre and myth
142
entries
31
designer
Design a book cover for the weirdest antics the North Pole has ever seen.
$499
I'm a writer. A satirical fantasy fiction writer. I try to be funny, and according to me, it works....
14
entries
8
diseñadores