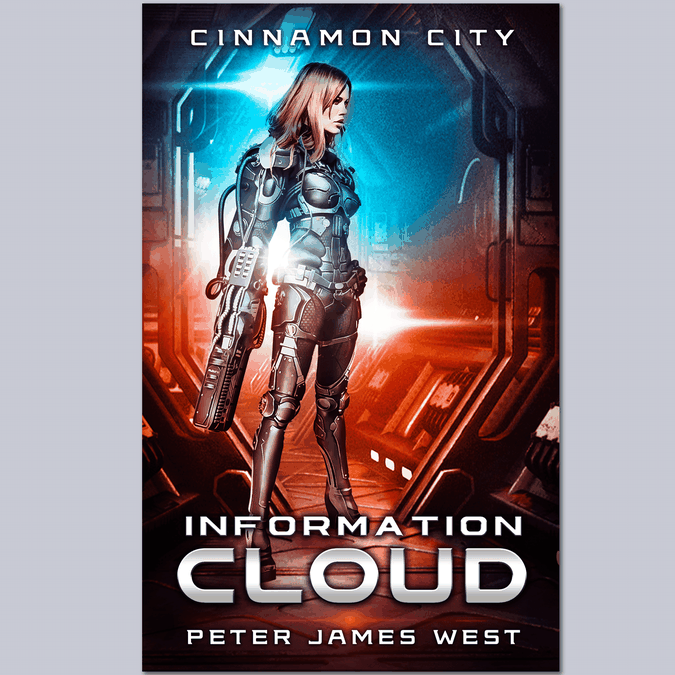 Rebrand military sci-fi series to compete with the best in its class. 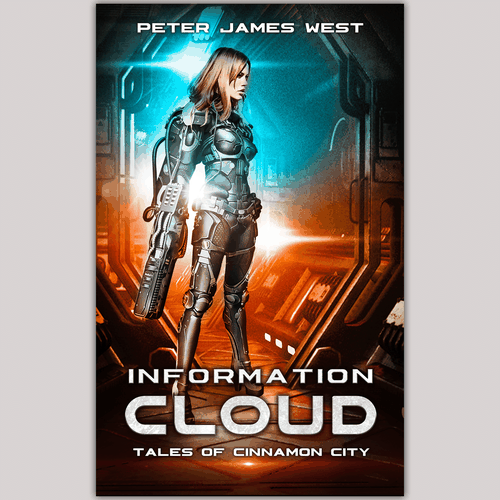 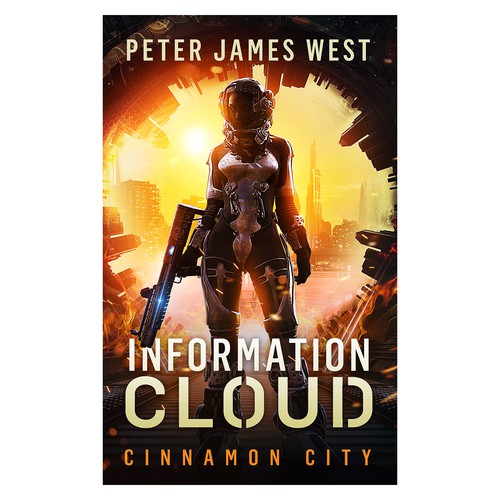 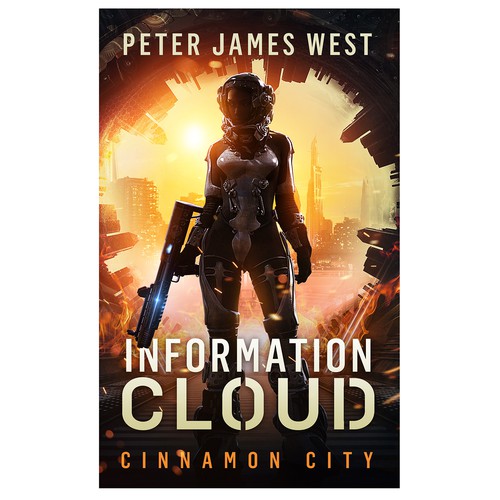 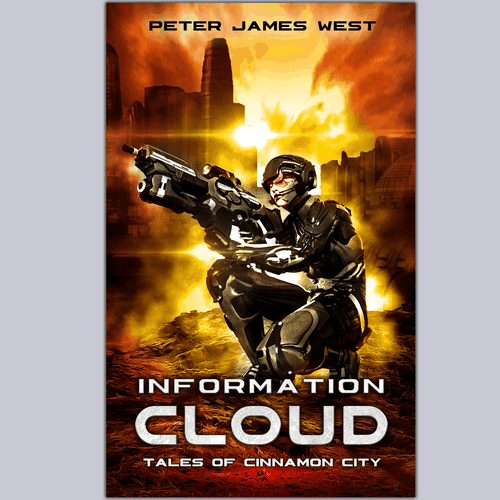 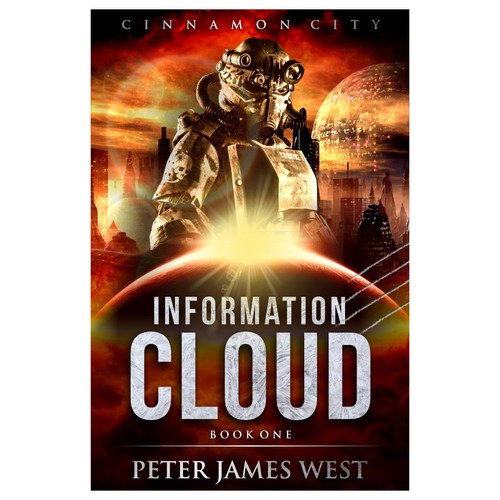 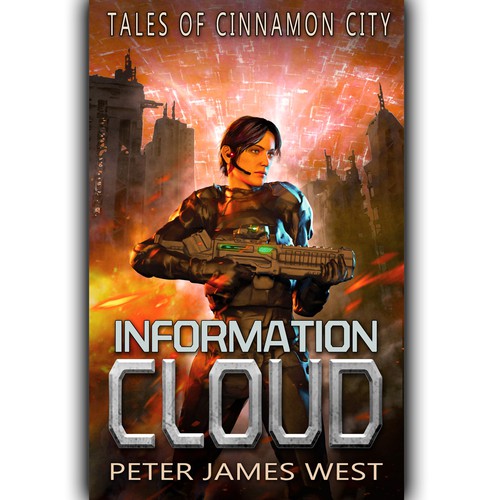 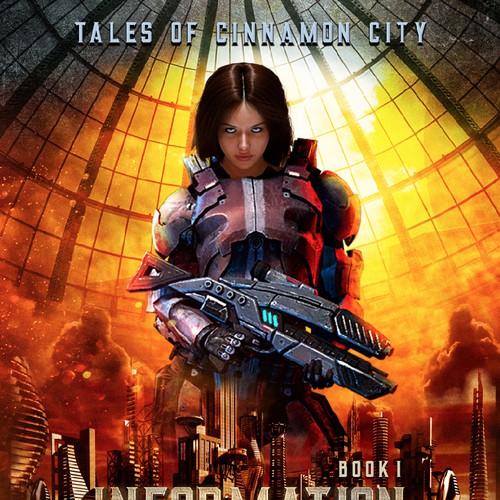 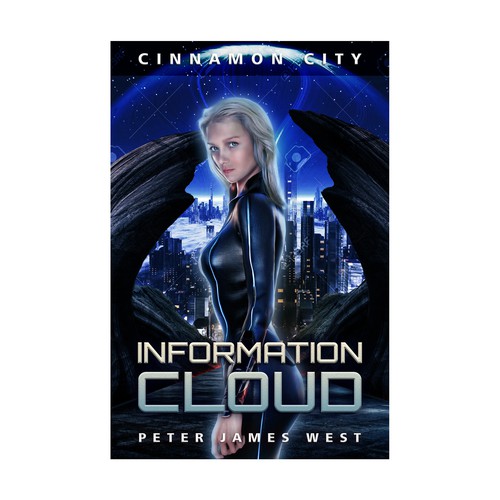 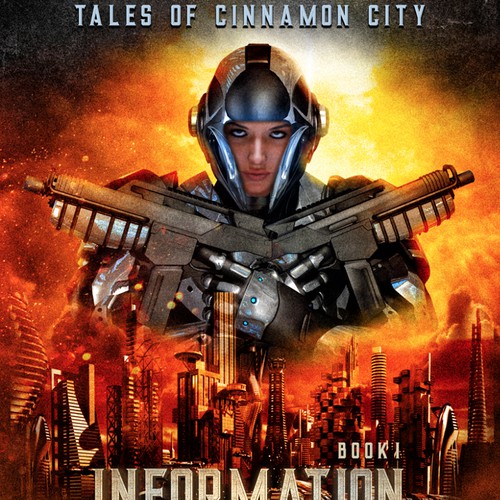 Peter James West is a British author who was born and raised in the seaside town of Scarborough, England. After obtaining a first class degree in artificial intelligence, he was married in India and now lives with his wife in London, where the trains break down with the regularity of an atomic clock.

Peter says:
My books are a mixture of military science fiction and epic fantasy. Tales of Cinnamon City is a science fiction series set in the richly detailed world of Megarothia.

If you're looking for a good place to start, you can take a look at the first book in my Tales of Cinnamon City series by copying the link below into your browser.

This series is available from all good online retailers.

Note that I am a 'wide' author in that I sell on all platforms, not just Amazon.

Tales of Cinnamon City is a Science Fiction and Fantasy Series set in the rich, deep world of Megarothia. Information Cloud is the first novel in the series, mixing elements of military science fiction, epic fantasy, and hi-tech action.

Rachel always wanted to join the Security Forces, but there's something different about her - something she will never fully understand. She finds it difficult to get on with the other soldiers. Rumours of her increasingly strange deeds are already spreading throughout the towers.

Meanwhile the citizens of Cinnamon City grow restless under the Dome Shield. They're frustrated that their needs are always ignored. The Security Forces do their best to maintain law and order. Soon they will be stretched to breaking point.

Lord Hades fears that technology will be the end of man, but he is powerless to stop the factions of the Orange Zone from destroying each other. His visions of the Second Black Day have tormented him for centuries.

In the South, the Kamari are raising an army strong enough to challenge even the might of Central Command.

A dark power is rising.

Rachel's choices are being taken away one by one.

The books is military science fiction with some fantasy elements.
It appeals to people who like action and battle scenes with droids etc but also with a deeper story line and strong characters.

The book is military science fiction with some fantasy elements.
It's the first book in a 9 book series and I'm looking for an artists who is able to demonstrate strong author branding across the whole series with a compelling design that can compete with the best sellers on all platforms.

The whole series takes place on a world called Megarothia (on the planet surface). There are no space ships or travelling among the stars. There's a lot of action with the security forces fighting various factions but there are also fantasy elements too with strong world building, complex plot lines and more depth to the characters.

The current covers were created by me on photoshop and I'll need the photoshop files as part of the delivered designs from the winner so I can tinker with text and create adverts etc. I'll need copyright of the files and the rights to use them for book covers, adverts or related merchandising worldwide, for life time.

What I'm looking for is a compelling brand that can be applied to the whole series and I'll be looking for an artists who can commit to delivering that on all nine books with a coordinated, impressive and non repetitive theme.

I'm a writer and you are a graphic designer or artist. I'm not going to tell you what to put on the covers other than avoid space ships since this story all takes place on the planet. You know more about that than me and I don't want to mangle your creativity with some daft requests about shoe-horning specific things into it.

All I'll say is this needs to stand proud among the books of the top in their class in the military sci fi section of Amazon, Apple, Kobo and Barnes and Noble. It needs to compete with the likes of Joshua Dalzelle, Isaac Hooke. I like their designs but I'm open to new things too so long as they fall within genre and are highly desirable to readers of military Sci-Fi.

There is a dome shield over a city called Cinnamon City.
There are security forces and warring factions.
There are lords in robes with hoods who carry spears / staffs.
The lords can teleport and throw air with heir hands, and control people's minds. The lead character is a lord herself but doesn't realise it until later in the series. She's called Rachel. She's combat trained, around thirty and has short dark hair. She doesn't need to be on the covers unless you think that will help.

You can use stock images and combine them in interesting ways but bear in mind that this is a 9 book series. The first book cover needs to be something that will match the next 8 books in terms of style and design without just cutting and pasting the same stock photos over and over).

Take a look at the series here:
https://www.amazon.com/gp/product/B…rw_dp_labf

No space ships. This all happens on the planet surface.
Nothing cheesy. This is a serious, gritty story - a battle against evil.
Nothing that is so unique that it cannot be used as part of a consistent brand across the whole 9 book series.
Not repetitive
Not boring

InsideOut - Creation Speaks!
US$329
The target audience is usually 30-60 yrs old and either "outdoorsy" or "hippyish".
51
entries
22
diseñadores
Book cover for book about a wild adventure into inner exploration.
€ 359
Mainly women between 25-45 who love to travel and have become interested in spirituality, wellness or other alternative
88
entries
25
designers
Young Adult Fiction Book Cover
US$ 299
The target audience is high school aged (fourteen to eighteen) girls in America.
45
entries
10
designers
Book Cover for Novel: Red Sky at Morning
US$ 399
Men or women who like thrillers; Individuals who like biblical prophecy; Readers who enjoy espionage and military novels
49
entries
11
designers
Design book cover in Russian
US$ 299
Most of the readers are well educated women 30-50 age old, with interest in self-help, psychology, spirituality and New
34
entries
5
designers
Need a retro design for my book about the pipelines in Alberta.
CA$ 529
The people who are going to read and enjoy this are people interest in turn story fiction. People interested about what
51
entries
11
designers

Jetzt starten
A man who is a business man by day and gangster at night. Show the man's duality.
US$ 399
Ages 18 to 65, both black and white, male and female from the inner city to suburbia. This book has violence, romance an
21
entries
4
designers
Wind Apocalypse--A tornado, a road, a speeding car, a wasp. Easy!
US$ 299
Young adults age 17 to 21, and all adults interested in futuristic apocalyptic novels about climate change and artificia
53
entries
18
designers
Design an eBook cover for IT geeks and cloud computing experts
USD 329
IT system administrators, software developers, DevOps professionals, mostly male, 25-40 mainly from the US and Europe.
88
entries
19
diseñadores
Catholic Book Cover Needed
799 $US
Devout Catholics in their 60s and 70s.
81
entries
17
designer graphistes
Book Cover Design book on Emergency Work From Home in a Pandemic
CAD 269
Leaders in small and medium sized business plus leaders of organizations that need to support remote work and Emergency
172
entries
26
diseñadores
Book cover needed for ultimate fan guide to the Fast and Furious movie franchise.
US$ 749
Fans of the "Fast and Furious" movie franchise. These movies are consumed by a massive global audience, ranging in age a
110
entries
37
designers
Erfahren Sie mehr über buch oder zeitschriften cover Design
So funktioniert's