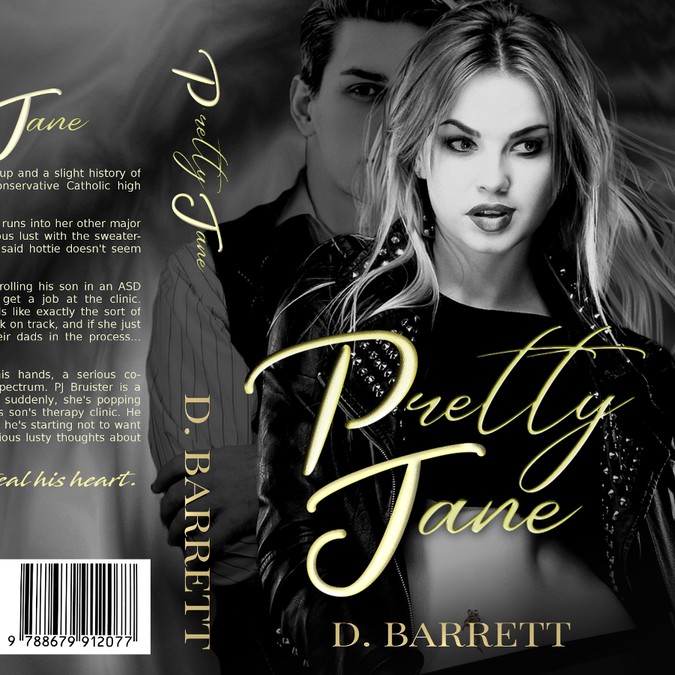 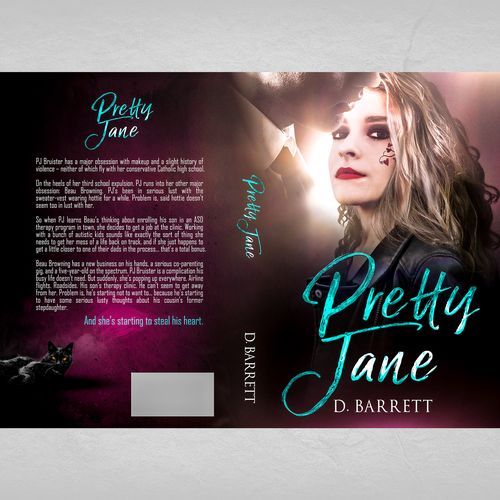 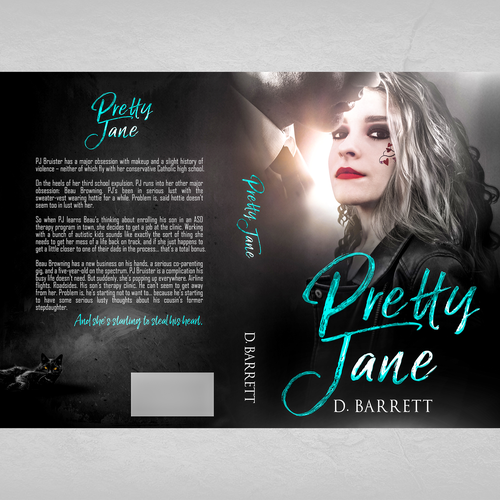 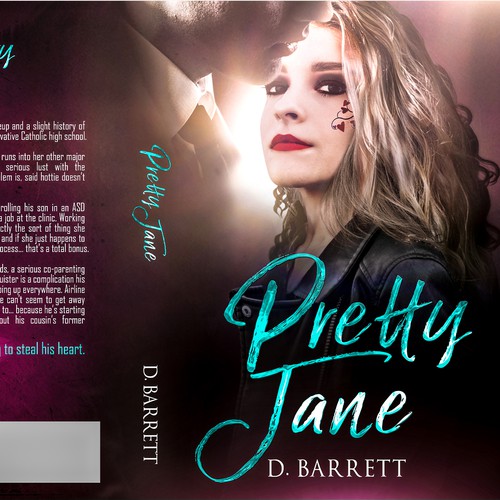 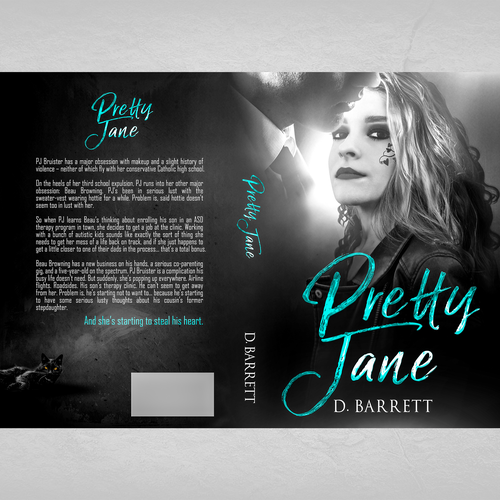 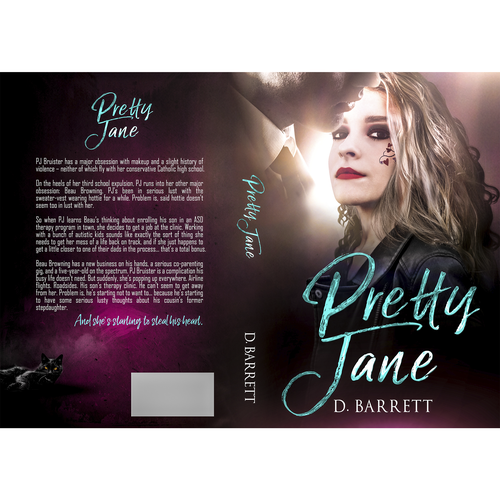 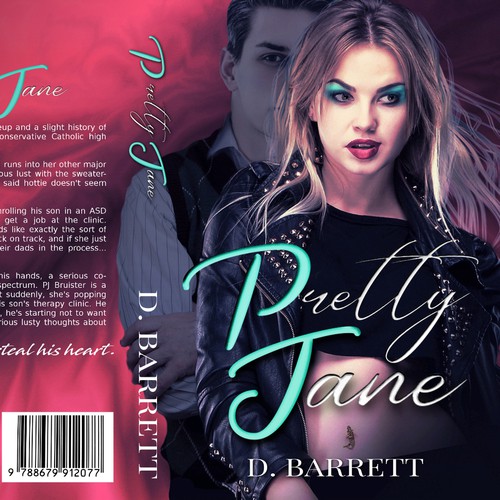 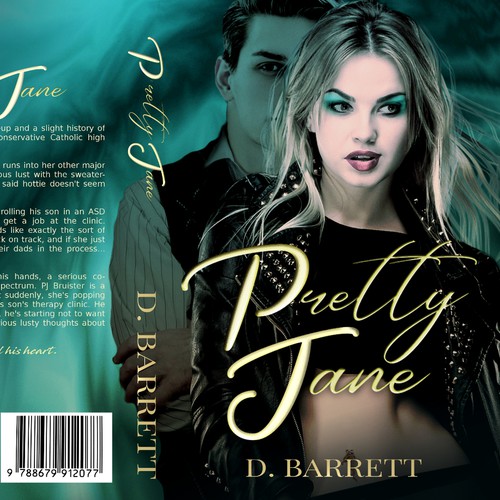 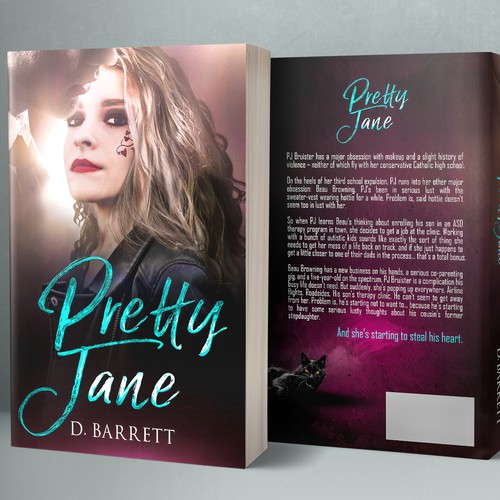 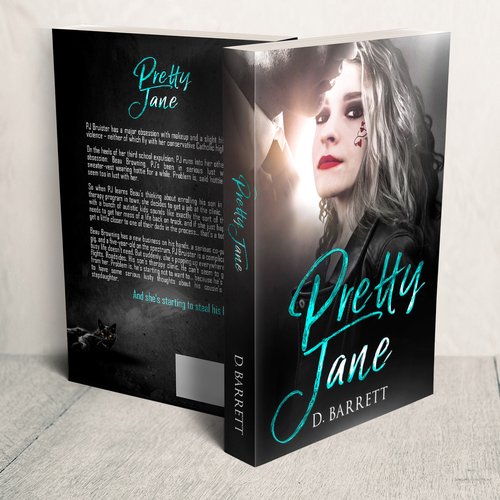 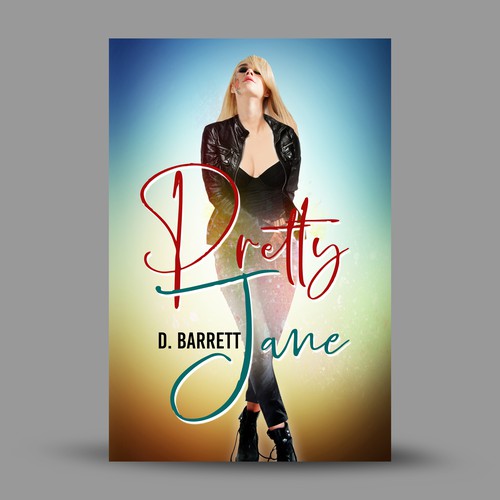 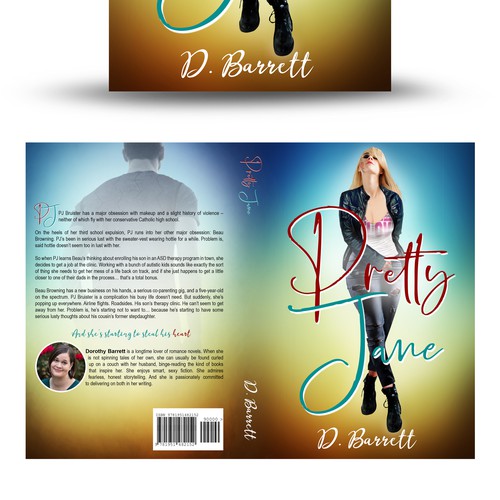 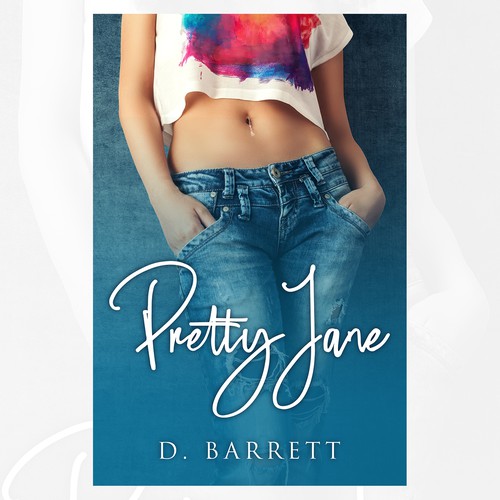 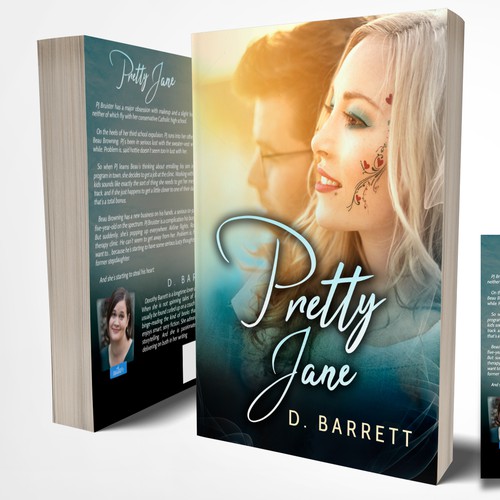 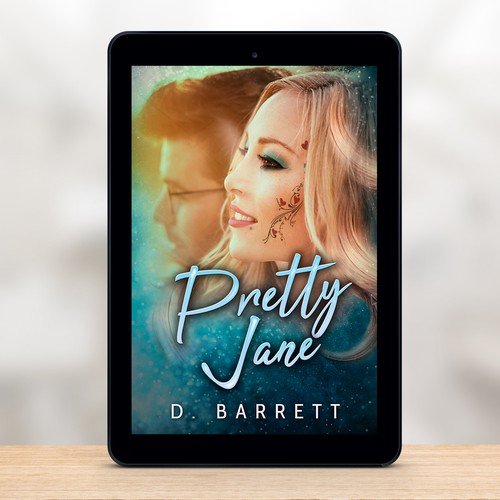 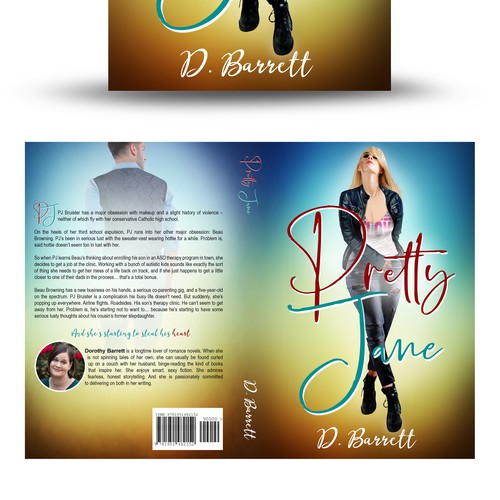 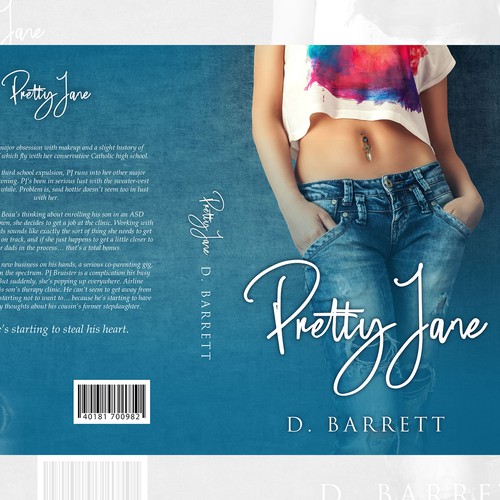 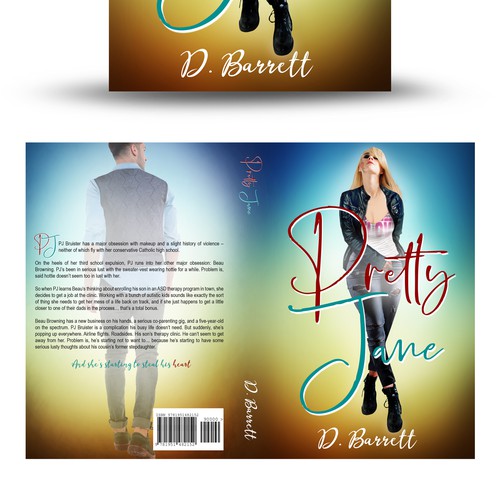 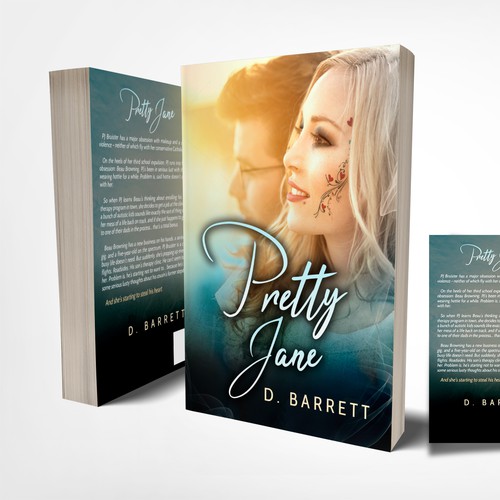 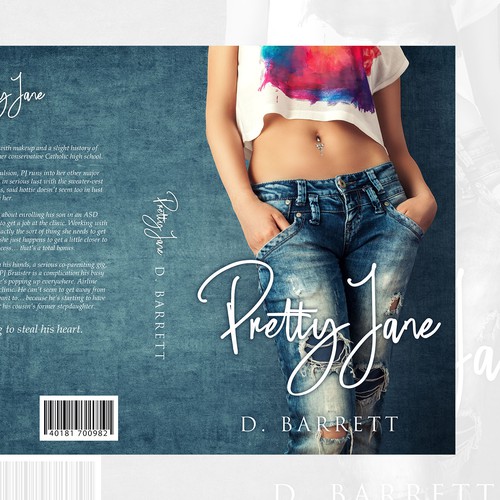 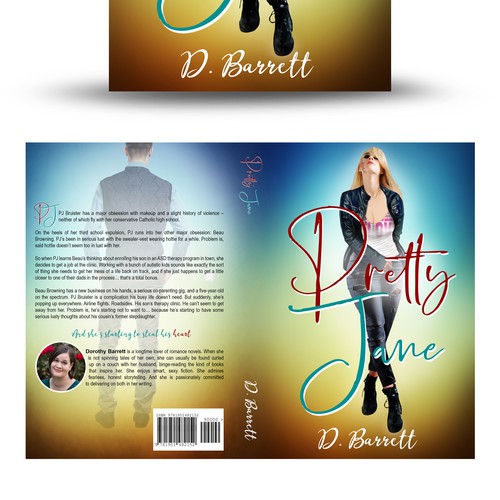 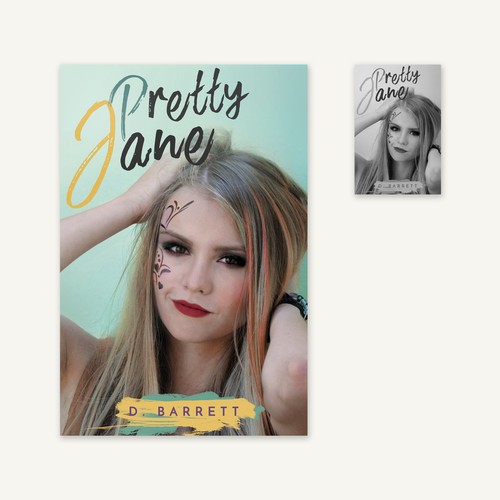 Dorothy Barrett is a longtime lover of romance novels. When she is not spinning tales of her own, she can usually be found curled up on a couch with her husband, binge-reading the kind of books that inspire her. She enjoys smart, sexy fiction. She admires fearless, honest storytelling. And she is passionately committed to delivering on both in her writing.

PJ Bruister has a major obsession with makeup and a slight history of violence – neither of which fly with her conservative Catholic high school.

On the heels of her third school expulsion, PJ runs into her other major obsession: Beau Browning. PJ’s been in serious lust with the sweater-vest wearing hottie for a while. Problem is, said hottie doesn’t seem too in lust with her.

So when PJ learns Beau’s thinking about enrolling his son in an ASD therapy program in town, she decides to get a job at the clinic. Working with a bunch of autistic kids sounds like exactly the sort of thing she needs to get her mess of a life back on track, and if she just happens to get a little closer to one of their dads in the process… that’s a total bonus.

Beau Browning has a new business on his hands, a serious co-parenting gig, and a five-year-old on the spectrum. PJ Bruister is a complication his busy life doesn’t need. But suddenly, she’s popping up everywhere. Airline flights. Roadsides. His son’s therapy clinic. He can’t seem to get away from her. Problem is, he’s starting not to want to… because he’s starting to have some serious lusty thoughts about his cousin’s former stepdaughter.

And she’s starting to steal his heart.

Main Image on Cover:
I’d like my main character featured on the cover of my novel. PJ is eighteen years old, has a lot of attitude, and wears a lot of wild makeup. Here’s how I’d like PJ pictured:
• She should have long, medium-blond hair. It may be pictured either down and flowing (maybe concealing part of her face) or hair may be swept to the front of one shoulder in a loose, wispy braid. Her hair is mostly straight, with a bit of wave.
• She should have dark brown eyes and be wearing heavy eye makeup. (Thick black eyeliner, mascara, lash extensions. Kind of like Avril Lavigne. But she may have a pop of color around her eyes in the form of some glittery teal, copper, or purple eye shadow. (See color scheme below)
• She is caucasian, so skin should be fair/light.
• She tends to wear red lipstick, so that would be good to include. Also, I would love to see her lips twisting into a smirk. A cocky little half-smile.
• The image should probably be more of a waist-up or head shot to show off the following tattoo design…
• I’d like a pattern of heart-shaped tattoos on one side of PJ’s face.
• Heart tattoos should be varying sizes and colors (see color scheme below).
• Tattoos should be connected with dots, lines, and/or swirls.
• Tattoos should start at PJ’s temple and run all the way down her cheek.
• If depicting part of PJ’s body in picture, the following is a list of things she wears in the book to give you an idea of her style:
o Ripped jeans
o Studded black leather jacket
o Colorful, stretchy, retro T-shirts
o Naval piercing
o Combat boots with fluorescent laces
o Van style sneakers
** It’s also very important to note, that PJ is six feet tall, large busted, and curvy. She is not petite, nor is she super skinny, and should not be depicted so.

Secondary Image for Cover:
I’d also like to see my main character’s love interest, Beau, included in some way on the cover. I am much more flexible with how this is done because I really want the main spotlight to be on PJ. But here are some things to know about Beau:
• He has short dark brown hair usually styled with a side part, and is clean-shaven.
• He has brown eyes and wears wire-rim glasses.
• He's in his mid-twenties.
• Also, caucasian.
• Wears sweater-vests over oxford-button down shirts.
• Is the same height as PJ at six-feet tall.
• He is fit but should not be depicted as some muscle-bound ripped guy with no shirt on.
• Ideas on how to include Beau:
o Part of his face could be included in shot. Maybe he’s kissing one of her heart tattoos.
o Maybe he’s behind her, and we only see part of his face and just a hint of a sweater or white button down shirt.
o Maybe they are back to back, but his image is more towards the spine of book and mostly cut off.

Possible images for back of paperback around the blurb:
*A small image of a chubby black cat.

Typeface:
• Title should be a cursive font, but nothing frilly, ornate or difficult to read. Something more edgy and cool.
• The words Pretty and Jane should probably be stacked on top of each other so they can be bigger.
• I’d like to experiment with making the P and the J in the title a different color and/or size to make them stand out.
• Colors of typeface should work with overall cover scheme.
• Positioning of the title on cover is designer’s discretion, so long as it appears above author’s name.

• Making PJ or Beau cartoony. I don’t want hand-drawn, or comic-style characters. I’d like photo-realistic.
• Making PJ appear too pretty (like a cheerleading princess or a Barbie Doll.) That being said, don't go too wild/scary with the makeup to where she looks like a gothic vampire queen either.
• A bored, blank, shy, or withdrawn expression. PJ’s expression should be livelier, mischievous. I’d really like to see a little smirk or smile.
• Using too many pastel colors. I want a mix of darker and lighter. Please ensure the color scheme/lighting looks good in black and white too.
• Making the tattoo on her face too small. It should spread from temples to cheeks.
• Making Beau the dominant image. PJ gets the spotlight here.