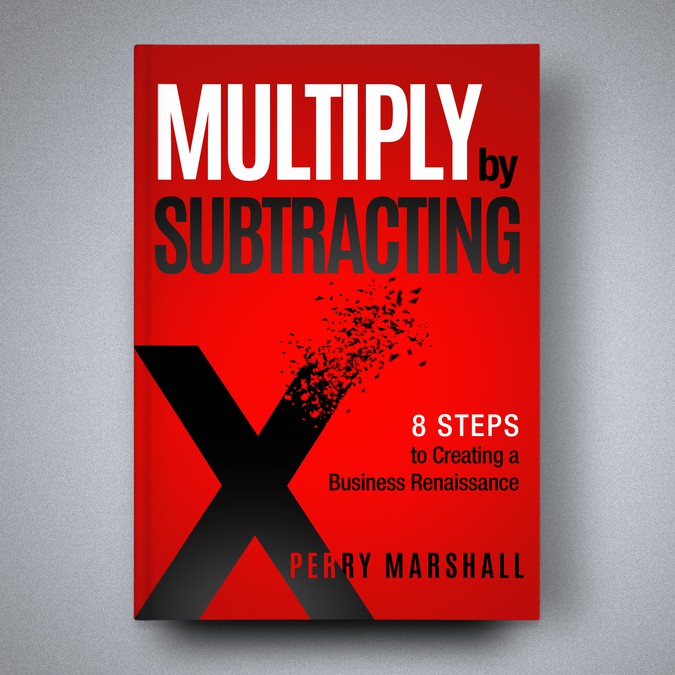 MULTIPLY BY SUBTRACTING: 8 Steps to a Business Renaissance 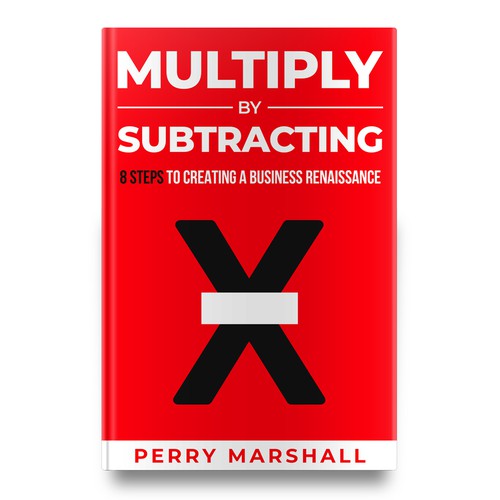 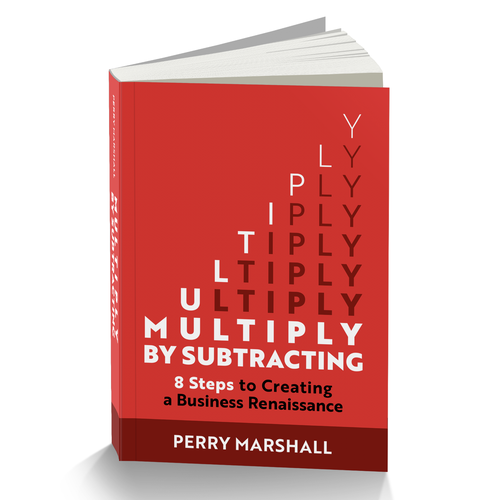 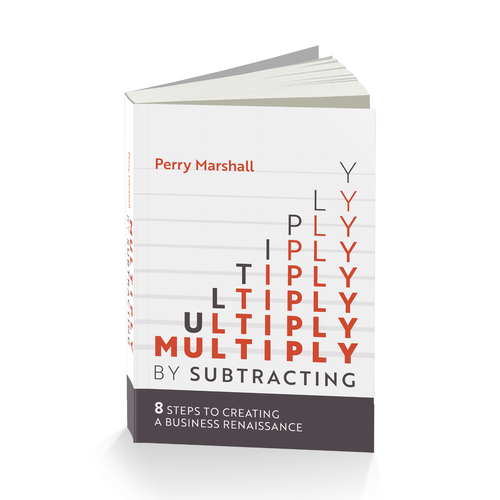 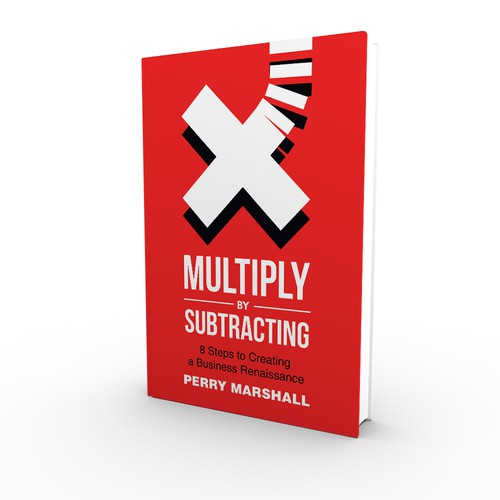 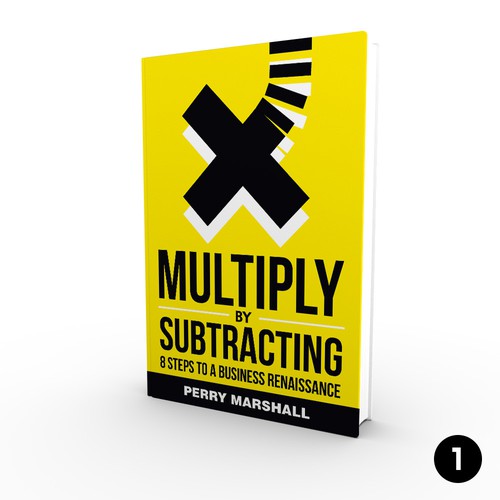 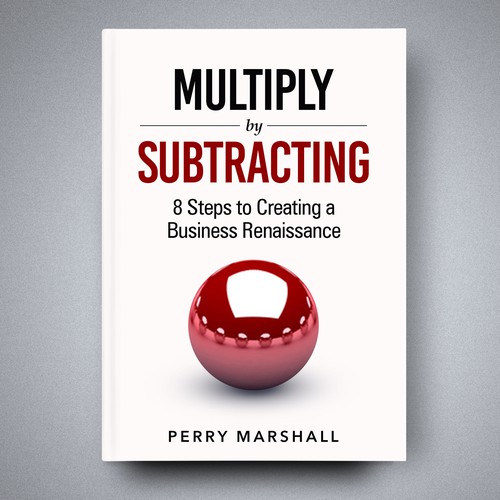 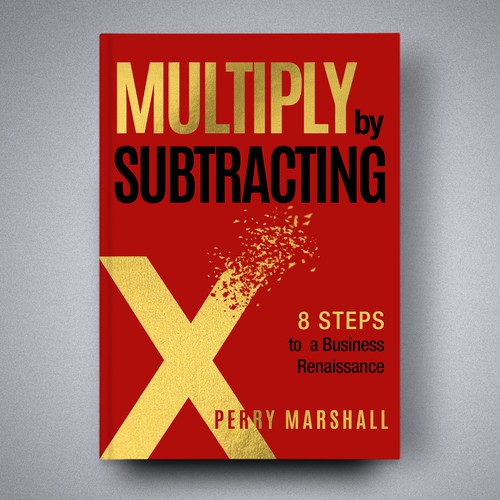 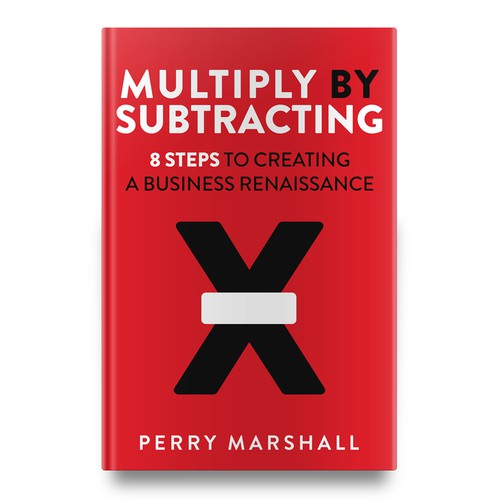 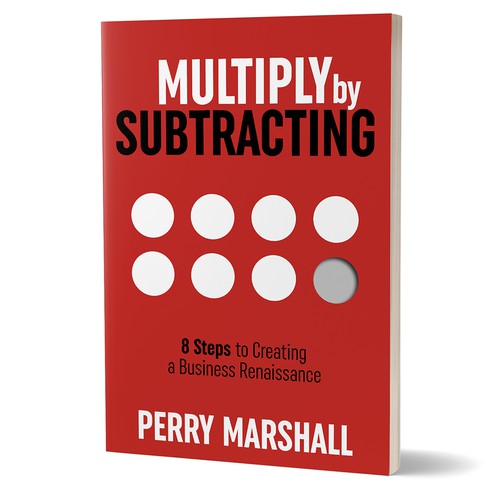 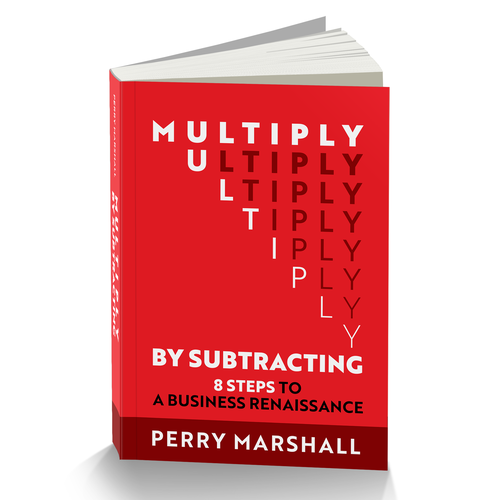 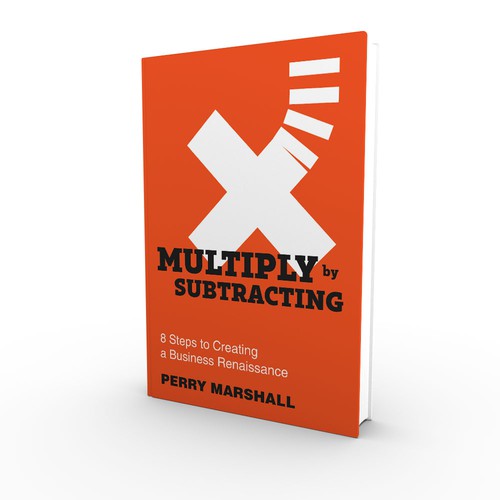 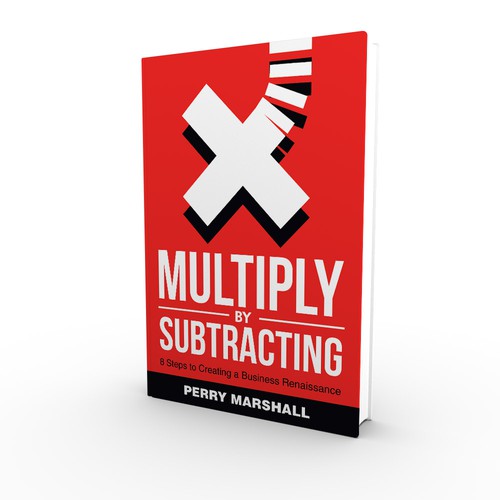 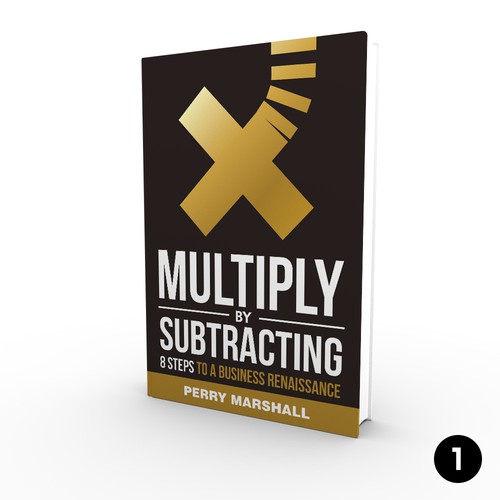 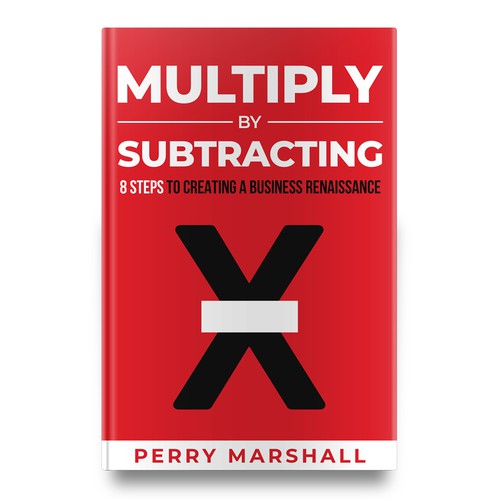 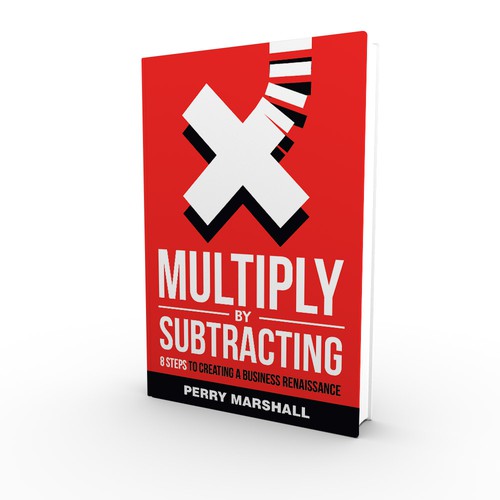 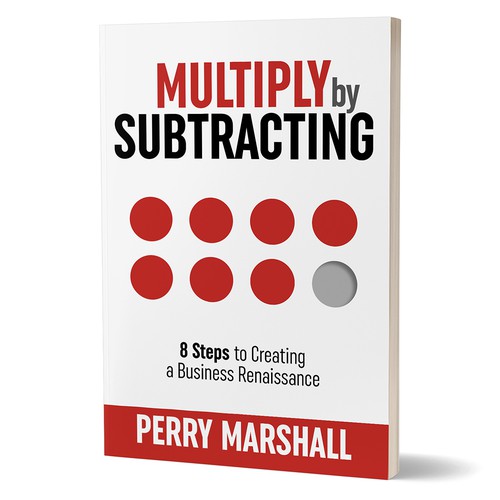 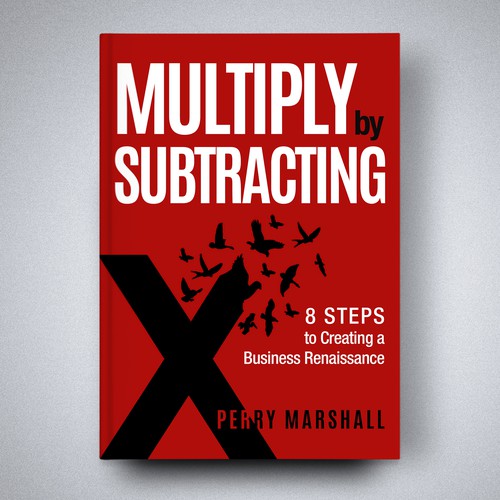 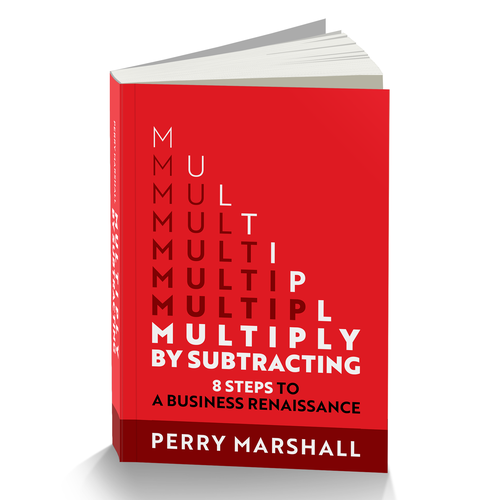 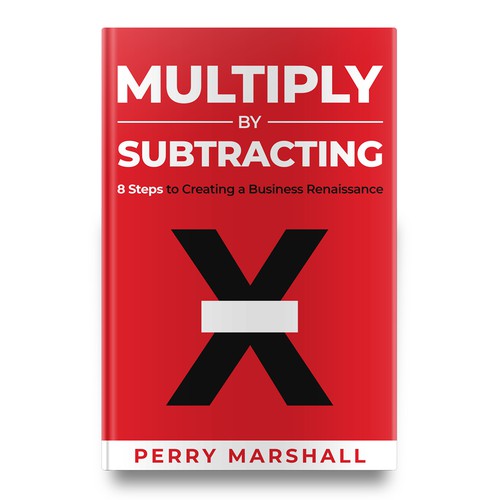 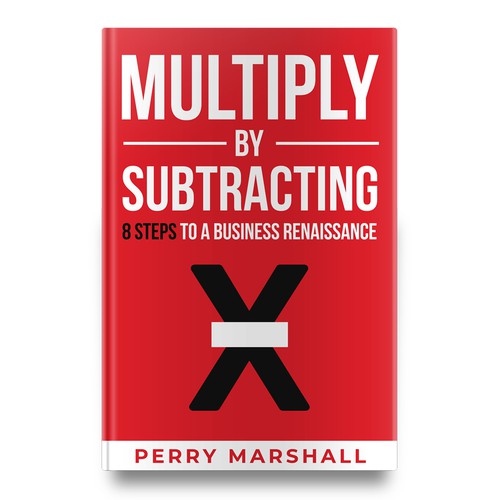 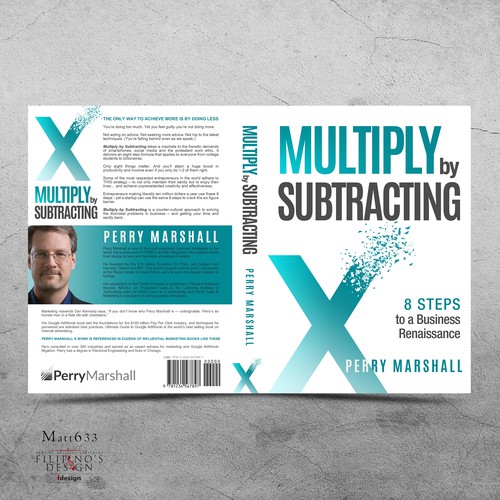 Multiply by Subtracting: 8 Steps to Creating a Business Renaissance

Perry Marshall is one of the most expensive business strategists in the world. He is endorsed in FORBES and INC Magazine. He’s guided clients from startup to tens and hundreds of millions of dollars.

He founded the the $10 million Evolution 2.0 Prize, with judges from Harvard, Oxford and MIT. The world’s largest science prize, announced at the Royal Society in Great Britain, aims to solve the biggest mystery in biology.

His reinvention of the Pareto Principle is published in Harvard Business Review. NASA’s Jet Propulsion Labs at the California Institute of Technology uses his 80/20 Curve as a productivity tool. 80/20 Sales & Marketing is mandatory in many growing companies.

Marketing maverick Dan Kennedy says, “If you don’t know who Perry Marshall is — unforgivable. Perry’s an honest man in a field rife with charlatans.”

His Google AdWords book laid the foundations for the $100 billion Pay Per Click industry, and techniques he pioneered are standard best practices. Ultimate Guide to Google AdWords is the world’s best selling book on internet advertising.

He’s consulted in over 300 industries and served as an expert witness for marketing and Google AdWords litigation. Perry has a degree in Electrical Engineering and lives in Chicago.

The Only Way to Achieve More is by Doing Less

You’re doing too much. Yet you feel guilty you’re not doing more.

Not acting on advice. Not seeking more advice. Not hip to the latest techniques. (You’re falling behind even as we speak.)

Multiply by Subtracting takes a machete to the frenetic demands of smartphones, social media and the protestant work ethic. It delivers an eight step formula that applies to everyone from college students to billionaires.

Only eight things matter. And you’ll attain a huge boost in productivity and income even if you only do 1-2 of them right.

Some of the most respected entrepreneurs in the world adhere to THIS strategy – to not only maintain their sanity but to enjoy their lives… and achieve unprecedented creativity and effectiveness.

Entrepreneurs making literally ten million dollars a year use these 8 steps - yet a startup can use the same 8 steps to crack the six figure barrier.

Multiply by Subtracting is a counter-cultural approach to solving the thorniest problems in business – and getting your time and sanity back.

Attention-grabbing book cover that stands out and communicates the title in graphic form.

Nothing that is obviously a stock photo. I would be surprised if a photo was appropriate.

Jetzt starten
Minnesota Cabin scene to appeal to women who like love stories
399 $US
Female, USA, 18-50
142
entries
27
designer graphistes
I need your inspirational eBook cover design and expert advice on refining my subtitle
€ 299
Frustrated people (early-adulthood to middle-aged) who're too busy and too distracted to keep in shape; and who're tired
158
entries
22
Designer
The Sword & Mr. Stone -- a modern day search for Excalibur
199 $
People interested in humor and fantasy.
43
entries
12
Designer
paper back and ebook cover
£ 319
Someone is reading this book to learn the most effective way to write a to-do list that will keep them motivated and pro
51
entries
20
Designer
Veteran needing patriotic design for new book
$299
A book for political enthusiasts, history buffs and anyone interested in a serious look into American politics that won'
58
entries
13
デザイナー数
Finance BOOK COVER needed. Prefer clean, light simplicity and a drawn illustration.
US$ 499
Self-employed professionals, typically men ages 30-50 who make over 75k per year single or 100k joint, maybe they work f
35
entries
12
designers
Erfahren Sie mehr über buch oder zeitschriften cover Design
So funktioniert's