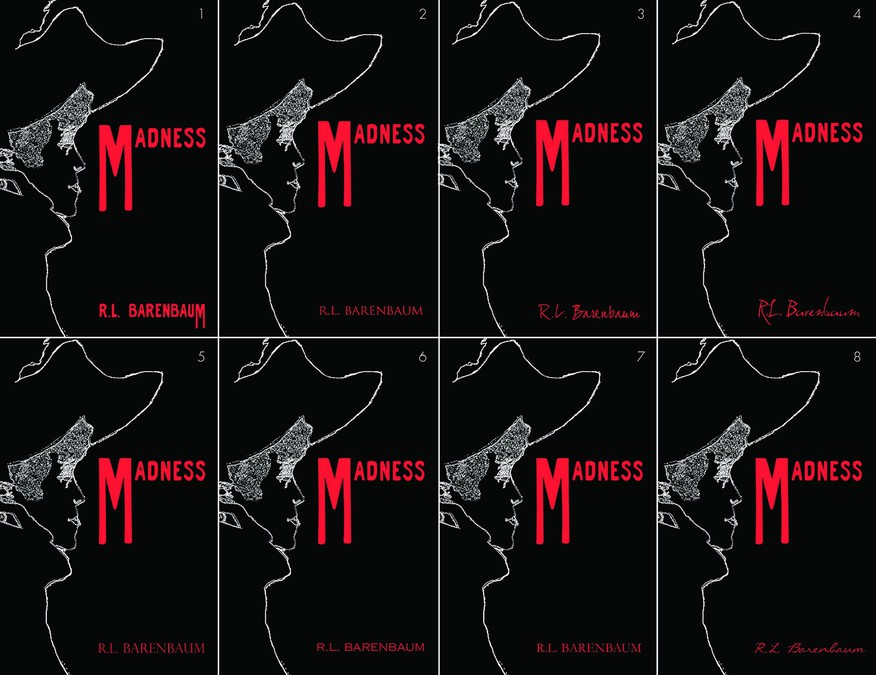 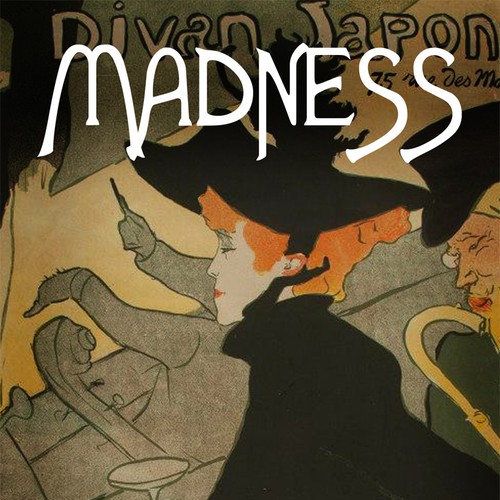 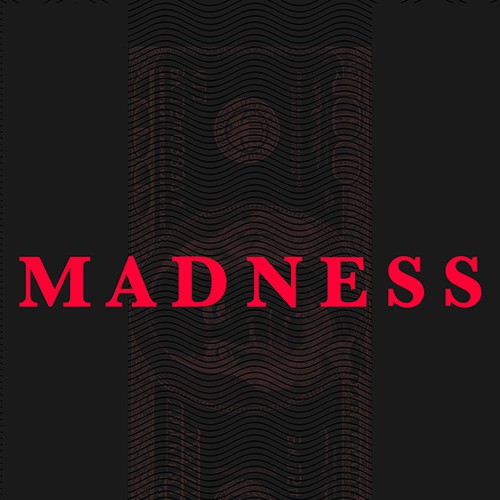 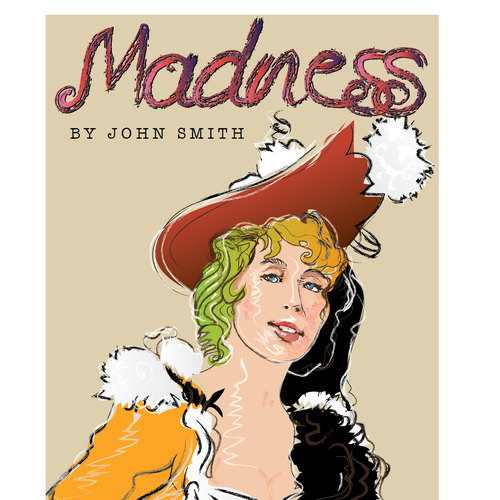 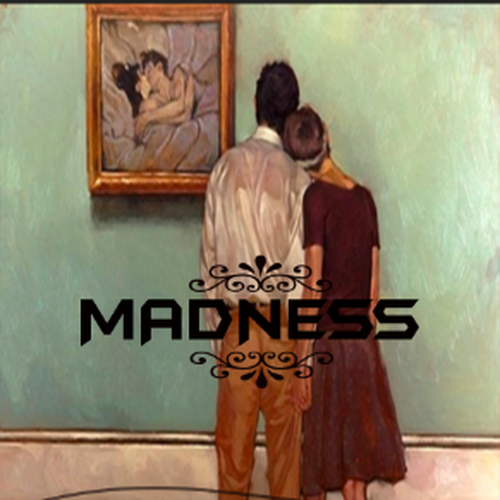 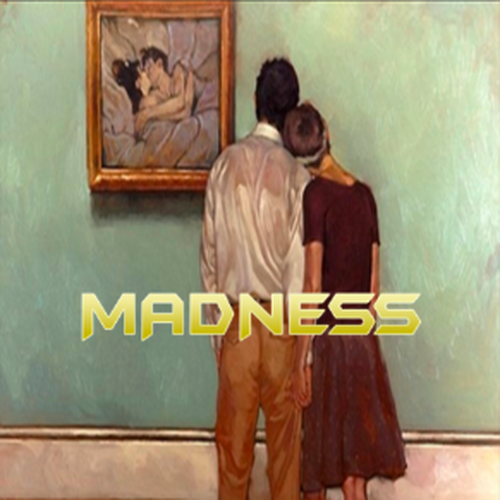 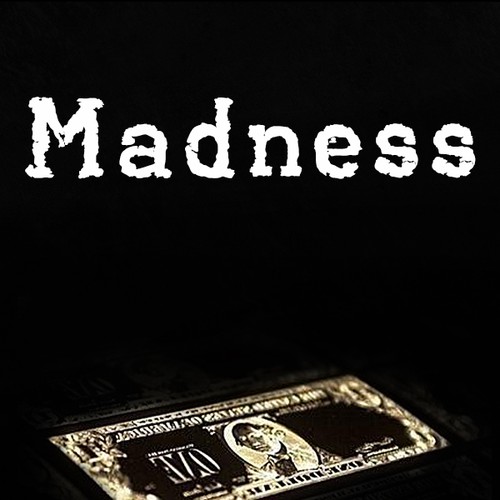 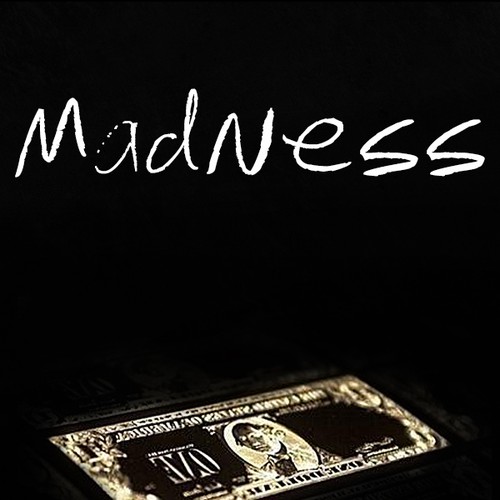 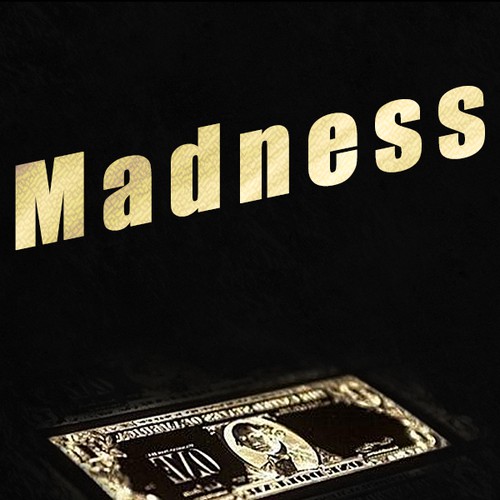 We are looking for an e--Book cover for MADNESS. Must stand out on a full screen and as a thumb nail. The reader is expected to be middle aged/ book club women.

The title is MADNESS - it is a literary thriller - a modern day Bonnie and Clyde.

We are hoping you can go either very simple - or use Toulouse-Lautrec and an engraving plate for currency. Nothing too bloody or cartoonish.

Book description: She’s a con artist, just out of college and mad as a hatter, but Sylvie Greenwood thinks she has it all – David Astor is back in her life and in love with her. He’s asked her to join him, counterfeiting and fencing masters such as Toulouse-Lautrec for $10K a pop and she can’t refuse. Just as she says yes to the small-time gig, David wires $100 million into her bank account and she finds a half naked woman with a black eye in his apartment. David won’t explain the source of the big-time cash or the woman. Deception and deceit are an aphrodisiac when they target others but Sylvie won’t accept them when it’s personal.

Sylvie leaves town and finds life without David to be intolerable. A breakdown lands her in a mental institution with Dr. Willard – who should be in the cell next to hers rather than overseeing treatments. Before she loses all her marbles, Sylvie escapes – covering her tracks with a trail of bodies and thinking Dr. Willard’s is one of them. Bad mistake.

On the run and still in love, Sylvie needs answers. David won’t talk. He thinks he’s protecting her but he’s running out of time. Dr. Willard is alive and hell bent on revenge – plus rivals after blood and money are closing in. Sylvie and David risk one more murder to clear a path to a future together. Is that enough?

Book covers sell books. Please read the description and let me know what comes to you. Would prefer something neutral like Hunger Games or Gone Girl - but please be creative.

Create an irresistible book cover design for Sascha Martin's Time Machine
A$ 299
I write books for children....
7
entries
5
designer
Create a book cover for a post-apocolyptic fantasy novel!!!
$799
My book is an epic fantasy novel entitled Dregs of the Culver Waste - Sand and Scrap. It is the first book in a tril...
58
entries
26
デザイナー数
Lake of the Falls Book Cover
US$ 299
Driftless House Publishing in an independent publisher of fiction books....
86
entries
39
diseñadores
Create a striking book cover for a book that will make literary history
299 $
"We Are All Blue" marks the first time drama/theatre by a playwright from Botswana will be published!
103
entries
19
Designer
SciFi Series E-book Cover Illustration (already need multiple covers)
US$299
Looking for a replacement book cover illustration (most likely not a design) to be used primarily for e-book sales....
35
entries
9
diseñadores
1930s action adventure story book cover
GBP 189
Independent publishing house specialising in genre fiction and non-fiction....
57
entries
16
diseñadores