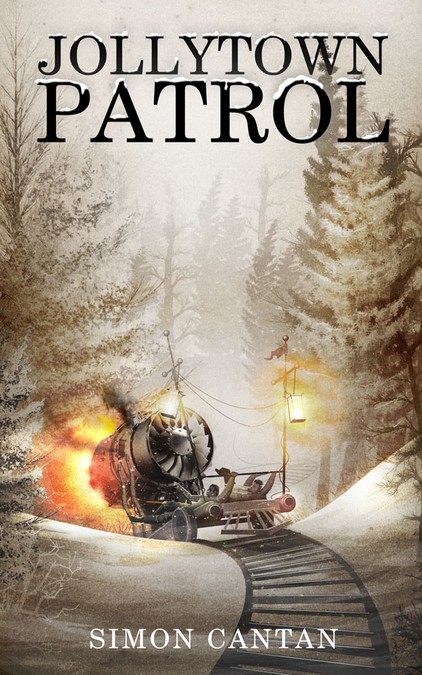 New ebook cover for a comic-fantasy novel by Simon Cantan 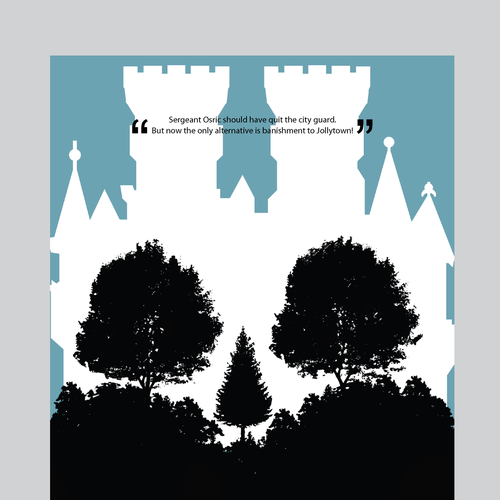 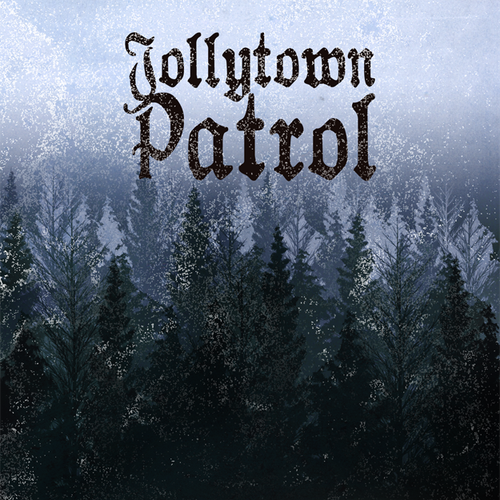 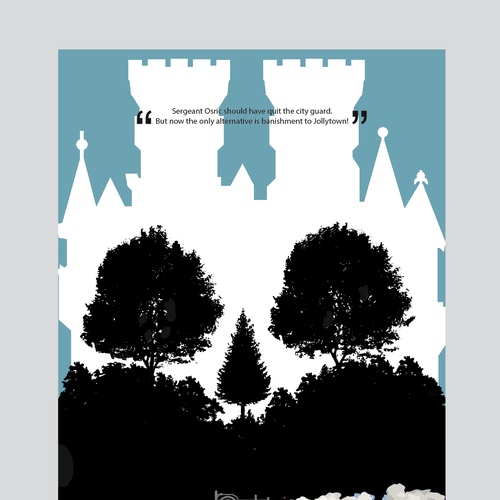 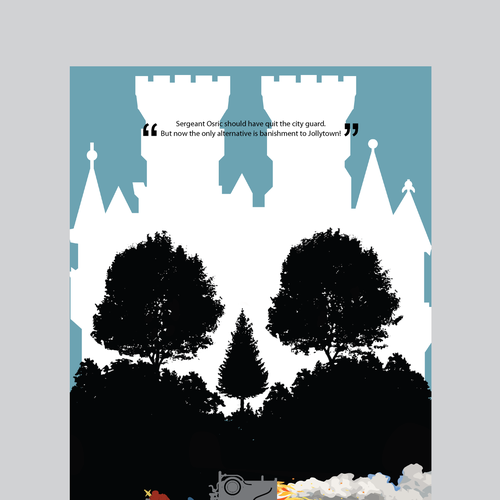 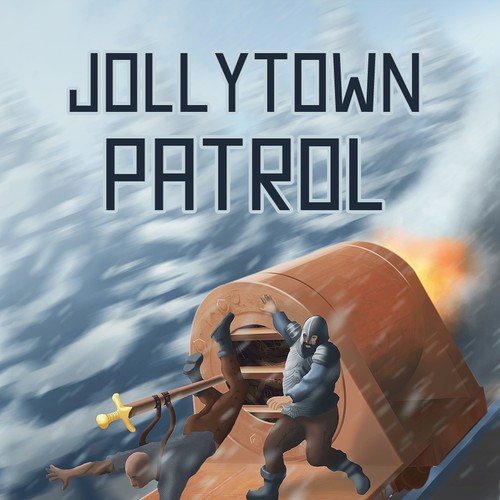 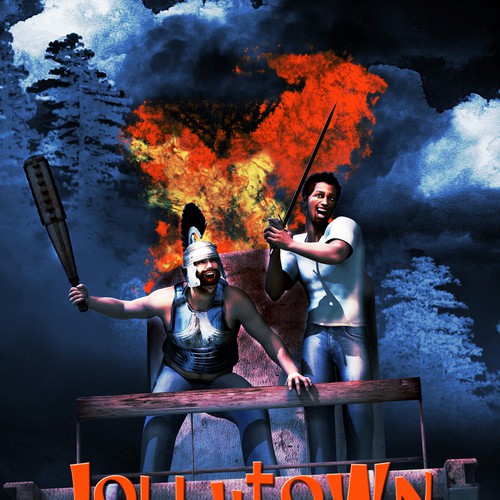 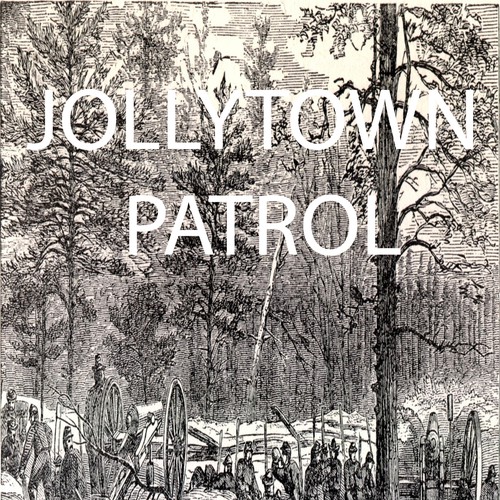 I am a science-fiction and fantasy author.

I am looking for a cover for my new e-book, “Jollytown Patrol”.

Jollytown Patrol is a comic-fantasy novel. This book will be self-published on Amazon, so the image should match Amazon’s guidelines:
For best quality, your image would be 1563 pixels on the shortest side and 2500 pixels on the longest side

Here is a description of the book:
Sergeant Osric knew he should have quit the city guard. He had always had a knack for getting himself into trouble with the wrong people, but arresting the Duke's murderous son was the final straw. The only alternative to rotting in the dungeons is banishment to Jollytown.

Jollytown has been isolated for more than fifty years. Dark mages there suck the life from people and use it to enhance themselves, making them faster and stronger than any human. The lifeless husks of people they have drained wander through the town attacking the living. The few townspeople left alive are terrified to leave their houses.

With the deep snows of winter all around, there’s no escape. Osric will have to rally the townspeople to battle the mages, without getting himself drained in the process.

For the cover design:

Ideally, I would like to see a specific scene depicted on the cover. Tondbert and Osric, the main characters, are forced to leave the capital city on a JIT engine.

Here are some descriptions:
JIT Engine:
A flat platform on train wheels, with a long, low rail at the front. A huge cylinder mounted on the back whining angrily and spitting flames. The platform has a rail attached to the front of it, so the characters can hang on, but is otherwise pretty much featureless.

Osric:
Osric is short (157cm) overweight (95kg) and 32 years old, with white skin, brown hair and gray eyes. He has a full beard and two tattoos:
- Chains of justice on his wrists;
- Flower on his upper arm for his mother.
He is dressed in a plate armor breastplate with a helmet. He has a mace.

Tondbert:
Tondbert is tall (188cm) muscular (85kg) and 17 years old, with black skin, brown hair and blue eyes. He has a goatee.
He is dressed in a sacking shirt and has a sword with a gold hilt.

Background:
They are travelling through a forest on train tracks, with snow all around.

This scene could be shown in comic-fantasy form (ie. Caricatures) or possibly silhouette.

A recent book cover contest where I admired the result is here:
http://99designs.no/book-cover-desi…ess-189946

I am open to depictions of other scenes from the book, or even something simpler. Usually, I have prefered covers where the design is simple and not too cluttered.

Create a captivating cover for a big-concept military science fiction novel
US$ 799
I write far-future military science fiction novels with a scope and feeling similar to Frank Herbert's DUNE or Iain M...
120
entries
29
designers
The Despicable Mr. Altright
US$ 299
30
entries
9
designers
Young Isambard - create cover design for the next Harry Potter
£ 339
Self publish novels Target audience (of current series) is "Young Adult"/"Middle Grade" (Male and Female age 10 to 1...
101
entries
19
designers
I have an awesome sci-fi book! can you make an awesome scifi book cover?
US$400
Need a kick-butt book cover for the second book in my post-apoc sci-fi series. Are you a scifi artist? Jump on in!
127
entries
25
diseñadores
Design a book cover that captures the wonder of an eccentric alien library spacecraft
400 US$
78
entries
9
diseñadores
book cover for a thriller : "THE DEAD NIGHT SHOW"
€ 327
Cover design for a german thriller situated in vienna.
140
entries
24
designers