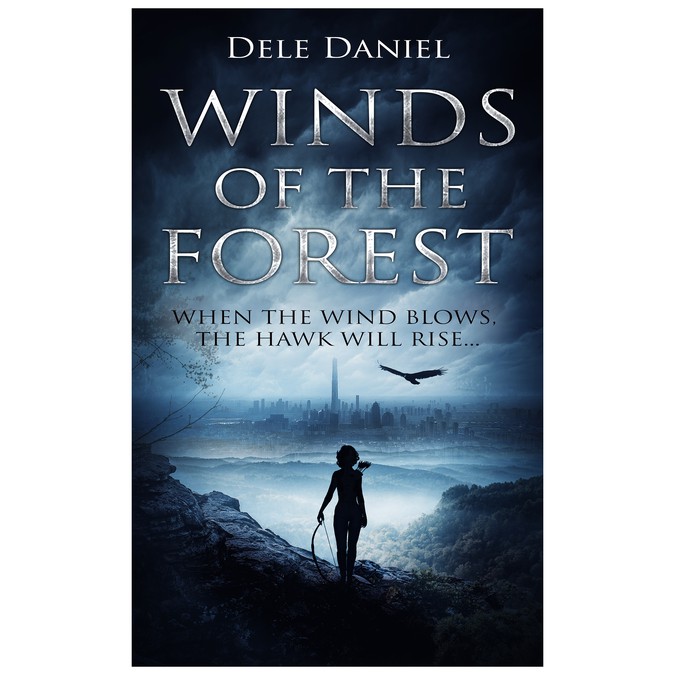 Design the next YA bestseller. 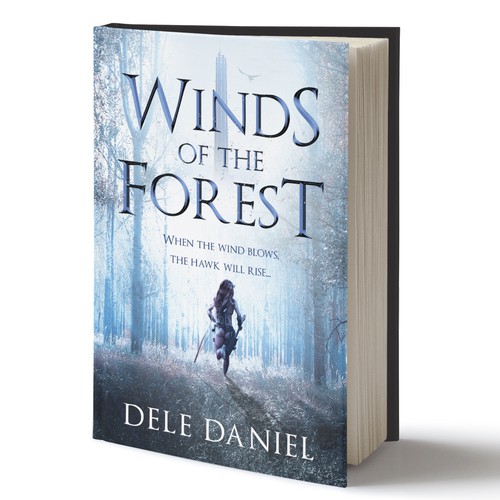 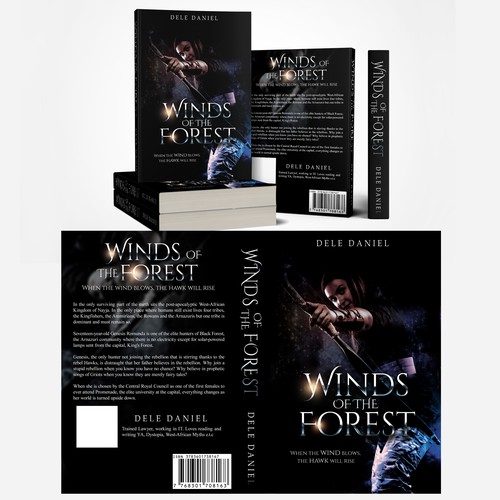 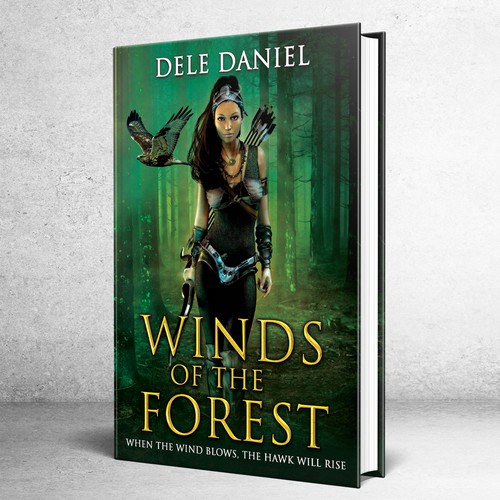 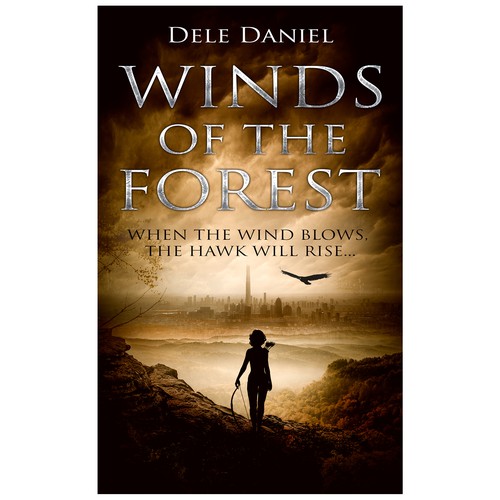 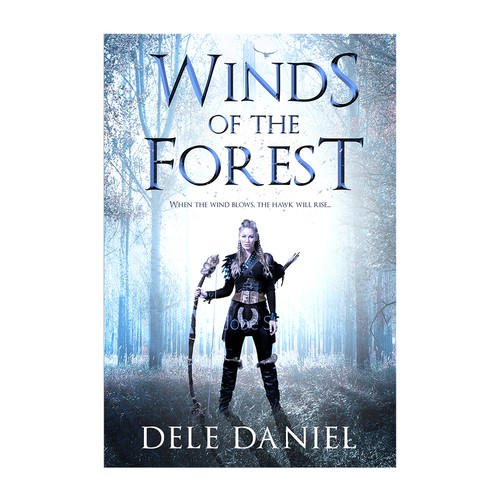 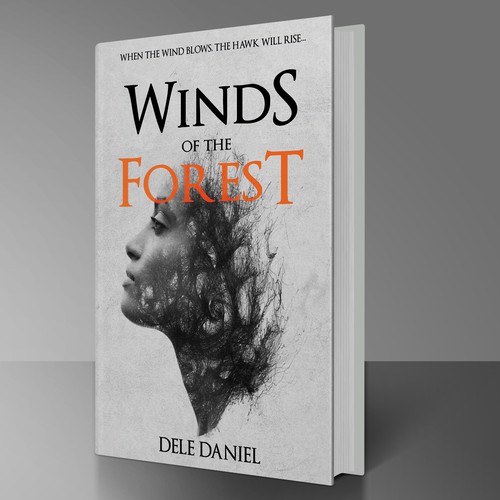 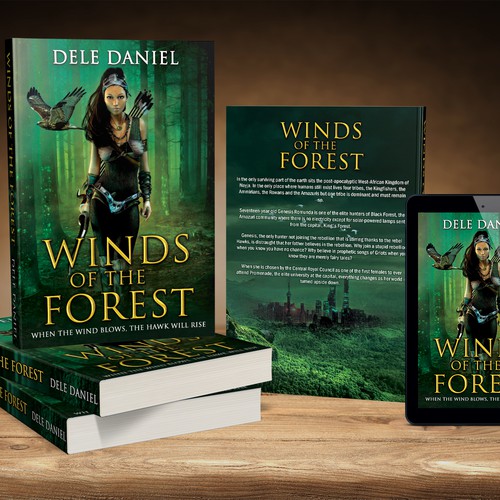 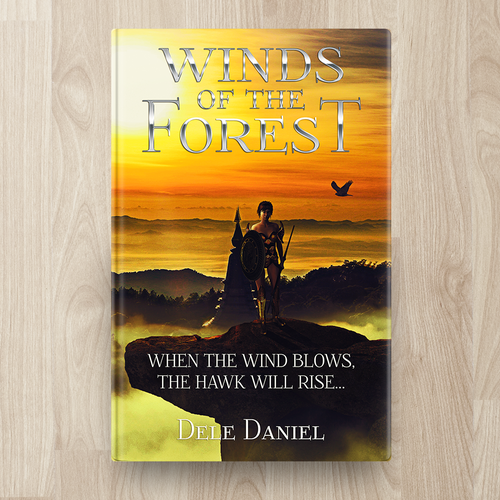 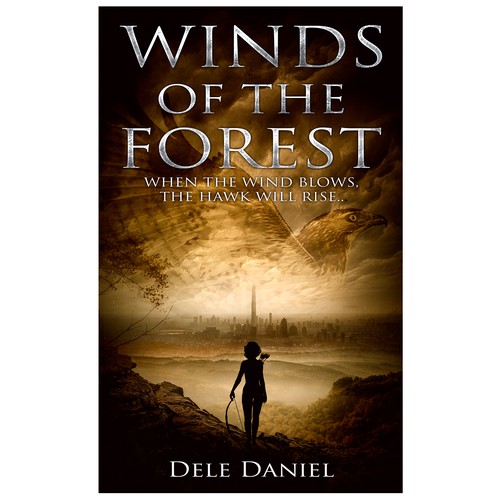 Winds of the Forest

In the only surviving part of the earth sits the post-apocalyptic West-African Kingdom of Nayja. In the only place where humans still exist lives four tribes, the Kingfishers, the Ammirians, the Rowans and the Arnazuris but one tribe is dominant and must remain so.

Seventeen-year-old Genesis Romunda is one of the elite hunters of Black Forest, the Arnazuri community where there is no electricity except for solar-powered lamps sent from the capital, King's Forest.

Genesis, the only hunter not joining the rebellion that is stirring thanks to the rebel Hawks, is distraught that her father believes in the rebellion. Why join a stupid rebellion when you know you have no chance? Why believe in prophetic songs of Griots when you know they are merely fairy tales?

When she is chosen by the Central Royal Council as one of the first females to ever attend Promenade, the elite university at the capital, everything changes as her world is turned upside down.

You can use those as inspiration. But still feel free to express yourself.

book cover for a sacred chant that changes lives
299 USD
people in the United States, Canada, England, Australia, and New Zealand who want to chant Japji or who want to dive mor
34
entries
9
designer
Create a compelling book cover for Hungry for Wholeness
US$ 399
18-80 year-old men and women who have experienced absence or estrangement with their fathers AND/OR fathers who have bee
227
entries
23
designers
Design a cover for a quirky, off-beat book of life and career advice for idealistic young leaders
499 $US
People working in the nonprofit world--employees and leaders in charities, foundations, government agencies, faith-based
176
entries
47
designer graphistes
Design and Illustration with sweet typeface for Vancouver Book Cover
399 $CA
North American Men and Women aged 19-54 who are into music, foodie culture, stand-up comedy, dark humor, indie films, ar
59
entries
9
designer graphistes
Cavities No More
CA$529
The book is primarily aimed at parents of young children. Anyone involved with the care of children. Nurses, public heal
95
entries
25
デザイナー数
InsideOut - Creation Speaks!
US$ 329
The target audience is usually 30-60 yrs old and either "outdoorsy" or "hippyish".
51
entries
22
designers

Jetzt starten
New Cover for Amazon Bestseller Dystopian Book "Fever Rising"
$499
Young/New Adults into dystopians and sci-fi/fiction.
58
entries
14
デザイナー数
Book design for: How to Live a Normal Life in an Extraordinary World
539 AU$
Seekers, searchers, question-askers, the curious, unsettled and those exploring change.
47
entries
16
Designer
Design a book cover about a high profile murder trial
199 $US
Lawyer and lay folks from high school thru retirement who want to know how the prosecutors and the justice system failed
36
entries
16
designer graphistes
Striking Book Cover for a Memoir
AU$ 269
18+ men and women mainly Australia, Europe and US will have a Christian overtone
63
entries
23
Designer
Book Cover Design for a Fantasy Novel about Mermaids
€359
This book will be read by French speaking readers, mostly womens, between 20 and 35 years, maybe more.
49
entries
24
デザイナー数
Book cover for non-fiction
US$ 199
79
entries
26
designers
Erfahren Sie mehr über buch oder zeitschriften cover Design
So funktioniert's