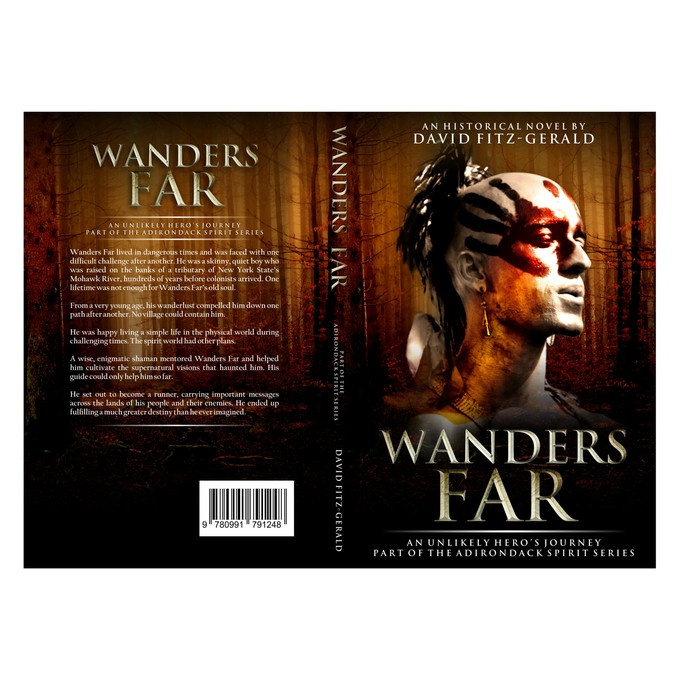 Design a book cover for a historical novel 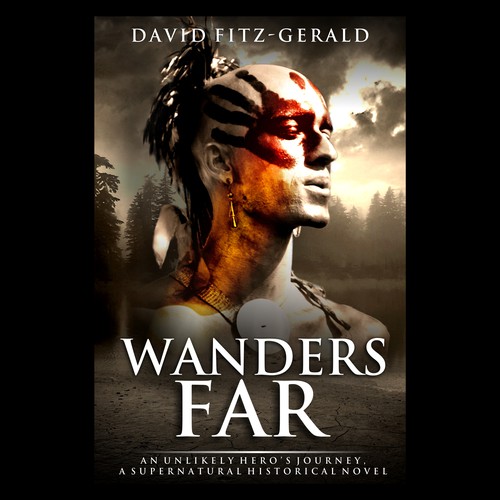 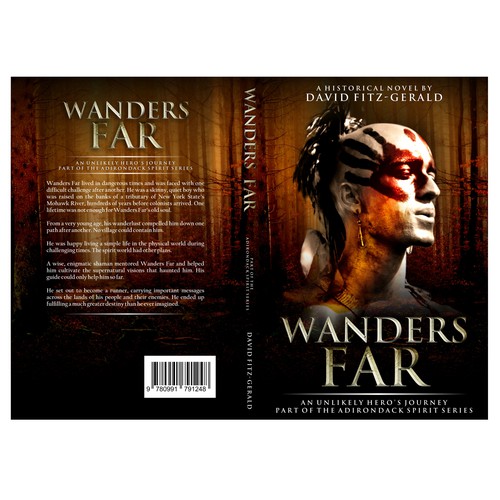 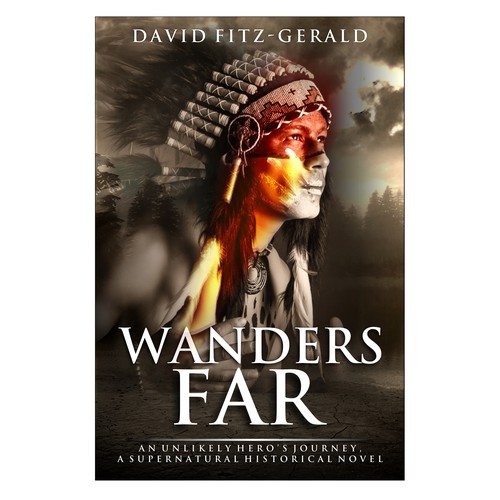 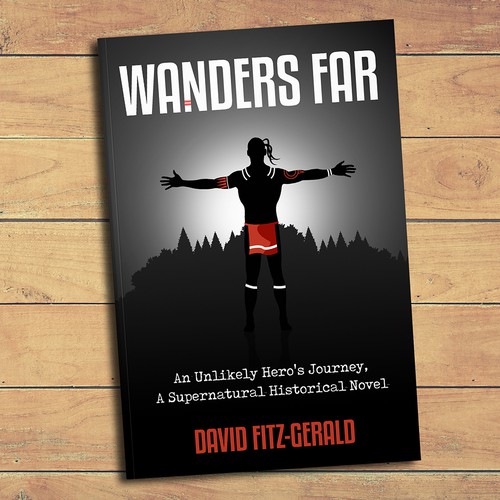 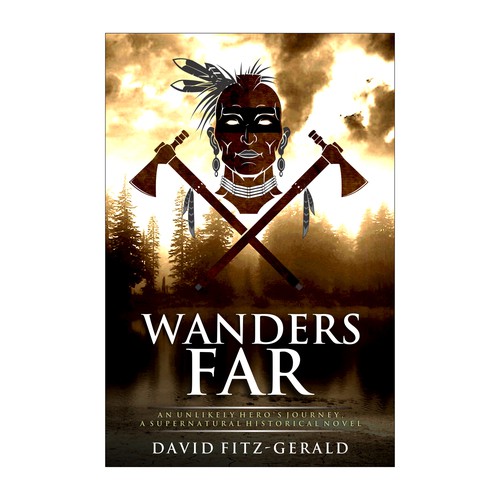 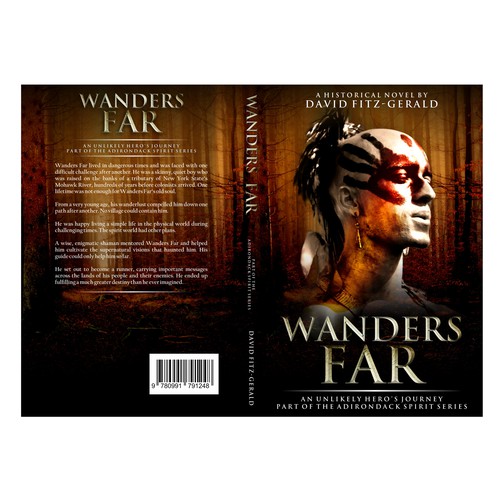 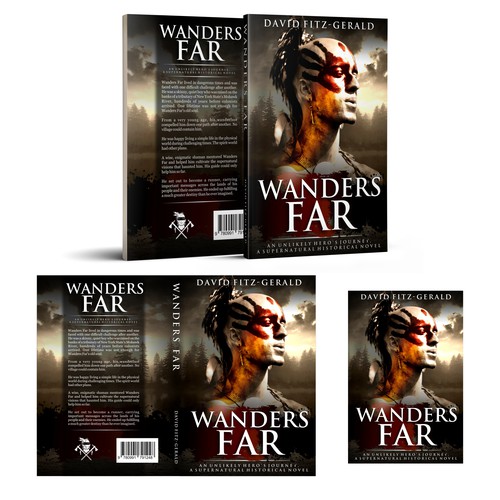 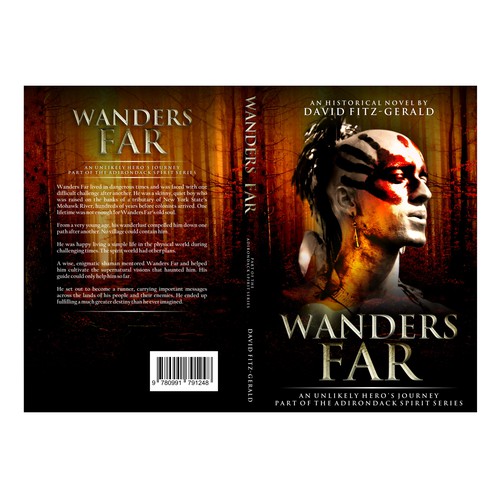 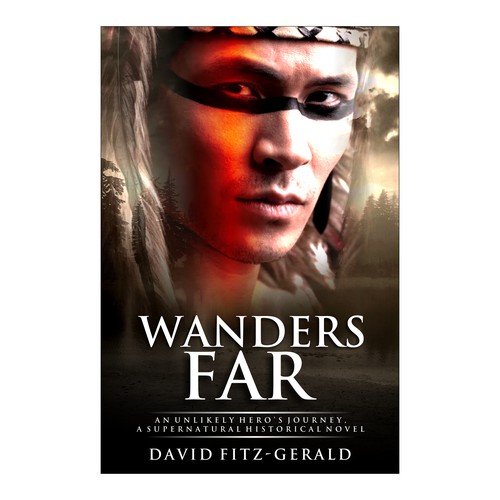 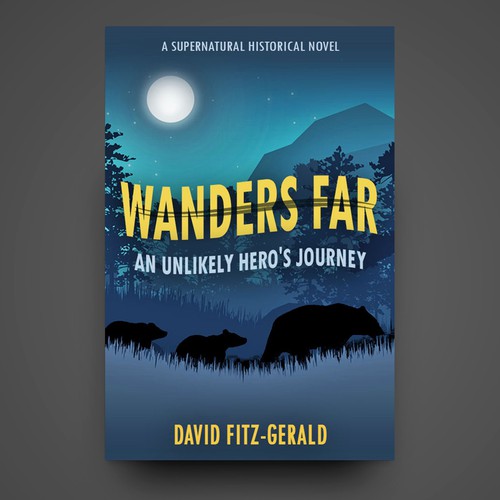 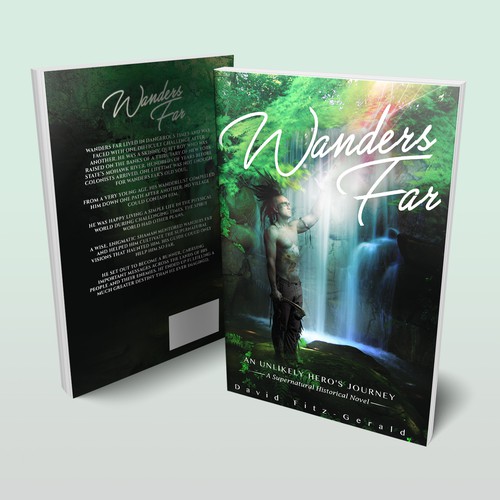 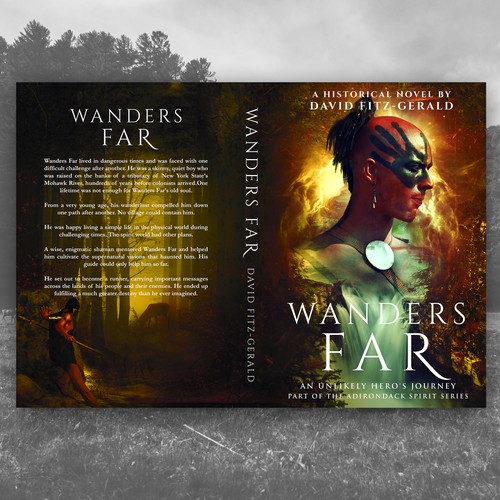 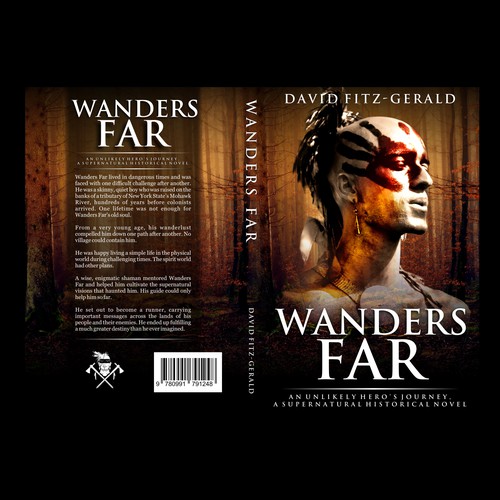 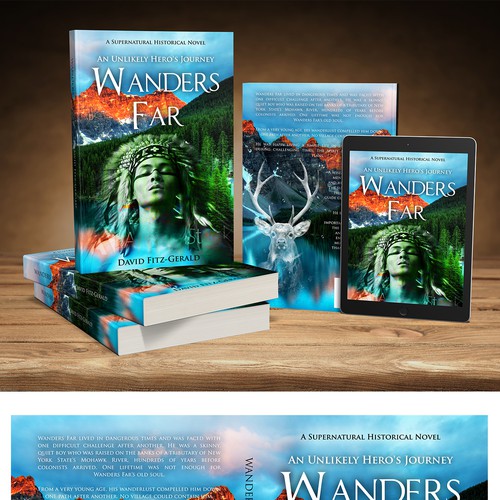 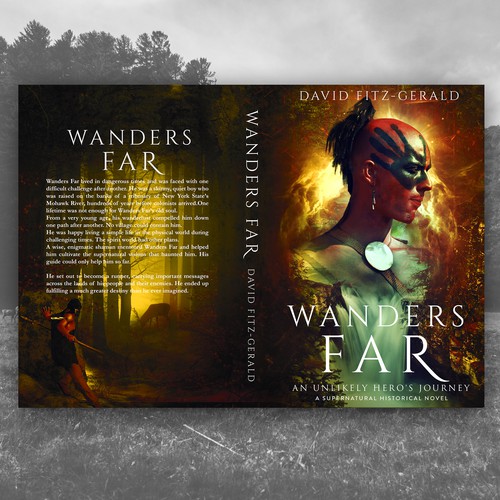 No author photo or bio on book cover or back

Wanders Far lived in dangerous times and was faced with one difficult challenge after another. He was a skinny, quiet boy who was raised on the banks of a tributary of New York State’s Mohawk River, hundreds of years before colonists arrived. One lifetime was not enough for Wanders Far’s old soul.

From a very young age, his wanderlust compelled him down one path after another. No village could contain him.

He was happy living a simple life in the physical world during challenging times. The spirit world had other plans.

A wise, enigmatic shaman mentored Wanders Far and helped him cultivate the supernatural visions that haunted him. His guide could only help him so far.

He set out to become a runner, carrying important messages across the lands of his people and their enemies. He ended up fulfilling a much greater destiny than he ever imagined.

6X9 Paperback. The words Wanders Far should be in the biggest size font. The words An Unlikely Hero's Journey should be located near that. The words A Supernatural Historical Novel could be smaller/much smaller. My name as author should be there, but doesn't need to be prominent-it won't sell books. If the cover did not feature the title character, it could feature black bear/(s) in the distance. There is a "great white stag" in the book, so that could be on the cover. There are many scenes with woodland waterfalls, so that would work. I have pictured in my mind a clearing in the foreground, and a game trail or herd path entering the woods from a clearing. All that said, I'm open to anything that feels like it fits and makes people want to judge the book by the cover.

It should not look like a romance novel, however the protagonist could and maybe should be shown on the cover-perhaps set in his environment. He should not look like a Native American from the plains or southwest region, but rather from the eastern woodlands.
The book is Pre-Columbian, so it should not feature guns, horses, iron pots, or anything else that Native Americans would have gotten from contact with Europeans. The Iroquois lived in longhouses and sometimes stayed in wigwams but not teepees. Though it is a historical novel, I don't want it to look like it was written a long time ago. It should look modern, not dated, even though it is a story about people who lived 900 years ago.

Book Cover for Novel: Red Sky at Morning
$ 399
Men or women who like thrillers; Individuals who like biblical prophecy; Readers who enjoy espionage and military novels
49
entries
11
Designer
Shallow Water Romance
749 $
Usually, women between the ages of 18 and 60.
295
entries
78
Designer
Design book cover in Russian
299 US$
Most of the readers are well educated women 30-50 age old, with interest in self-help, psychology, spirituality and New
34
entries
5
designers
Need a retro design for my book about the pipelines in Alberta.
CA$ 529
The people who are going to read and enjoy this are people interest in turn story fiction. People interested about what
51
entries
11
designers
The Culprit
529 CA$
35 plus cat lovers and fans of true story satirical writing.
168
entries
50
Designer
Wind Apocalypse--A tornado, a road, a speeding car, a wasp. Easy!
299 $US
Young adults age 17 to 21, and all adults interested in futuristic apocalyptic novels about climate change and artificia
53
entries
18
designer graphistes