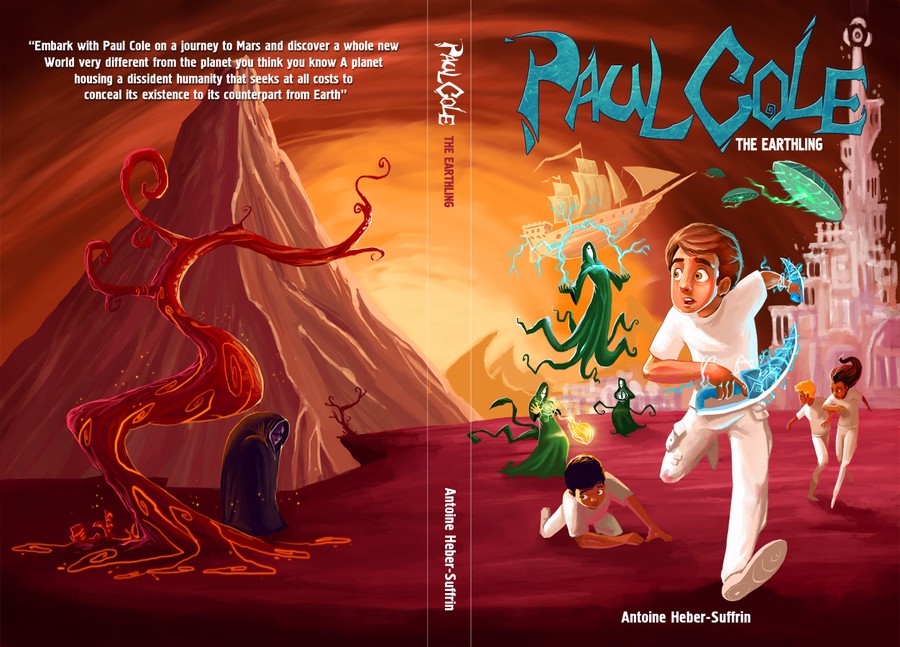 Design a bestselling cover for a new teen adventure taking place on a Terraformed Mars! 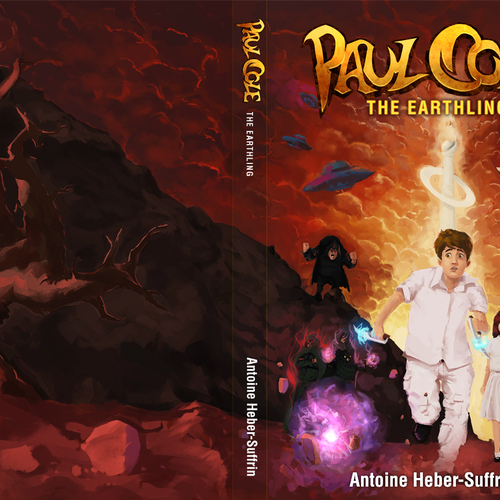 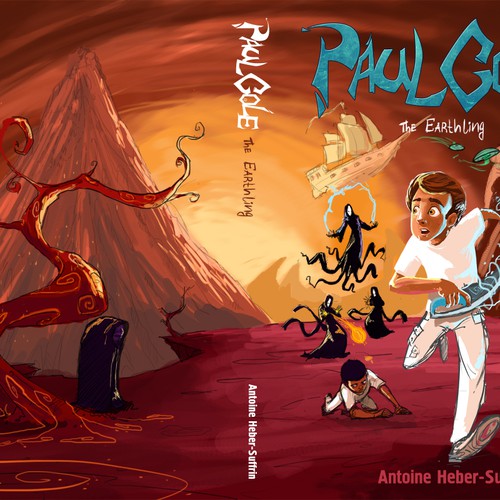 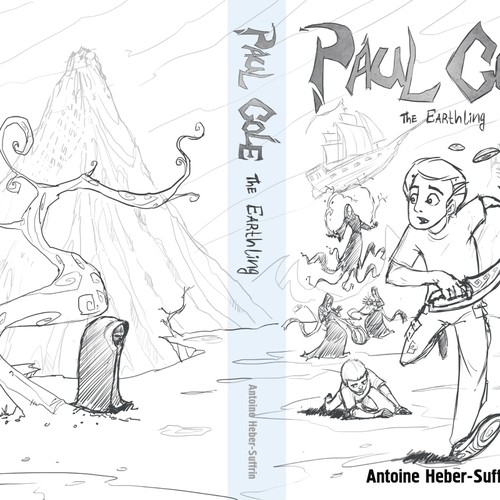 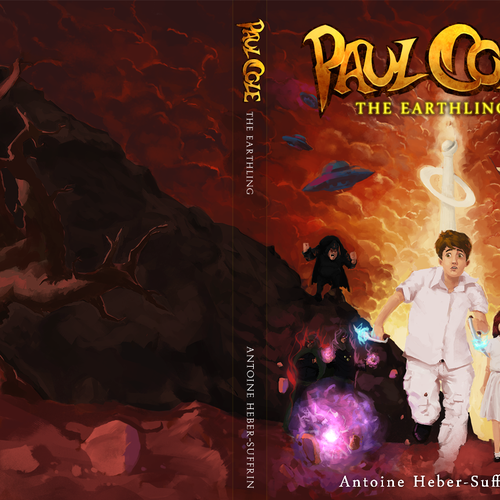 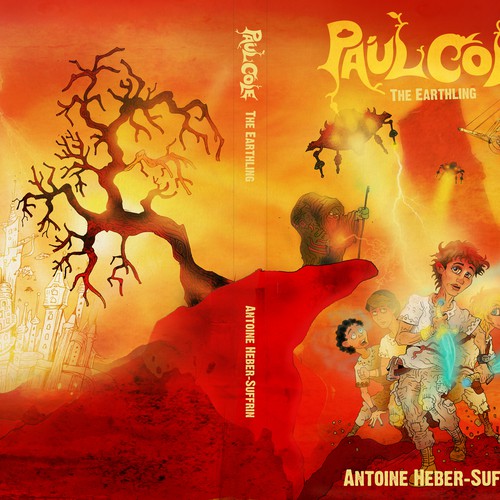 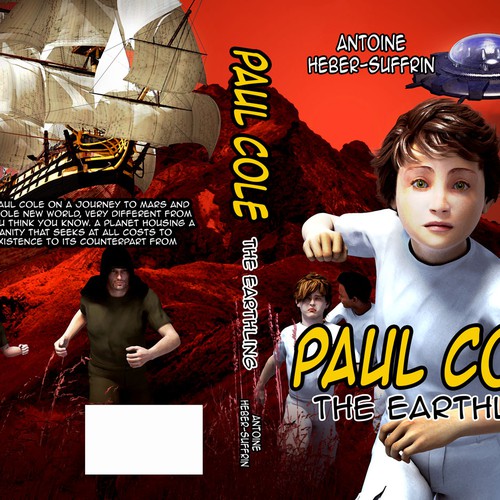 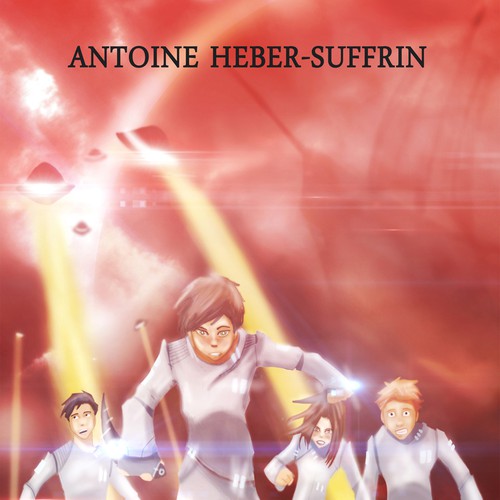 I want to create a nice cover for the first book in a series targeting young readers (12-16) about an ordinary 12 year-old boy named Paul Cole who discovers the existence of an exiled humanity living on a terraformed Mars. This humanity uses its extraordinary mental abilities to stay away from its bellicose cousin on Earth, conspiring to make earthlings believe that Mars is cold, red, dusty… Dead. Convinced that his father disappeared after making contact with this new Humanity, Paul embarks on a dangerous adventure to the red planet where he tries to blend into the new way of life.

The book is an adventure taking place on a terraformed Mars planet, where people fly around in small saucers and can use magic-like abilities allowed by their powerful minds. Paul Cole will follow the training of a regular martian child, learning the codes, makind new friends and developping his brain while investigating what seems to be a huge plot to get rid of the humanity on Earth.

Here is what I had in mind for the cover, but feel free to be creative with these guidelines.

Title : PAUL COLE - The Earthling
(find a way to make “Paul Cole” stand out. This is the first book in a PAUL COLE series and they will all start with this brand). See Blart for inspiration.

Paul Cole depicted in the foreground, running towards us, eyebrows raised in surprise. He is a 12 year-old boy with brown hair and golden eyes. He is dressed in white pants with several pockets and a white shirt with short sleeves (white is the color of beginners in the Martian society). Ideally he holds 2 small daggers with curved blades and a small blue halo around them.

Behind him we can see what he is running from, the main elements of his new martian life and adventure: his friends (2 boys and a girl, dressed in white. one boy looks unhappy). Small hostile martian saucers in the sky, a white 18th century sailing ship flying, a few threatening martians wearing dark green hooded mantles, a threatening hunchback wearing a black outfit. You can also put a high dead volcano in the background (Olympus mons), and/or the outline of a majestic greek-like white city.

The background of front cover should continue here.

Story blurb:
Highlight this part: “Embark with Paul Cole on a journey to Mars and discover a whole new World, very different from the planet you think you know. A planet housing a dissident humanity that seeks at all costs to conceal its existence to its counterpart from Earth.”

below put some placeholder text for a Paragraph describing the story.

I have a preference for drawings (the book is for teens) but feel free to experiment with other ways of depicting Paul and his new environment. The cover art must scream Adventure, action and surprise with the elements listed above (saucers, magic effects (firebolts for example), a flying white 18th century sailing ship, ). If you can find a creative way to let readers know that the story takes place on a terraformed Mars, it’s even better!

Novel is a 6’’x9’’ ebook and softcover. It should be designed to fit Kindle best quality image requirements, 1563 by 2500 pixels. I will need the PSD for translation in other languages.