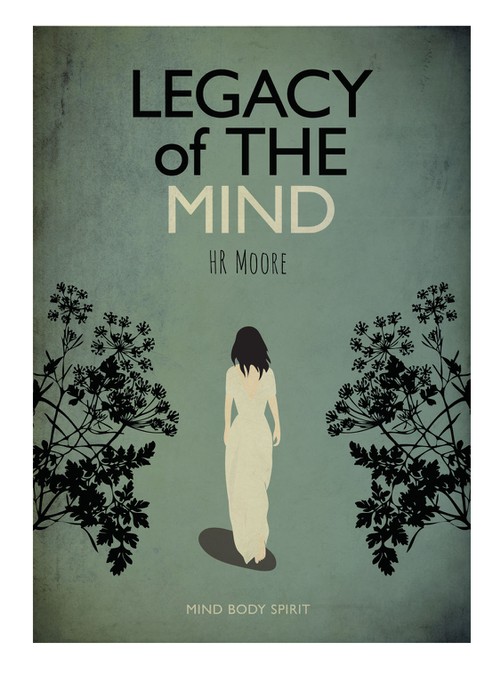 Create a stand out cover for the first book in an exciting new fantasy trilogy. 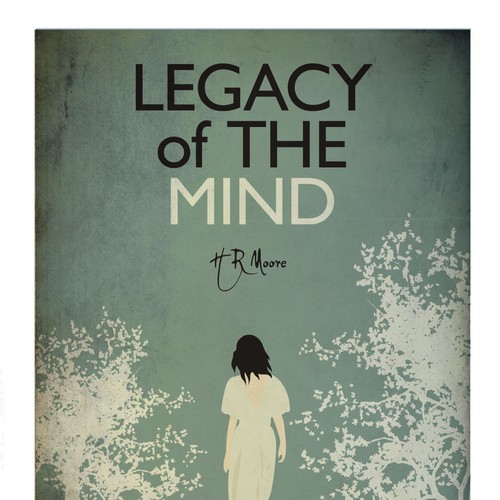 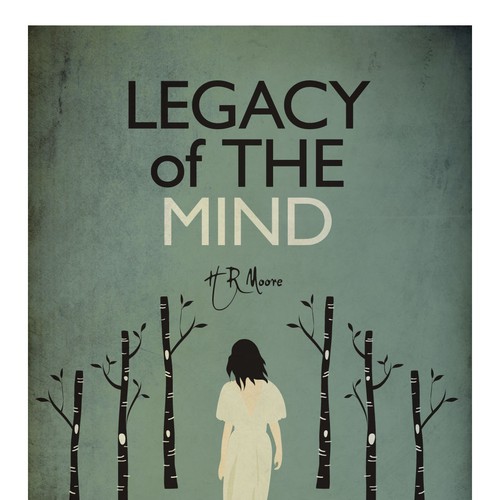 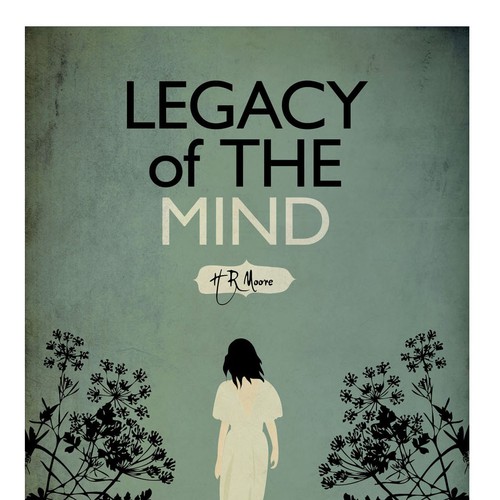 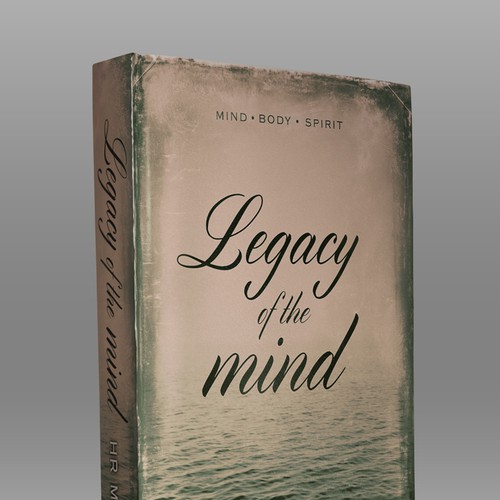 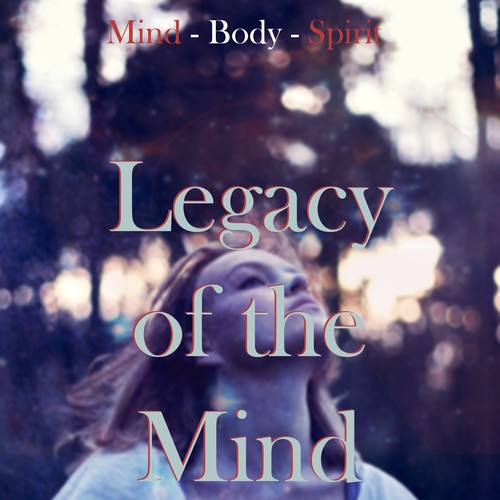 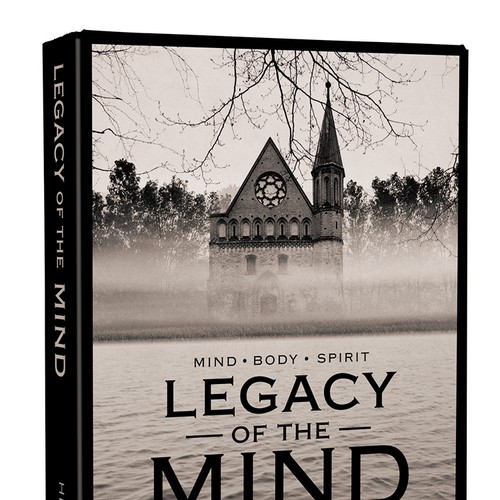 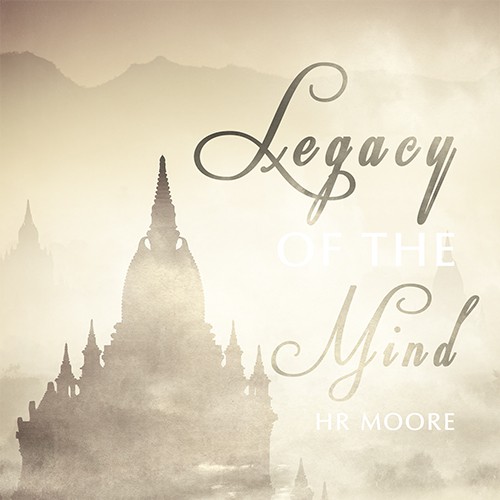 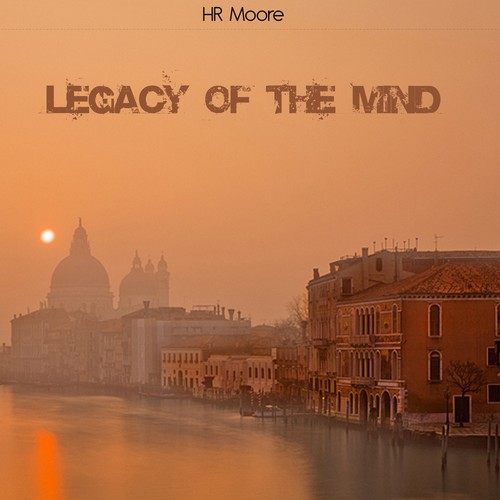 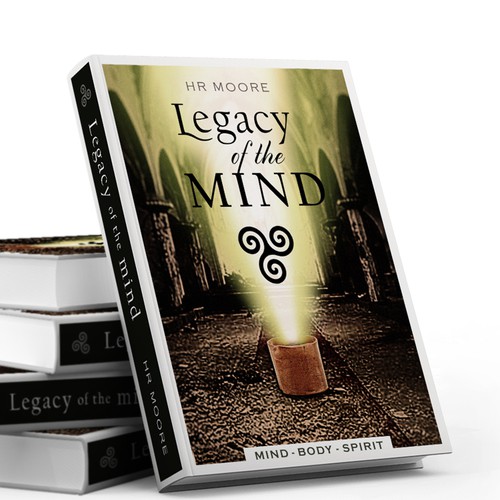 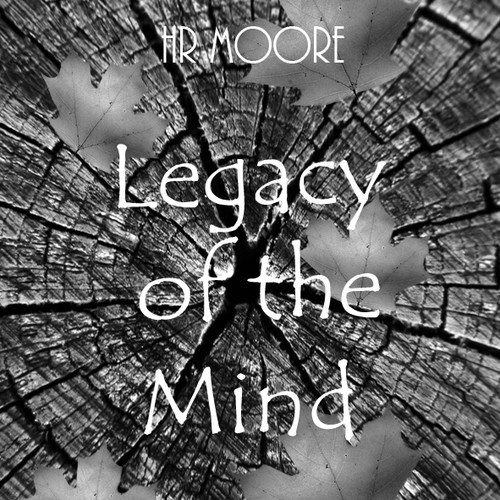 I'm an author of a new adult romantic fantasy trilogy. My target audience are women between the ages of 16 and 25.

Cover brief:
My debut novel, Legacy of the Mind, needs a stand out cover that will pull people in and capture the imagination. It needs to jump out as a thumbnail on Amazon's Kindle store and should look clean, professional and intriguing.

It should include the following:

Ideally the cover would be able to work well in a series as this is the first book in a trilogy.

How people should feel when they see the cover:

Potential readers should feel a sense of romance when they see the cover, like when you see something old and beautiful; a cobbled street or a derelict church, but at the same time they should feel drawn in, like there is something uncertain just beyond the surface.

The cover should transcend the classic romance genre (I'm not overly keen on people taking up the whole cover), represent both the romantic and fantastical elements contained in the book, and most importantly should make people want to buy my book!

The contest is guaranteed and blind.

For more of a feel of the book, visit my Pinterest page - http://www.pinterest.com/harrietjr/…y-trilogy/

Context - what the book's all about:
Legacy of the Mind is a fantasy romance novel (the first book in the Legacy trilogy) that brings a new concept to the fantasy genre; that people have skills split across three categories (mind, body and spirit) and using these skills they can just push the boundaries of what humans can normally do.

The concept of energy is central, both personal energy, and the energy at large in the world, and there is significant study into each. Each skill has an associated Temple, God, Academics, Councillors and ruling family (the Descendants), and the Descendants jointly rule the world.

The world has a prophecy where the Descendants must return a relic sent by the Gods in order to ensure energy stability for all time, however, when the fulfillment of the prophecy becomes uncertain, the world's population loses confidence, the energy dips perilously, and food supplies start to fail.

As the world teeters on the brink of crisis, Anita (the main character, a talented Body and Spirit) discovers a rogue object (a brass cylinder) in her subconscious. As she tries to uncover what it is and how it got there, she becomes embroiled in a struggle between two powerful groups, with two men seeking her affections, and begins to realise she's not who she's always been told she is.

Most important concepts / images that could inspire ideas - these don't have to be on the cover but are central concepts to the book:

Mind / Body / Spirit (could do some representation of this, or symbols for each area)
Temples
Energy
Descendants (could represent them by three family trees, or family crests)
The relic (looks like a big rock)
A brass cylinder
Countryside - especially centering around a river

Two covers I've seen that I think achieve the feel that I want to are:

A discovery of witches - http://www.amazon.co.uk/Discovery-W…004KA9VGA/

Create the book covers for HOT, new trilogy that is going global!
449 $US
My name is Andrea Smith and I have written a contemporary romance trilogy known as 'the Baby Series.' It is…
117
entries
31
designer graphistes
Create the next book or magazine cover for Big Muddy Books
US$ 350
I am a self-publisher
112
entries
39
designers
Design book cover for women's fiction novel "LIFE IN SPADES"
299 US$
Novel to be released this summer by new, independently published author, Frances Frost
116
entries
23
diseñadores
Help Green House Publishing LLC with a new book or magazine cover
US$299
We are a starter company publishing ebooks for download as well as audio books.
14
entries
4
diseñadores
Fun Cover Needed for Essay Book
US$ 299
I am a writer planning to self-publish a book of entertaining essays about family.
116
entries
17
designers
Moving book cover required for book about an orphanage in Romania
199 GBP
Ebooks...
442
entries
73
diseñadores

Jetzt starten
Design a scifi novel cover with elements of Arthurian legend
799 $US
The novel (and subsequent trilogy) is science fiction set in the modern day with elements of the thriller genre and myth
142
entries
31
designer graphistes
Sexy book cover for A Call to Heaven, by Jo Kessel
209 GBP
A Call to Heaven is a novel. It's commercial women's fiction with a paranormal twist....
102
entries
15
diseñadores
Create a bold fantasy YA cover for the second book in a series
£ 209
I publish my fantasy series for YA readers, and mentor other fiction authors to their success....
75
entries
13
designers
Space Opera Book 2 ebook cover
US$ 299
Produce speculative fiction novels across multiple specific genres....
43
entries
9
designers
Design front and back cover for post apocalyptic young adult novel (series)
799 $US
Post apocalyptic young adult thriller...
58
entries
18
designer graphistes
Supernatural Thriller Book Cover
$ 299
Write Paranormal & Supernatural Romance Novels for readers of the genres or sub-genres....
37
entries
10
Designer
Erfahren Sie mehr über buch oder zeitschriften cover Design
So funktioniert's