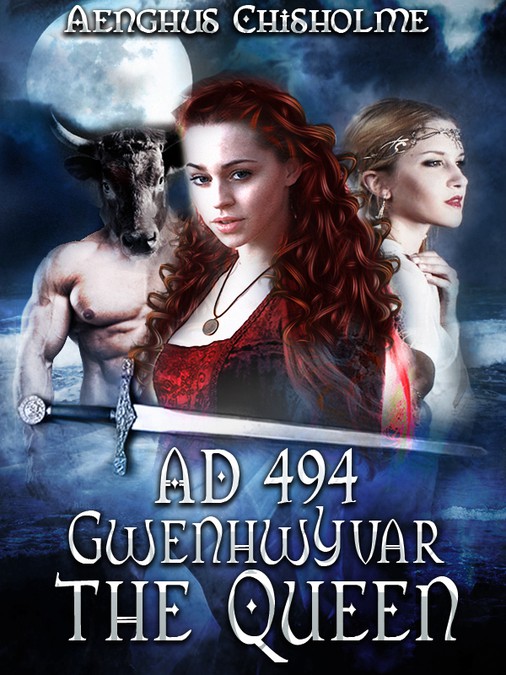 Create the next book or magazine cover for Aenghus Chisholme 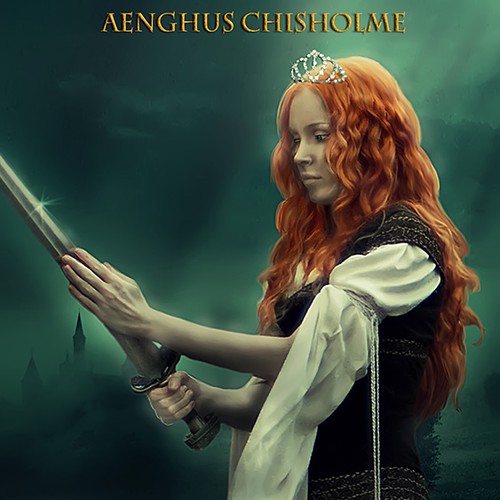 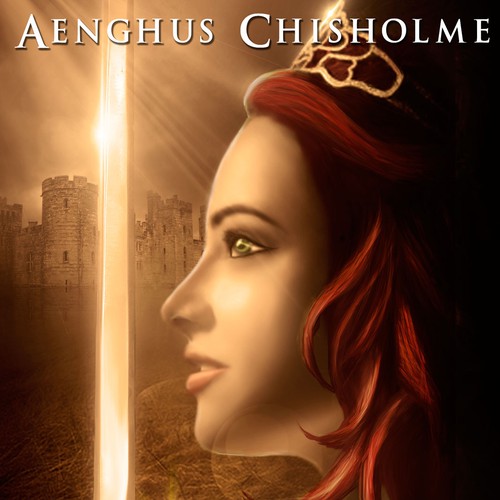 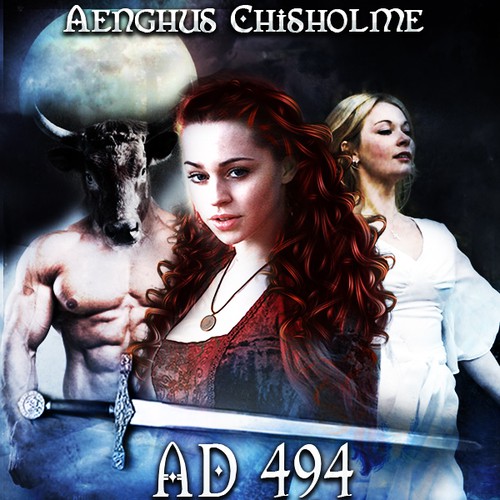 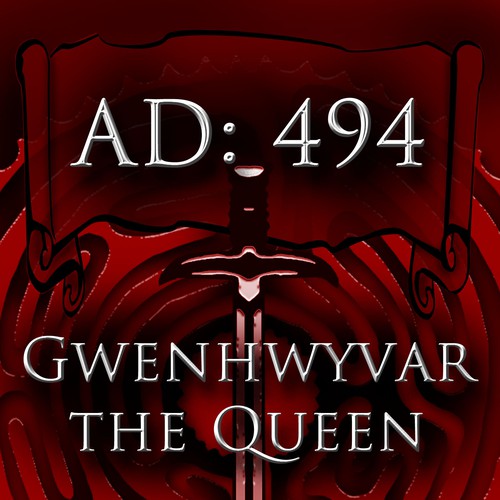 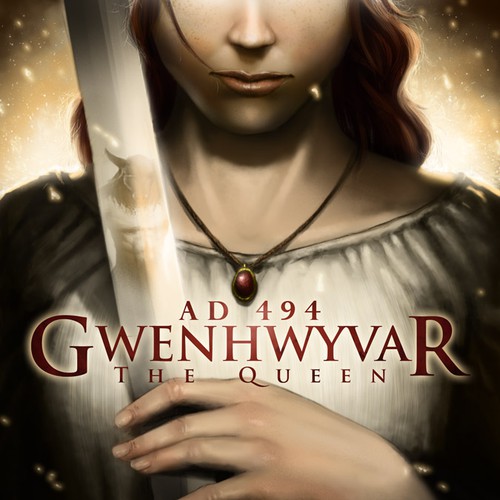 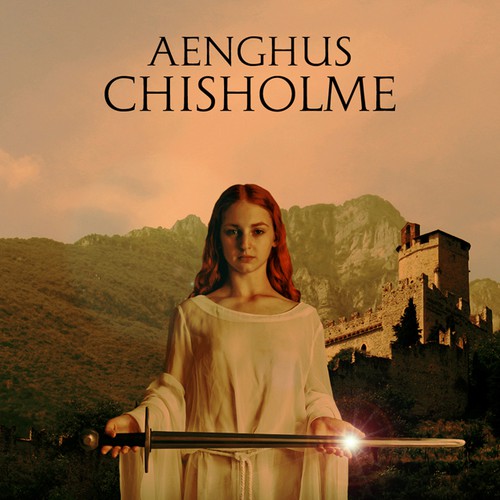 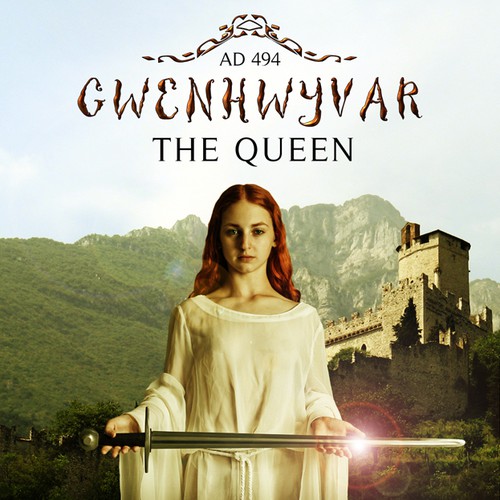 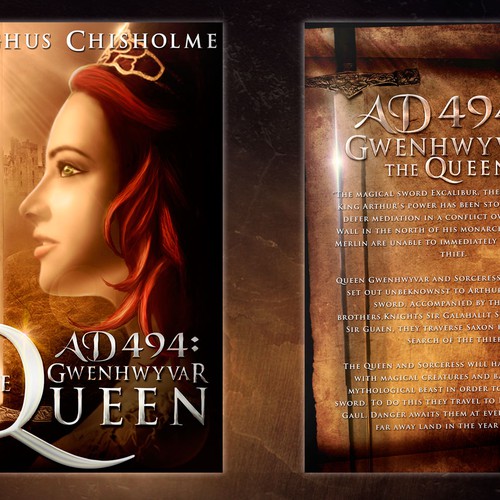 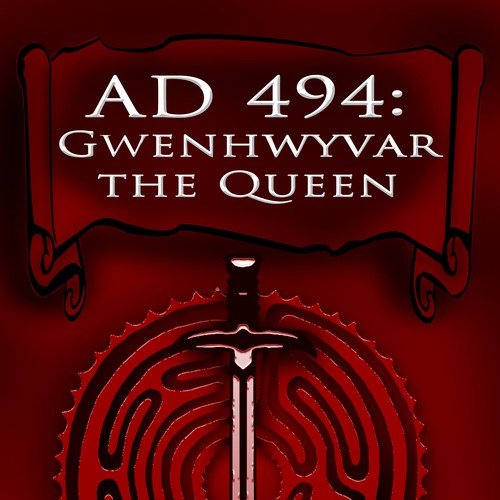 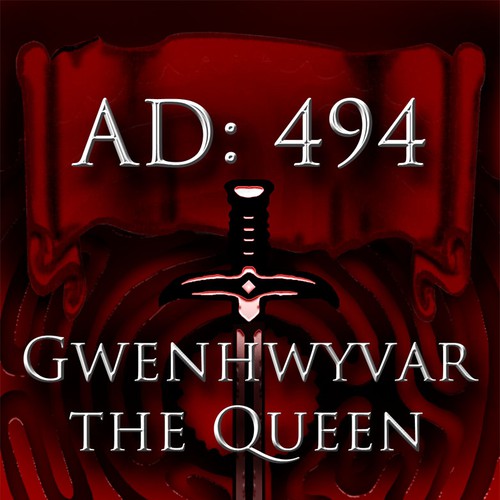 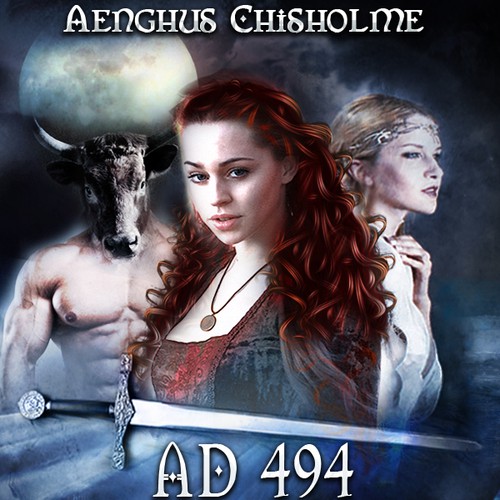 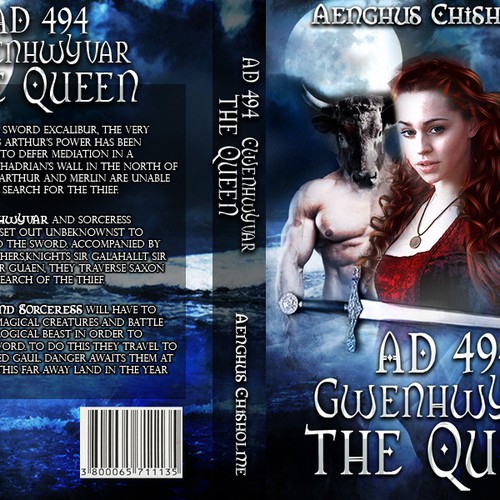 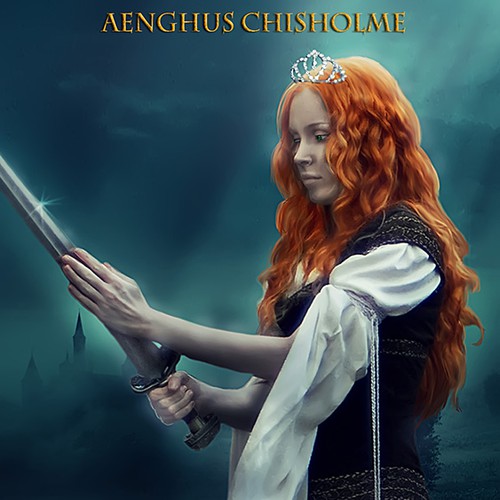 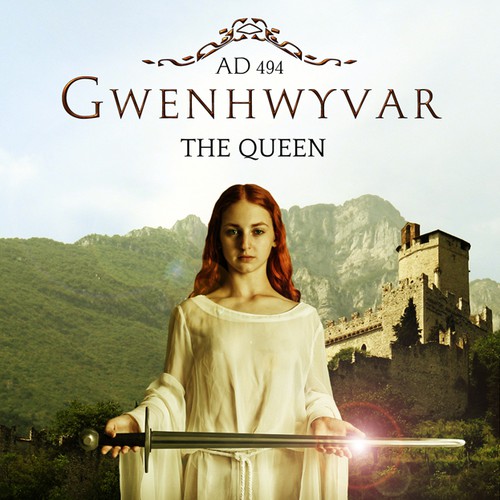 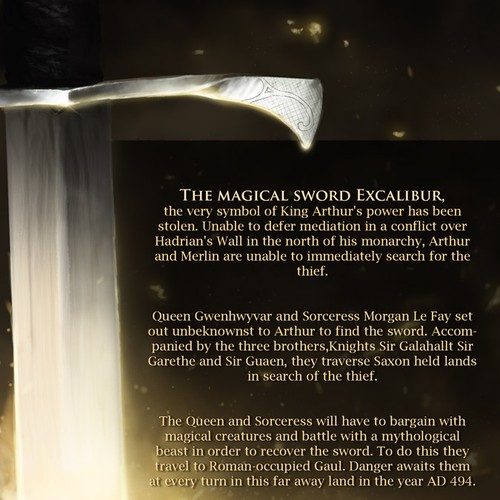 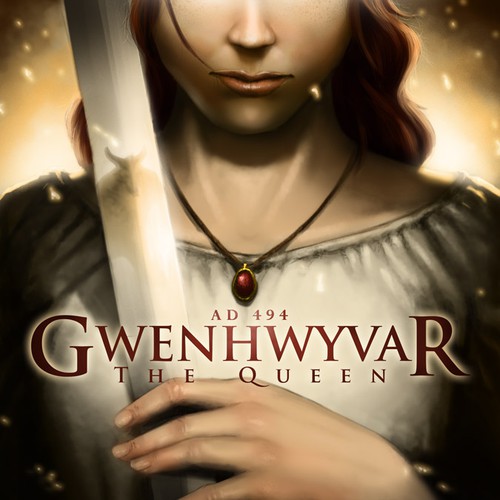 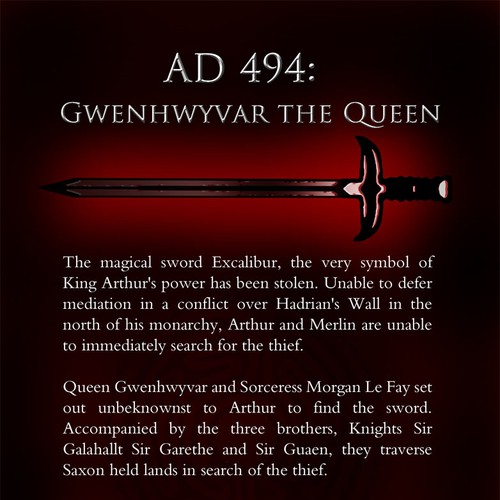 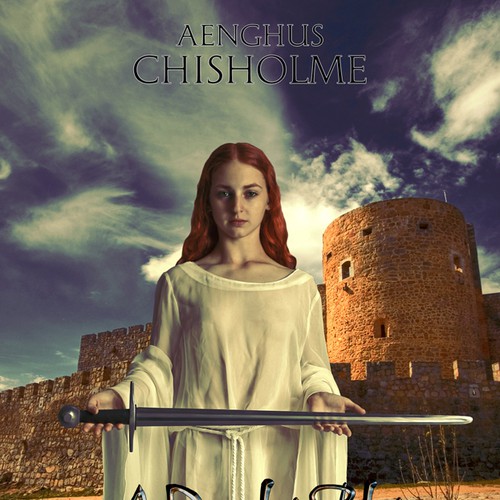 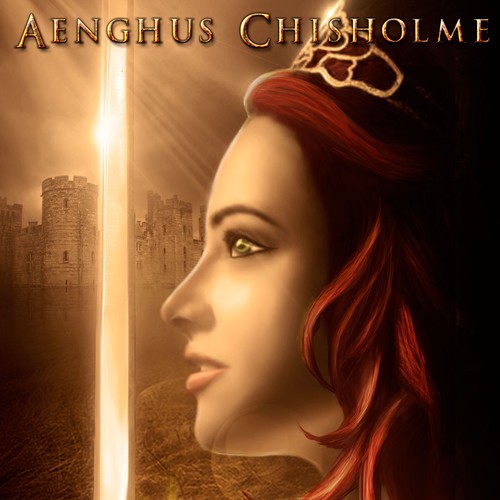 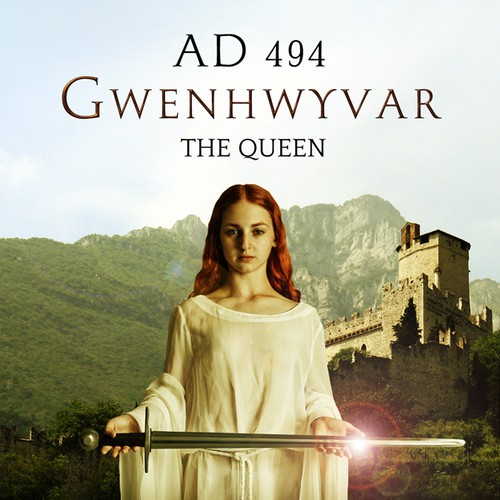 eBook Cover for a Fantasy Novel. The second in a series. Unlike the first book in the series, this will not be going to print. It shall remain as an eBook.
AD 494: Gwenhwyvar the Queen.    Aenghus Chisholme.
Pronounced Guinevere. This novel centers on Queen Gwenhwyvar and Sorceress Morgan Le Fay on their journey to recover the stolen sword Excalibur, symbol of King Arthur's power.
This eBook cover needs to look good as a thumbnail, in full colour and in B&W display as well. Example imagery from the novel you may like to avail yourselves of, chose what you feel is the strongest image, don't try to incorporate all of the below:

A water-horse (Celtic mythological creature) that carries the Queen and Sorceress from Briton (Britain) to Gaul (France).

A Minotaur (Greek mythological beast) that holds the sword captive at the centre of his labyrinth.

Lady of the Lake: (Celtic mythological being), ethereal creature that lives in a lake and can take on any form. Dressed in silver silk. Ornate head gear. Youthful but thousands of years old.

The first in the series is available on Kindle, Google Play, Kobo, Nook etc for you to see the first cover. AD491: Merlin the Sorcerer.
No need to have the same font. I don't need my name to be overly big as is so common with novels nowadays. the imagery and font sizes from the first cover are a good guide for what I am looking for.

Back Cover Amble (Google Play insists on a back cover as well):

"The magical sword Excalibur, the very symbol of King Arthur's power has been stolen. Unable to defer mediation in a conflict over Hadrian's Wall in the north of his monarchy, Arthur and Merlin are unable to immediately search for the thief.

Queen Gwenhwyvar and Sorceress Morgan Le Fay set out unbeknownst to Arthur to find the sword. Accompanied by the three brothers,Knights Sir Galahallt Sir Garethe and Sir Guaen, they traverse Saxon held lands in search of the thief.

The Queen and Sorceress will have to bargain with magical creatures and battle with a mythological beast in order to recover the sword.  To do this they travel to Roman-occupied Gaul. Danger awaits them at every turn in this far away land in the year AD 494."

I've just loaded up an example of Gwenhwyvar's hair colour and wave. Hope it helps.