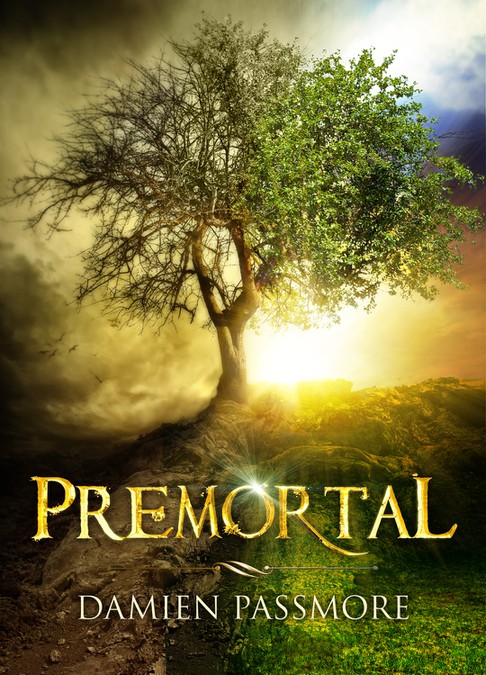 Create a design for a quality novel 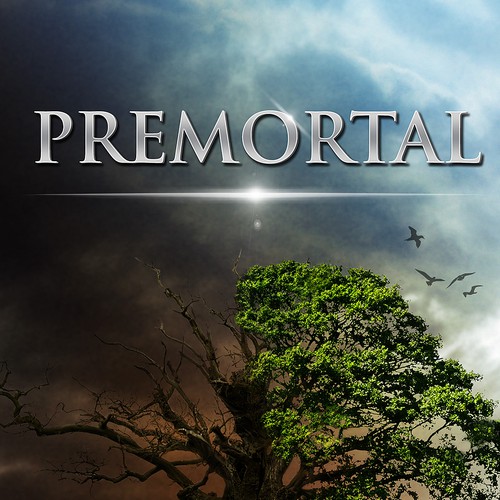 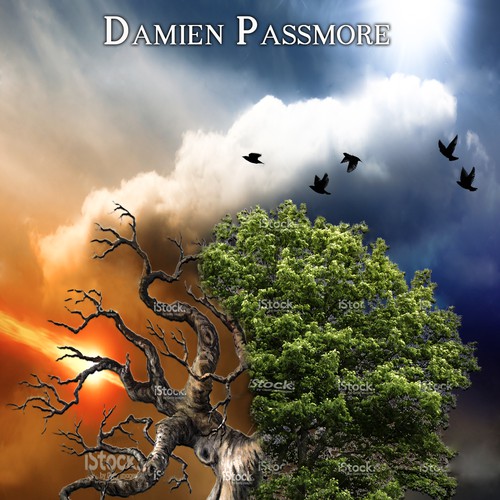 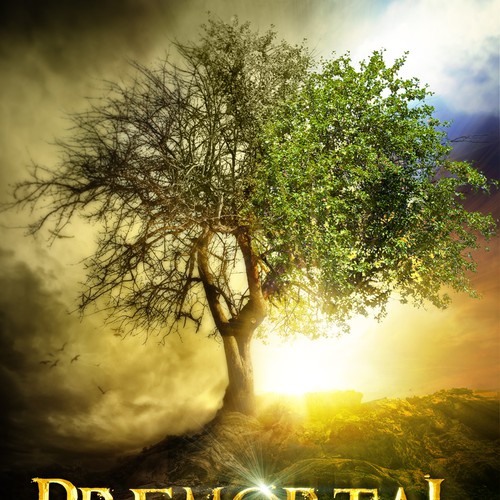 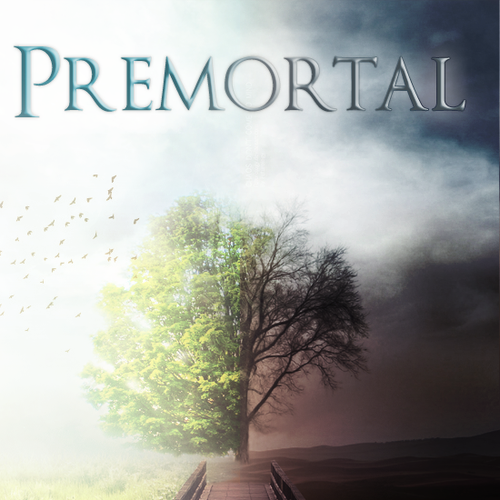 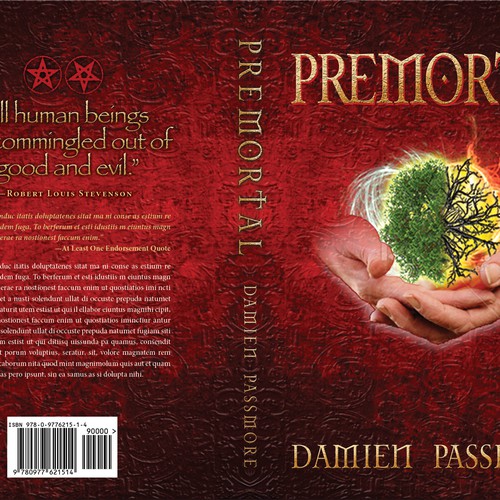 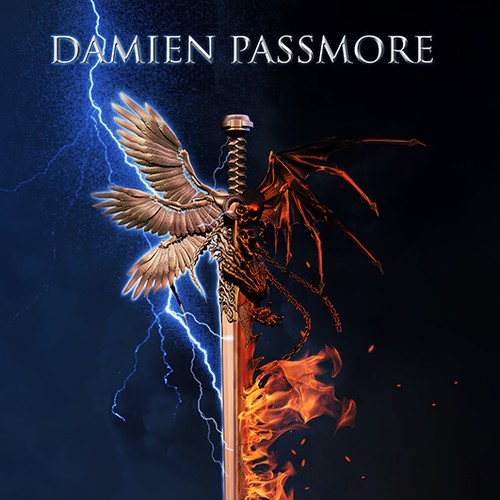 Production of fiction novels and associated products and services

The novel is called PREMORTAL

The story is a classic struggle between good and evil (think Lord of the Rings) and a key component of the setting of the novel is that light is representative of good, and darkness of evil.

The cover is to feature a tree that is representative of both good and evil.

One side of the tree is to vibrant and living with birds, small woodland creatures and/or insects.

In front of the two sides of the tree are to be the principal hero and villain of the novel.

The hero, standing in front of the living side of the tree, is to be brilliantly light. This character is a spirit, and although he is in the exact form of a man, he is more white/luminescent than a human being and is wearing white robes/clothes. A brief description of his features are:

6ft two inches, an impressive physical specimen with a pronounced and manly chin. In seeming contrast to his commanding physical stature however, are his soft blue eyes, and other features, which are gentle enough to highlight the kindness within his soul. His brown hair, parted in the middle, is short and well kept, reflective of his love of order and strict obedience to command.

Modesty of dress is an important theme of the book also so this character's clothes/garments, which are white, would at least cover to his elbows and knees.

This character should be looking straight ahead, such that the reader gets a feel for their honesty when looking at the cover.

The evil character, to be located in front of the barren side of the tree, is also a spirit but this time he is dark grey/black, with evil features and a sneered look.

Again this character, although being in a spirit, is in the form of a man, but the darkness of his person is not a racial brown or yellow, rather it is derived from the darkness of his deeds, which darken his countenance further with each fresh evil.

His darkness (which does not have to be completely black but could be) is to contrast the whiteness of the hero.

The physical description of the evil character is:

Medium height with black hair and dark eyes. He has a sharp nose with a thin but prominent chin. He has a brutal look about him and both his face and body look pinched, as though his hunger for evil is having the same effect upon him as a mortal hunger for food. His shoulders are also rounded as if his person is being impacted by his heavy conscience.

This character should be facing straight ahead also but his face should be twisted such that he is looking at the hero with an evil sneer that distorts his face and is reflective of the hatred he feels for his enemy (and for all others).

At the top of the cover should be the authors name:

The name of the book, PREMORTAL, should be in capitals in the bottom part of the cover

Create an irresistible book cover design for Sascha Martin's Time Machine
A$ 299
I write books for children....
7
entries
5
designer
Self-Help for Super Villains - Electronic and Hardcopy Book Cover
CA$ 299
Subtitle. “Self-Help for Super Villains” is a fun, charismatic piece of short satirical fiction, combining aspects o...
13
entries
7
designers
Create a captivating cover design for upcoming sci-fi & fantasy novel, THE ONE-EYED KING
299 US$
My media company creates compelling infotainment, i.e. informative and entertaining stories (poems, short stories, etc.)
41
entries
7
diseñadores
YA Superhero Book Cover
US$ 299
My book is a YA superhero novel about what happen when it's the popular good looking teenager who gets super powers a...
13
entries
4
diseñadores
In My Head - A new novel by Sabrina Winters
299 US$
Author of fiction novels. My target audience would be teens and young adults....
24
entries
8
diseñadores
Create a striking book cover for a book that will make literary history
299 $
"We Are All Blue" marks the first time drama/theatre by a playwright from Botswana will be published!
103
entries
19
Designer