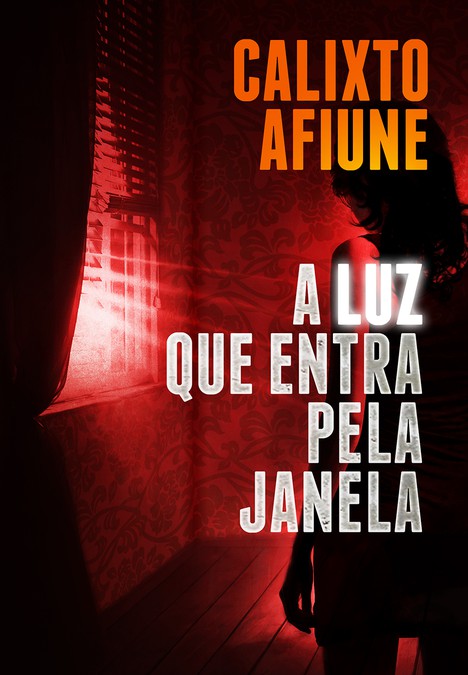 Create a Best-Seller Cover for my new Thriller! 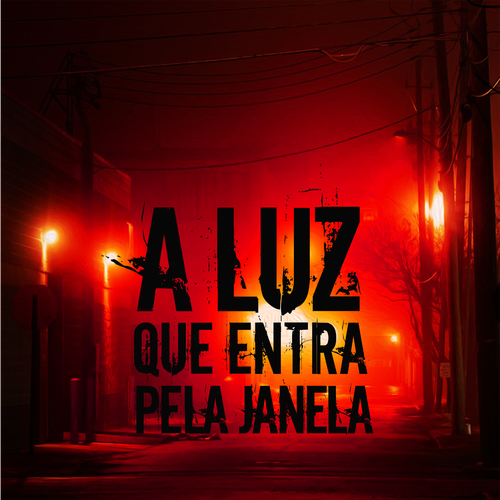 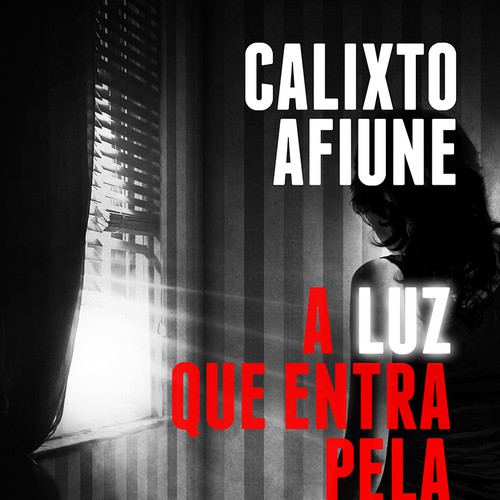 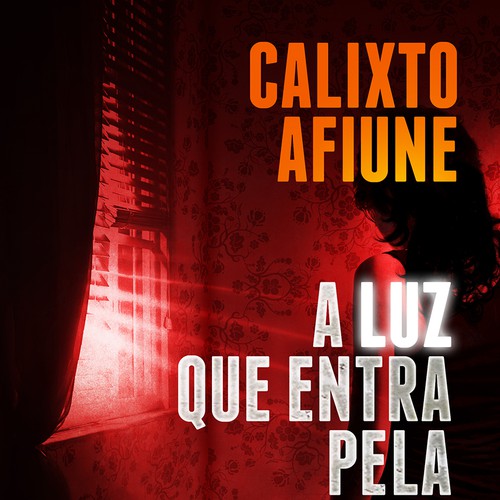 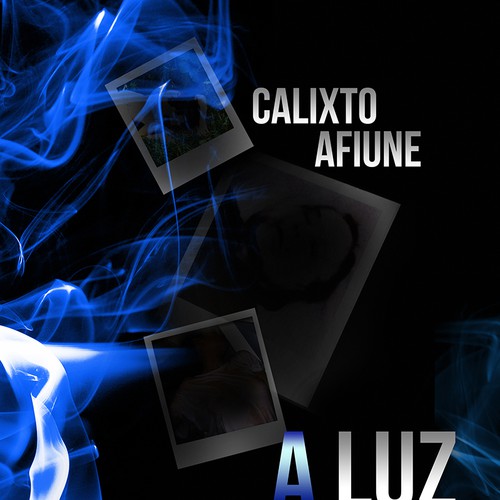 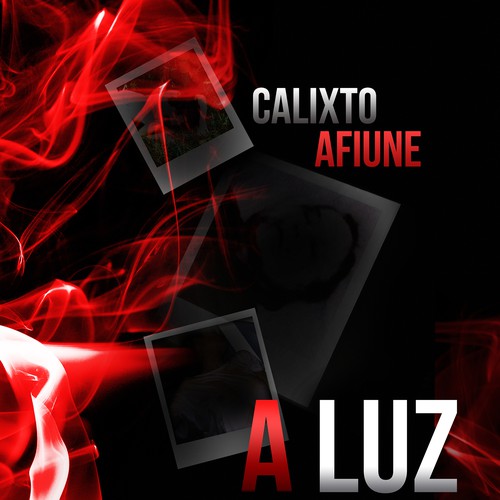 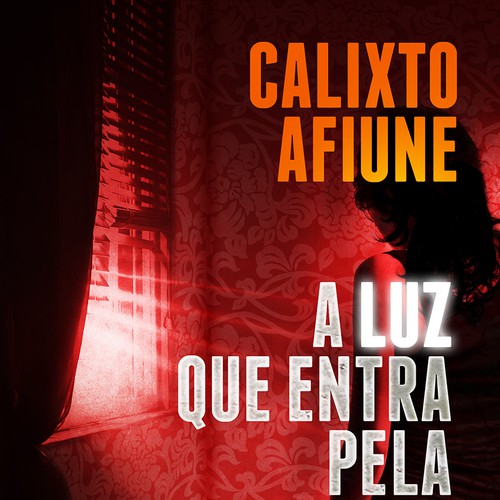 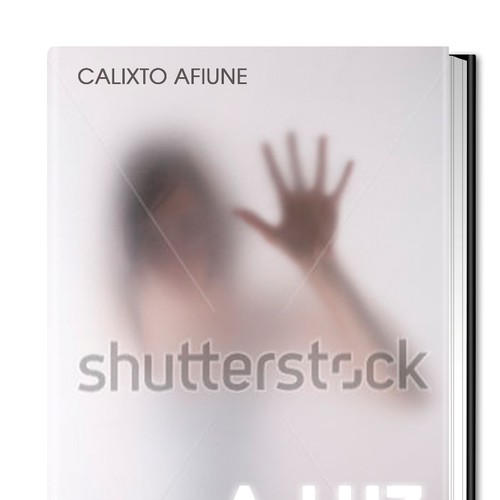 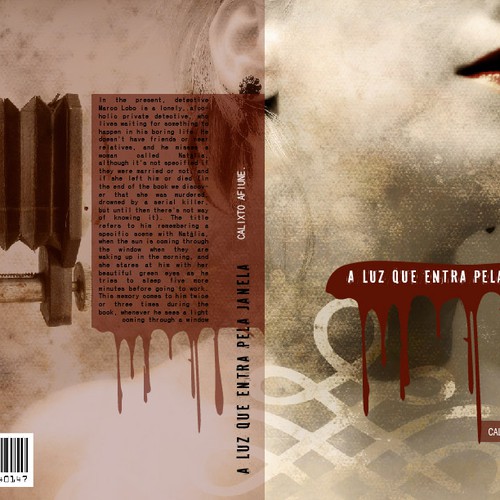 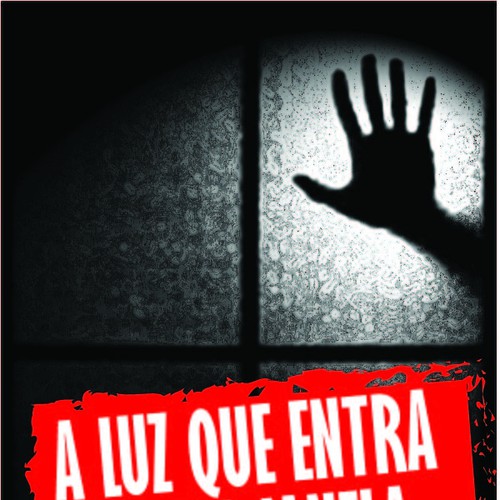 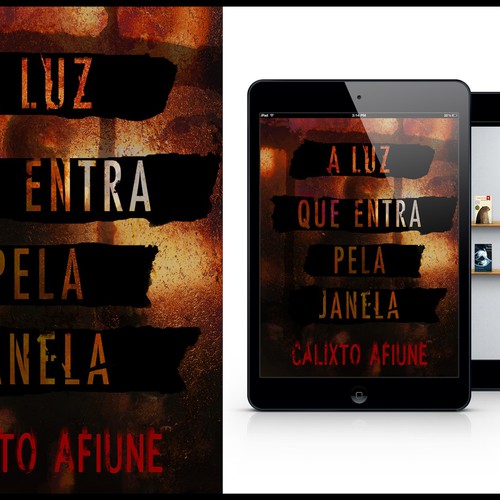 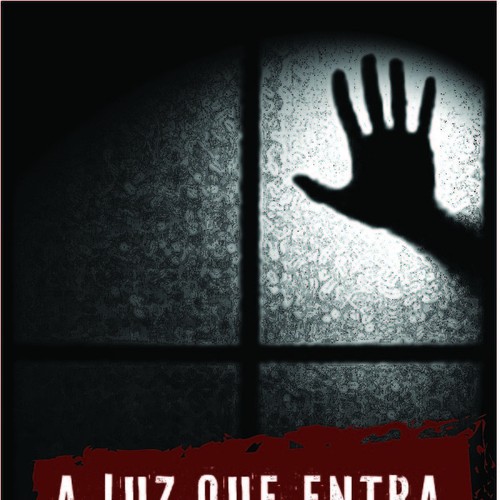 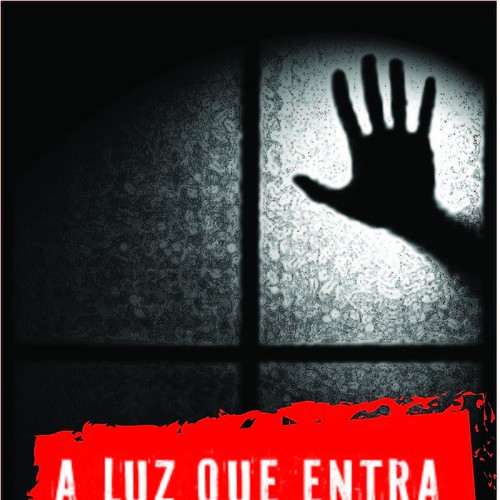 Hello guys. My name is Calixto Afiune, from Brazil. It's a very special moment to me, as I'm almost ready to publish my first book. One of the few steps remaining is, of course, the cover for it. I just stumbled upon 99 Designs and it's just what I needed. I am very excited about this whole contest! Think about a dream coming true. =)
The title is "A Luz Que Entra Pela Janela", which means "The light that enters through the window", or something like that. Let me just give you guys an idea about what is the book.

It's a thriller, detective novel. It happens simultaneously in two time periods, and I always compare it with "Lost" and its flashbacks.
In the present, detective Marco Lobo is a lonely, alcoholic private detective, who lives waiting for something to happen in his boring life. He doesn't have friends or near relatives, and he misses a woman called Natália, although it's not specified if they were married or not, and if she left him or died. The title refers to him remembering a specific scene with Natália, when the sun is coming through the window when they are waking up in the morning, and she stares at him with her beautiful green eyes as he tries to sleep five more minutes before going to work. This memory comes to him twice or three times during the book, whenever he sees a light coming through a window.
He usually investigates love affairs, but this time there's a different client. Her name is Camilla Sales, member of one of the most powerful families in the city of Terranova, the Sales, involved in a series of fellonies. She doesn't have a usual request, either. She saw one of his cousins, a young man called Oscar Sales, stealing a valuable jewel of the family, and she doesn't want any involvement of the police in this investigation.
He follows Oscar through the city, and they end up in a pawn-shop, where he is supposedly trying to sell the jewel. Unfortunately, Marco can't take any photos of the negotiation, that apparently doesn't happen. Oscar then leaves through a narrow alley, and starts to run after turning a corner. After Marco turns the corner himself, he finds an old foe, ex-cop Roberto Silva, stabbed in the back of a bar. It's a trap: the knife is Marco's, and probably has his fingerprints on it.

In the past, Marco Lobo is an investigator rising inside the police corporation. More so after solving the case of a famous murdered attorney by a small detail that remained unnoticed by everyone else. He and his partner Álvaro Bianchini then begin to investigate the bizarre murder of entrepeneur Tony da Mota, found buried alive in the busiest public garden in Terranova. He doesn't know it yet, but this case is going to change his life forever.

The book then comes and goes back and forth through the timelines until they meet, in the end.

The book is going to be published online, through a Brazilian publisher similar to Amazon. The format is ePub, and I am a newbie at this, I really do not know the size of it. The title must be in Portuguese, "A LUZ QUE ENTRA PELA JANELA". Author: CALIXTO AFIUNE.

I thought a lot about the cover, but I haven't made up my mind about it yet. I am very open minded about it, though. Though the title doesn't sound like a thriller book, the cover HAS TO. So, nothing about a beautiful green eyes girl on the bed, please.

Things that could be on the cover (I AM VERY OPEN MINDED TO NEW IDEAS):
- light coming in through a window, with a sinister feeling to it. No knives or blood, but a silhouette or something like that;
- a panel with the map of a city, full of needles, and photographs of missing people, and notes. Maybe the light coming through the window would fit here as well;
- a guy laying in a dark alley, stabbed in the chest (too cliché, maybe?)
- a dusty, abandoned, private detective office (the light from the window? and maybe the title of the book in blurred lines over the door, as if it was the detective's name. You know what I mean? It has to be kinda creepy as well.)
If something else comes up, I'll let you know. But I'm pretty sure these options got it covered. I don't know for sure, but I will when I see the right one.

I'll give you as much feedback as I can. Let's do this!
Thank you all in advance.

Horror artistry wanted for book cover.
299 USD
It's a book for late teens and adults. It's a dramatic horror book. Similar to THE WALKING DEAD except there is no ...
60
entries
12
designer
The Centaur Chronicles, written by award-winning author, needs a fabulous, eye-catching cover!
US$ 499
I write fantasies and novels for Middle-grade and Young Adult...
66
entries
17
diseñadores
The Girl Who Stopped Lying book cover
499 $US
We publish books for the Swedish market. Our books has a Christian message but our books are targeted for everyone....
91
entries
39
designer graphistes
Book Cover for a Young Adult Science Fiction Thriller
199 £
An independent book publisher of Science Fiction and Adventure for Young Adult and Teen readers....
129
entries
16
Designer
I have an awesome sci-fi book! can you make an awesome scifi book cover?
$400
Need a kick-butt book cover for the second book in my post-apoc sci-fi series. Are you a scifi artist? Jump on in!
127
entries
25
デザイナー数
Design an eye-catching cover for a fantasy adventure about a thief!
US$299
87
entries
17
diseñadores

Jetzt starten
Create a Beautiful, Custom E-Book Cover For an Inspirational Christmas Story.
$ 799
I'm a writer who has just finished (re)writing a fiction book I plan to put out on Kindle. I also plan to have it out...
76
entries
22
Designer
Create a compelling non-fiction book cover on autograph collecting
$ 299
I run a website, facebook group and write articles on the hobby of autograph collecting, both in person at baseball/f...
35
entries
8
Designer
Need a cover for an anthropomorphic animal fantasy
$ 299
My book, Saraynea, is a fantasy adventure featuring anthropomorphic animals in a world inspired by Asian environments...
43
entries
19
Designer
Create an original, eye-catching book cover for a dark urban-fantasy.
659 AU$
Author with a target audience of YA and up...
77
entries
35
Designer
Urban fantasy author needs exciting book cover design.
299 US$
Urban fantasy author who writes about vampires, witches, werewolves and other supernatural beings for entertainment....
55
entries
8
designers
Create a cover for mystery/thriller e-book
229 £
Self-published author of urban fantasy thrillers....
143
entries
37
Designer
Erfahren Sie mehr über buch oder zeitschriften cover Design
So funktioniert's