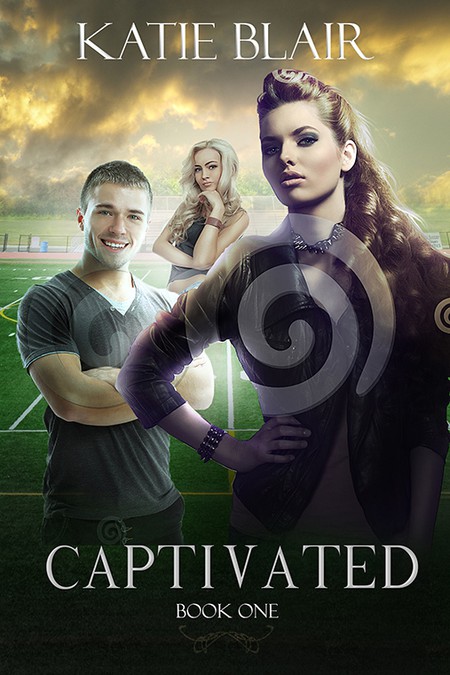 Cover for Young Adult novel "Captivated", first in a trilogy 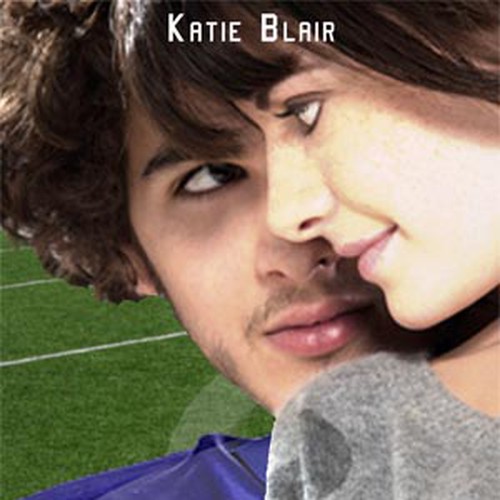 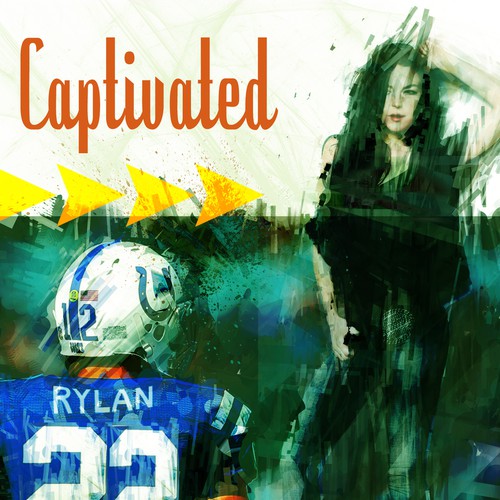 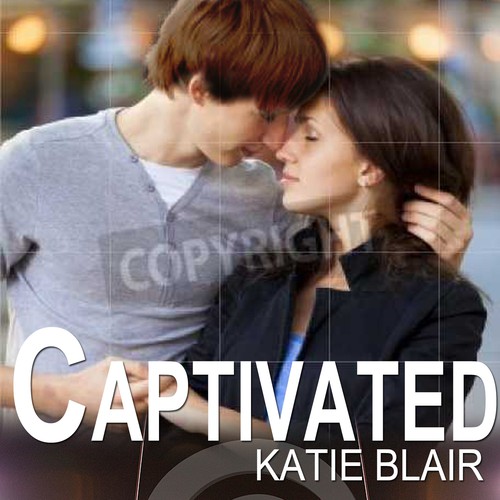 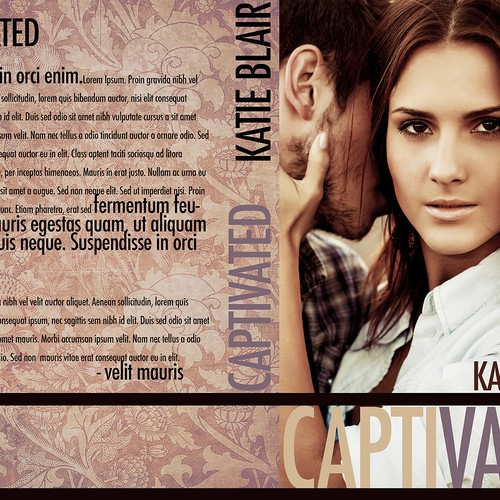 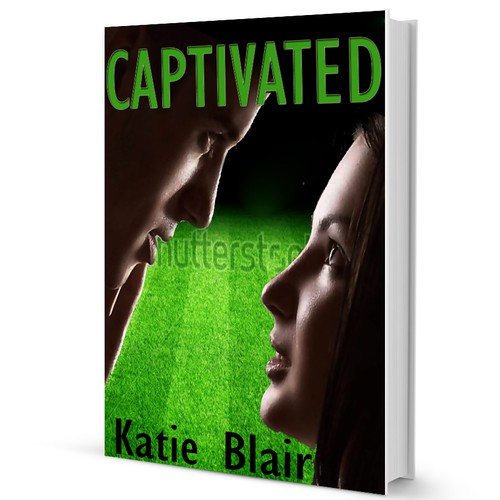 Captivated is the first in a trilogy (whoever does the first will likely be asked to do the remaining two once completed), and is set in present day high school. A brief description of the book is below. I want something that includes the two main characters Rylan (dark haired, dark eyed, handsome, not overly muscular, high school quarterback) and Kate (long, dark brown hair, dark eyes, curvy, no skirts, just jeans), preferably set to a background of a football field or high school( the school name is Kingston High). Rylan is charming and friendly, I'd like him smiling, Kate's more sarcastic and a little more self-satisfied, I'd like her smirking or someway to see that self-satisfaction displayed.

Rylan Horn is handsome, popular, and a star football player who can- and mostly has- have anyone he wanted. Until he decides who he wants is Kate Pierce, who in return wants nothing to do with him. At least at first. Kate is elitist, mean, and thinks herself above most high schools simply because she's always buried in her schoolbooks. A popular jock with whom she got stuck with for a physics project is exactly the opposite of who she imagined herself dating. Rylan and Kate do end up dating - despite his friends' and her friend's objections, his ex-girlfriend's attempts to get him back, and Kate's own difficulty, and the story unfolds from there.

I've toyed with the idea of having the main characters in the background, and groups of their friends in the background (football players and a thin blonde girl behind Rylan, a set of three teenage girls-one with long chesnut hair, one with shoulder length plain brown hair, and one with longer reddish hair- behind Kate) but I'm not sure if that would be too distracting, so feel free to play around with that.

I've included a (very) rough sketch of what I had in mind. Please forgive my stick figure drawing, but it is a general idea of what I'm looking for.

Jetzt starten
Sexy book cover for A Call to Heaven, by Jo Kessel
209 GBP
A Call to Heaven is a novel. It's commercial women's fiction with a paranormal twist....
102
entries
15
diseñadores
Create a bold fantasy YA cover for the second book in a series
209 £GB
I publish my fantasy series for YA readers, and mentor other fiction authors to their success....
75
entries
13
designer graphistes
Looking for a real Show Stopper for my Burlesque ebook series
USD 350
Erotic Romance ebooks...
119
entries
24
diseñadores
In the Twisted Web
USD 694
I am an author of commercial fiction, most notably romantic thrillers with a strong female lead....
168
entries
50
designer
Design an illustrated MG Fantasy book cover featuring a wolf, angel and vampire scribe
US$ 299
Author...
23
entries
5
designers
I need a e-book cover. I already sold more than 1,5 million e-books in 14 countries
EUR 459
I' am an Author, my readers are unisex...
285
entries
46
diseñadores
Erfahren Sie mehr über buch oder zeitschriften cover Design
So funktioniert's