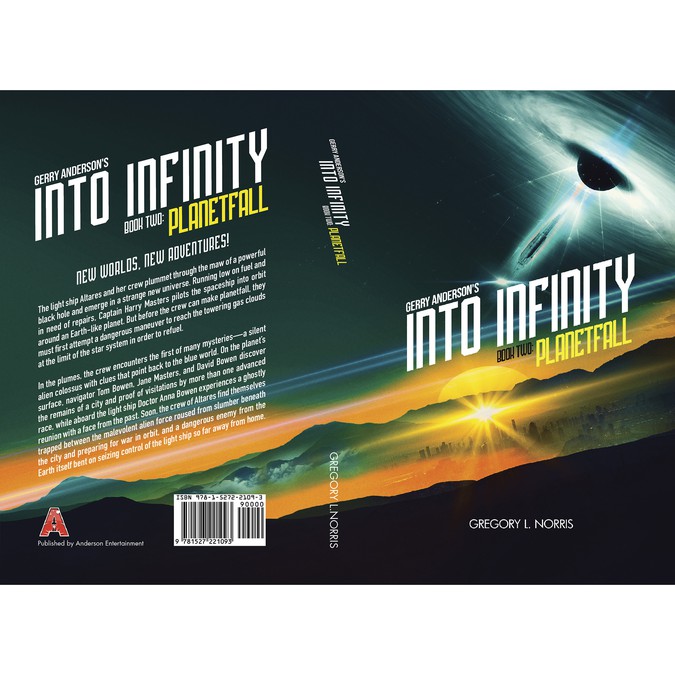 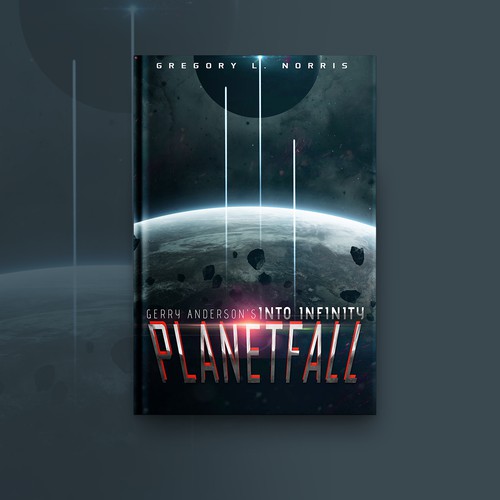 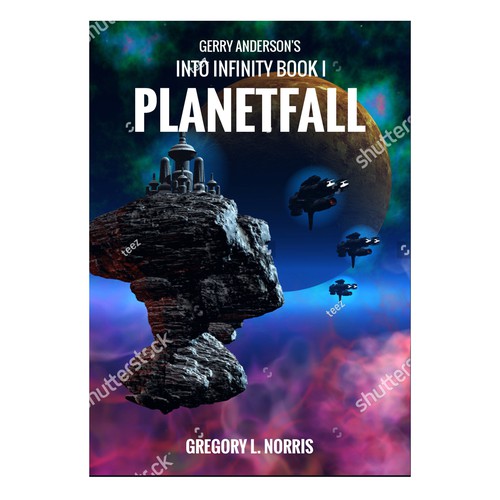 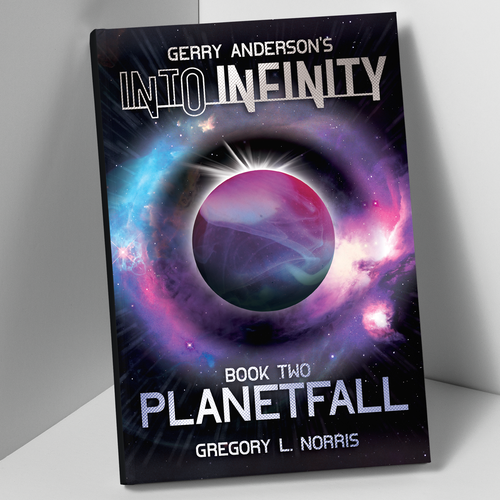 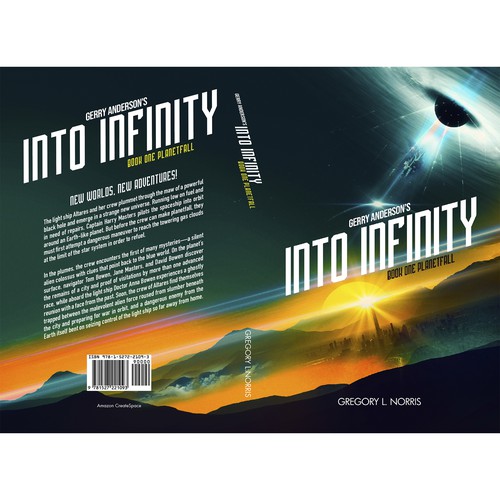 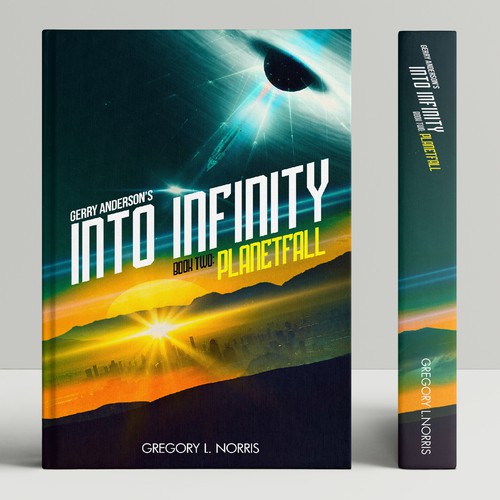 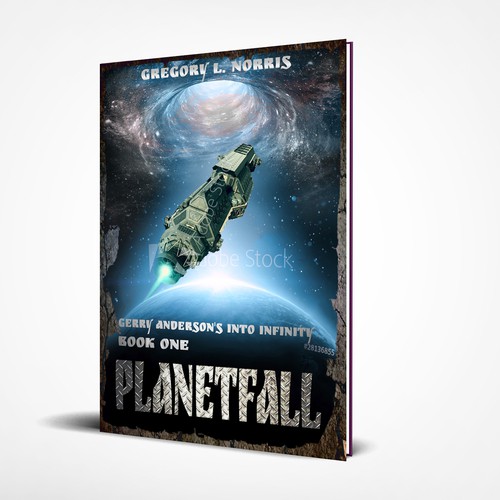 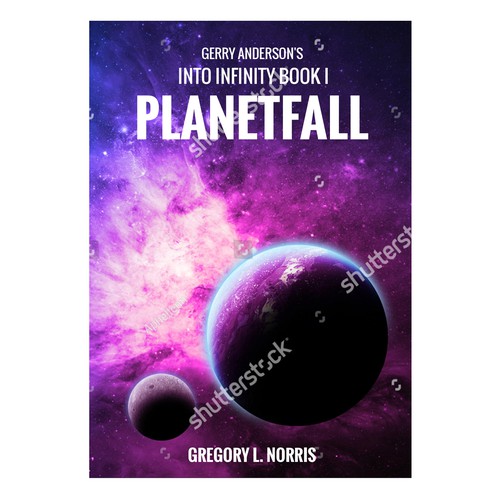 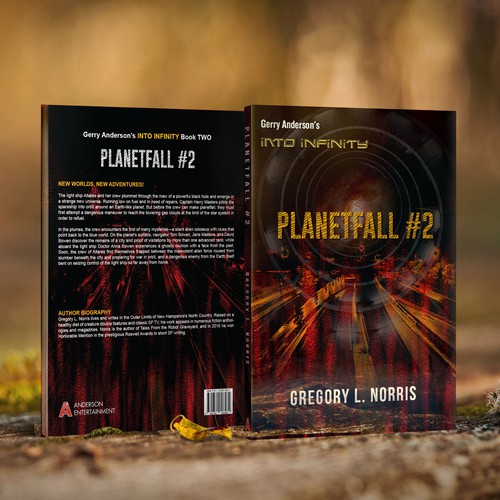 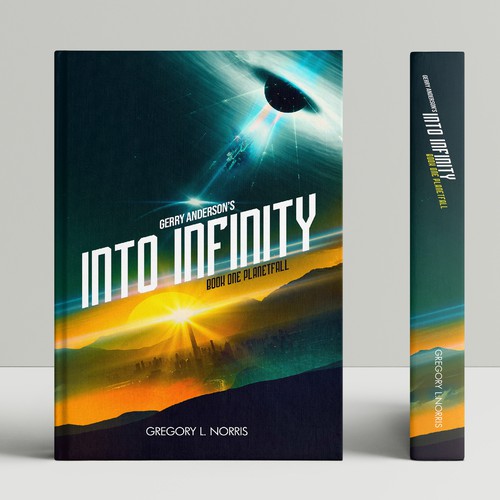 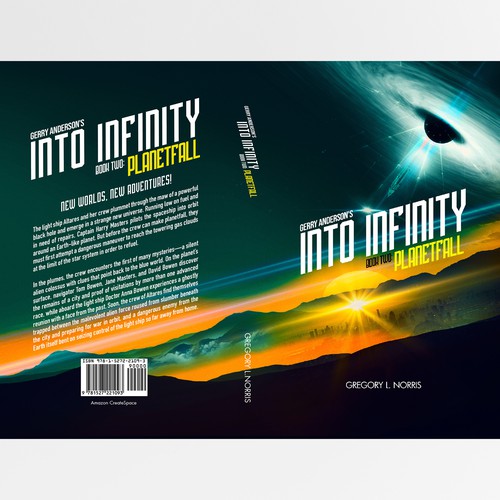 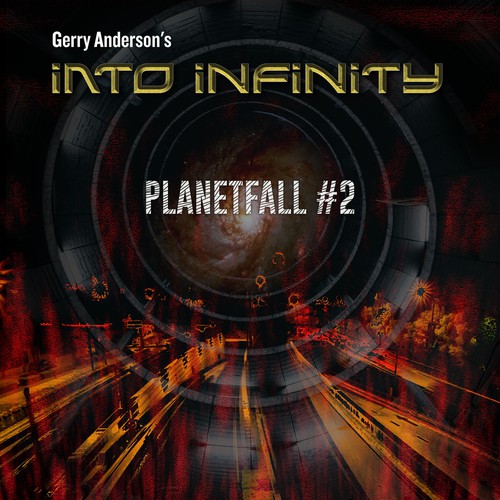 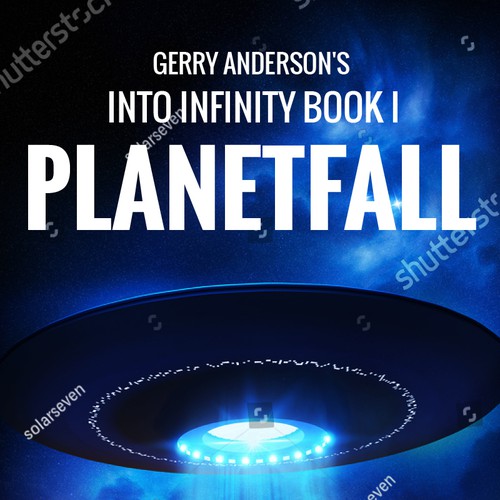 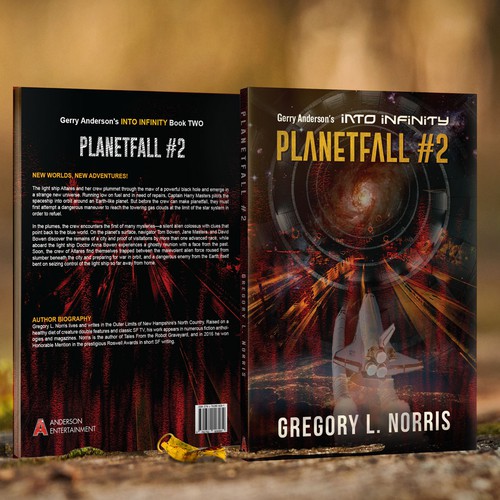 Gregory L. Norris lives and writes in the Outer Limits of New Hampshire's North Country. Raised on a healthy diet of creature double features and classic SF TV, his work appears in numerous fiction anthologies and magazines. Norris is the author of Tales From the Robot Graveyard, and in 2016 he won Honorable Mention in the prestigious Roswell Awards in short SF writing.

The light ship Altares and her crew plummet through the maw of a powerful black hole and emerge in a strange new universe. Running low on fuel and in need of repairs, Captain Harry Masters pilots the spaceship into orbit around an Earth-like planet. But before the crew can make planetfall, they must first attempt a dangerous maneuver to reach the towering gas clouds at the limit of the star system in order to refuel.

In the plumes, the crew encounters the first of many mysteries—a silent alien colossus with clues that point back to the blue world. On the planet’s surface, navigator Tom Bowen, Jane Masters, and David Bowen discover the remains of a city and proof of visitations by more than one advanced race, while aboard the light ship Doctor Anna Bowen experiences a ghostly reunion with a face from the past. Soon, the crew of Altares find themselves trapped between the malevolent alien force roused from slumber beneath the city and preparing for war in orbit, and a dangerous enemy from the Earth itself bent on seizing control of the light ship so far away from home.

We would like a simple, bold, typographic cover/logo/text design that can be utilized across a series of books. We are using our Book Two for this 99design search, but would like to use the winning design as a template, and work with the winning designer to do compatible designs for other books in the same series.

A series logo design should feature at the top of the cover. The series title is "Gerry Anderson's INTO INFINITY".

The title of Book Two is "PLANETFALL". This title should also be boldly featured.

This book series is an outer space science fiction adventure series for all ages. Comparisons could include the new Netflix LOST IN SPACE series, or STAR TREK.

Imagery design could include an alien-looking planet and an outer space setting. A purple nebula is also features in this book, near the alien planet, so this could also be incorporated, or not. Again - designer's choice.

The spaceship featured in our novels is called Altares, which was in a Gerry Anderson TV film from the 1970s. Intrepid designers may wish to watch it on YouTube (search for "Gerry Anderson's The Day After Tomorrow Into Infinity"). Intrepid designers may also wish to incorporate the Altares ship from that TV film (or a stylized image/version of it, perhaps even incorporated with the series title) in the cover design. (Please note: attached file photos of the Altares and the ship blueprint are for inspiration and examples only and should not be reproduced exactly.)

We have no preference for font, but obviously it should feel modern since this is a futuristic science fiction series.

Logo files are also attached for other Gerry Anderson-branded projects for example only. Same with the patch design for "INTO INFINITY" - this is one prior design provided as an example, but we are open to new ideas.

TITLE: Seven Words You Never Want to Hear - Must have a cover that makes readers want to open book.
CAD 1,099
This book is written to professing Christians. The narrower target audience is people who have professed faith but are n
213
entries
48
diseñadores
Cavities No More
529 CA$
The book is primarily aimed at parents of young children. Anyone involved with the care of children. Nurses, public heal
95
entries
25
Designer
InsideOut - Creation Speaks!
$ 329
The target audience is usually 30-60 yrs old and either "outdoorsy" or "hippyish".
51
entries
22
Designer
Design a book cover about a high profile murder trial
USD 199
Lawyer and lay folks from high school thru retirement who want to know how the prosecutors and the justice system failed
36
entries
16
diseñadores
Design the cover of the next NYT Bestseller!
299 $
Anyone who enjoys thrillers. No specific demographics.
45
entries
26
Designer
Book cover for non-fiction
199 US$
138
entries
21
diseñadores

Jetzt starten
Exciting science-fiction novel for adults and kids
1.099 AU$
Science fiction fans (anyone who watches Star Wars, Starship Troopers etc.), geeks, moms and dads, teenagers, it's quite
61
entries
10
Designer
Design book cover in Russian
299 $
Most of the readers are well educated women 30-50 age old, with interest in self-help, psychology, spirituality and New
34
entries
5
Designer
Wind Apocalypse--A tornado, a road, a speeding car, a wasp. Easy!
299 $
Young adults age 17 to 21, and all adults interested in futuristic apocalyptic novels about climate change and artificia
53
entries
18
Designer
design a beautiful, shattered or broken heart cover for my book, Beautifully Broken
$299
Anyone going through any kind of hardship or struggle. It's a story of hope and never giving up, and never taking for g
156
entries
43
diseñadores
Design a striking book cover for "The Man-Butcher Prize" a cutthroat fantasy
629 £GB
The target audience for my book is anyone 16+ I feel that the potential fan base might skew slightly male, as the main
150
entries
30
designer graphistes
New author need nice looking ebook cover
US$ 199
30-60, male, female. world readers. people wanted to be healthy.
30
entries
7
designers
Erfahren Sie mehr über buch oder zeitschriften cover Design
So funktioniert's