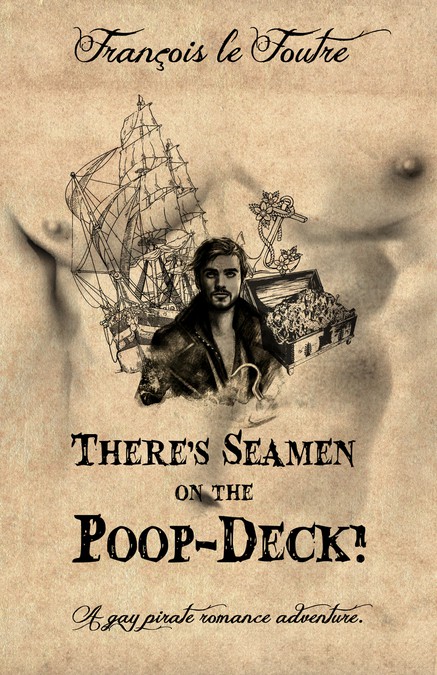 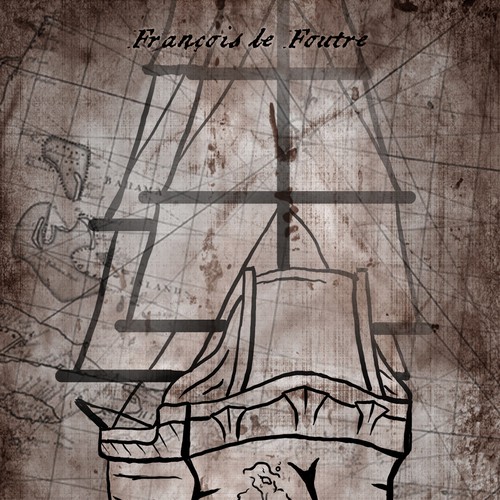 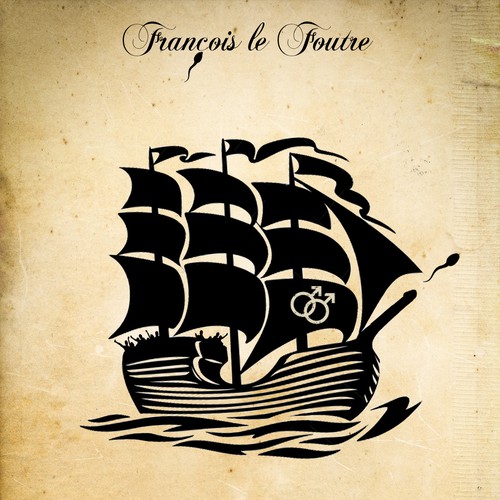 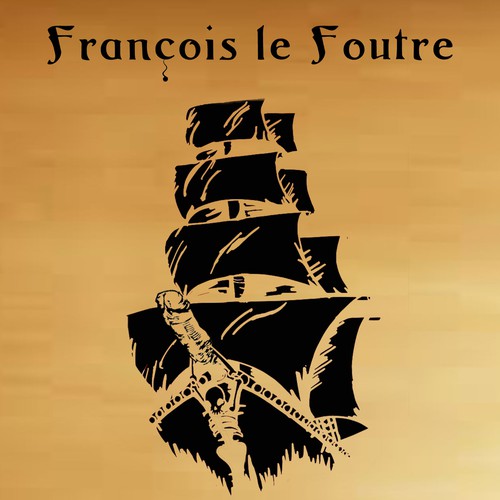 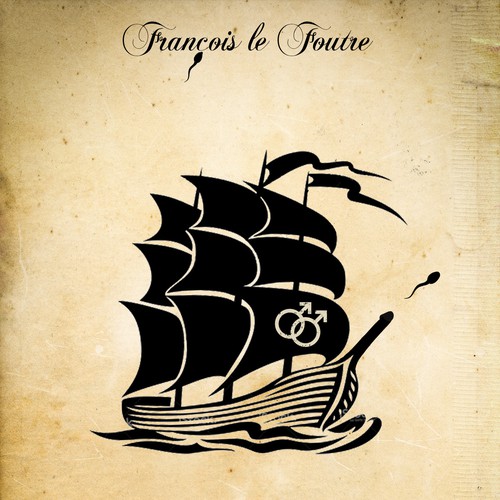 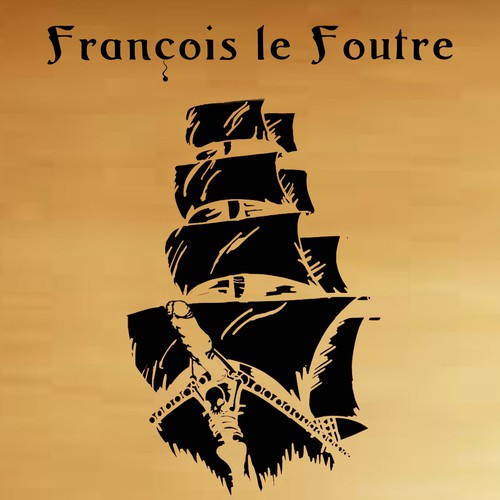 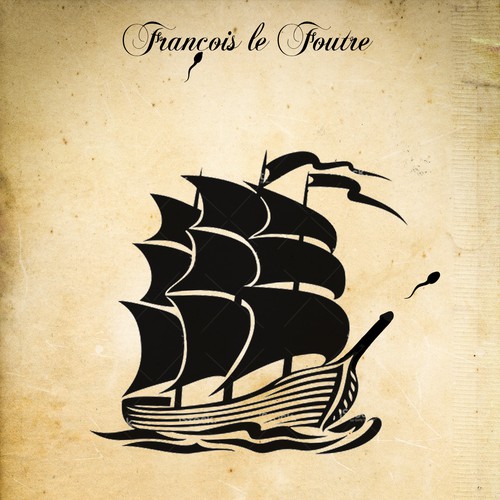 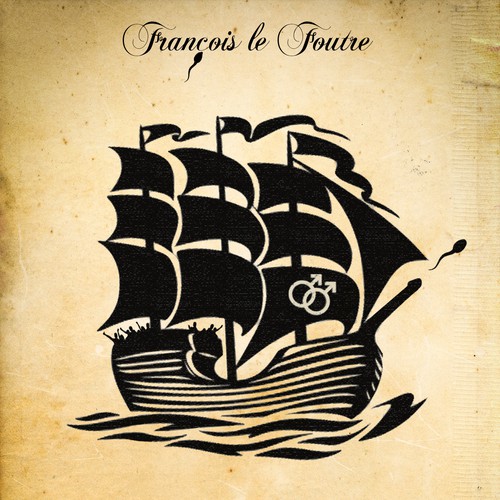 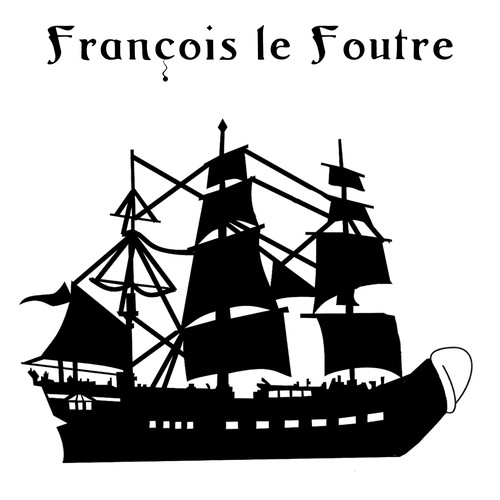 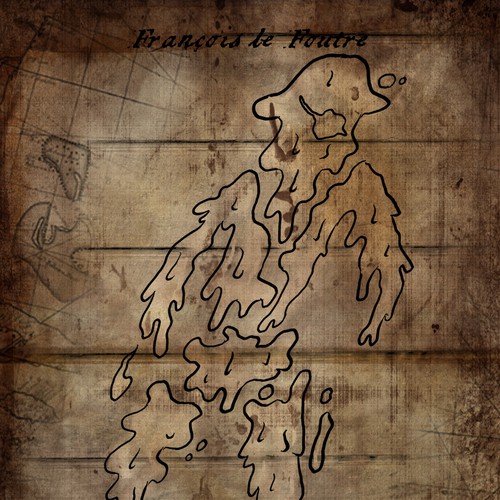 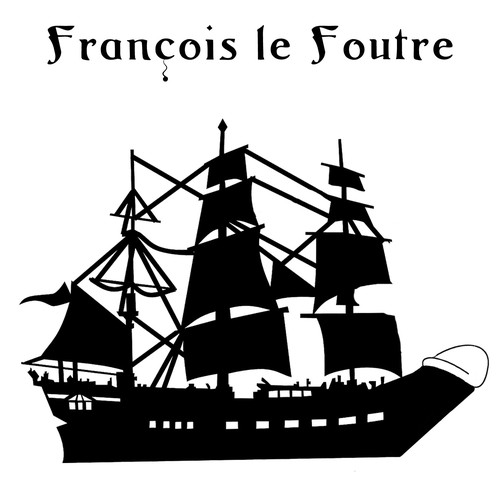 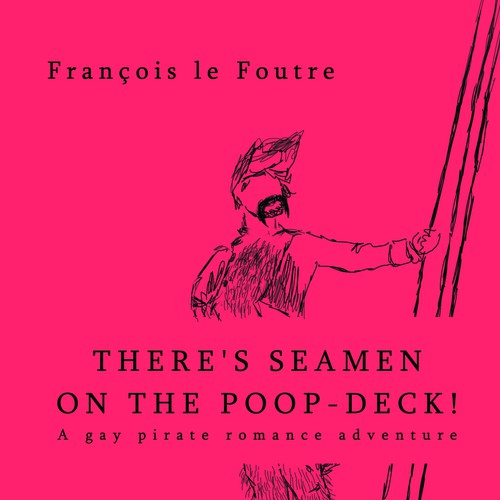 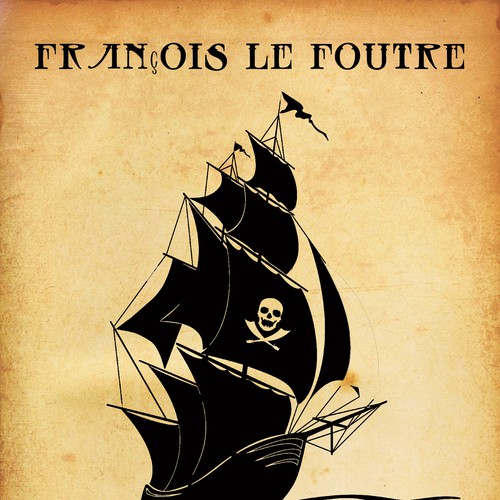 I'd like it to look old-agey (medieval), so the cover design shouldn't be too modern. Black on colored card stock is how this is going to be printed. See the attached "Grab them by the Crotch" book for an example of something similar in style.

The elements should be as follows:

The name "François le Foutre"
Image that conveys the tone of the book
The title "There's Seamen on the Poop-Deck!"
"A gay pirate romance adventure."

I want to take full advantage of the pun. In the attached mock-up, a sperm forms the cedilla under the c in "François," the apostrophe in "There's", and the bullet coming out of the pirate's gun. But these are all pretty subtle, and while I don't mind having a few "Easter eggs" in there, as obvious as the title and content of the book are, the cover art should probably be super obvious, too.

I just launched an Indiegogo campaign for this project, so if you want to read a sample or otherwise get a feel for the tone of the book, check it out: http://igg.me/at/seamen/x/5929171

I will be printing this single color (black) on colored card stock, so the final file will need to black on a transparent background. For the purpose of the contest, though, feel free to have a solid color in the background so I can see what it'll look like.

Help "Presidential Shift" Book 4 of the Corps Justice Series with a new book or magazine cover
299 $
The Corps Justice Novels tell the story of former U.S. Marine SSgt Cal Stokes and his company Stoke Security…
52
entries
6
Designer
The Humble Fencer - a new 1930s action adventure novel book cover and web banner
AUD 709
Upcoming novel is the first in a series of 3 (potentially 4) action adventure stories set in the 1930s and 1940s…
134
entries
44
diseñadores
ASD Publishing seeks BOOK COVER design for YA NOVEL
US$ 299
YA Novel blending romance & suspense - for teen girls & boys
115
entries
35
designers
Create a winning book cover design for Summer Rain
299 $US
Publish a winning book design for the novel title Summer Rain
165
entries
46
designer graphistes
Design an irresistible, powerful, book cover for a political thriller set in Paris
US$ 499
Self Publishing THE PARIS PLOT, a novel (www.theparisplot.com) through Oakhurst Print, my company. Publisher of ficti...
147
entries
34
designers
Design a scifi novel cover with elements of Arthurian legend
799 $
The novel (and subsequent trilogy) is science fiction set in the modern day with elements of the thriller genre and myth
142
entries
31
Designer