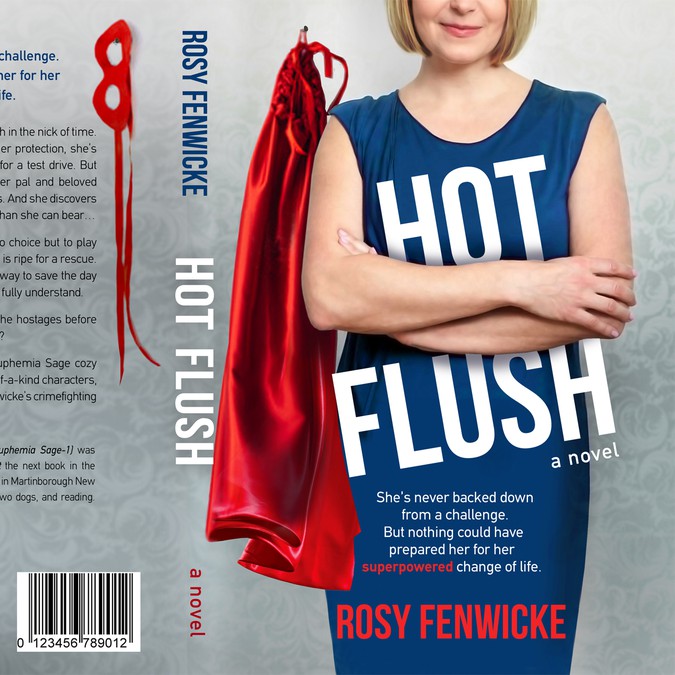 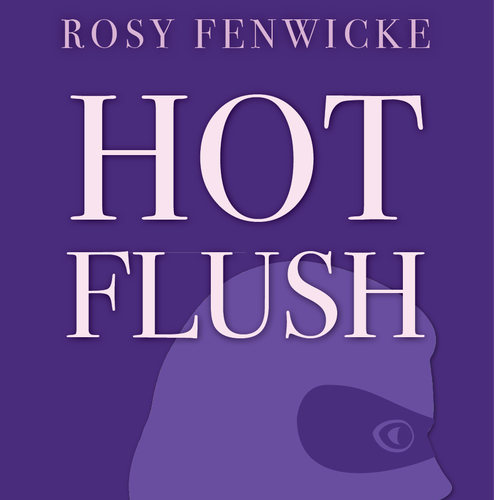 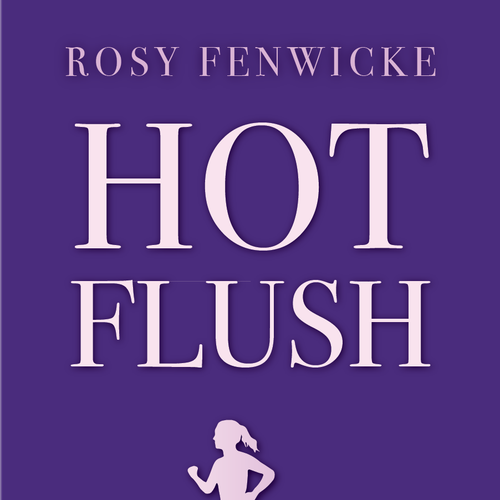 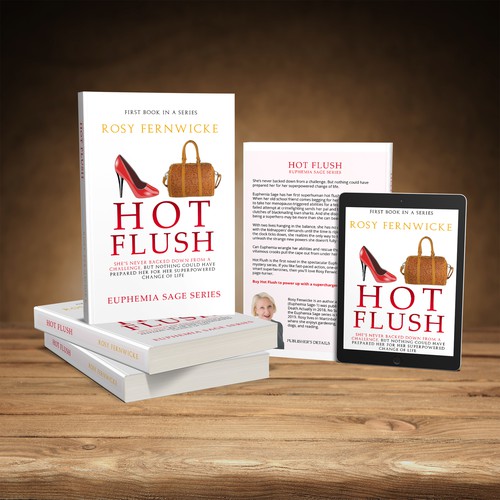 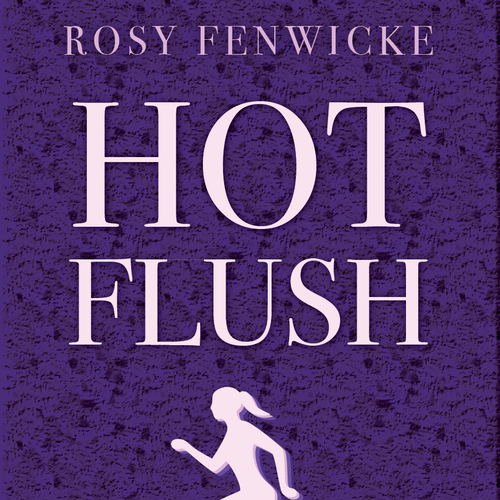 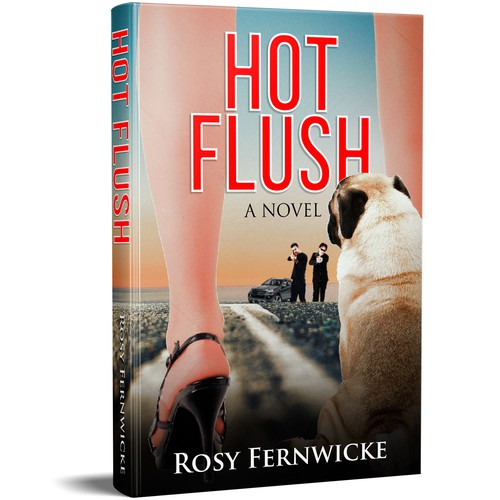 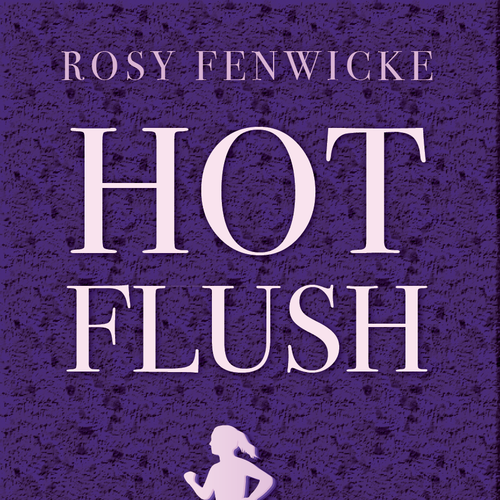 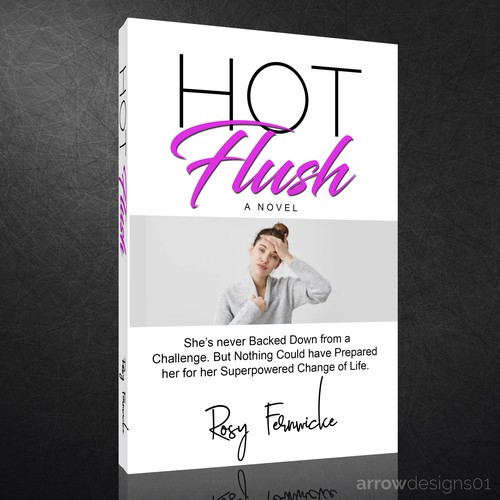 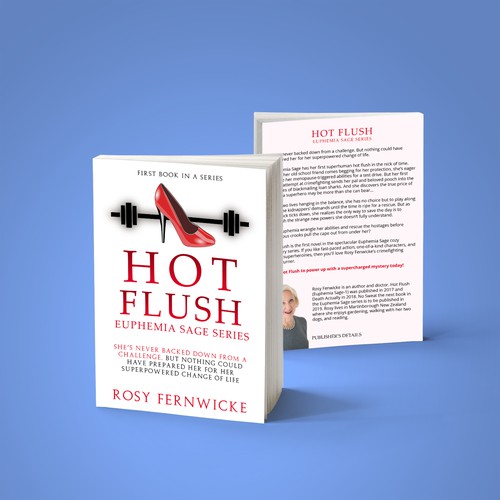 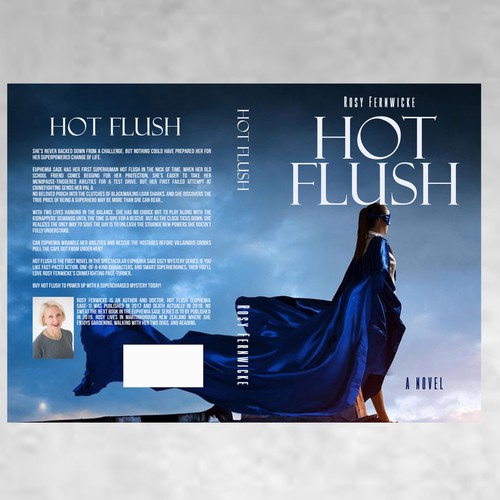 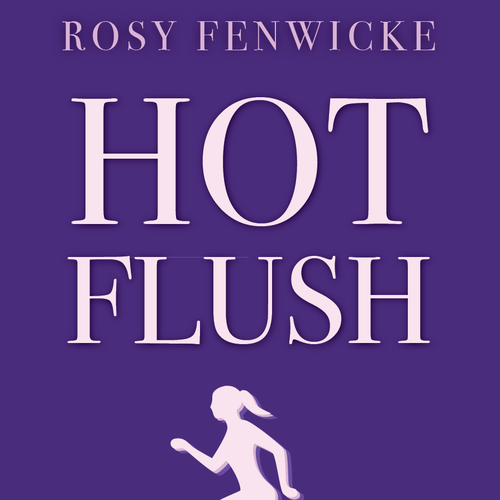 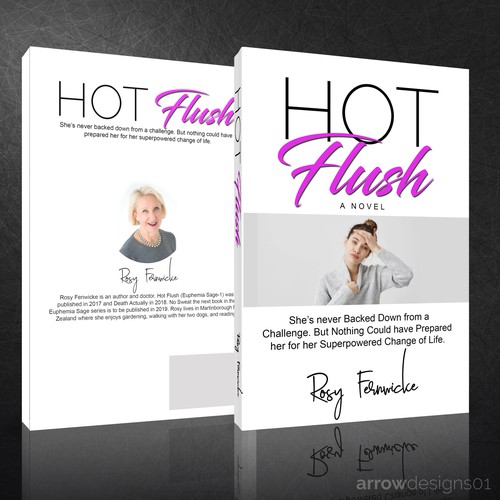 Rosy Fenwicke is an author and doctor. Hot Flush (Euphemia Sage-1) was published in 2017 and Death Actually in 2018. No Sweat the next book in the Euphemia Sage series is to be published in 2019. Rosy lives in Martinborough New Zealand where she enjoys gardening, walking with her two dogs, and reading.

She’s never backed down from a challenge. But nothing could have prepared her for her superpowered change of life.

Euphemia Sage has her first superhuman hot flush in the nick of time. When her old school friend comes begging for her protection, she’s eager to take her menopause-triggered abilities for a test drive. But her first failed attempt at crimefighting sends her pal and beloved pooch into the clutches of blackmailing loan sharks. And she discovers the true price of being a superhero may be more than she can bear…

With two lives hanging in the balance, she has no choice but to play along with the kidnappers’ demands until the time is ripe for a rescue. But as the clock ticks down, she realizes the only way to save the day is to unleash the strange new powers she doesn’t fully understand.

Can Euphemia wrangle her abilities and rescue the hostages before villainous crooks pull the cape out from under her?

Buy Hot Flush to power up with a supercharged mystery today!

Women of all ages and their husbands who secretly read it but don't buy it. Target audience is women who live in US, NZ, UK, Australia and Canada.

This is a cover redesign to appeal to the Amazon reader. It is also the first book in a series and I am also going to put a contract up for the next book, No Sweat. So this is actually a contest for two covers and maybe more- hopefully going to have five books in the series. I also need artwork for FB ads for the Euphemia Sage Series. I want a zingy modern cover that reflects Euphemia's personality- she is 53- well preserved for her age and a runner. She is a business consultant, wife in a good marriage and has two adult daughters. Not overly girly but she is not butch. She keeps her own counsel and gives good advice. Common sense and funny but only with people she knows well. Not a party girl. Hot Flush and No Sweat are action packed, some violence but also a 'cozy'.

Making the book and hence the characters look old.

This is the original cover- would like new one and series to be more action orientated but still cozy. https://www.amazon.com/Hot-Flush-Ro…047338955X

Mythology meets the Roaring Twenties
US$ 399
Normally women from aged 18-40 would pick this book up. But I want this book cover to be more gender neutral as I don't
41
entries
8
designers
I4E Founders for Future – Start up with Deep Impact
€269
Young people interested in starting their own impact startup, academics interested in the concept of impact entrepreneur
114
entries
31
デザイナー数
Design a cover for a quirky, off-beat book of life and career advice for idealistic young leaders
USD 499
People working in the nonprofit world--employees and leaders in charities, foundations, government agencies, faith-based
176
entries
47
diseñadores
Depolarized: Transcending the False Left/Right Paradigm
800 US$
Political junkies, independently minded, those fed up with our current divided politics.
147
entries
43
designers
InsideOut - Creation Speaks!
US$ 329
The target audience is usually 30-60 yrs old and either "outdoorsy" or "hippyish".
51
entries
22
designers
I need an eye catching ebook cover for my LitRPG story
199 $US
People who are interested in role-playing games and the LitRPG (or Gamelit) subgenres of Science Fiction and Fantasy.
47
entries
21
designer graphistes