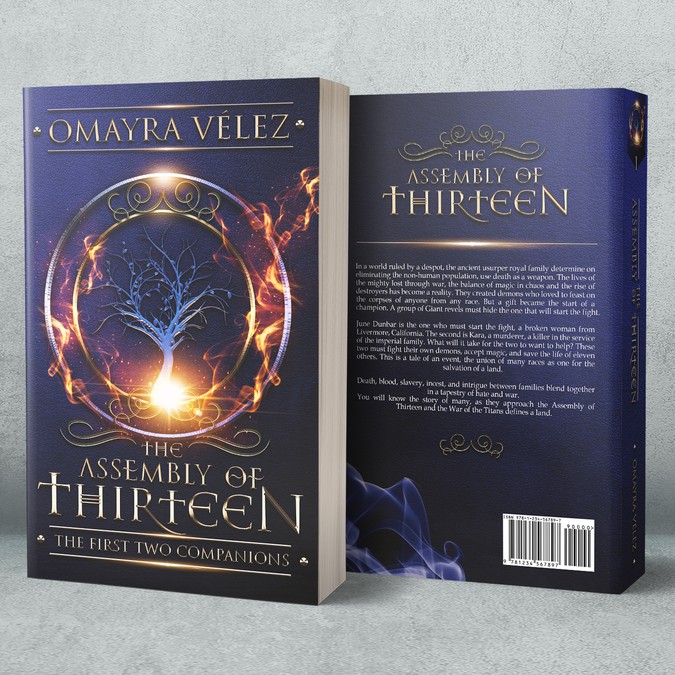 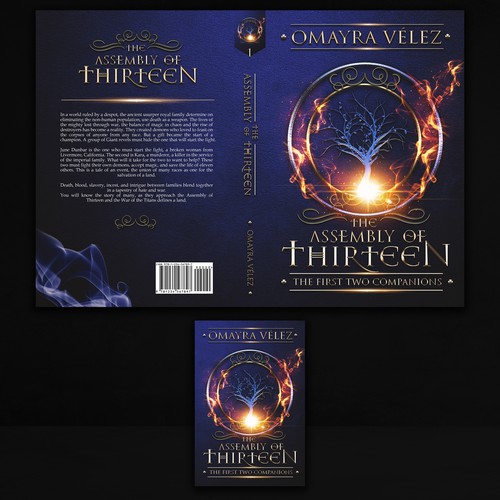 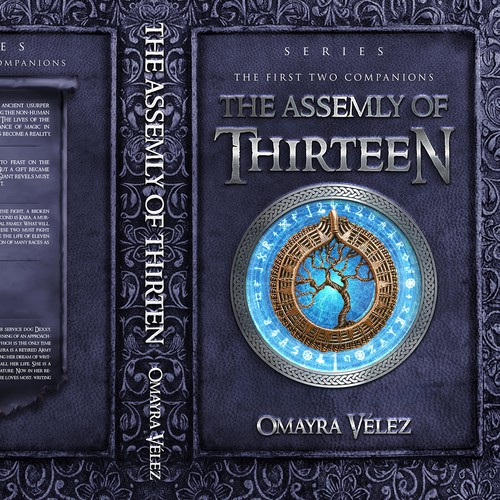 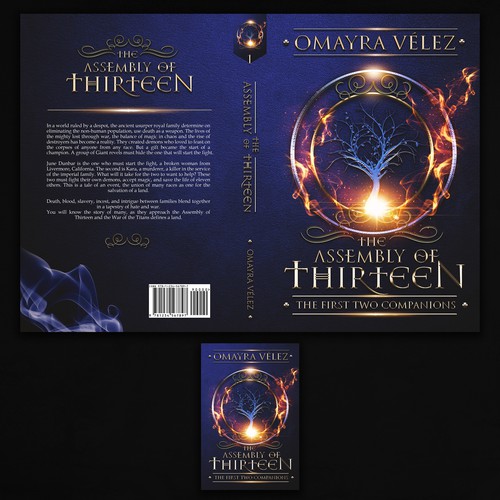 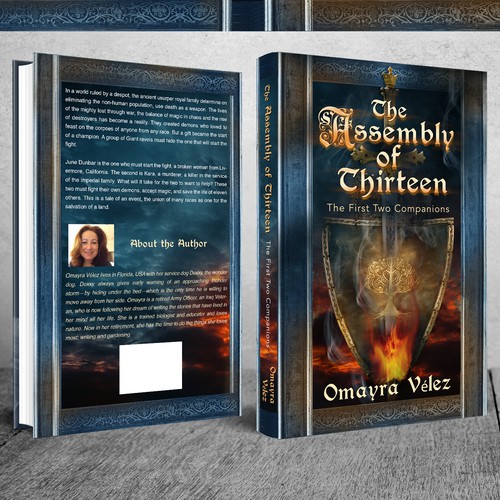 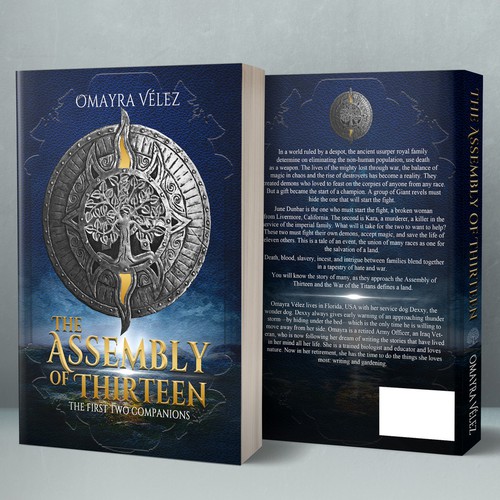 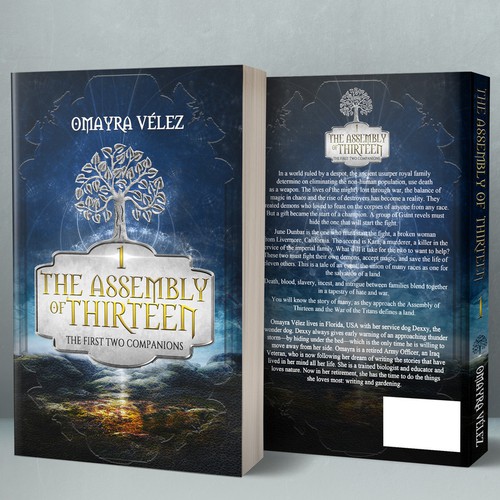 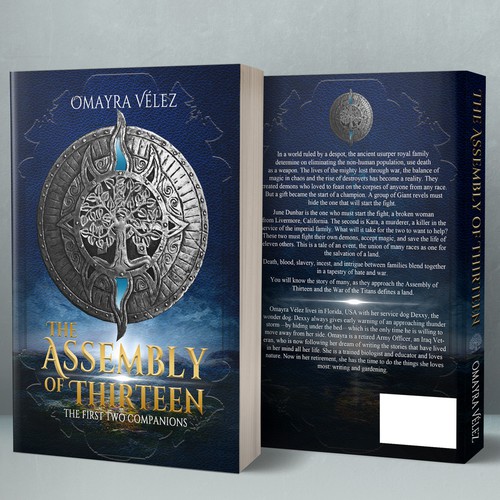 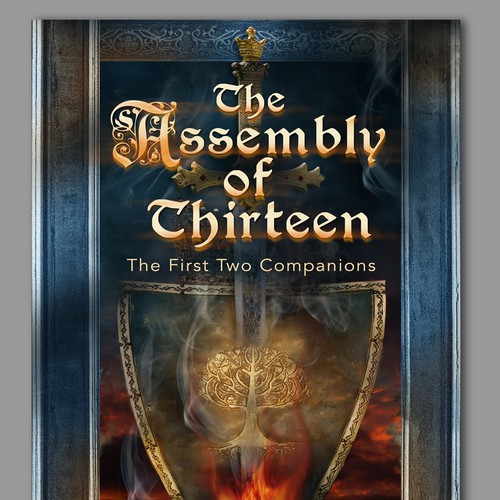 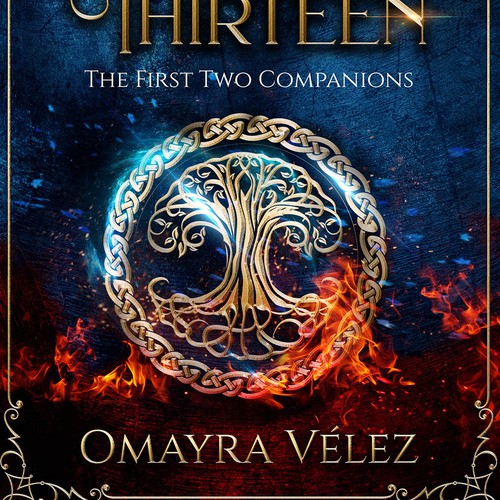 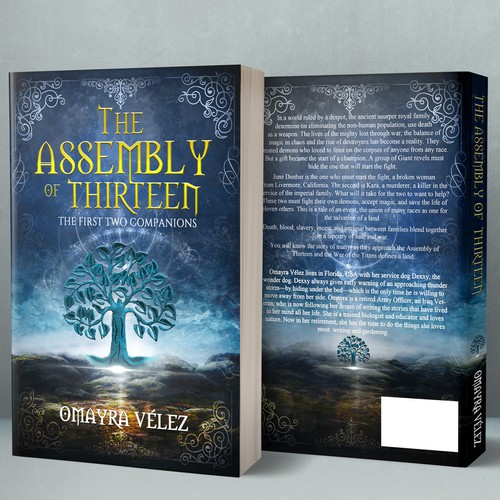 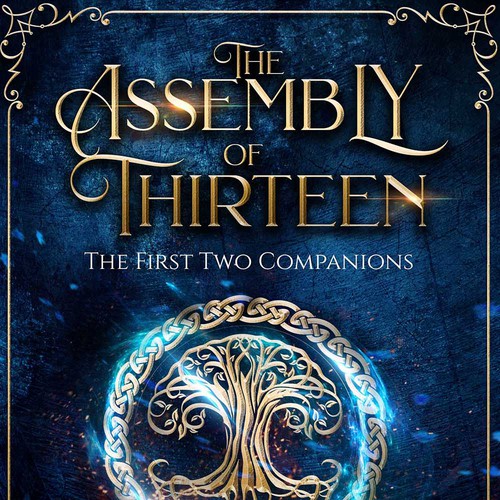 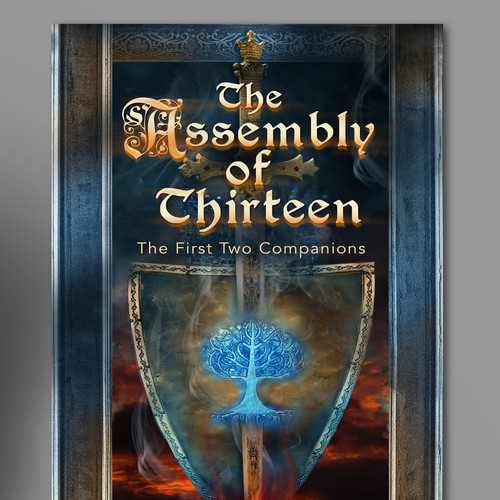 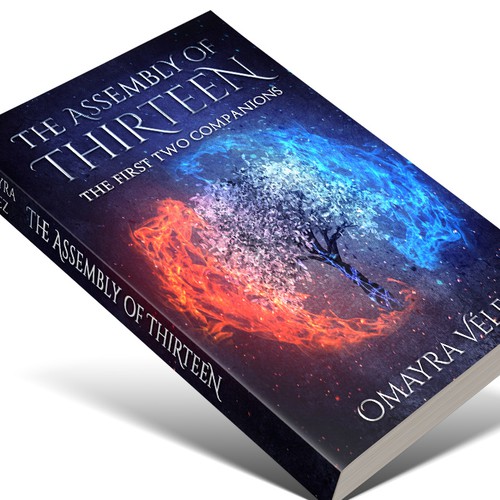 The Assembly of Thirteen; The First Two Companions

Omayra Vélez lives in Florida, USA with her service dog Dexxy, the wonder dog. Dexxy always gives early warning of an approaching thunder storm—by hiding under the bed—which is the only time he is willing to move away from her side. Omayra is a retired Army Officer, an Iraq Veteran, who is now following her dream of writing the stories that have lived in her mind all her life. She is a trained biologist and educator and loves nature. Now in her retirement, she has the time to do the things she loves most: writing and gardening.

In a world ruled by a despot, the ancient usurper royal family determine on eliminating the non-human population, use death as a weapon. The lives of the mighty lost through war, the balance of magic in chaos and the rise of destroyers has become a reality. They created demons who loved to feast on the corpses of anyone from any race. But a gift became the start of a champion. A group of Giant revels must hide the one that will start the fight.

June Dunbar is the one who must start the fight, a broken woman from Livermore, California. The second is Kara, a murderer, a killer in the service of the imperial family. What will it take for the two to want to help? These two must fight their own demons, accept magic, and save the life of eleven others. This is a tale of an event, the union of many races as one for the salvation of a land.

Death, blood, slavery, incest, and intrigue between families blend together in a tapestry of hate and war.
You will know the story of many, as they approach the Assembly of Thirteen and the War of the Titans defines a land.

no images of people. use abstracts, a cover that can be remastered for 5 other books in a series. this is not a stand-alone. as for Fonts any Baskerville, Apple Garamond, Trajan Pro, Cinzel or serif fonts or any that will match the image. mistic mood.

I like the texture of the back
I love that the simple beauty of the image and it conveys the idea of the story in the image
what I like here is the colors and the shine. It attracts the attention