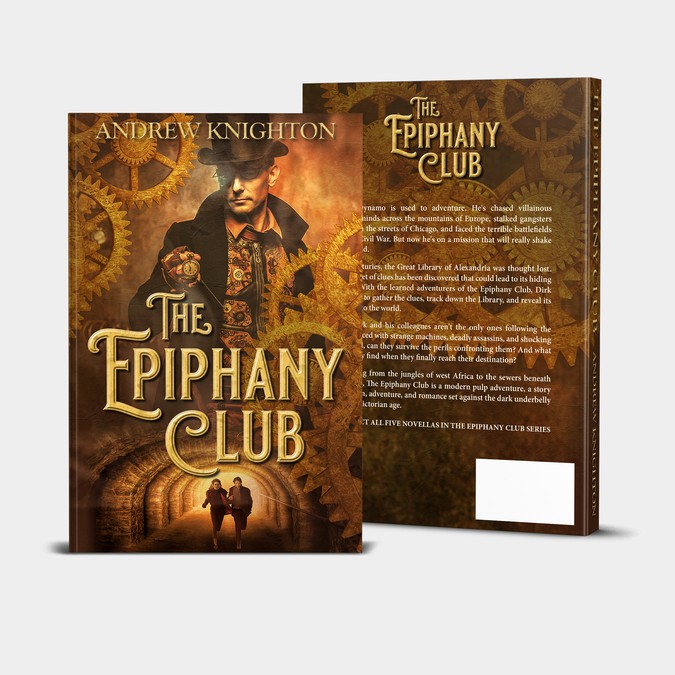 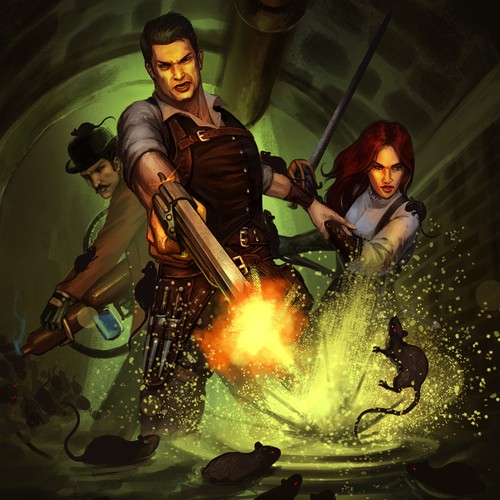 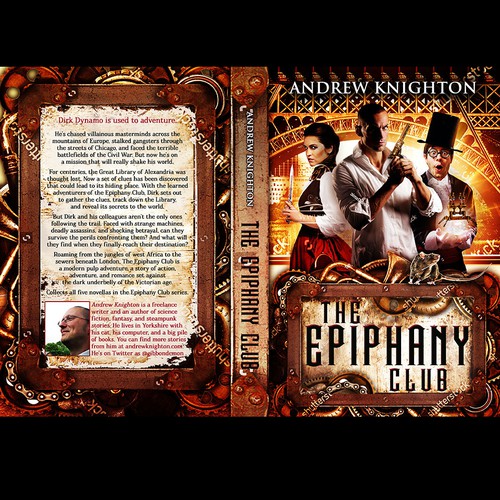 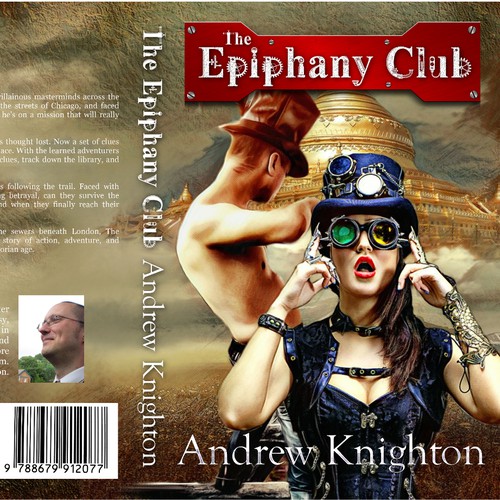 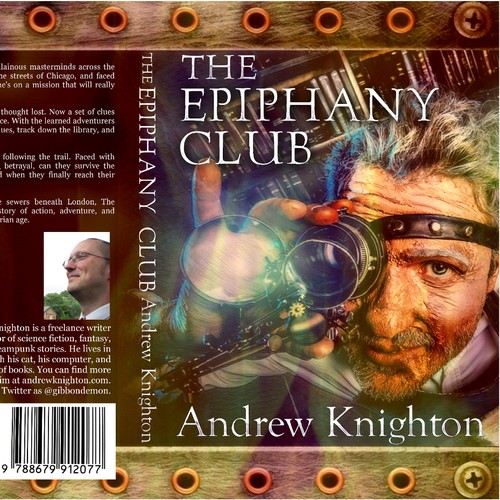 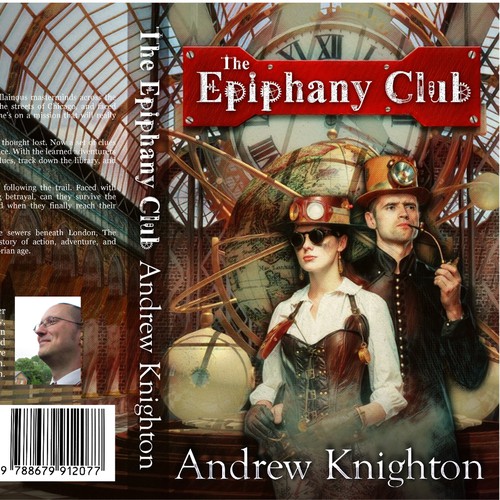 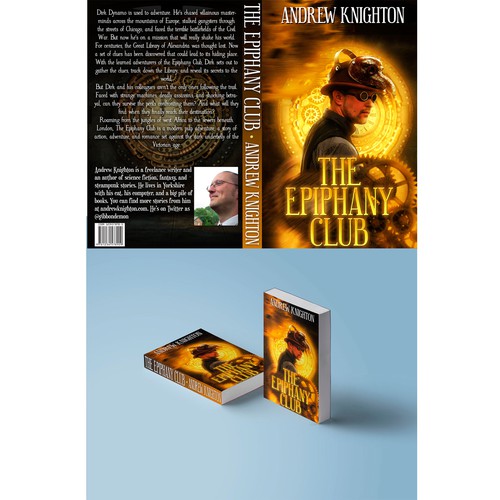 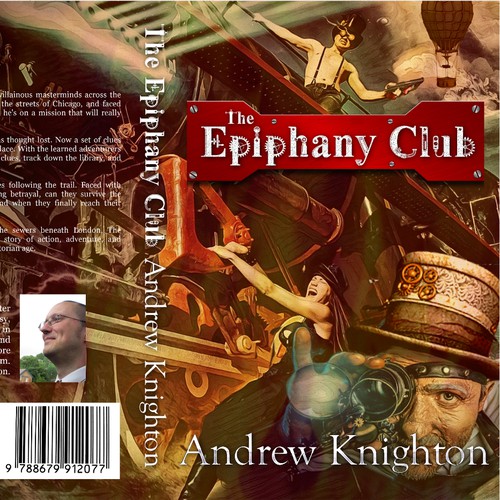 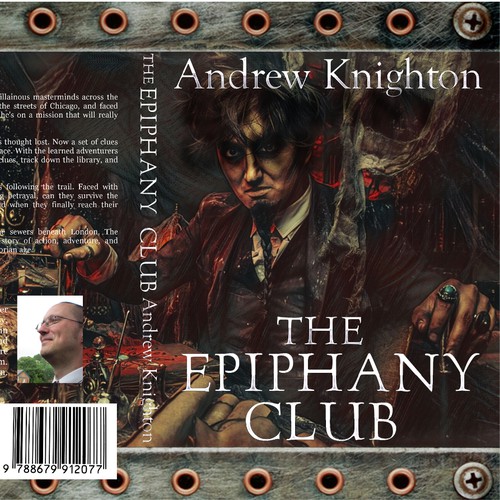 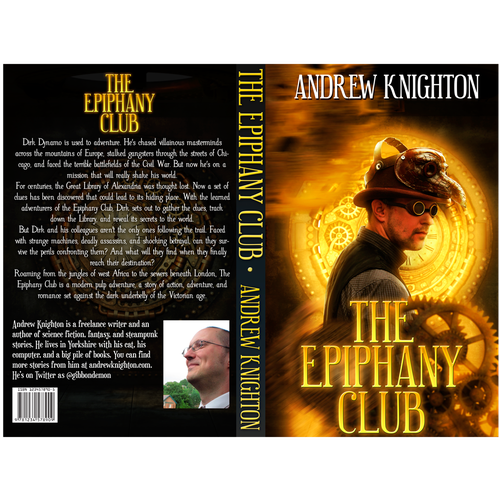 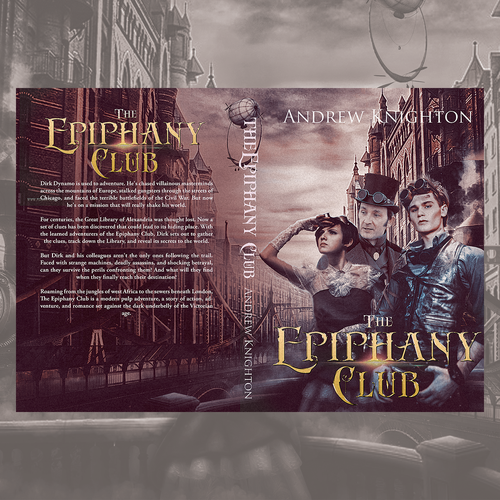 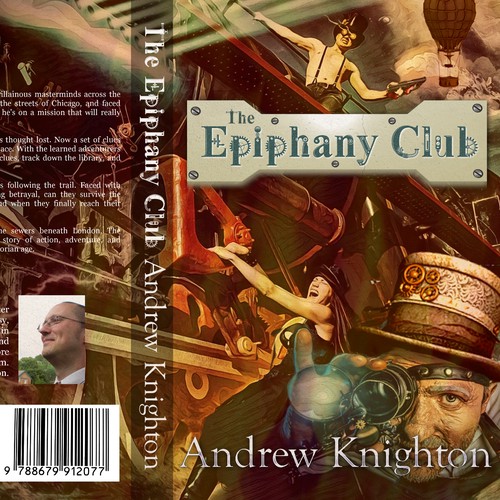 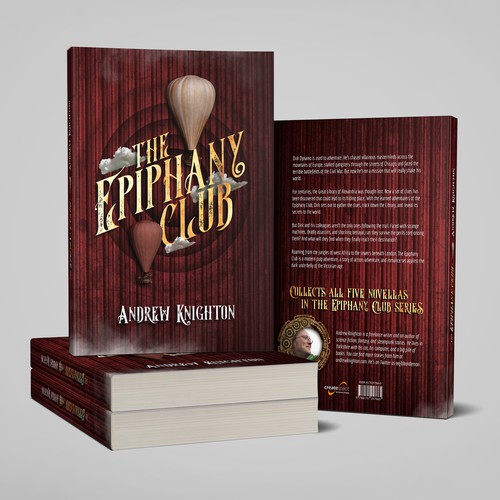 Andrew Knighton is a freelance writer and an author of science fiction, fantasy, and steampunk stories. He lives in Yorkshire with his cat, his computer, and a big pile of books. You can find more stories from him at andrewknighton.com. He’s on Twitter as @gibbondemon .

Dirk Dynamo is used to adventure. He's chased villainous masterminds across the mountains of Europe, stalked gangsters through the streets of Chicago, and faced the terrible battlefields of the Civil War. But now he's on a mission that will really shake his world.

For centuries, the Great Library of Alexandria was thought lost. Now a set of clues has been discovered that could lead to its hiding place. With the learned adventurers of the Epiphany Club, Dirk sets out to gather the clues, track down the Library, and reveal its secrets to the world.

But Dirk and his colleagues aren't the only ones following the trail. Faced with strange machines, deadly assassins, and shocking betrayal, can they survive the perils confronting them? And what will they find when they finally reach their destination?

Roaming from the jungles of west Africa to the sewers beneath London, The Epiphany Club is a modern pulp adventure, a story of action, adventure, and romance set against the dark underbelly of the Victorian age.

Collects all five novellas in the Epiphany Club series.

Steampunk and alternate history fans.
Primarily British and American readers.
It's aimed at adult readers rather than a YA or younger market.

Person and place - tells a story and sells its genre.
The silhouettes make for a clear, distinctive design, but one where the character still stands out.
Its combination of place, people, and event creates a sense of story. There's also a retro simplicity that I like.
The distinct colour and silhouettes make it stand out clearly. The objects evoke a story. the silhouettes hint characters. It creates a sense of mystery.
Bold, simple colour scheme that stands out. Clearly shows what he action of the book is about and a character involved in it.
The weird weapon make this stand out as steampunk, it shows characters and ht face, and it shows there's going to be both action weirdness

I want something that's going to stand out even when it's shown as a thumbnail on sites such as Amazon, either due to its strong use of colour or its clear design.

It should imply action and adventure in a 19th-century setting. Potential locations from the story it could evoke include:
- a jungle
- the sewers beneath London
- late 1860s Paris
- a German castle

The book's main characters - if possible, I'd like at least one of them depicted on the cover, whether in detail, silhouette, or the depiction of some item representing them, to draw readers in:
- a classic action adventure hero, tall, muscular and square-jawed, style like Brendan Fraser in The Mummy, carries a revolver
- an aristocratic inventor, slim and well-dressed in top hat and tails, carrying some sort of gadget, wears glasses
- a well-dressed and scholarly woman, possibly carrying a sword-stick and/or small pistol.

Threats and challenges they face:
- getting lost in sewers and attacked by rats
- the action hero facing a shark and underwater ghosts
- fights against ninjas, in and below London
- an army of threadbare royalists and mutant monsters in Paris
- being stuck inside the siege of a German castle
- an archaeological dig in Egypt

The aim of their adventure is to find the lost ancient library of Alexandria, using ancient stone tablets as clues. That doesn't have to feature, but like the adventures listed above, it's to give some context for depicting them.

Ideally, there should be some indication that this is a steampunk story rather than one using a straight Victorian setting, through machinery, cogwheels, or strange gadgets. The story doesn't include any airships, so it can't be that standard symbol, but it does include hot air balloons, steampunk weaponry, and tunnelling machines.

I've attached examples of book covers I like from the steampunk genre.

Edited to add:
I know that goggles are a common steampunk image, but no-one in this book wears them, so I'd prefer not to have them on characters on the cover.

Book cover for book about a wild adventure into inner exploration.
€ 359
Mainly women between 25-45 who love to travel and have become interested in spirituality, wellness or other alternative
88
entries
25
designer
Shallow Water Romance
749 $
Usually, women between the ages of 18 and 60.
295
entries
78
Designer
Professional cover for a business book
US$199
Target audience: Male Aged between 20-35 USA People currently working a day job
149
entries
28
diseñadores
Atmospheric cover for historical novel/medieval biography
359 €
Younger and older women who are interested in women's biographies and developmental histories of women People who are in
55
entries
14
designer graphistes
eye-catching design for historical adventure novel
359 €
Lovers of historical novels, roguish stories, adventurous events, also drastic, bizarre descriptions with a pinch of iro
60
entries
20
designer
To "Where the Moon Has Been" and back with your cover design for my fantasy novel
529 $CA
Adult and young adult fantasy readers of both genders, European and North American locations for the most part. Also li
146
entries
39
designer graphistes

Jetzt starten
design a modern, bold book cover for a business book
US$ 499
This is a business book. Business leaders, CEOs and executives would read the book.
243
entries
53
diseñadores
TRE STAGIONI SUL NILO
€ 179
30- over 65. Distribuzione in Italia. Lettori di thriller, gialli, romanzi storici.
108
entries
21
designers
Make my coronavirus book cover.
USD 199
Business owners and entrepreneurs.
122
entries
40
designer
Design the cover of a book about the healing power of God
US$ 399
Christians who are tired of being sick and want to receive the healing power of God.
43
entries
19
designers
Amazon Ebook Cover for german ebook (Topic: Motivation for studying)
299 €
Students
96
entries
16
designer
Minimalist ebook design to appeal to teenagers
199 $
Teenagers or people in their 20s is my target audience. Since this is a self help book on the preparation of adulthood,
216
entries
63
Designer
Erfahren Sie mehr über buch oder zeitschriften cover Design
So funktioniert's