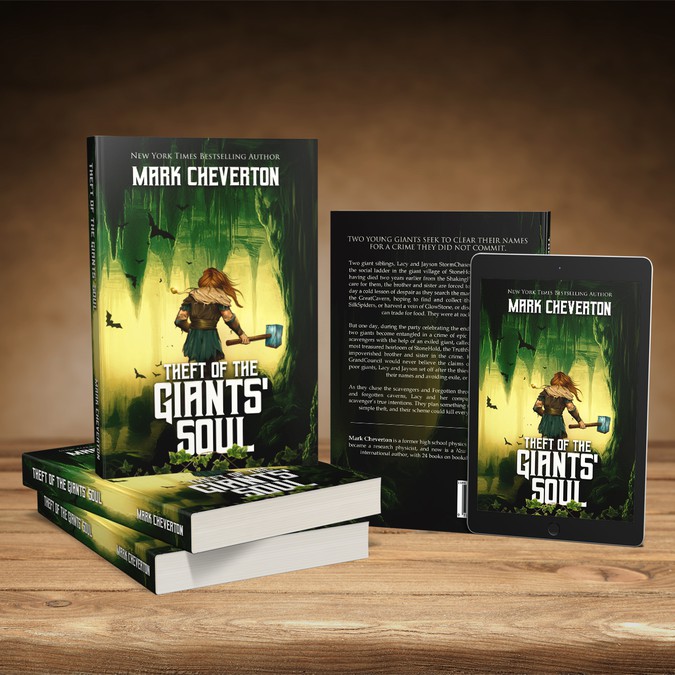 Book cover for my fantasy novel about Giants 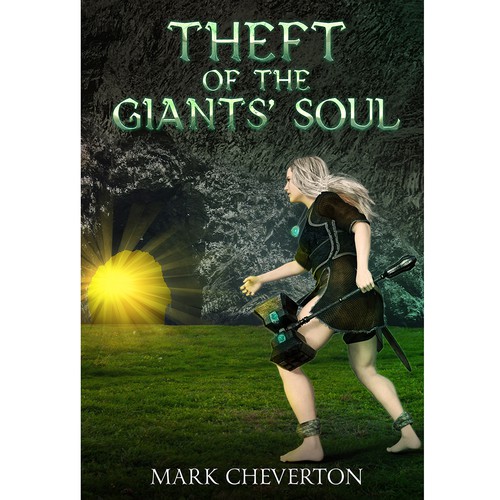 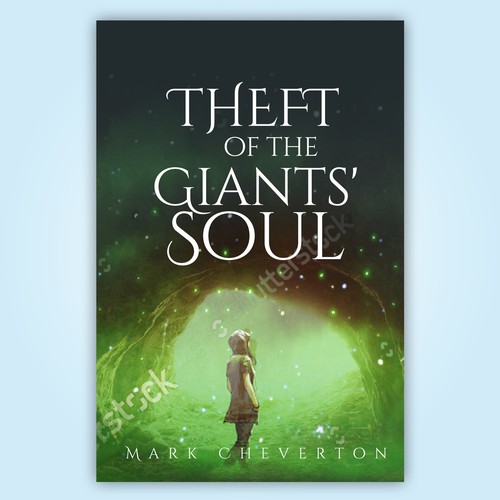 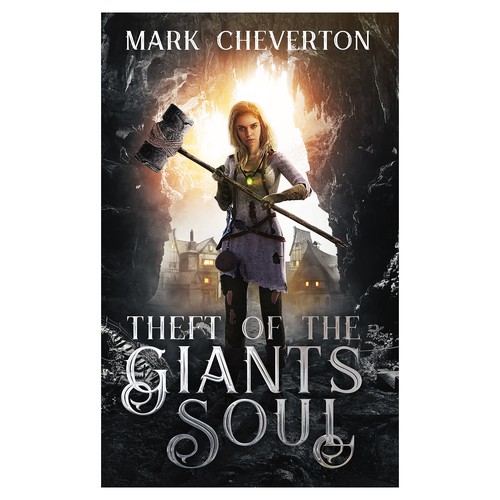 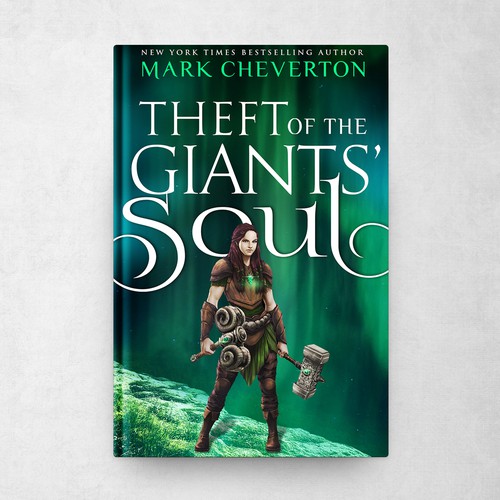 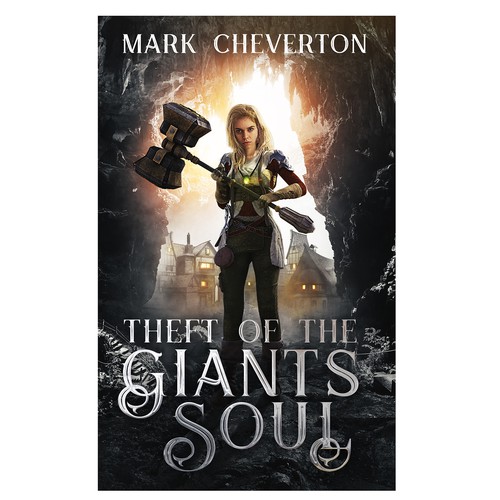 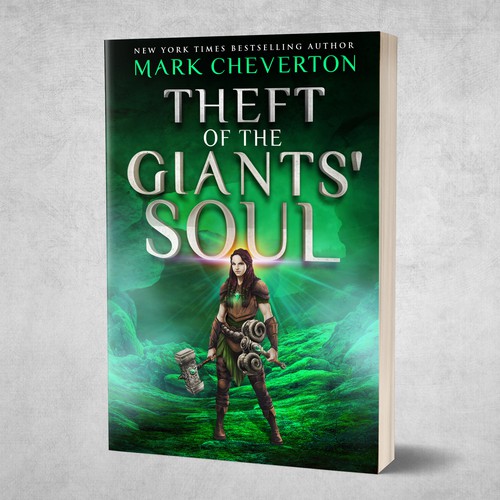 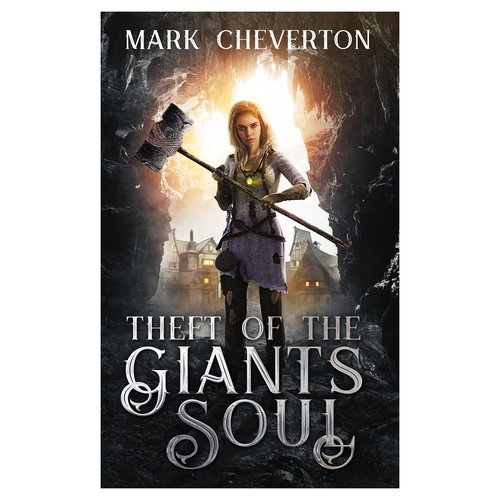 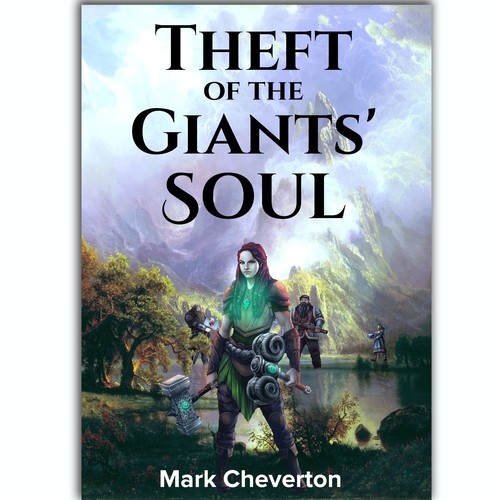 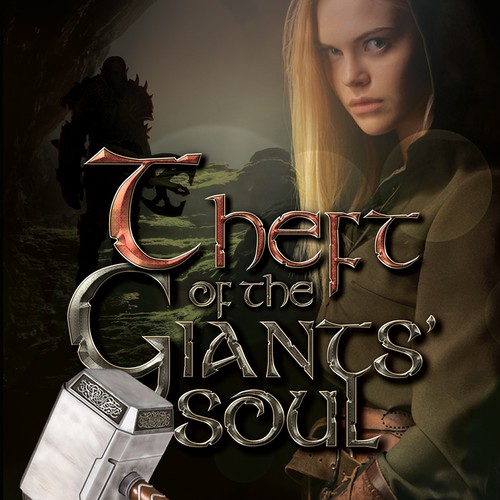 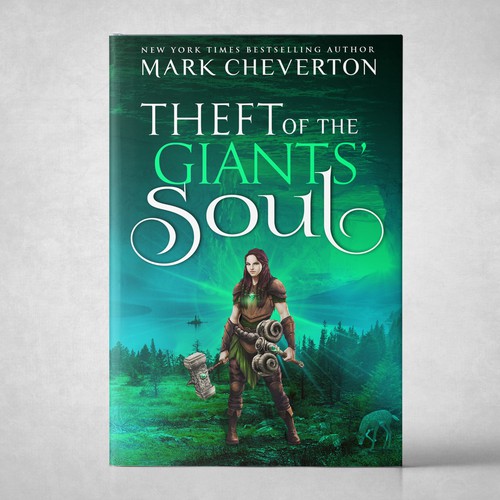 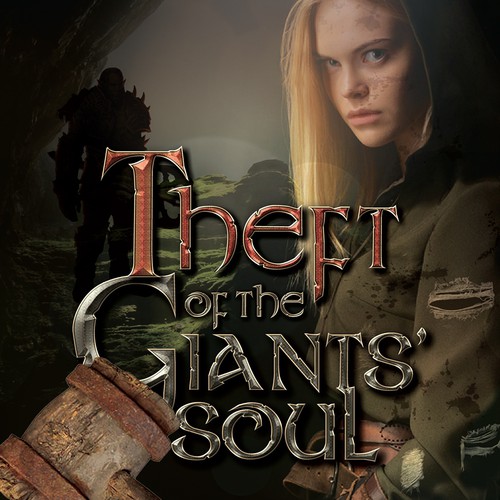 Theft of the Giants' Soul

Theft of the Giants' Soul is an action/adventure novel that follows two young giant siblings, Dianna and Jayson StormChaser, who are accused of stealing the GiantNation's most treasured heirloom, the TruthStone.

Kids ages 8-15 are the target audience.

A young girl, age 12, who is a giant, holding their warhammer, a speckled green and white stone (tree agate stone) hanging around their neck. long blond hair, poor clothing that is ripped and tattered, with patches. see http://www.markcheverton.com/giants for examples of giant. These giant images could be placed in the background as small figures, but the quality of these images are not very good, and the artist who created them was a low-cost artist; you get what you pay for! Important that the young girl looks poor. She's overlooking something, maybe a huge village in a gigantic cavern, or just a large cavern in the background. All of the book occurs underground, in either tunnels or huge caverns and caves. Being underground would be a requirement. It would be ideal if the young female giant is in the foreground and large, so she's easily visible on the bookshelf. If no art exists for than, then have the detail be in the cave, and the giant is in silhouette, but the warhammer needs to be clearly visible, and maybe just the tree agate stone has color to it around her neck. Ideally, I'd like a general color to the cover, so kids could call it the green-book, or the red-book. Then every book in the series would have a different color, see books by author, Jennifer Cano on Amazon.