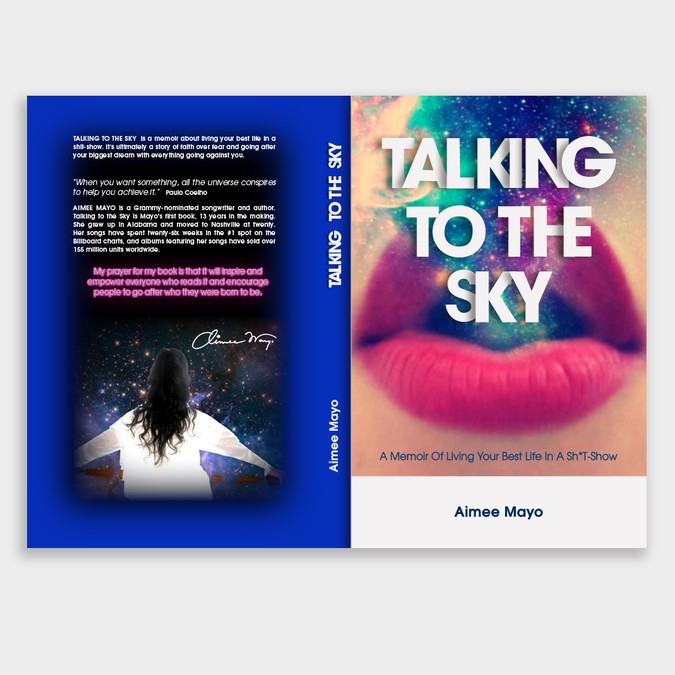 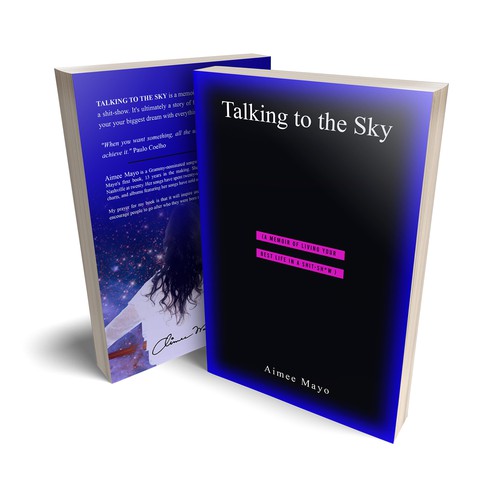 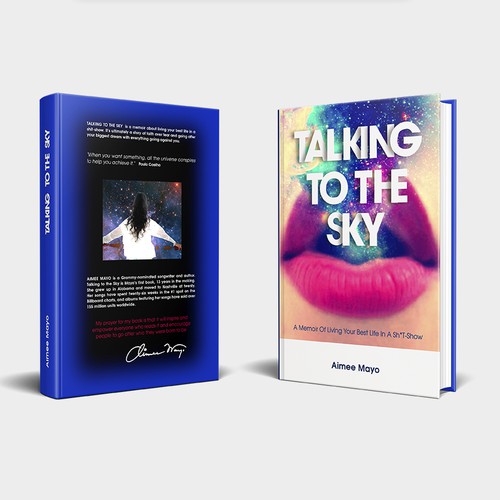 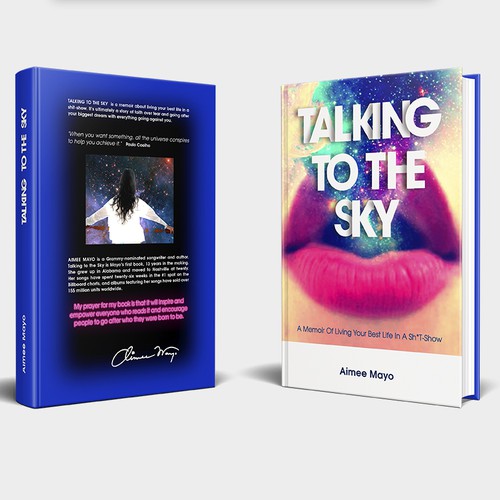 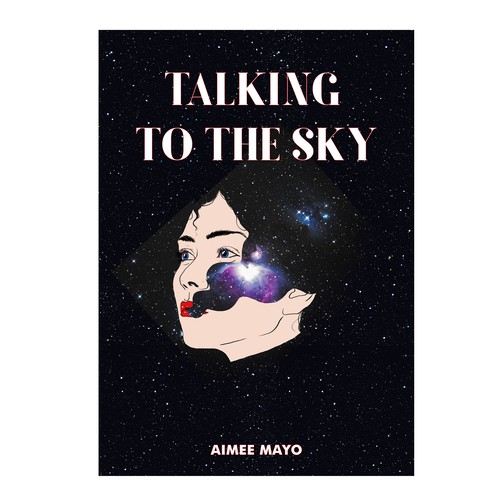 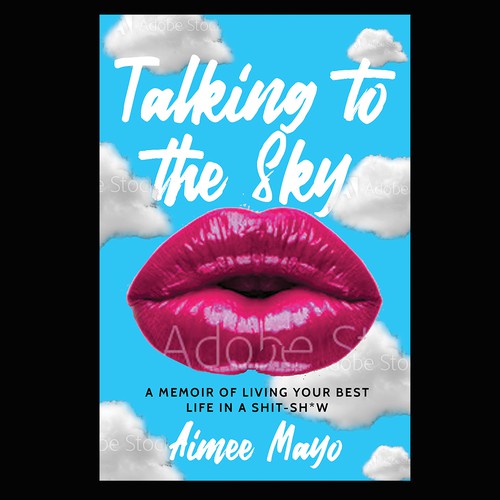 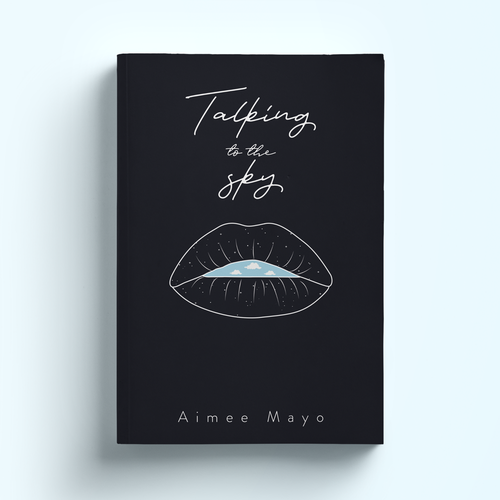 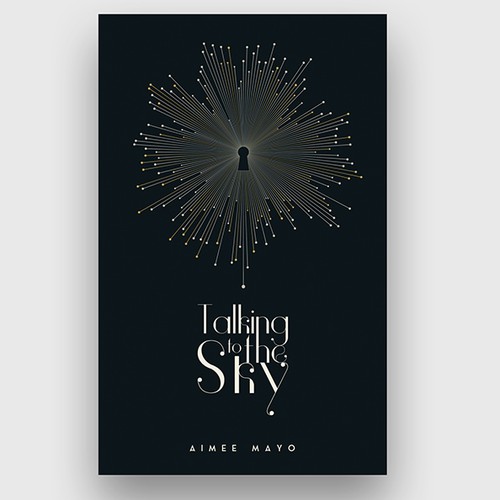 TALKING TO THE SKY

Aimee Mayo is a Grammy-nominated songwriter and author. Talking to the Sky is Mayo's first book, 13 years in the making.

Aimee grew up in Gadsden, Alabama, and moved to Nashville at twenty to write songs, but that turned into waiting tables. When she was 23, she had Her first song on the radio "Places I've Never Been by Mark Wills, and since then, her songs have spent twenty-six weeks in the #1 spot on the Billboard charts and albums featuring her songs have sold over 155 million units worldwide.

Throughout Aimee's nomadic childhood, she never lived anywhere for long. She bounced between her grandparents' homes in Gadsden, Alabama, and changed schools eleven times before fourth grade.

Aimee wrote her first song at the age of 8 with her father, Danny Mayo, a few months after her parent's divorce. According to her mother, Aimee always had a notebook with her and was obsessed with writing poetry.

As a teen, Aimee was surrounded by music. Her late father wrote hits for numerous country artists. Her brother Cory Mayo went on to write "You'll Be There," a hit for George Strait.

"Amazed," recorded by Lonestar that same year, is her most popular song to date. In 2004 it garnered an 8 Million Plays award from BMI, vaulting it into the top 125 songs in the BMI catalog out of 6.5 million works. "Amazed" also won ACM (Academy of Country Music) Song of the Year, NSAI Song of the Year, and crossed over to the pop charts and spent two weeks at the top of the Hot 100.

Mayo's song "This One's for the Girls," recorded by Martina McBride, went on to be a theme song for the morning show "The View." Aimee was also a judge on the TV show, "Can You Duet."

Aimee lives in Nashville, with her husband songwriter Chris Lindsey and their three children.

Talking to the Sky by Aimee Mayo
Summary

As a child, Aimee never had a place to call home- her family flitted in and out of her grandparents houses like fireflies through a hole in a screen door. She spent her gypsy childhood, caught in the chaotic wind of her father’s wild ideas and gambling debts. Changing schools constantly left giant gaps in her education and a longing for friends. Until- Aimee found a friend she could count on that would be waiting in each new town—the beautiful sky. She felt a deep connection gazing into the heavens and a sense that something BIG was watching over her, even if her parents weren't. But her favorite thing was that it never changed- blue in the day- black at night.

On Christmas Eve when Aimee was eight her father shot himself. Almost losing his life awakened something in Danny. He would never be a janitor again. The next month, he drove the family to Graceland and somehow acquired two cars that belonged to Elvis Presley. Aimee skipped school and zigzagged through the United States, selling Elvis souvenirs while her father put the cars on display at Chevy dealerships. Often leaving Aimee in dangerous situations until her luck ran out. A suitcase full of naked Polaroid’s Becky discovers leads her to divorce Danny for the second time and she quickly remarries a man Aimee’s instinct knows is bad news.

The next decade Aimee spends on a haywire seesaw soaring between life with her Mom and stepfather Mark and insane adventures with her Dad. Bouncing between parallel universes- humiliated and powerless from Mark’s beatings and weird abuse -then flung into a never-ending party with her father who enjoys living at various Fat Farms and is suddenly a millionaire.

Through it all she retains a curious “the sun will come out tomorrow” philosophy- planning and dreaming the extraordinary life she will lead as soon is she is free. At nineteen, her friends scatter away to Universities, her father gambles away fortunes but refuses to help Aimee get a car or go to college. Then a series of unrelated events: a death, a rape and a monstrous secret, leave her hopeless and trapped in deep Alabama. The realization that her path will likely follow generations of women in her family-, who endured abusive men, buried their desires and survived more than lived. Next comes the night that changes everything. It begins blind drunk on the rusty hood of her Dodge Laser screaming at the starry sky and ends with an empty Jagermeister bottle in a pool of blood in the bathroom floor.

A month later- Aimee arrives in Nashville and moves in with her father where she sees the full spectrum of his mental illness and manipulation. His filthy apartment is a carousel of insanity: pot bellied pigs, a galaxy of women, famous singers, angry officers, hallucinogenic drugs, illegal guns and explosives. At nineteen, Aimee impulsively marries a country music singer and finds herself in the biggest mess she has ever made. Their condo is just a different cage where a different man controls her. But Aimee’s heart is a heat-seeking missile to becoming a songwriter and creating the life that she’s always dreamed of and she’s not about to give up now.

Talking to the Sky by Aimee Mayo is ultimately a story of faith over fear and a search for freedom. It is a reminder that we all can overcome incredible obstacles and to never give up on a dream.

Hopefully everyone—-I’m happy that men are loving it as much as women!
I've been writing this book for 13 YEARS, so it's like my heart on paper.

I’ve narrowed it down

I don’t like crowded, cluttered book covers that are hard to read. It would be great to recognize the book as a thumb nail too.
I love Simple- Minimal, but Awesome.